Taking a Step Back
In our last installment of Project Integra, the B18C engine was pumping nearly 180 hp in 50-state legal trim but the engine had a ferocious thirst for oil. Our engine was consuming nearly one quart every 150 miles. We had a feeling the piston rings were on their way out so we made the decision that
Staff Report – Sep 13, 2006
SuperStreetOnline
SuperStreetOnline Magazine
how to 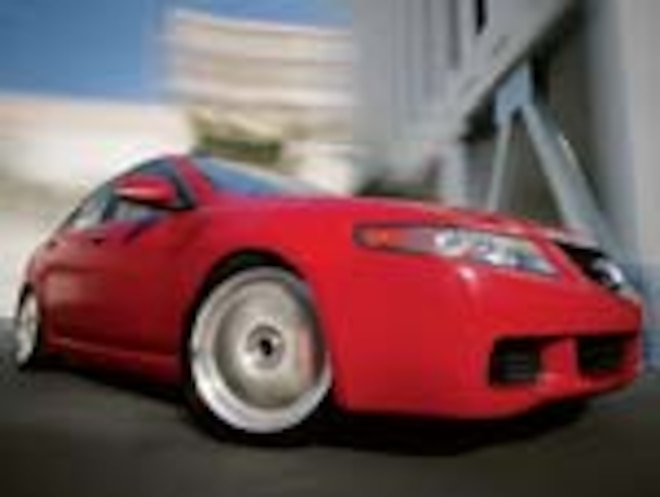 SuperStreetOnline how to
Project Acura TSX Vs BMW M3 - Beat A BMW M3
Project TSX's aim is simple, but by no means easy: beat an M3. Trounce the Teuton with well-planned bolt-ons. Best the Kraut in handling, braking, acceleration and even styling.
May 1, 2005

Bada Boom
DB1 is the chassis code for our '90 Integra sedan project. We give the code new context in the next couple of project installments as we pack the DB1 with lots and lots of db's--decibels!
Aug 1, 2004
SuperStreetOnline
SuperStreetOnline Magazine
how to

Project 200 Integra: Skunk2 And AEM Come To The Rescue
For those of you who've been following Project Integra, we left off making 196.6 hp to the front wheels. And we're still trying to squeak out the last 3.4 hp to attain our goal. Besides producing horsepower, we want a car that performs well on the streets and
Robert Choo – Feb 26, 2004
SuperStreetOnline
SuperStreetOnline Magazine
how to

Project Acura Integra - 196.6 Down: 3.4 To Go
The Power Quest Continues
Nov 9, 2003
SuperStreetOnline how to
Project 200-WHP Integra
In the last installment of our all-motor saga, we were able to make improvements with the help of Crower cams and Skunk2 adjustable cam gears. The two modifications pumped up Project 200's horsepower output by 13.6 peak hp, and pushing the Integra's output fro
Robert Choo – Aug 18, 2003