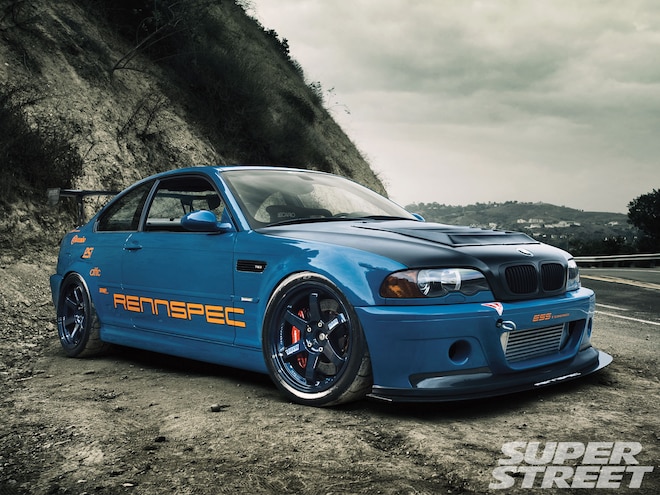 European Car how to
BMW M3 - Version M3.2 - Project
Read this article about a BMW M3 which was bought used and customized for street and track.
Jason Mulroney – May 29, 2007

Project BMW E36 M3 - Part 27
I'm in love with this car all over again.My apologies for those awaiting an update on Project M3 the past several months, but we had to overcome some serious hurdles throughout 2004 and 2005. I am pleased to report that all is now well.
Pablo Mazlumian – Dec 21, 2006
European Car
European Car Magazine
how to

Project BMW E46 M3 - The Beginning
More than six years ago I was fortunate enough to be one of the first journalists to drive the new generation E46 M3. The previous E36 M3 was perhaps the most balanced and inspiring car in the world; I thought BMW could never better it. I thought wrong.
Aug 3, 2006
European Car
European Car Magazine
how to

2001 BMW M3 Convertible: Long-term Wrapup
The M3 is the brawniest-looking car you're likely to see on the road today. Take it up a mountain road loaded with sightseers who insist on doing exactly the speed limit, or slightly under. Normally, they will drive for miles before letting you by, if they eve
Dan Barnes – Nov 15, 2002
European Car cars
2001 BMW M3 Convertible Part 1: Intro
There have been many weekends in my life I've anticipated with great excitement. It had been a long time, however, since I'd looked forward to a weekend like I did last September.
Pablo Mazlumian – Jul 30, 2002

European Car cars
2001 BMW M3 Convertible Part 2: Update
One of the major tenets of the Shaker communal groups whose innovative farms once flourished in America was, "Every force evolves a form," and I think this phrase neatly sums up a dynamic at work within BMW. The "force" in this case radiates from BMW's 30-year
Greg N. Brown – Jul 30, 2002

European Car cars
2001 BMW M3 Convertible Part 4: Update
It was Friday, a good day for Thai food, and I knew this great place across town with gorgeous waitresses and Singha on draft. I took a bunch of IT guys to lunch in an effort to shake a new iMac from their budget. Ply 'em with noodles and beer. We piled in the
Jul 30, 2002

2001 BMW M3 Convertible Part 3: Update
When Editor Brown told me we were getting a long-term M3, I nearly wet myself. I loved our long-term 330i. I loved driving it, I loved riding in it. The Laguna Seca Blue M3 Coupe I drove early last year was even better. It looked cool. It made people freak out
Dan Barnes – Jul 30, 2002
THE END. CHECK BACK LATER FOR MORE CONTENT.