The Bentley’s all-wheel drive wins friends in the rain

We all know supercars are a compromise. Sleek and low, they’re usually impractical and sometimes uncomfortable. Many are also rear-wheel drive, which can be a liability in bad weather, where wide rubber and poor visibility become a handicap.

These were issues we considered cosseted inside Bentley’s second generation GT Speed. It kept us warm, dry and safe during a heavy rainstorm that battered the normally sunny Cote d’Azur.

Rain is rarely welcome, especially when we’re attempting to appraise a powerful car, but the foul weather revealed a positive side of the GT Speed’s character and an ability we’d not previously seen.

As other cars pick their path over the sodden surface, the permanent four-wheel drive system perfectly distributed the Bentley’s massive torque to the tarmac. The peerless traction and its 5114 lb mass was reassuring in the awful conditions. We quickly decided there wasn’t another car we’d rather be in.

This first impression was bolstered in the hills, away from the busy coastal area. On empty roads, we picked up the pace. Yet as the route became ever more twisty, the extent of the Bentley’s ability on wet tarmac became more apparent.

Using the full extent of the massive engine to sprint between bends soon felt instinctive, with no wheelspin or histrionics, the 616hp was effectively distributed to all four wheels.

The standard GT was always supremely competent but rather aloof. But the GT Speed’s firmer air suspension settings, harder bushings and uprated sway bars made you feel more connected, delivering more involvement without detracting from the overall comfort.

When negotiating a bend, the Bentley’s speed-sensitive hydraulic system was spot-on in terms of turn-in rate, weight, feedback and even the size of the steering wheel. So when pressing along a twisty road, it allowed you to make measured course adjustments effortlessly.

The Torsen center differential now delivers 60% of the power to the rear, minimizing understeer and disguising the heavy W12 motor in the nose. Again, you can feel the effect more readily on a slippery road, with the extra horsepower shunted rearwards to reduce understeer into the bends.

Torque is the key to effortless progress, or “waftability” as Bentley calls it. With the 5998cc W12 further enhanced by large turbochargers and ECU software similar to the more powerful Continental Supersports model, the important numbers for the GT Speed are 616hp at 6000rpm with a whopping 590 lb-ft of torque at just 1700rpm.

This represents 74 lb-ft more than the regular GT and, because torque gives you acceleration while horsepower gives you top speed, the extra twist makes a bigger difference in daily driving than the extra 50hp at the top-end. So the GT Speed feels like a musclecar, albeit a super-refined one.

Against the stopwatch, the GT Speed’s 0-60mph in 4sec puts it 0.3sec ahead of the GT. However, the in-gear acceleration is more noticeable, thanks to the closer ratios of the eight-speed ZF automatic, and its ability to block downshift, dropping from eighth to third gear if necessary.

If you can find an open stretch of autobahn, top speed has increased from 198mph to 205mph, making the GT Speed faster than many supercars.

The less restrictive exhaust, which is unique to the GT Speed, delivers a more inspiring growl under acceleration, particularly in Sport mode. Yet when you throttle back in Comfort mode, the aural signature fades to a deep whisper, revealing the other side of the car’s character. The car wafts along effortlessly, giving it a duality of character no supercar can match.

Visually, the Bentley gets 21" wheels, dark tinted mesh on the radiator grille and the huge, rifled exhaust tailpipes to distinguish the GT Speed from its lesser brethren.

Inside, the hand-finished cabin includes the Mulliner Driving Specification, which means diamond-stitched leather upholstery, drilled pedals and a unique shift knob. You can also have the ‘engine spin’ metal dashboard trim in a dark grey tint to match the grille insert.

As an everyday conveyance, the GT Speed is a practical alternative to a supercar, melding genuine 200mph performance with an exciting driving experience that might not be the last word in involvement, yet never ceases to amaze with its balance and refinement. 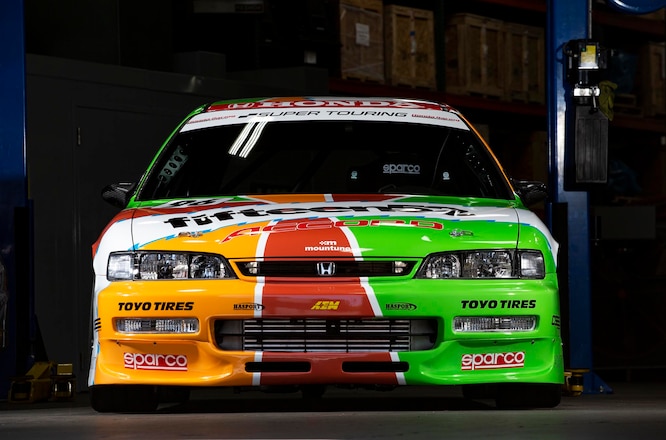 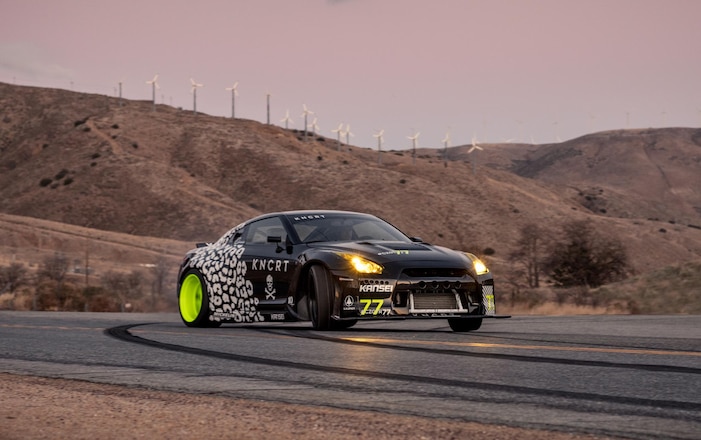 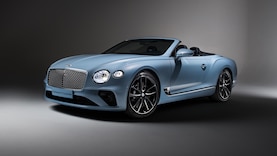 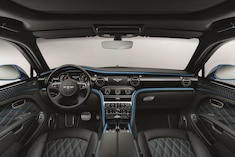