- Cons Not as much fun as expected | Significant premium over X3

We all thought it was the car nobody needed, the answer to a question that hadn't been asked. And yet the BMW X6 coupe Sports Activity Vehicles (SAV) has been phenomenally successful since its arrival.

Ever since the Spartanburg, NC-built X5 was launched in 1999, the big SAVs have been a huge hit in showrooms worldwide. So in order to capitalize on its popularity, the X5 was followed by the smaller X3, then the oddball X6, before the baby X1 arrived on our shores last year.

And with a certain inevitability, once the 4 Series range of cars was announced, an X4 has followed close behind, offering a mini-X6 for people who admire but can't afford the fullsize truck.

The X4 is supposedly a more stylish, sportier version of the X3, upon which it's heavily based. It's a little longer, quite a bit lower, and possesses a sweeping roofline that, as with the X6, should remind you more of a coupe and less of an all- terrain workhorse. 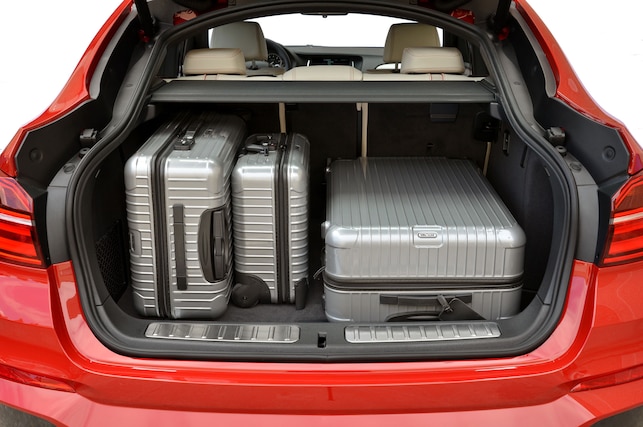 Whether you like the X4 styling is down to personal taste, but it's one of those contentious designs that looks far better in the metal than in photographs. And with more than 250,000 buyers putting cash down for an X6, we suspect the X4 will be equally popular.

From a stylistic standpoint, the X4 M Sport we tested wasn't perhaps the best example of the new car. The problem is that all the aggressive styling elements that differentiate the front end from the X3 are color-matched. So we preferred the lesser models, with the front end in either silver or black, depending on the model, to better define the X4's face. 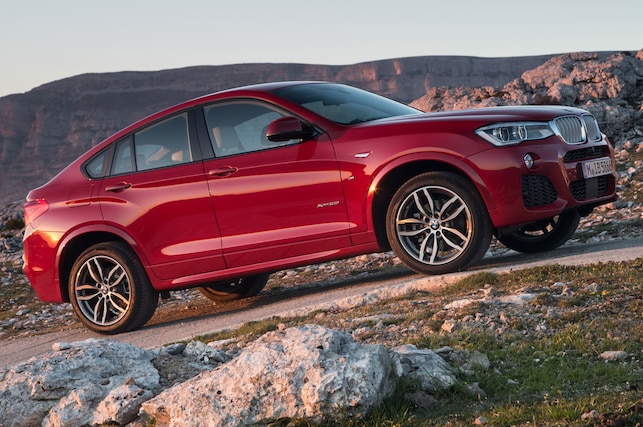 You'll pay significantly more for the less-capacious X4 than the X3. The X4 xDrive28i (2.0T) is $4,300 more than the equivalent X3, while the larger xDrive35i commands a $2,900 premium thanks to an extra standard kit offsetting the price hike.

With a starting sticker of $45,625 for the 2.0L, it might be pricey in some people's eyes, although premium-branded products always tend to sell well. It puts the X4 right in Range Rover Evoque territory, for example, which sells from $42,025. 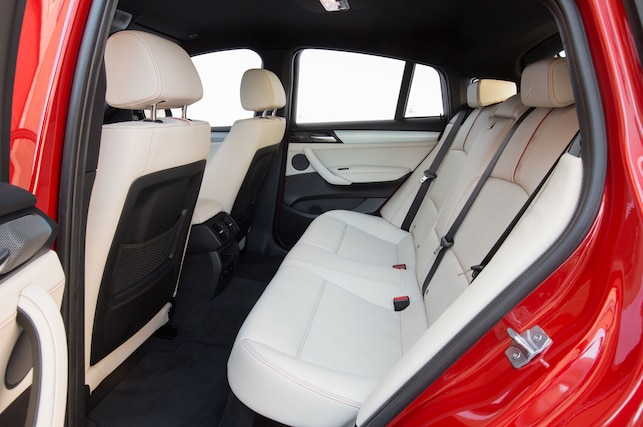 You do, at least, get some extra toys over the X3 to mitigate the cost, if the styling and driving dynamics aren't enough. BMW will throw in an automatic opening tailgate-which can be further optioned up with the Smart Opener, allowing you to pop the trunk with your foot under the car. It also gets a sports leather steering wheel with paddle shifters, variable sports steering assistance, Performance Control, and rear Park Distance Control.

Compared to an X3, the front occupants sit roughly 0.8 inch lower, with the rear bench dropped 1.1 inches to offset the 1.4-inch-lower roofline of the X4. This has a twofold return, not just in trying to preserve headroom but also in making the center of gravity lower for a sporty drive.

BMW hasn't done a bad job, as the coupe doesn't feel cramped. The cargo area remains usable, with a flat floor, 17.7 cubic feet of load space with the 40:20:40 split rear seats up, or a generous 49.4 cubic feet with them down. Naturally, the X3 beats it for loading capacity.

BMW showcased its new generation of switchgear, which we can expect to see across all other product offerings soon. There are fresh graphics alongside revised controls for the climate system, and it all feels suitably premium.

Trying to offer sharper handling than the X3 could be viewed as an exercise in futility, because the midsized SAV is already one of the finest driving vehicles in its class. However, BMW has managed to pull it off, with the X4 getting its own spring, damper, and antiroll bar rates, plus a unique steering rack to polish the X3 chassis further. The outcome is an SAV that just grips and grips, and then grips some more.

The X4 doesn't have the torque-vectoring rear diff of the X6, but it remains phenomenally agile for something this weighty and tall. The speed it carries on a twisty road is further aided by this wonderful drivetrain; the eight-speed 'box blips the revs on downshifts and offers whip-crack ratio swaps at all times. The mighty straight-six turbo endows it with plenty of straight-line pace, and the brakes are mighty capable, which allows you to hustle with ease. 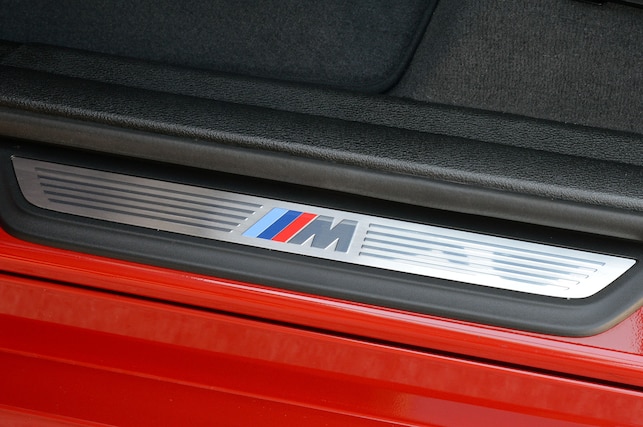 Sadly, the X4 isn't perfect. In the more sporting modes offered via the Performance Control switch, the ride can be harsh-a consequence of the taut body control. But, more importantly, the chassis is inert, offering little involvement beyond that monster traction and hampered by lifeless steering. So while you can cover ground at an indecent rate, it's unlikely you'd take the X4 out for the hell of it.

Logically, the X4 was inevitable once the X6 proved its fiscal worth. And the execution is, as you'd expect, almost faultless. The X4 sits in a unique position-it offers something different to potential X3 buyers who don't need to move tons of gear around. Yet you can't ignore the substantial price premium over its sibling, the presence of the excellent 3 Series Touring (also available in xDrive), as well as the healthy competition from the capable Evoque.