A fun crossover with plenty of space and a luxurious interior 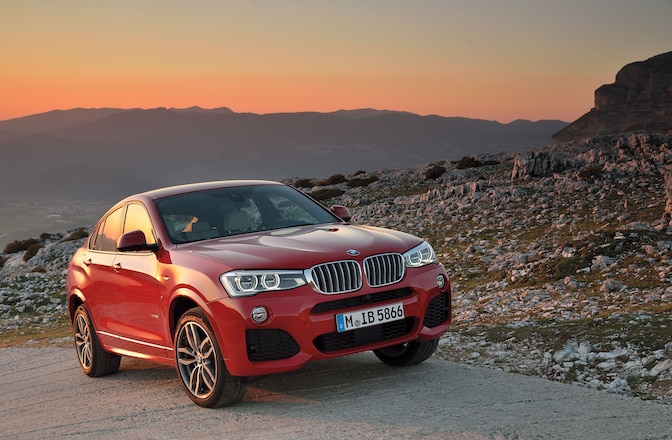 BMW is rolling out its newest specialized entry into a rather crowded arena. The 2015 X4 is four-door coupe-like crossover facing competition from more traditional SUVs, sedans, station wagons, actual four-door coupes, and some sort of slightly less lifted but taller roofed crossover vehicles. The strangest part: All the cars just listed are also from BMW. 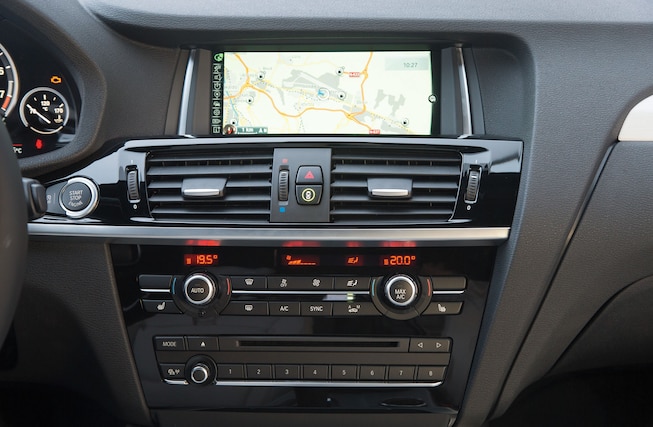 First, like the X6 is related to an X5, the X4 is basically a sexier version of its platform mate, the X3. It shares powertrains and many other mechanical components, and even the interior is a cloned X3. The main difference is that the X4 stretches the front occupants out a bit more, to the detriment of those in the back. That, combined with the low roofline, means 1.7 inches less of both legroom and headroom in the X4. The X3, even with its tall roof, only manages an extra 10 percent more space in the luggage compartment: 550 liters, compared with the X4's 500. For reference, the 3 Series GT has 520 liters, while the 3 Series Sports Wagon makes do with 495. 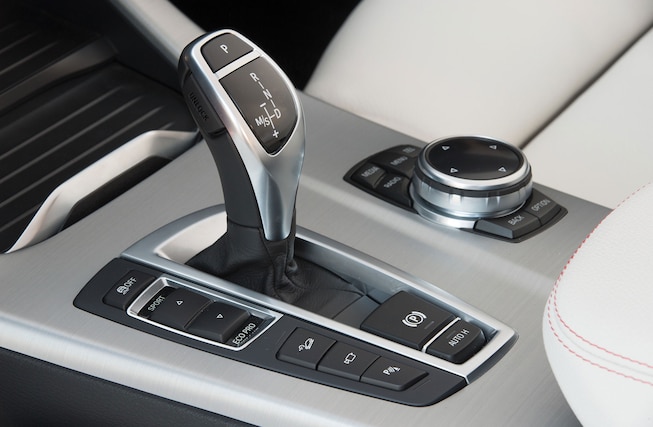 The interior never feels cramped in the front. Adult passengers may not want to sit in the back for a road trip, but it's bearable around town. Taller passengers in skirts or dresses may have a tough time not having a Hollywood starlet moment with the combination of high floor, low seat, and low door opening. It's still easy, however, to load a child into a car seat.

Material quality is typical of BMWs in the mid-$40,000 base price area, which is to say rather nice. While this might be a less expensive alternative to the X6, it certainly doesn't look it from the outside. The size and proportions really make it stand out amid Southern California's sea of 3 Series, and you don't look just like any other SUV driver.

The X4 xDrive28i doesn't stand out as much in performance, at least not in a straight line. The last 328 GT xDrive we tested hit 60 mph in 5.9 seconds; this X4 is noticeably slower at 6.3 seconds. Likewise in the quarter-mile, the GT managed a 14.5-second run at 95.1 mph. The X4 did 15 seconds flat at 89.7 mph. Both are powered by the same 248hp, turbocharged 2.0L four-cylinder bolted to an eight-speed automatic.

This X4 weighs 4,145 pounds, while the GT tipped the scales at 3,959 pounds. That difference doesn't sound like much, but it's perceptible on the street. It may be more about tuning, but the X4 feels slower and requires far more effort. It almost begs to be driven in Sport Mode and to keep the engine spinning energetically. That's fine when you feel like a sporty drive, but a frenetic engine can soon get old in rush-hour traffic. I love BMW's turbo four, but it feels a bit out of its element here. 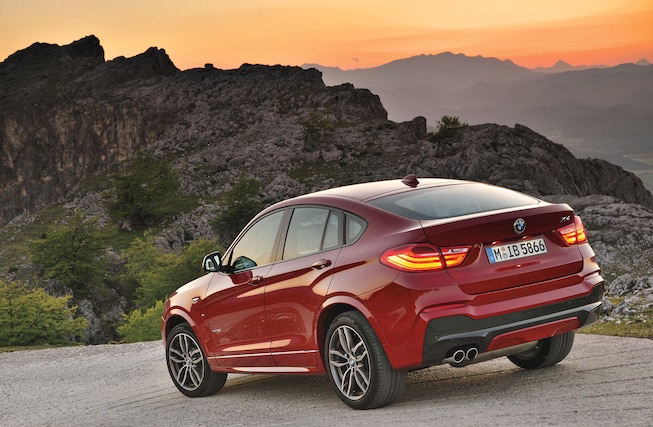 The suspension tuning might also be slightly to blame. In most BMWs, I would describe the suspension as firm but never harsh. The X4 crosses the line to harsh without apology. I know there has to be some differentiation between the X3 and X4, but perhaps it should have been more the styling than the tuning. Of all the variations mentioned earlier, the X4 has the worst ride quality.

That said, it does pretty well around the figure-8 and being driven hard on the road. Cornering is flat and turn-in is responsive for a vehicle this tall. Unfortunately, physics still wins and the X4 lags behind the lower-set 328 GT in lap time. The X4 completes the figure in 27 seconds flat; the GT nips it at 26.6 seconds. 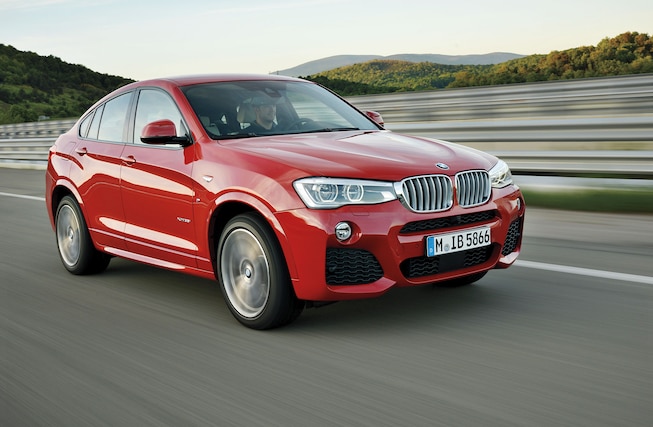 The GT feels less composed, though, and exhibits more body movement, so it isn't as rewarding to drive. We tested a rear-drive 328i Sport sedan (back in 2012) that turned in a 25.9-second lap. I'll also note that the 328i is an absolute dream to drive around the figure-8.

Perhaps quantitative testing is the wrong way to look at the X4. This isn't a "numbers" car and, unlike the X6, I never had any desire to take it to a track. This car is about style and giving buyers of compact SUVs another option. 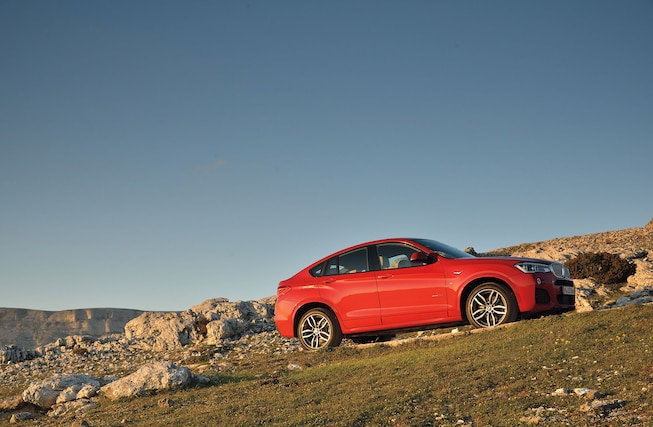 For a small family, this thing would be great. It offers a decent amount of space, a luxurious interior, and a fun drive. You could choose worse cars to pull up in at the next PTA meeting. So far, the X6 has been a big hit for BMW, and we can't imagine the X4 not following suit. While I would probably choose a 328d xDrive Sport Wagon, there are a fair number of people who wouldn't be caught dead in such a vehicle. I'm sure all our readers are more enlightened than that.

Our tester came in at $54,550 and felt decently equipped, but I have a feeling most will leave the lot with an even higher price. For an extra $3,300, you can get BMW's glorious 300hp, turbocharged, 3.0L six-cylinder. If the X4 is the SUV for you, look into that bigger engine. 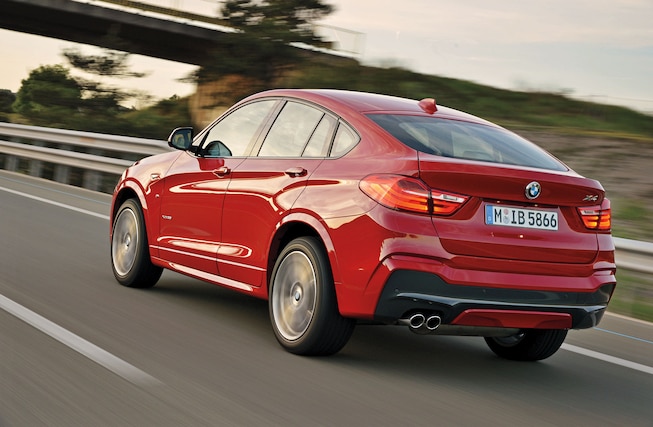 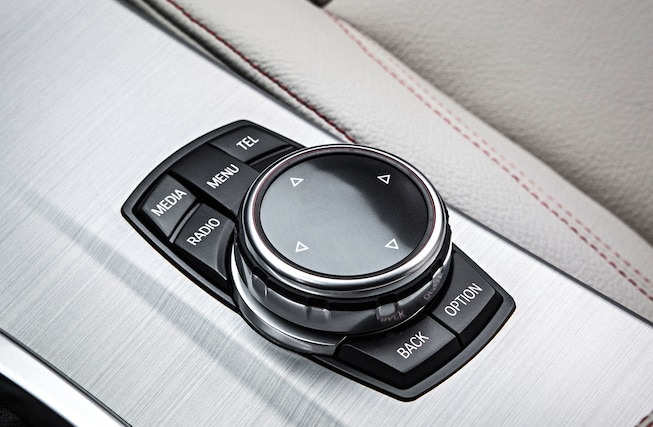