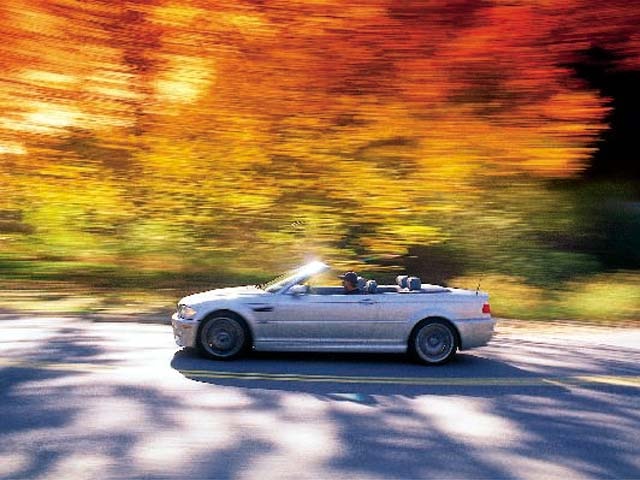 When Editor Brown told me we were getting a long-term M3, I nearly wet myself. I loved our long-term 330i. I loved driving it, I loved riding in it. The Laguna Seca Blue M3 Coupe I drove early last year was even better. It looked cool. It made people freak out. Even just driving down the highway with traffic, it had a lively, poised feeling as if it were ready to leap and kill something. I could hardly wait until our new M3 arrived. The thought that we are all a bunch of lucky bastards with the best jobs in the world crossed my mind.

Despite that, it wasn't until a few weeks ago that I drove the M3 for more than 10 minutes. Partly this was due to an extended absence on the part of the car. It arrived in mid July and Editor Brown's gentle break-in was complete by the end of August. On September 10, with 6,005 miles on the odometer, the clutch suddenly ceased to function.

No one who had driven the car would admit to any high-rpm clutch drops, but the rivets that held the lining to the disc had broken. BMW said the only cause could be abusive driving, and they were not happy--nor was Editor Brown. At the same time, a recall fix involving the screws that hold the parking brake cables to the backing plate was carried out. The tab to repair the clutch was $539.28 in parts and $1037.23 in labor at Crevier BMW in Santa Ana, Calif. Other local dealers suggested these costs were higher than they should have been, and correct procedure meant the flywheel should have been replaced as well--it wasn't.

Perhaps due to the unpleasant aura of the situation, I was not eager to push to the front of the line for its keys when the M3 returned. The boss finally threw them to me for the weekend just about the time my roommates were beginning to ask why the M3 hadn't been in our driveway yet.

I needed a road trip anyway, and what better car? I pulled out the maps and aimed generally south and east, into mountains I knew little about and had never explored. I was utterly spent, passing out on my bed at the end of 8 hours and 360 miles. There were moments of brilliance. Finally driving a well-known road I had seen only at its ends. The big-cylinder bass of the exhaust at low speeds and its shriek at 7000 rpm.

Breathtakingly beautiful alpine meadows and lakes I didn't know existed. Driving top-down through the desert under the stars. Smelling the horses. Being able to pass that lumbering Corvette and the minivan it was holding up. Figuring out I had taken a wrong turn, and getting to do the road again the other way.

Not all was perfect. Forty-five miles per hour is not a very good average--credit not enough road and too many people. I ran out of mostly empty twisties about the same time I ran out of daylight. Through the midrange, the S54 engine makes a metallic, mechanical din. Perhaps it could benefit from some exhaust tuning, if only for a better sound. The 366 lb (3,781 total) by which BMW states the Convertible outweighs the Coupe takes the edge right off the power-to-weight ratio, causing one to subconsciously question whether the high-strung nature of its 333-bhp engine is really justified by the car's performance.

I was warned about squeaks and rattles in the top. I noticed them only when the air was cool, though they were indeed irritating in a $56,000 car. As this is written, it is away for routine service; it has been promised the offending noisy bits will be flushed out as well. Chassis flex, shimmy and shudder are noticeable when getting into it on back roads and when cruising on rough freeways. The Coupe doesn't just handle better, it rides better, too.

As an instrument for recalibrating one's mental state, the "lifestyle M3" falls shy of the expectations set by the Coupe. It is certainly an excellent car to be seen in, though. Several SUV-driving female inhabitants of Newport Beach smiled brightly at me while I was getting in it, despite me being all sweaty and nasty from a workout. Apart from the Miata, this is the first car I have ever driven home that gained positive attention from a woman I didn't already know. Perhaps it is in my head, but I'm pretty sure I'm not imagining the looks. Personally, I prefer to be around people who aren't impressed by what I drive. As much good as I have to say about BMWs in general, I am clearly not the audience for several of its models.

Still, while my time with this car was not the euphoric experience I had hoped, I am looking forward to its return so I can try again. Maybe BMW has this junkie hooked, after all. 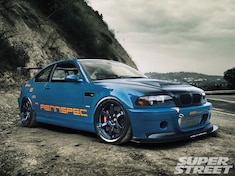