This time it's serious

The United States has been known to get the short end of the stick from foreign manufacturers. Because of cost, emissions laws, safety regulations—or even just different tastes—enthusiasts have felt the lack of love on all sorts of cars that come to our shores. Not this time. We finally got behind the wheel of the '15 Volkswagen Golf R that will go on sale in the USA and it's just as good as any of them.

Volkswagen had already allowed us to drive the MkVII Golf R on a frozen Swedish lake. While fun, drifting on a sheet of snow-covered ice doesn't provide much information beyond how well the defroster and heated seats work (really well, as it happens). Then VW shipped over a Euro-spec version. Most who drove it loved it, but lamented that we would surely get less horsepower, that the adaptive suspension would be a pipe dream for the States, and the idea of a VW offering both a manual and a DSG just couldn't happen here.

Well, guess what? We're getting it all. The Launch Editions offer everything but the manual transmission and that arrives in 2016. We get the same 292hp, 2.0L engine as the Europeans, rated at the same 280 lb-ft of torque. For an apples-to-pears comparison, the Euro-spec Golf R manual we tested hit 60 mph from a standstill in just 4.9 seconds. It wasn't so long ago that it would have taken a 911 to perform such a feat. The U.S.-spec DSG-equipped car does zero to 60 mph in just 4.5 seconds. That is legitimately fast. We are anxious to test a manual equivalent to get an actual comparison with the Euro-spec car.

The quarter-mile run returns the same performance gap, with the Euro-spec car running 13.5 seconds at 101.3 mph. The U.S. version clocked 13.1 at 104.9 mph. Both cars were riding on 235/35 Bridgestone RE050A tires. At 3,384 pounds, the DSG car was nearly 100 pounds heavier than the manual's 3,287 pounds. This might go some way in explaining why the manual stopped in 104 feet and the DSG in 108. Four feet may not seem like a huge difference, but it's enough to notice in the world of performance testing.

On the figure-8 track, the numbers are similarly close. The Euro-spec car did a lap in 25 seconds flat. A victory for Team America with our Golf R beating it by a tenth at 24.9 seconds. Perhaps more importantly, both cars felt the same. Gone are the days when buying the stock European springs were a Stage One upgrade for a North American car. Also, another victory for Americans: our Golf R has completely defeatable stability control. There is also a Sport Mode that only intervenes (like the GTI) when things are way out of hand. But if you want to get out of hand, that's now an option.

On public roads, the Golf R is phenomenal. The GTI is still the ultimate hot hatch, but this is something different. The MkVI Golf R was good, but this is a shift in the same way the 996 Turbo changed the perception of the top 911. It's fast and corners like a sports car, but does it with so little effort. On top of that, it can move the contents of a small apartment with the rear seats down.

At this point, it's probably fair to mention the competition the Golf R will be fighting in the U.S. market. Volkswagen reckons it will be the BMW M235i xDrive Coupe, Mercedes-AMG CLA45 and, the R's sister in Ingolstadt, the Audi S3. Any of these will cost an additional $10,000 or above when equipped to corresponding levels.

An informal comparison with the M235i xDrive found that the Golf R would be far easier to live with in terms of practicality and comfort. The BMW delivers a different driving experience. By sacrificing space, you get a car that feels closer to a sports machine. It feels substantially more powerful with its turbocharged six-cylinder.

The CLA45 provides the cachet of driving an AMG, plus the power is just nuts. It sounds amazing as well. But ultimately, passengers in the back seats had better be small. The S3 is a strange comparison, even though most of the hardware is the same as the VW. With a swooping roofline similar to the CLA, rear-seat usability is not nearly as good as the Golf. Also, while the R's interior is a study in German ergonomics, the Audi is a master class in minimalism. The S3 feels more modern, but looks a bit stark next to the R.

The real story is the price difference. Once the base Golf R is available, it will start at $37,415 (including delivery). The BMW is $45,850, the Mercedes comes in at $49,425, and the Audi at $41,995. However, things like heated seats, keyless ignition, rearview camera, premium sound, top-level sports seats, and even leather are extra on the more expensive cars. Those things add up quickly. The extras on our test car are 19-inch alloys, navigation and DCC adaptive classic control.

For value and utility, nothing really matches up to the Golf R. At least not yet. Ford has just announced the 315hp Focus RS, which, if the Focus ST is any indication, will be some strong temptation. There is also the rumored Dodge Dart SRT. Neither car will be a rival in build or material quality, but the RS should certainly compete in handling; the SRT might compete on price.

The limited number of '15 Launch Edition versions are already sold out, but 2016 brings a choice of DSG or traditional manual transmission. Adding the third pedal will also result in a discount of $1,100. Volkswagen has been accused of pandering too much to the mainstream in recent years, but if the MkVII GTI didn't change anyone's mind about the company's commitment to enthusiasts, the Golf R certainly will. 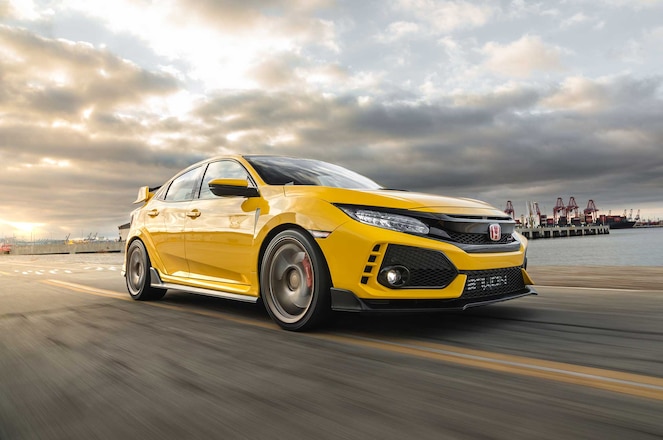 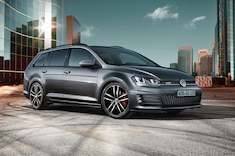 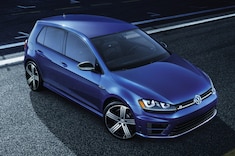 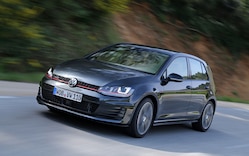 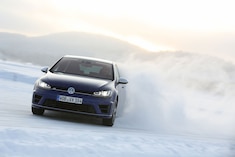