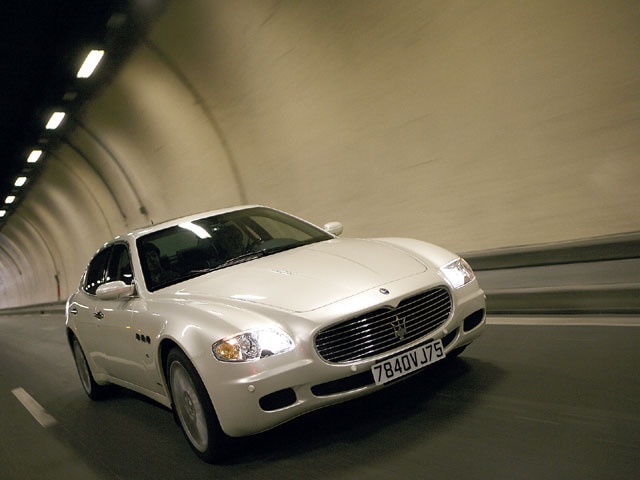 Monaco. It's appropriate that our first drive of Maserati's new Quattroporte Automatic is in a place that exemplifies the beautiful life. Even though it's been around since 2004 and remains visually unchanged for 2007, this stunning Pininfarina-styled sedan still attracts plenty of covetous glances in a place where Lambos, Bentleys and Ferraris are as common as the luxury condos that crowd this tiny principality. But what the admiring Monegasques don't know is that the Quattroporte now claims a previously missing inner beauty.

Credit this transformation to a conventional six-speed, torque converter automatic transmission. The idea might cause techno-istas to scream about being backward-looking, or the cognoscenti to mutter about poseurs who don't like to drive, but this new, unique-to-Maserati ZF gearbox is a great leap forward. Offered as a $1,250 alternative to the Ferrari-sourced DuoSelect automatic manual, the ZF makes a world of difference to the car's driveability and does little to compromise the more sporting qualities that have made the car such a success.

The Quattroporte's appeal was always compromised by the DuoSelect's sometimes stuttering action, which was especially irritating in urban traffic. The most recent iteration of DuoSelect is greatly improved, but it can't match the creamy-smooth selection from Lexus and Mercedes-Benz. Nor does the DuoSelect come close to the ease and precision of using this new ZF automatic, which operates as slickly as the Casino's banco dealer.

Fitting the ZF is a major deal. The DuoSelect is a transaxle layout, with the rear-mounted transmission connected to the engine with a torque tube. The ZF, in contrast, sits in the conventional spot, up front behind the engine, meaning several powertrain modifications, including a new rear suspension subframe, a wet sump oiling system in lieu of the DS's dry sump (the wet sump uses a single oil pump and also is quieter), a redesigned block with minor alterations to certain auxiliaries, and a prop shaft in place of the torque tube. The weight gain is about 44 pounds, but despite this change in configuration, a favorable, slightly rear-biased weight distribution is retained.

The V8 engine also receives a few tuning and packaging mods. The manifold has been reworked and the new cam covers are painted blue to differentiate from the DuoSelect cars. Inside, a continuous phase valve gear on the intake side and modified pistons improve combustion and help coax an additional 7 lb-ft of torque at the peak of the power curve, which now occurs at a lower 4250 rpm. Both engines are rated at 400 bhp, but fuel consumption in the Automatic is said to be improved by almost 10 percent in the highway cycle.

As with the DuoSelect, the ZF is available in three flavors: standard, Executive GT and Sport GT. All three sport the new, wider center tunnel console that houses a switch for the new electronic parking brake, a pair of illuminated cupholders, a bigger ashtray, and a proper gear selector in place of the T-handled reverse-select in the DS cars. Also properly done is the method of selecting an upshift: thrust forward. For a downshift: pull back. It's how the racers have always done it and makes more sense that way (listening, Porsche and Audi?). Four shift modes are available: plain old Drive, when the shifts are effected as soon as possible; Sport, when upshifts are delayed to about 4000 rpm, and downshifts are tuned to provide maximum control inside the power curve accompanied by a cool blip of the engine; Ice, which never uses first gear and engine speed is limited to 3000 rpm before the next higher gear is automatically selected, and Manual: where the driver gets to have fun with either the central gear selector or shift paddles, which are standard on Sport GT models, optional on the others. In this mode, the upshifts come at the maximum permitted engine speed (7600 rpm), while downshifts are conducted automatically to avoid under-revving the engine.

The usual upgrades are offered, including a bump from the standard 18-inch alloys to 19s on the Executive GT and 20s on the Sport GT, but the main ingredient, that growly, responsive V8 and slick six-speed, means there isn't much, dynamically speaking, to differentiate between the cheapest and the most expensive versions. Prices run from under $110,000 to almost $120,000 for the Sport GT, hardly outlandish compared to the competition. In every sense, this Maserati is everything Italian style stands for. And except for an oversensitive throttle on take-off, the drivetrain delivers smooth surges of torque-laden power, accompanied by an engine note that would draw raves at La Scala. The Quattroporte Automatic is simply la bella macchina, inside and out.

*Why we love it: Still looks good, now shifts well

*Why we don't: What about a top-class manual gearbox? Huh? Huh?

Come with us as we go for a ride in the new 2013 Maserati Quattroporte, a car that is better in every way than its much-admired predecessor. 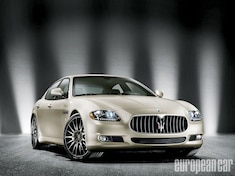 There's been a buzz over the wires about Maserati making a sport sedan, one notch down from the regal Quattroporte, to compete with the BMW M5, Audi RS6 (or S7 when it happens), and Mercedes-Benz E63 AMG. Read more about the Quattroporte here at European Car Magazine. 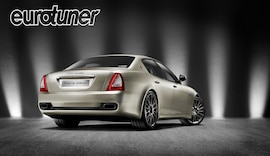 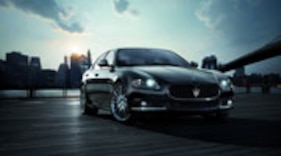