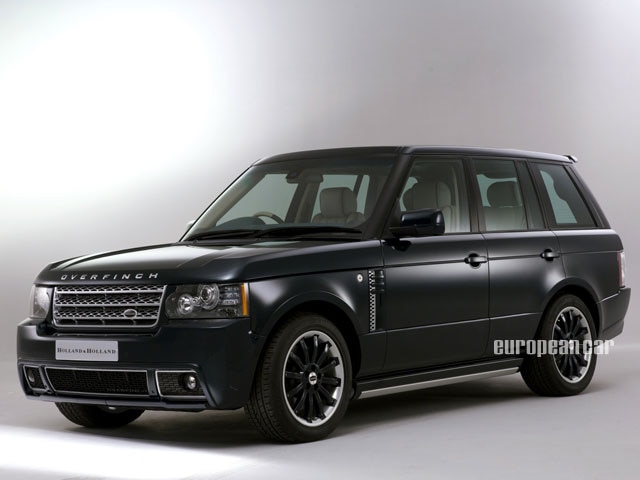 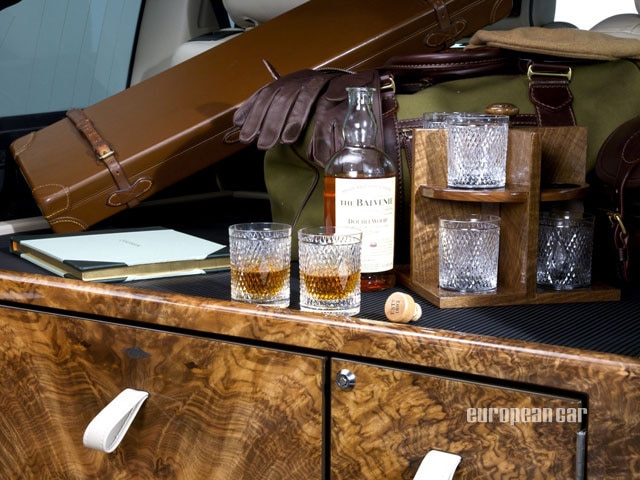 Based on either the 5.0 liter 503 bhp Supercharged or TDV8 versions of the new 2010 MY car, the Holland & Holland Overfinch features a raft of enhancements that make it unmistakably something very special. On the outside, it has discreet but effective styling changes manufactured from OEM grade thermoplastic polymers, which give unsurpassed quality and durability.

Bodywork is painted in one of four unique exterior paint colors, including Holland & Holland Tintern Green. Two-tone paintwork, similar to that of a Rolls-Royce Phantom, is also available, as is black. Overfinch's craftsmen take 130 man hours to paint and hand-polish the car, which gives a depth of color and quality of finish that marks it out from its mass-produced brethren from a hundred yards. Orange peel, the cellulite-like effect that is visible on many cars considerably more expensive than this one, is banished by Overfinch craftsmen's skill and hard work. The effect is completed by Overfinch's iconic 20" Tiger wheels (fitted with all season Mud & Snow tires) and special cast exhaust outlets. A choice of 22" wheels is an option for those not intending to venture off road, or for those who also possess a winter set.

But it is on the inside that the designers have really excelled. Eight of Europe's finest hides, of a grade so fine it is only normally used in private jets, dyed in seven exclusive tones, are used to create a cabin of rare luxury. Professionals from both Overfinch and Holland & Holland have worked closely with a color and trim specialist to ensure that interiors and exteriors complement one another perfectly. A unique trim style covers the seats, doors, upper and lower dash board, centre and rear consoles and even the cubby box lid, which is both cleanly elegant in style and fiendishly expensive in terms of both labor and materials. Not for this car simple contrasting piping-the Holland & Holland Overfinch, even the contrasting color signature stripes are cut from individual hides and trimmed to sit nearly flush with the leather surrounding them. As a result, it takes over 150 man hours just to trim the car. If the optional aviation-style quilted leather or Alcantara headlining is selected, it takes even longer.

The thirty one piece wood veneer kit blends seamlessly into the design of the rest of the car, including that of the gun cabinet and rear console. There is the choice of Olive Ash Gloss, European Burr Walnut with special diamond pattern inlay, Matt Gunstock Walnut and Piano Black Lacquer with silver inlays.

Overfinch is a design-led engineering company that has, over the last 34 years, successfully built a specialist luxury brand. Based in Farnham, Surrey, they operate on five continents and are the originators of the performance Range Rover. It was in 1975, only a few years after the Range Rover was launched, that they built their first high performance derivative.

During that time, their in-house design and engineering departments have enjoyed a close working relationship with Land Rover, starting with the development of the first ever automatic Range Rovers and notably including a Paris-Dakar Rally win on behalf of Land Rover France in 1981.Overfinch is the only company in the world building bespoke Range Rovers as their sole business.

Holland & Holland are bespoke sporting gun and rifle makers, founded in London in 1835 by Harris Holland, who was later joined by his nephew Henry to create the eponymous brand. They are the most famous gun makers in the world, being the first choice of virtually every royal family and are holders of royal warrants from HRH the Duke of Edinburgh and HRH the Prince of Wales.

Holland & Holland's factory on the Harrow Road was purpose built for them over a hundred years ago and is home to a quality of time-honored craftsmanship virtually unique in the twenty first century. Skills are often handed down from father to son but, despite that, it still takes five years of training to become a Holland & Holland craftsman.

Holland & Holland have gunrooms in London, New York and Moscow, where their ever-expanding range of country lifestyle clothing and accessories are available and orders are taken for their bespoke range of guns. The Holland & Holland Shooting Grounds on the outskirts of London have offered instruction and corporate entertainment to blue chip clients and private individuals up to and including the young royals for nearly 130 years. Since 1989, Holland & Holland have been owned by the family that owns Chanel.

All Holland & Holland Overfinch vehicles will be strict four-seaters as the cars feature a unique centre console, which fits between the individual rear seats. Hand-veneered to match the rest of the car, it has an integrated refrigerator at floor level, large enough for a couple of full size bottles, which can be cold enough to hold an ice bucket. It also has a storage compartment, which could contain controls for the rear entertainment, a power inverter for a laptop and a Holland & Holland game book as well as Holland & Holland crystal tumblers and champagne flutes.

In the boot is a bespoke gun cabinet, hand-crafted in veneers to match the woodwork across the rest of the interior. Although it is itself removable for when more luggage carrying capacity is required, it is locked to the boot floor for security and safety. It has three drawers, fitted to carry eight further matching Holland & Holland crystal tumblers and flutes, customers' own shotguns, a cleaning kit for them as well as cartridges and the bag in which to carry them. Additional drawers are available with alternative interiors so that, between the end of one shooting season and the beginning of the next, it can serve whatever purpose the vehicle's owner requires, from a picnic at Ascot to an evening at Glyndebourne.

Contained within both the gun cabinet and the refrigerator in the centre console is room for six bottles and it is for these that the car will feature the world's first self-replenishing cocktail cabinet. All cars sold in Europe will arrive from the factory. Full of Pol Roger Champagne, The Balvenie single malt whisky, Hendrick's single batch gin, Ivan the Terrible luxury vodka and Willow Spring Water from the Lake District. During the first year regular refills will be dispatched to the owners of the car to make sure that its passengers don't go thirsty...

Daryl Greatrex, Managing Director of Holland & Holland, said, "Holland & Holland is globally synonymous with both luxury and supreme functionality. To look at, to handle and to shoot with a Holland & Holland is to appreciate 174 years of using the best craftsmanship and technology to make things work supremely well and look even better. It's ten years since we had a Holland & Holland Range Rover and we decided that working with Overfinch was the only way to do it this time. Over the years it has become clear that what AMG is to Mercedes and Alpina is to BMW, so Overfinch is to Range Rover."

Neil Underwood, Chief Operating Officer of Overfinch added, "There has always been a great deal of talk in the media speculating that Range Rovers could start approaching Bentley levels of luxury. For one hundred fortunate customers, that will now become a reality. Our designers and engineers have worked closely with the quite astonishing craftsmen of Holland & Holland to create the most exclusive, most luxurious off-roader ever built."

Come with us as go off-road in a 2013 Range Rover Supercharged looking for one of the world's most elusive creatures, Bigfoot. 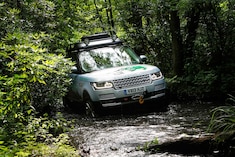 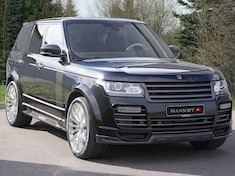 Come with us as we head to Morocco to take a spin in the 2013 Range Rover, an SUV that exemplifies how quickly the auto industry can change these days. - European Car Magazine 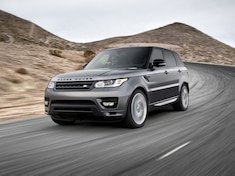 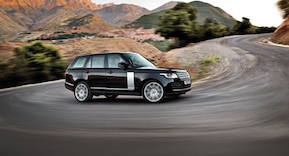 As only the fourth model in the past 42 years, the introduction of a new Range Rover can’t be taken lightly. In fact, Land Rover has been working for the past five years to get this right and they seem to have nailed it. Click to keep reading about the 2013 Range Rover. - European Car Magazine 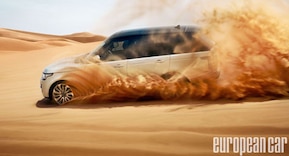 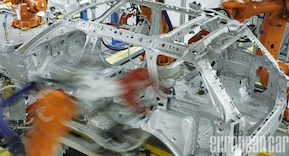 $589,600,091.79; An extraordinary amount of money to invest in the future of your brand, but this is a good sign. Click to read about Jaguar Land Rover investing in the new Range Rover. - European Car Magazine