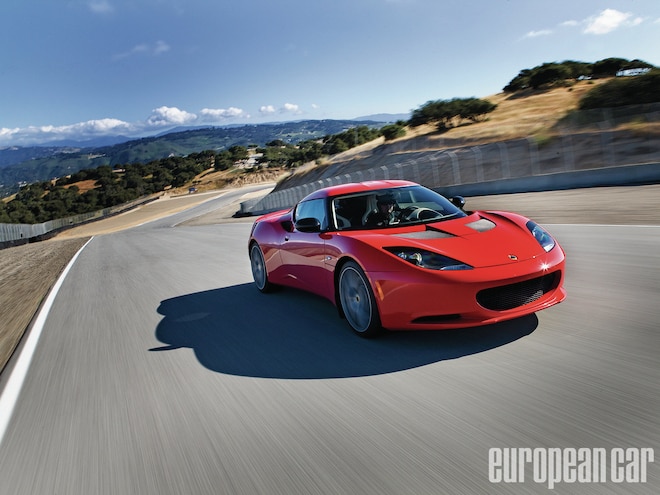 Lotus is on the move. The company’s future plans are nothing if not ambitious, with no less than five distinct new models planned for the coming decade, including a new-generation Elise for 2012, the four-door Eterne and a 21st century interpretation of the famed Esprit.

With the Elise and Exige as we know them exiting the U.S. market, the Evora is the car that will take the company from here to there. This is its latest guise: S. Like the Elise and Exige S versions that preceded it, the Evora S is supercharged, its 3.5-liter Toyota-sourced V6 now force-fed by a Harrop HTV 1320 supercharger. The engine also features enhanced oil cooling and a new exhaust system that uses an active valve designed to reduce backpressure and allow the unit to generate full power at high rpm.

And speaking of power, the peak horse units have been raised to 345 compared to 276 in the standard Evora, a gain of 69 hp. Torque has risen to 295 lb-ft from 258. The power and torque curves produced by the S closely mimic the contours of the power and torque curves on the standard car, so they are delivered in much the same fashion… there’s just a good deal more of both. And both of those peaks occur in the upper half of the rev range, so drivers are well encouraged to plumb the accelerator pedal to its depths, rev the hell out of it. That’s one more sign of a true driver’s car.

Earlier this year Lotus introduced a new gearbox, called Intelligent Precision Shift, or IPS, (essentially an automatic transmission with Lotus-developed shift control, operated via familiar paddle mechanisms) on the standard Evora. But for now, the Evora S will be propelled by a standard six-speed manual, its gearbox drawn from an overseas Toyota diesel application to be able to harness the supercharged engine’s increased output. Lotus Engineering provided the gear ratios to optimize their interfacing with the power and torque bands. 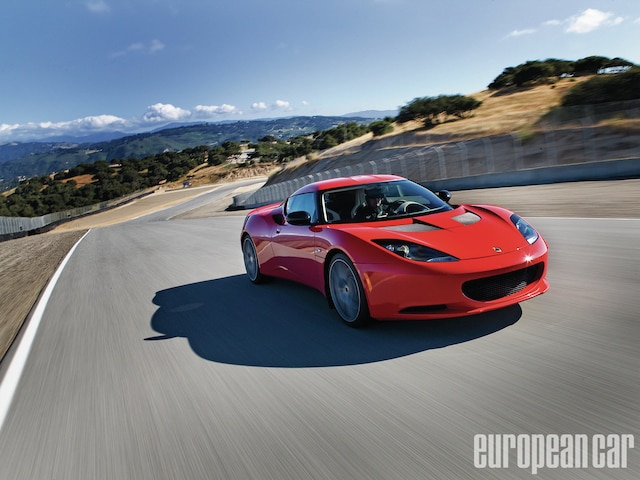 The Evora S chassis has been sharpened up as well to make the car an even more incisive and more precise driving instrument. The chassis itself is based upon the same extruded aluminum tub and modular front and rear subframe construct, the whole of which weighs just over 440 pounds. The changes have been effected in the suspension bushings, making them stiffer, as well as a new front upper wishbone to increase caster angle, a 0.5mm (seriously) increase in the rear antiroll bar’s diameter and revised static rear suspension geometry. No changes in spring rates have been made, and the damping adjusted to complement the new settings and tires (Pirelli P-Zeros and optional bespoke P-Zero Corsas). The miniscule increase in the rear bar’s diameter alone speaks to the precision that has gone into the tuning scheme, and the overall obsession that permeates the engineering division.

The subjective results are substantial, with improved on-center steering and response, sharper tracking and better lateral grip. And importantly, the increased bushing stiffness has been employed in the lateral and not longitudinal direction, so the Evora’s remarkable ride comfort (for a Lotus) is not compromised in the sportier S iteration.

There are so-called dynamic car launches, and then there are actual brass-nuts dynamic car launches. The Evora S dynamic launch fell into the latter category. You know a car company isn’t screwing around when it throws you the keys to a brand-new flagship sport platform and lets you chuck it around Mazday Raceway (still widely known as just Laguna Seca) all afternoon long. In this, Lotus was supremely confident in the Evora S’s capabilities... even if maybe not so much confident in the attending automotive media. This is a fast track with seemingly sweeping corners that turn out to be much trickier than they initially appear. But maybe no turn sequence in the world is as treacherous as the famed Corkscrew, a blind drop (what literally looks like a cliff as you peak on its crest) that you approach at more or less full throttle, which then kinks deviously left then whips immediately right. If you don’t know what to expect or just haven’t prepared for it, you’re in the dirt.

The Lotus guys didn’t seem to care. And nobody even crashed.

It may have been in large part because the Evora S itself was so unflappable. If you ever hear someone talk about how this car or that car “handles just like a go-kart” and they aren’t talking about a Lotus, they are very likely at least half full of it. Very few modern vehicles are as incisive in their turn-in, as linear in their steering progression or as communicative through the palms of your hands via the steering rack and wheel. You point the tiller, and that’s where the car goes. There’s very little, if any, mid-corner adjustment or second-guessing.

Like its predecessor, the Evora S features Lotus Dynamic Performance Management, which comprises systems like Corner Brake Control, ABS, Electronic Differential Lock, stability and traction control. And unlike on some other cars, traction and stability control can be switched off entirely. When the button is pressed, they really are off, unlike the systems in some other cars, which may tell you they’re off when really they’re just dialed back a bit. The Lotus crew wholeheartedly encouraged us to turn the stuff off, even on the demanding Laguna Seca circuit.

And at the end of the day, everyone was given an opportunity to take a spin around the track with Matt Becker, the guy who is largely responsible for making Lotus cars drive the way they do. Just to show us all how much we actually suck.

No, not screwing around. The next few years will be interesting ones for Lotus the car company. At least if the Evora S is any indication of what future models will hold. I’m pretty sure it’s a good indication. 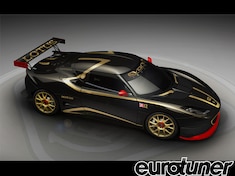