All it takes is a ground-up redesign… 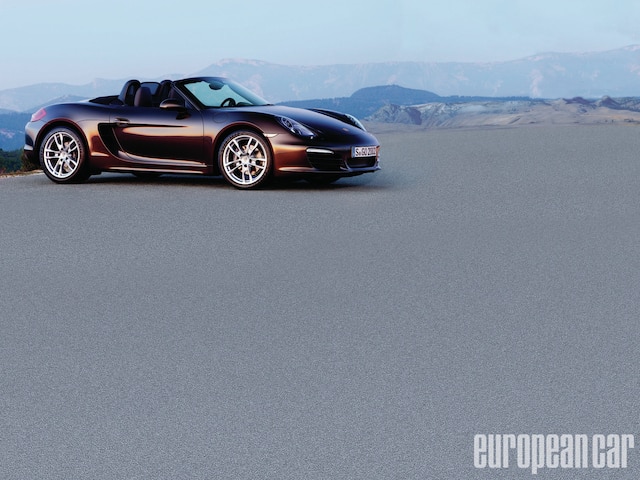 Okay, maybe – just maybe – you haven’t loved the Boxster yet. You aren’t able to tell whether it’s coming or going, and it doesn’t appeal to the masculine side of your personality (that includes you, ladies). But who can argue that in terms of driving pleasure, the old Boxster is a tough act to follow, particularly in “S” trim. The steering was great, the engine robust and interior a reasonably pleasant place to be. Nevertheless, it’s never been compelling enough to earn a spot in your garage. But that’s all about to change – in a big way.

The 2013 Boxster is drop-dead gorgeous, and if you think it looks good in photos, wait until you see it in person. We’d go so far as to say it’s reminiscent of the Carrera GT – and you can bet tuners will try to create just that.

The headlights are shapely, reminding us of the legendary 917, while the enlarged side intakes add just the right amount of aggression.

Inside, we’re happy to report it follows the current Porsche design aesthetic, which means the best in class.

But while the visuals are the big story, the rest is impressive as well. The Boxster S continues to displace 3.4 liters from its flat-six engine, now producing 315hp at 6700rpm – that’s slightly peakier than before but, with an extra 5hp, you’d be really hard-pressed to tell the difference. 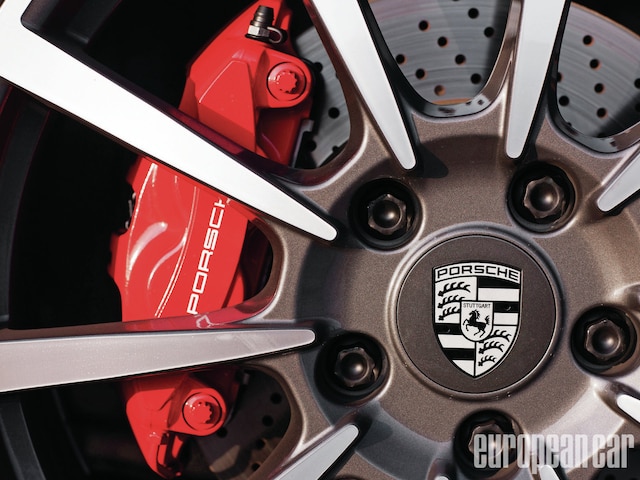 The PDK-equipped car is more efficient than its predecessor, checking in at 21/30mpg (city/hwy), while the manual version manages 20/28mpg with one less gear ratio.

For anybody who still regards 0-60 as a means of gauging competence, the new Boxster S pulls it off in 4.7sec with PDK. And drop another 0.2sec if you opt for the Sport Chrono package with dynamic transmission mounts and launch control with the “Sport Plus” option. The manual reaches 60mph in 4.8sec and both will truck on to more than 170mph.

This year the Boxster S has 19" wheels shod with 235/40 tires front and 265/40 rear. Don’t worry, you can have optional dubs as well as the corresponding taller gear ratio, weaker acceleration, more unsprung weight and harsher ride. Passive aggression aside, the standard wheels are bigger, and so is the car – slightly. It’s 1.3" longer than before but no wider. It should also be noted this car is lighter: 2976 lb as tested versus 3042 in the previous Boxster S with PDK. The manual transmission tips the scale at 2910 lb.

Although lighter, it’s loaded with technology like improved in-car entertainment and bi-xenon headlights. Dynamic transmission mounts adjust to real-time driving conditions to maximize torque transfer to the rear wheels. Meanwhile, torque vectoring mechanically optimizes traction out of corners, while electronic brake force distribution grabs the inside rear wheel to enhance corner entry speeds. The updated PDK allows “coasting.” which is the paddle transmission equivalent of dropping into neutral downhill to save fuel. There is also new start/stop technology.

The current double-clutch PDK is pretty damn good, offering a satisfying “pop” from the exhaust with each aggressive – and instant – gear change. The automatic mode appears to be psychic, discerning whether you’re looking for a little more oomph or a full downshift. The seventh ratio is a boon on the highway, but disabled in “Sport Mode.” You can shift to seventh in Sport, but after a moment the onboard logic changes back to sixth. Hell, it’ll even hold a gear if it senses drifting! 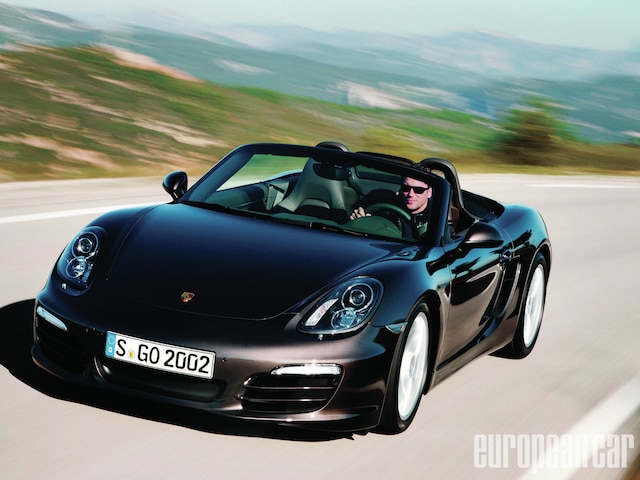 The steering is good but less talkative than the telepathic rack of the previous generation. The buildup of effort through a turn isn’t as progressive. The new electric power steering gives more linear assistance, like you’re in a simulator. It’s a small annoyance in the big picture, because the new Boxster offers very accurate steering feel. The ratio is slightly quicker (16.5:1 compared to 17.1), but it could stand to be quicker still.

Complain all you want – electric power steering is the future. Maybe Porsche will work out the kinks over time. Or maybe we’ll just get used to it…

You need to drive the Boxster S to realize its greatest skill is making you feel like a pro. Because where a 997 GT3 might be capable of a fast lap time, your lap will probably be way off its ideal time. Yet in the Boxster, you’re a pro. No matter how hard you try, it’s not going to understeer.

Starting with the physics – its weight balance is 46/54% and the front track is within 0.5" of the rear. Add systems like torque vectoring and brake force distribution so that the car rotates like it’s on castors.

The brakes – did we talk about the brakes? It’s a Porsche, and if that’s not enough, you can now get PCCBs onboard. That said, we felt no brake fade after a day lapping Barber Motorsports Park.

The Boxster S will set you back $60900 plus $950 to get it stateside. That’s before you tack on the options like the PDK transmission at $3200, for example. It isn’t cheap, but you’re getting a Porsche convertible that looks great and performs fantastically. What’s not to like?

Porsche has been hard at work showing the New Boxster around the world. So when the Porsche Boxster Grand Tour passed through my locale, it gave me the opportunity to drive the Boxster well before it was released to dealerships.

At the event, Porsche reps gave a comprehensive one-hour technical review, followed by a test drive on city, country and highway environs, finishing with a couple of runs on an autocross. If this doesn’t get folks excited about the new Boxster, nothing will.

I came away extremely impressed, although the Boxster has never interested me in the past. I’m a “911 man” but the new exterior is spectacular, and the interior equally beautiful. The Boxster has grown up but it was behind the wheel that I was truly spellbound.

First off, the seating position and visibility are perfection. On the road, the feedback is superb. Having read reviews condemning the new electro-mechanical steering on the 991, I figured the Boxster might disappoint. Wrong!

You feel all the goodness of the road, while ruts and bumpsteer is filtered out. The steering action and turn-in is excellent too: like a telepathic GT3 RS.

Ride quality is supple yet firm, easily gobbling any surface condition you may experience. This is all the result of increased track, control-arm radius and wheelbase, as well as the optional torque vectoring.

New features like the 9sec roof deployment, start/stop and coasting for improved fuel efficiency round out an amazing new package. Thankfully, the only downside is that the vehicle is larger than before, but perhaps Porsche is making room for a smaller, entry-level model in the future…