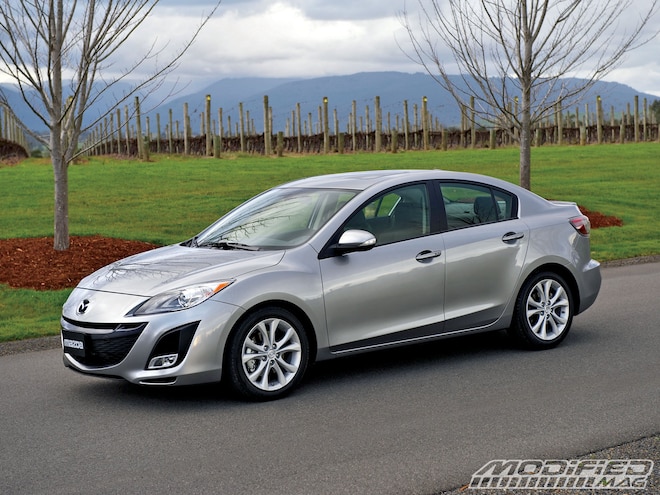 Only the bold people at Mazda would dare to create the love child of Kermit and Ms. Pac-Man that you see here. After all, the Mazda3 is not some sort of one-off concept car. It's the company's bread and butter. Last year it represented 44 percent of Mazda North America's sales volume and hit close to two million units sold globally over its five-year run. What this means is that Mazda is counting on enticing millions of buyers that just don't give a frog about the conservatively styled compact cars that are currently available. 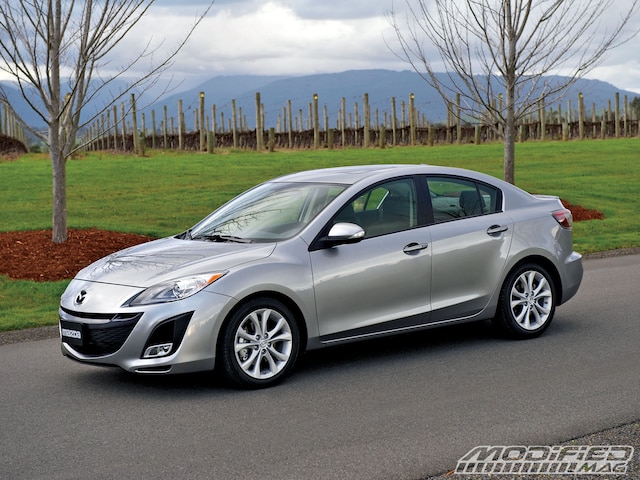 There's more to the all-new '10 Mazda3 than just charm, however. Combining the two previously used, medium-sized grille openings into one larger opening mounted lower on the bumper in a higher pressure area has allowed the actual grille opening to be 20 percent smaller. This reduces drag by forcing more air around the top and sides of the car rather than having to pass through the engine compartment. The designers didn't stop there, though. They reshaped the bumper beam to streamline the airflow to the radiator and even went so far as to add bypass flaps to the back of the radiator fan shroud to increase the cooling system's efficiency at highway speeds. The overall reduction in the vehicle's drag coefficient has permitted a beefy motor upgrade without changing its EPA fuel mileage figures.

Both the bore and stroke of the S-version's MZR engine have increased, bumping the displacement up from 2.3- to 2.5-liters. With the addition of variable intake valve timing, a dual stage intake manifold and a 4-into-1 exhaust manifold, the power figures have been cranked up to a healthy 167 bhp and 168 ft-lbs of torque. When mated to the available 6-speed transmission, the new car gobbles up power pellets like nobody's business.

Not wanting to mess with a good thing, the unibody's design remains virtually unchanged from the previous version. This means that the track, wheelbase and cabin space stay at the same dimensions that have proved to work so well. However, new technology weld bonding, the more liberal use of high-tensile-strength panels and thicker metal at the suspension pick-up points has increased the chassis' bending resistance by 7 percent. Additionally, the steering system has been improved with an extra steel reinforcement tube to support the steering column and a larger-diameter rack has been implemented to facilitate more precise calibration of the speed-dependent power assistance.

Perhaps the area that buyers will appreciate most is the interior. With the current global economic uncertainty and fuel price instability, Mazda made a big push to provide the amenities normally found in top-tier automobiles in its relatively small yet efficient sport compact. This includes big things like oversized cushy front seats with an optional eight-way power adjustable driver seat. Then there are little touches like dampers in the action of the glovebox and overhead sunglasses storage box. Dual-zone climate control, heated seats and a BOSE five-channel surround sound audio system are all options that are available to sport compact car buyers for the first time.

All in all, we feel that the new Mazda3 makes for a great commuter car. As far as its modification potential goes, a conservative approach would probably be best. With its already bold styling, some 18-inch wheels and a subtle drop could make for a very unique cruiser. And with the reinforced suspension mounts, the chassis can probably handle mild spring-rate increases without developing irritating rattles and squeaks. But to go much further than that could potentially ruin the comfort and reliability that we expect the car to provide. For those hell-bent on roasting the tires off of the new platform, we'd recommend waiting for the '10 Mazdaspeed3, which we'll be reviewing in a few months. Super Pac-Man, here we come! 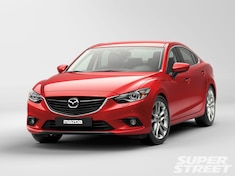 We take a sneak peek at Mazda's new Mazda 3, the successor to the Protege.