The Miata, RX-8 And Mazdaspeed3 Just Got That Much Better 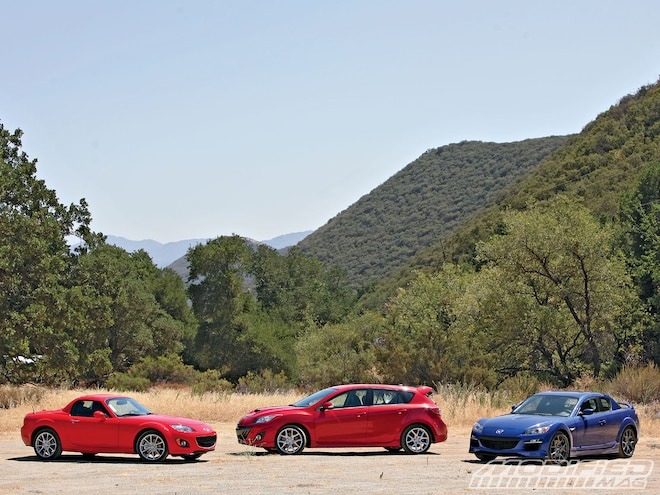 As I blip the throttle and downshift for yet another blind corner on a road that surely rivals some of the best in the country, two things are running through my mind: I can't believe I'm having this much fun driving a Miata, and that thought could be my last if there's a truck around the other side of this corner. Still, I persevere on and modulate the throttle ever so slightly hoping to get an acceleration advantage out of the corner because in front of me is an RX-8 that I desperately want to catch. 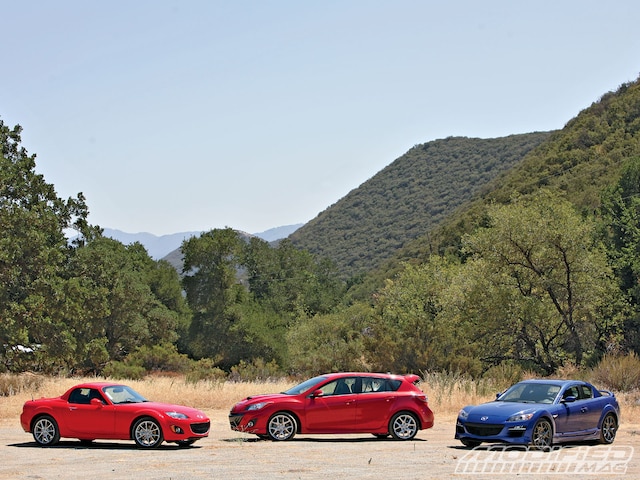 This scene and a trip to Laguna Seca for some spirited laps and an autocross were the backdrop for Mazda's introduction of its '10 fleet of vehicles. I'll spare you my reviews on the CX-7 or Mazda3 since you can read those in the newest issue of Motor Trend. Instead, I'll stick to the three cars that tickled my senses and brought the "zoom, zoom" out of me.

Mazdaspeed3
Probably one of the more anticipated launches for Mazda was the new MazdaSpeed3. The sporty five-door hatch has some big shoes to fill from its older sibling, which it manages to do in every department except one. Just look at that front end, because I really cant. Its awkward-looking front grille reminds me of gills on a fish. I get it-Mazda is becoming more organic with its styling by trying to resemble the human face, but it's not working for me. There's hope, though. Apparently, the Mazda3's grille will swap right in if you, like me, just can't look past the factory MS3 piece.

Now that we've gotten that out of the way, I have nothing but good things to say about the rest of the car. The 265hp, 280-ft-lbs, 2.5-liter TISI engine is fantastic. It delivers gobs of midrange power and has had a 500-rpm redline bump over the older model. It's out of breath after 6000 rpm, but the extra revs are a welcome addition on the track where sometimes it's better to hold a gear then to shift.

Also new is a digital boost gauge in the center of the cluster, which will let you know when you've hit the max boost of 15 psi. Unfortunately, that wont be happening in first or second gear because the MazdaSpeed3 limits boost pressure in those gears to reduce torque steer. The one complaint Mazda had about the previous generation was too much torque steer from the FWD hot hatch. Come on, people! It's what makes FWD cars so much fun. I don't doubt an aftermarket solution, perhaps a reflash, will soon uncork the full 280 ft-lbs in first and second gear. Cobb Tuning, which has supported the last gen MS3 with a large assortment of go-fast goodies, will undoubtedly support this generation.

Through the high-speed bends and turns on Laguna Seca raceway, the MS3 was confidence-inspiring and incredibly composed. There's no doubting that unlike the previous generation, the '10 MS3 can handle the twisties with ease. With all that power and improved handling prowess, along with the large amount of cargo space, it's right up there with EVOs and STIs as a worthwhile track car/daily driver.

Mazda RX-8 R3
One word comes to mind after driving the RX-8 R3: handling. The R3 version of the RX-8 is what I would consider one of the best handling OEM-spec cars I've ever driven. It's superb how tight, precise, stable and neutral the car is. There's never an instance where you are fighting the car, instead you provide input and it follows.

I worry modifying anything suspension-wise will result in less-than-stellar results. Yes, it's that good. Mazda engineers, one of whom you may have heard of, former Sport Compact Car editor Dave Coleman, worked painstakingly hard on the newest gen RX-8 to make the above statements possible. The RX-8 is now significantly stiffer, it retains a flat-bottom midsection for high-speed stability and has received many exterior aero upgrades that make it one of the best-styled cars on the market.

The drivetrain also received many enhancements some of which include a third oil injector in the Renesis (rotaries need oil injected into the combustion chamber to keep the apex seals lubricated), larger oil coolers up front, remapped throttle body calibration for quicker response, and shorter gear ratios to improve acceleration. Despite all that, the RX-8 still feels sluggish in the acceleration department and it's the single most disappointing feeling when you drive the car. Everything else is near perfect-your body wraps tightly around the new Recaro seats, the redesigned shift knob and steering wheel visually enhance your driving experience yet when you plant your foot in the throttle you can't help but feel underwhelmed.

I assure you, if there was a turbocharged rotary spewing out the last generation's power figures (255 hp, 217 ft-lbs) stuffed in the R3 then I'd have one parked in my driveway. Unfortunately, I don't think that will become a reality. The rotary engine is a dying breed and the RX-8 is the last production vehicle to have a rotary in it. And with such tough emissions standards, who knows how long it will last.

Let's hope those Mazda engineers have an ace up their sleeve and are able to build the next generation with more power and a greener tailpipe.

Mazda Miata MX-5
Driving with the top down in a Miata with a male counterpart beside you can feel somewhat emasculating and the adage of a Miata being a "chick" car does ring true. However, with the newest version of the MX-5, those stereotypes are all but gone. With a more aggressively styled exterior that is bolder and wider, the Miata is no longer an innocent-looking car driving down the street. Throw up the hardtop and the Miata looks like a true roadster. So forget the clichés and stereotypes because the Miata is a unique and extremely fun car to drive. It's the epitome of a driver's car.

The MX-5 is nimble and precise, it's peppy little 2.0-liter, 167hp, 140-ft-lbs engine gets the job done while the interior has a no-nonsense, skip-the-gimmicky gadgets approach to it. Thanks to a carefully engineered intake which pipes throttle noise to the driver (Mazda has termed it the Induction Sound Enhancer), it produces a throaty growl which is music to the ears. You'll also be able to prolong that sweet intake sound thanks to an upgraded valvetrain which can now spin to 7000 rpm, 500 more than the previous gen. But, wait, there's more-the bottom end now features a new stronger forged crankshaft and rods. The 6-speed transmission gets beefier synchros to handle more abuse while a taller sixth gear makes it more practical on the highway.

It's also remarkably easy to drift, as many of the participants proved, including yours truly, around the autocross. Say what you will about the manliness of the Miata MX-5, but once you have the pleasure of assaulting some canyon roads in the little two-door roadster, I'm willing to bet you'll exit that car with a smile on your face and Mazda will have succeeded in what it set out to do with the Miata-make it a blast to drive. 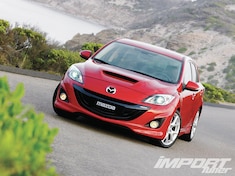 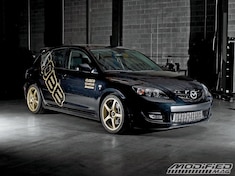