2010 Chevy Carmaro Pioneer Audio Winner - Web Exclusive
Pioneer Electronics has announced that Cartronics won its fourth annual Pioneer Sound Build-Off competition.
Apr 29, 2010
SuperStreetOnline features
World's Largest DJ Turntable - Web Exclusive
Filed under “because they can” – an upturned car with wheels serving as DJ turntables has been developed by a team of British engineers to create the world’s biggest record player, and the most mobile of mobile discos.
Apr 7, 2010 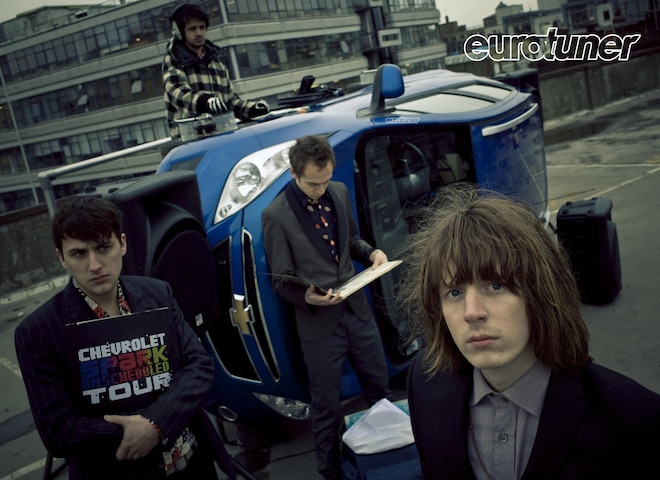 SuperStreetOnline features
Titan Fields Two Cars for 2010 ADRL Season
Team Titan will be changing it up a bit for the 2010 season, bringing a 1-2 punch to the ADRL series by racing in two separate classes.
Dec 10, 2009 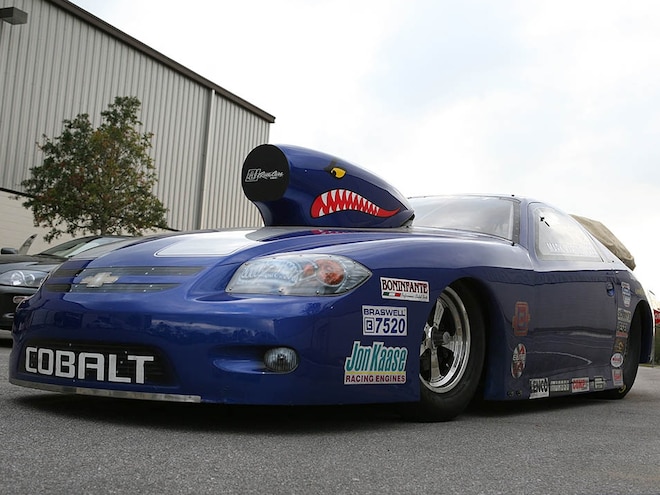 2008 Chevrolet HHR SS - Spinout
The all new 260 HP turbocharged 2008 Chevrolet HHR SS
Brenda Priddy and Company – Dec 1, 2007
SuperStreetOnline features
2008 Chevy Cobalt, 2008 Ford Focus Coupe & Other News- Spin Out
Facts&Rumors,* Chevy has killed the Cobalt SS Supercharged for the 2008 model year. However, expect a Cobalt SS Turbocharged to appear just about the same time as the HHR SS, featuring a 260bhp version of the 2.0-liter Ecotec four aboard. That could be as early as the first quarter of 2008.
SAE International – Oct 1, 2007

SuperStreetOnline features
2005 Chevrolet Cobalt SS & Other News - Spin Out
Now that we've driven it we can confirm that, yes, the supercharged Cobalt SS coupe is the best small Chevy yet. Now the Cobalt's heritage stretches back through the lackluster Cavalier to the inglorious Chevette, Vega and Corvair, so calling it the best little Chevy can be damning with feint praise
Mar 1, 2005

SuperStreetOnline features
Chevrolet Cobalt SS Supercharged & Other News - Spin Out
Cobalt SS SuperchargedFirst, let's be clear: The Cobalt SS will be the best small Chevy ever. Based on the same Delta platform that underpins the Saturn ION and Opel Vectra, the body structure promises to be satisfyingly stiff. The suspension is strictly conventional, with MacPherson struts in front
Aug 1, 2004

Custom Customizer - Tunerology
What is a car customizer? Everyone has their own idea of what a car customizer is and is not, but if we were to follow in the footsteps of the true definition, then a customizer is a person who has had hands-on experience working on cars. These days it seems everyone in this industry wants in on the
Edward Eng – Jul 1, 2004
Import Tuner
Import Tuner Magazine
features

Behind John Lingenfelter - Tunerology
In an industry that is so typically young, we seldom hear of our race legends passing away. For one, some of our future import race legends are still in their prime, boasting a low- to mid-30 years of age. Of course, I'm talking about the people that have been in the import drag racing scene from da
Gary Castillo – May 1, 2004
THE END. CHECK BACK LATER FOR MORE CONTENT.