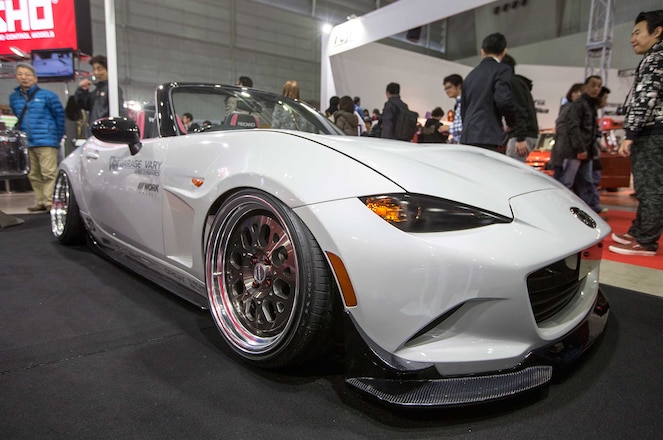 The MX-5 (aka Miata, aka Roadster in Japan) hasn't received the warm welcome Mazda had hoped for by the tuner community in the States. The "cute" two-door convertible is still considered by many to be a "chick car." But despite the haters, the truth is that the Miata is a true performance car; in fact, it's the most tracked sports car in America! We've also had a couple of opportunities to get behind the wheel of the new fourth-gen., "ND" chassis and can attest this is one of the greatest value, fun-to-drive cars money can buy right now — we dare say, even better than the FR-S! So with that said, you would think we'd see some cool examples at SEMA last year. What showed up (or didn't show) left us disappointed.

Fast forward two months to Tokyo Auto Salon '16, and Japan stepped up the game, as we were welcomed to TAS by several cool Mazda Roadsters. It was easily the most popular new vehicle of the show, so we've highlighted some of our favorites here. 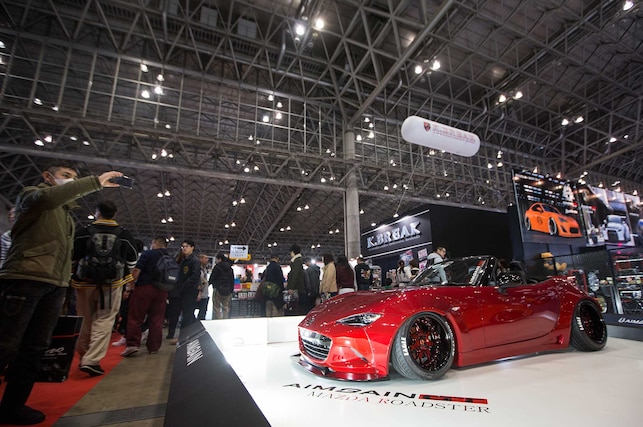 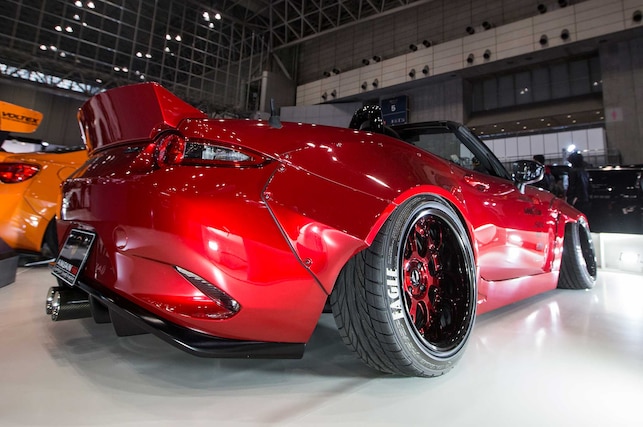 Aimgain
This car simply looks hot! Aimgain has done it again with their widebody conversion that includes front and rear lips, side skirts, 40mm front and 60mm rear over-fenders, plus a trunk spoiler. We hope to see some of these kits floating around our streets soon. 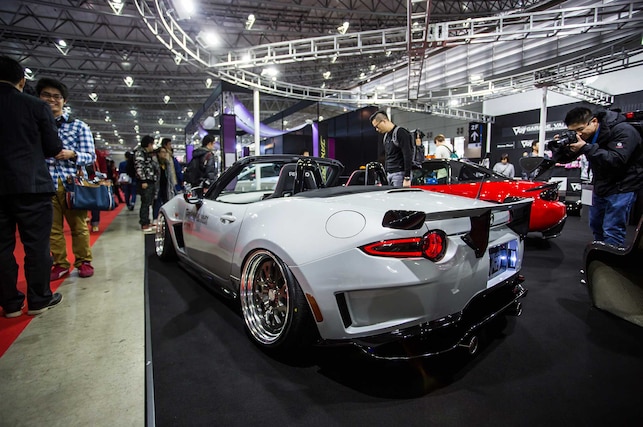 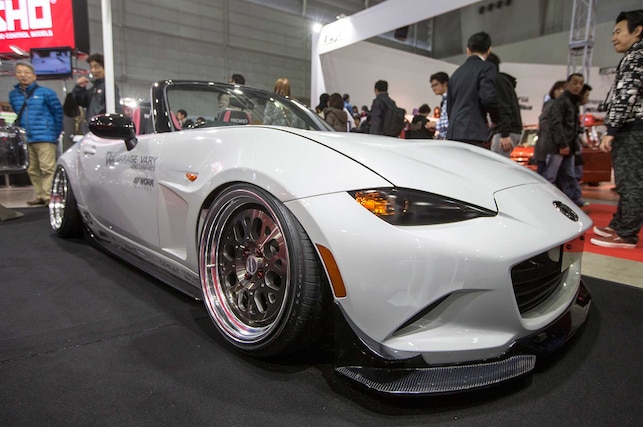 Garage Vary
Garage Vary - as in "very, very fine!" This Roadster was by far the sexiest one of them all — our staff favorite! The aggressive lines, large vents, even the rear wing of this kit just seemed to work. 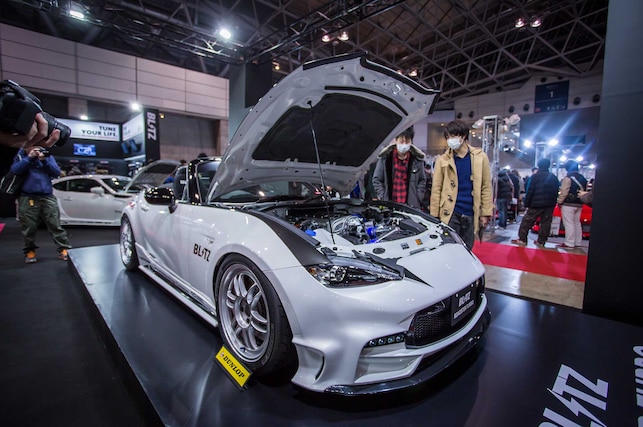 Blitz
The aero on the Blitz Roadster is maybe a 'lil too aggressive, but we give 'em props for the bolt-on turbo kit. It's designed for the 1.5L JDM-spec motor and will bring power up to 180hp. 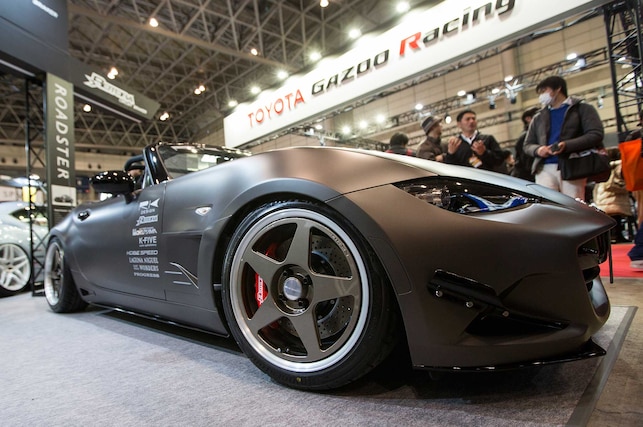 RK Design
The RK Design MX-5 was something different to see in the Rotora booth. We were feelin' the flat black, subtle lip kit, roll bar, seats, and more. 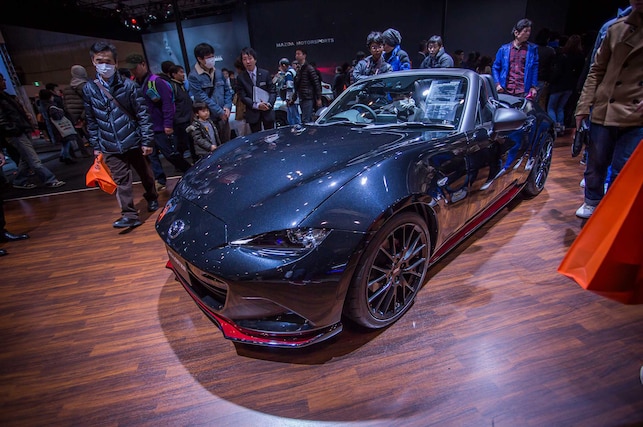 RS Racing Concept
Mazda Japan brought out this cool RS Racing Concept. It might not be as wild as the tuner examples, but it's not a terrible effort, with new black paint and Mazdaspeed aero highlighted in red. It also rocks coilovers, larger wheels, and a stiffer anti-sway bar.

3 Awesome New Parts for the ND 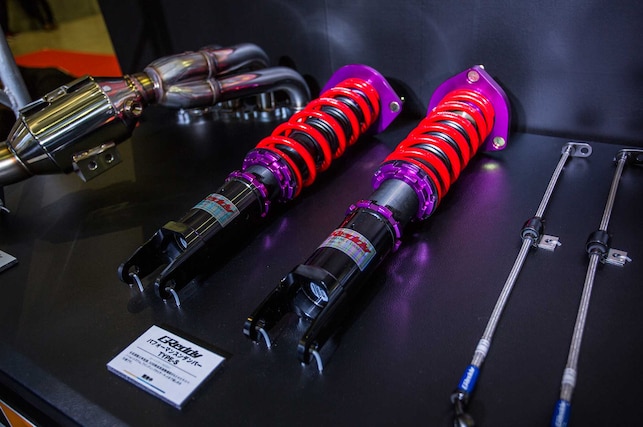 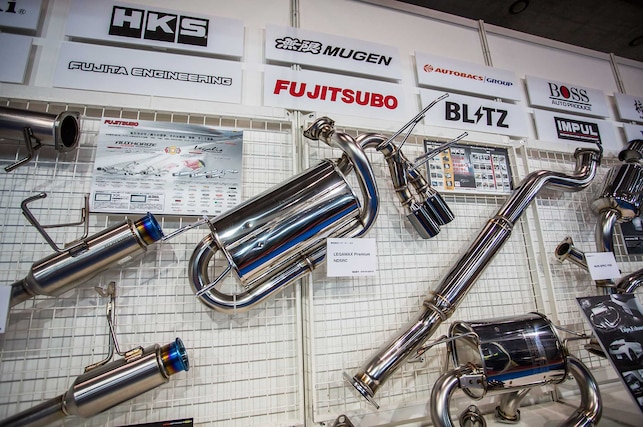 HKS Legamax Premium Exhaust
At idle and cruising speeds, this exhaust is as quiet as an OEM system. But mash the pedal and you're treated to a sporty exhaust note.
hksusa.com 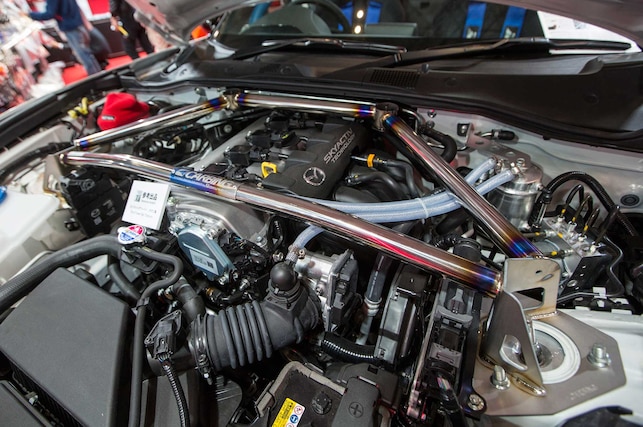 Carbing Titanium Front Strut Bar
Since the front of the body sees the majority of stress, this sexy bar helps prevent body flex during cornering.
carbing.co.jp 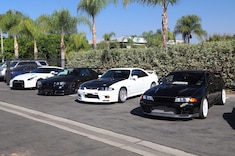