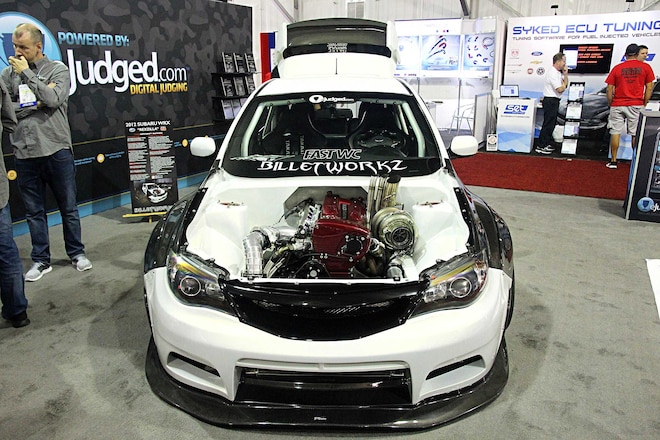 At the annual SEMA tradeshow, your display vehicle is either in a highly trafficked area or hall, or it's not. If it's not, it is generally tucked away in a place like the "Blue Lot," or "Performance Pavilion," maybe even in one of the midways between the Las Vegas Convention Center's three main halls. But because your show car is relegated to some forgotten corner of the LVCC doesn't mean it's any less worthy of copious amounts of adoration.

Last year, one of our most popular bits from the SEMA Show was our coverage of the cars that were found outside of the convention center's main auditoriums. Since you liked it so much then, we figured we'd do another for this year, and the pickings were again pretty decent. 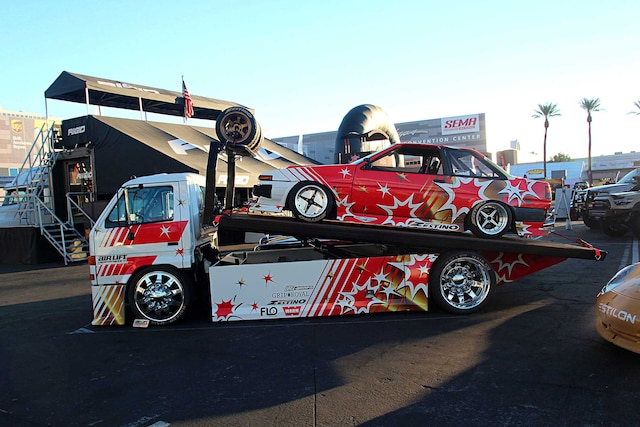 There were Nissan RB inline-6 engines shoehorned into the likes of an old-school Datsun pickup truck at the Spyder booth out in front of the LVCC and a WRX in the aforesaid Performance Pavilion. A Pandem Boss FD3S RX-7 surprised us out at the Meguiar's booth, but our favorite of the lot had to be the JDM-errific AE86 Corolla sitting astride an equally proportionate flatbed tow truck, a display put on by Zestino Tire out by Ford's drift demo area - so friggin' cool.

Enjoy the gallery and see just how many 2017 SEMA Show gems were found beyond the walls of the Las Vegas Convention Center's main halls. 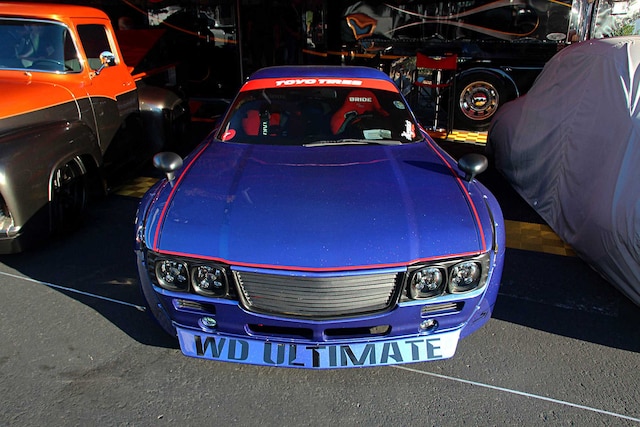