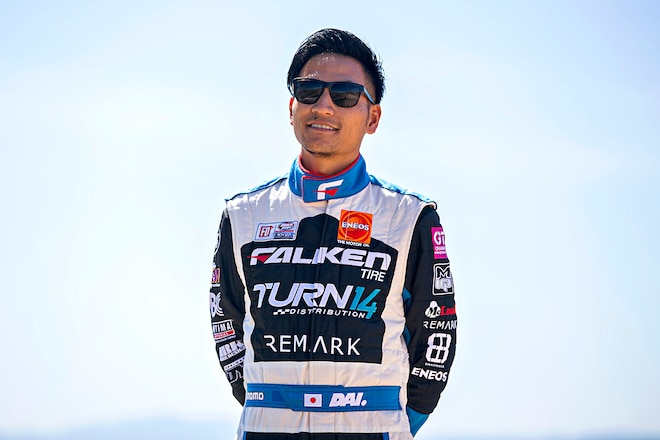 Among the whirlwind of things to see and do at the 2017 SEMA Show, ENEOS oil invited me to take part in some shenanigans a few miles outside the Las Vegas Strip at VORE, or the Vegas Off-Road Experience. A few other journalists and industry friends were split into two groups and the group I was in would get to experience the newest features at VORE—a full-on drift school. It’s always fun when you get to thrash someone else’s car, and this time around we got behind the wheel of VORE’s Roush Mustang. I asked to have Formula D driver Dai Yoshihara as my teacher and I tried to pull off the same results I had at the Toyota Drift Experience – let’s just say the Ford pony car is a whole different beast, and Dai wasn’t too impressed. 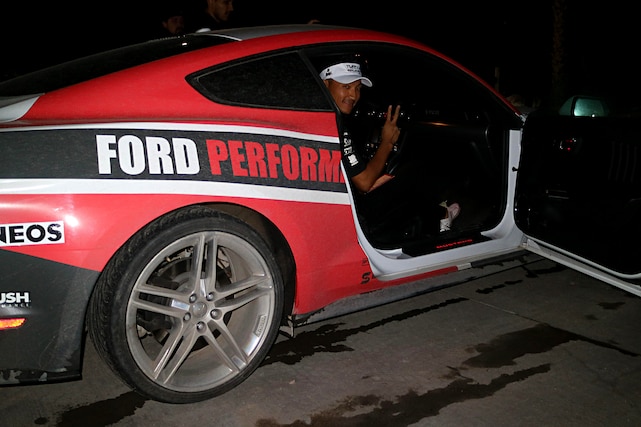 The second portion of the night was getting behind the wheel of VORE’s off-road trucks, which couldn’t be more foreign to me. What VORE is more famous for is their stadium style, professional-level short course off-road layout. Underneath the road dust and mud you’ll find a boatload of complex customization done to these trucks. Let’s just say you don’t want to roll one of these things over. They taught us the basics, such as keeping the wheels straight when going over a hill, left-foot braking, and some unique racing lines. There are certain corners where I had to fight the urge to run traditional racing lines from the outside toward the inside apex. Instead, we were told to stay on the outside line throughout the corner to set the car up for a hill jump. 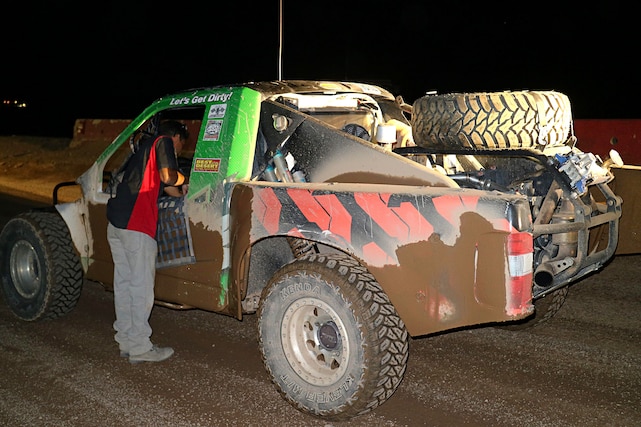 Near the end of the night, ENEOS presented us its newest lineup of RACING Series oil that includes ENEOS RACING PRO and ENEOS RACING STREET. As the name suggests, the Pro motor line is developed for extreme racing conditions. The ENEOS guys designed it for superior temperature stability under hard use and ENEOS says it will help prevent sludge build-up. The oil is intended for teams and drivers competing in everything from GT Racing to drift, spring, stock car, rally, formula racers and drag racing. While we all wish to be competing on a professional level and getting the same paycheck as Lewis Hamilton, many of us are probably going to be more interested in the ENEOS RACING STREET fully synthetic oil. Using higher quality base oil and a premium mix of additives, which were developed in collaboration with major Japanese automakers, the ENEOS RACING STREET is made to maximize horsepower and engine protection while offering oil film retention, oxidation stability and anti-wear properties under high temperatures and pressure. Not to mention it also has an API approval for street use. The Street motor oil will be available in two weights: OW-50 and 0W-20. These motor oils also contain advanced technology that minimizes friction when you start your engine, whether you live in cold or warm conditions.

ENEOS has already established a long relationship with OEMs and much of their engine oil formulation, which means we have no doubt the oil will perform well for racing enthusiasts. It’s already found its way into Dai Yoshihara’s Subaru BRZ, Kyle Larson’s NASCAR vehicle, and Steve Arpin’s Ford Fiesta in rallycross.