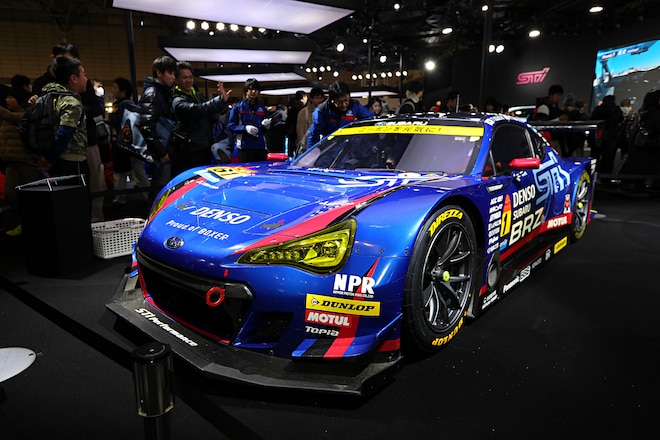 Bulbous widebodies, bulging slapped-on fender flares, snow shovel-shaped front splitters and massive wings that cast a 12 foot shadow – all things that have trickled down to street and show cars in one form or another as a result of competitive motorsports development.

When you step foot in the Makuhari Messe for Tokyo Auto Salon, you’re met with all types of builds; some are meant for fashion and grabbing your attention, while others function at the highest levels of motorsport competition, and interestingly enough, some walk a fine line between both sides without even trying. We’re pretty sure you’ve had your fair share of content from the big show (never!) but to change things up for you, we’ve put together a group of full-blown track cars from TAS. From road course demo cars to high-dollar GT-spec giants and even a few vivid drift cars, here is your track gallery. 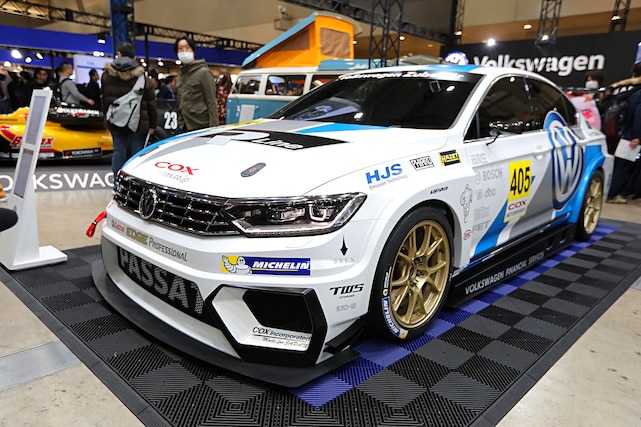 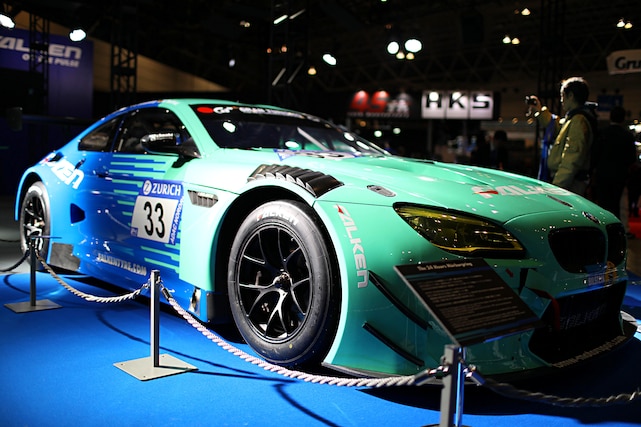 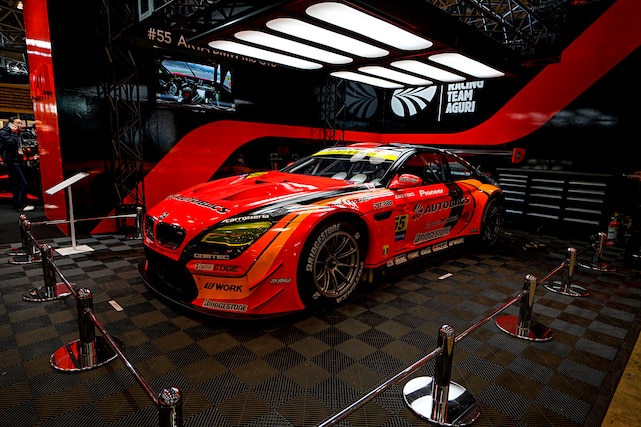 It makes sense to think that only Japan’s domestic models would show up for TAS, but the truth is there are a number of American, Italian, and Swedish cars on hand, as well as VW and BMW, like this Passat sedan and M6 coupe. 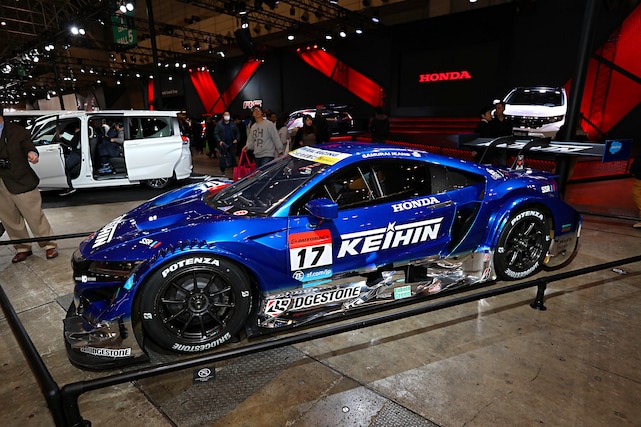 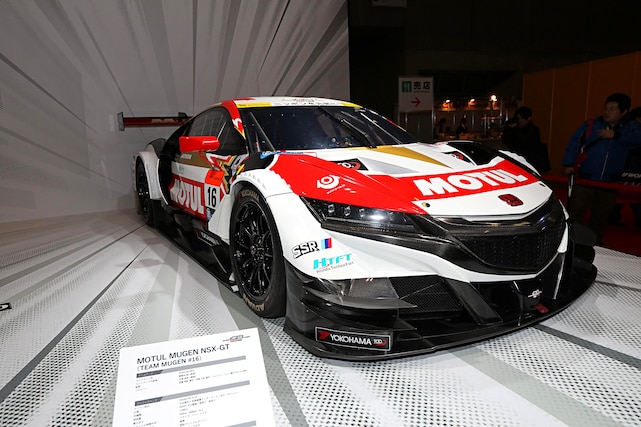 Honda’s new NSX hasn’t seen an influx of new parts being produced for its average owner but the race teams have torn into them in short order. 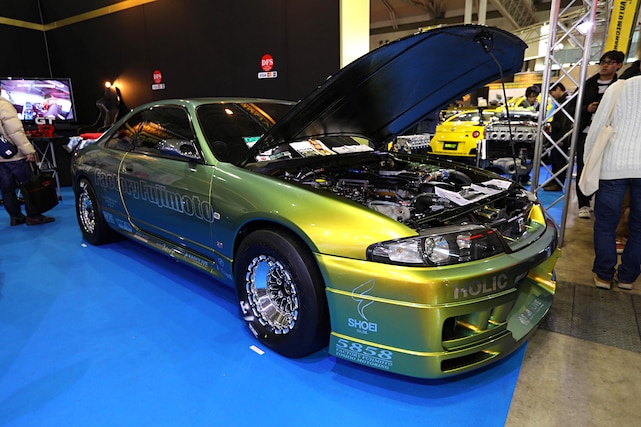 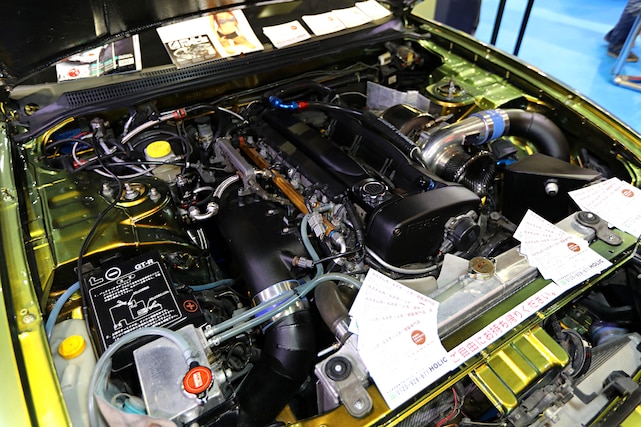 Not all of the competition cars on hand were sporting multi-colored livery. This Skyline from Factory Fujimoto carried but a few stickers and let its nicely put together bay and slicks at all four corners do the talking. 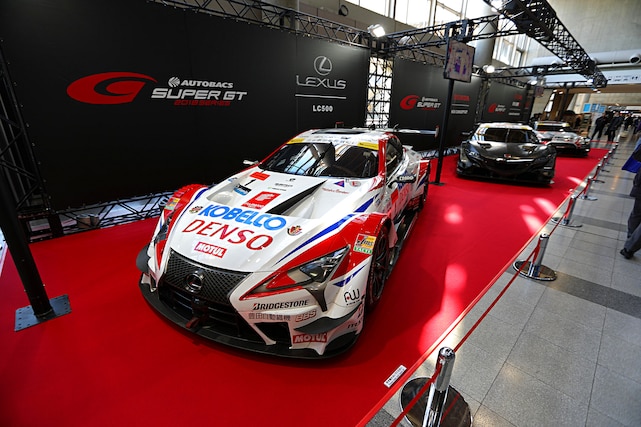 You’ve seen a dozen Lexus builds with massive fenders on your IG feed today but none have as much purpose as this one. 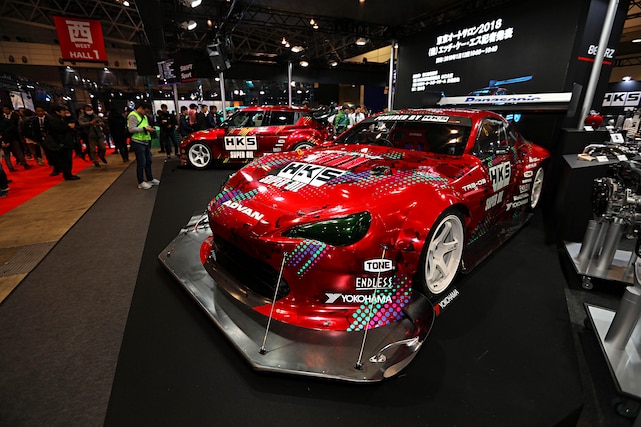 If you haven’t already spotted an FR-S, BRZ, or 86 as wild looking as HKS’ TRB-03 at a local meet or show, don’t worry – you probably will. 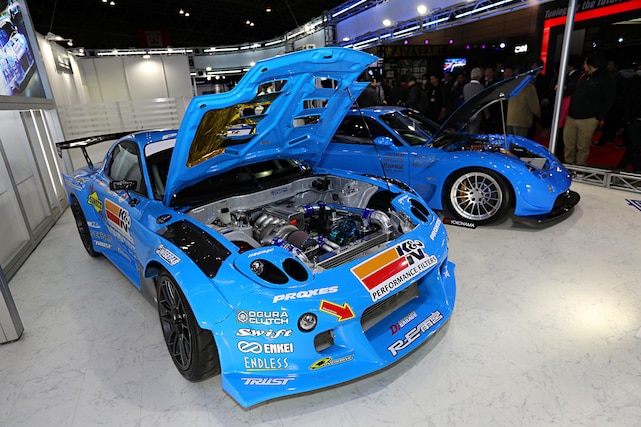 The bay looks clean enough to snatch a trophy at any major car show but the reality is this vehicle’s intended purpose is to knock precious seconds off of its lap times. 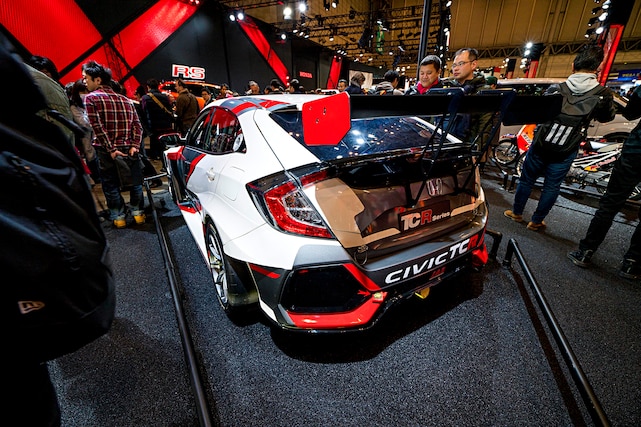 This massive rear wing with a Civic Type R attached to it sees intense competition in TCR, an international touring car championship. Note the massive gap between the side of the OEM rear bumper and the newly formed lower quarter panel that allows for a much wider wheel and tire package. It’s nice to see a this type of setup used for racing purposes rather than “airing out.” 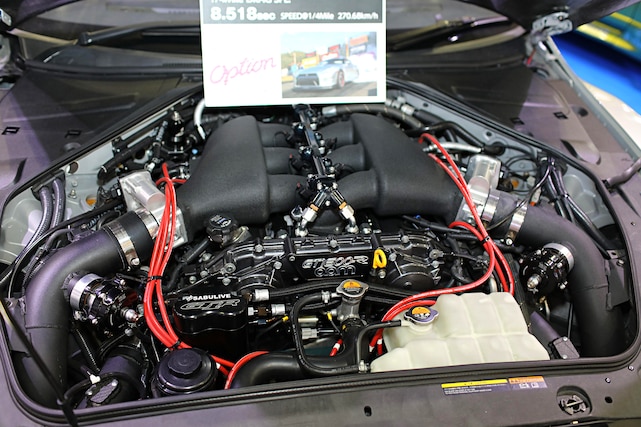 The heart of an 8-second GT-R from Sabulive