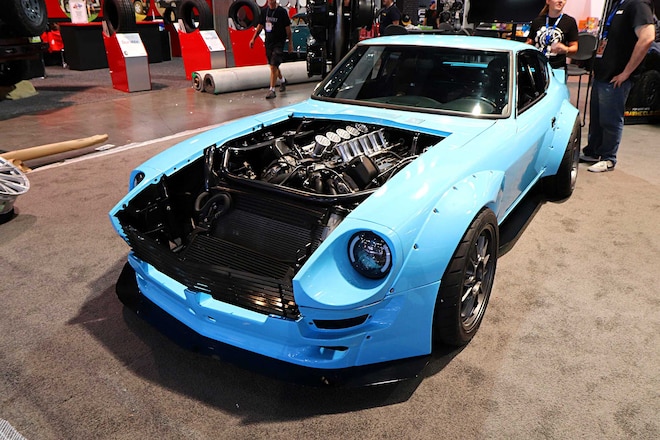 By 4 p.m. the day before the annual SEMA Show starts, all of the Las Vegas Convention Center's three massive permanent halls look like a 12-year-old's bedroom. Crap is everywhere—shipping boxes, pallets, bubble wrap, huge bags full of dirt and rocks for the off-road displays, all sorts of who knows what strewn all over kingdom come. You watch where you step, but you also have to stay alert lest a forklift or golf cart takes you out. It's like a warzone (if we actually knew what a warzone looked like). And it's just some of the perils we face to bring you these previews from SEMA 2018.

We are lucky enough to work for an outfit that actually has an exhibit at the show, and as such we get a little extra leeway as media to get access before most and hang out a little later than most. This year was no exception, and one of the spots we hit was the South Hall, aka the infamous "Wheel & Tire Hall"—home of booth models galore, and generally some equally mesmerizing builds. But the models don't come out until after the event starts. And as for those hot cars—welp, pickings were a little slim this time, although there were still hours of setup to go when we finished our visit to the auditorium. 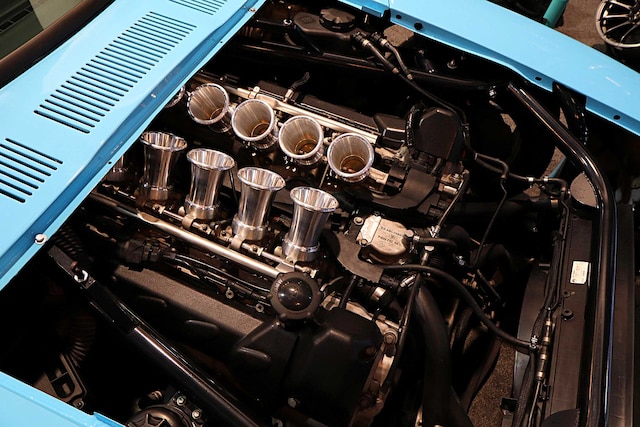 There were a few of those drifty drift cars that we like so much, and Euro makes, particularly the high-end ones (if you specialize in dub-plus size wheels, a Ferrari or Lambo in your booth is a must). Of the early birds, though, our favorite was the S85 V10 Datsun 240Z in the Konig Wheels space built by the crazies at the B Is For Build YouTube channel. For those of you not in the know, the S85 is the power plant out of the BMW E6X M5, and those velocity stacks you see are just the tip of the iceberg—this S30 sits on the entire drive train from an M5, and also employs the Bimmer's dash, including functioning iDrive and navigation! The crew at BIFB also worked in a Rocket Bunny kit, and in fact did the vast majority of the work on this machine themselves—but if you are fans of their YouTube, you already knew that. 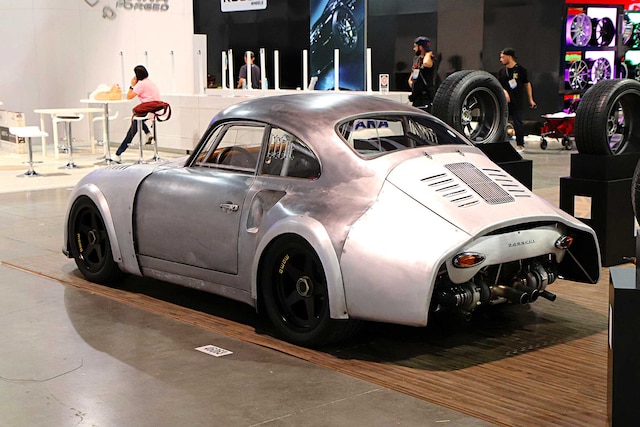 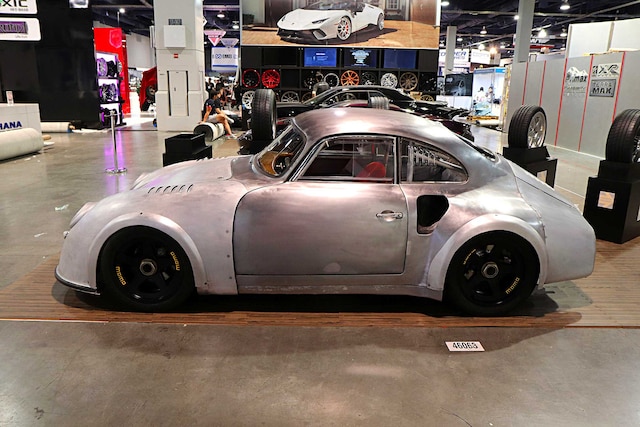 When last we saw the Emory Motorsports MOMO Porsche 356 RSR Outlaw, it was not quite finished yet but they still brought it out to SEMA. A year later we see the vision realized, the body of a barn-find 1960 Porsche 356B Coupe grafted onto the chassis of a 1990 964-type Porsche 911. It's such a unique little insect, with its unfinished aesthetics, center-lock MOMO Heritage 5 rims, and turbos peeking out from under the rear of the car, but we love it all the same. 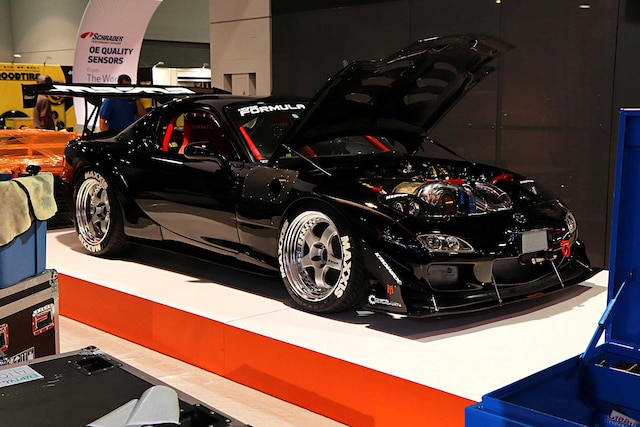 Hey, we know you! We ran across David Mazzei's "Formula 7" 1993 Mazda RX-7 in the Maxxis Tire booth—that's right, the one with a 4-rotor 26B under the hood! If this was a one-trick pony, that would be one amazing trick, but so much is right about this car—the racy spare cabin, the exterior JDM bits by RE Amemiya and FEED, those Work Meisters—that we just can't get enough. This is how you do an FD3S.