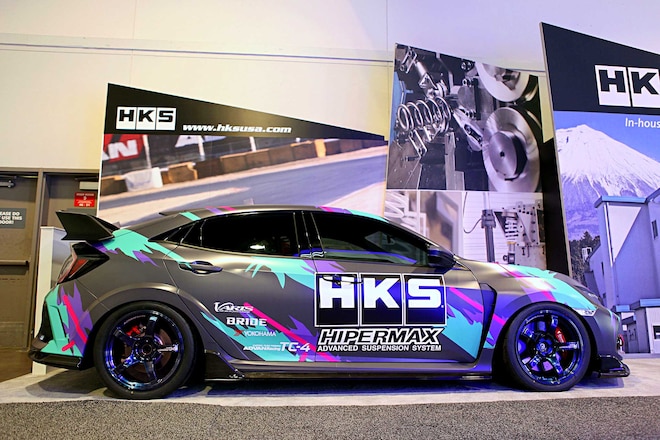 Not long ago, HKS announced its official return to the U.S. market after having shuttered stateside operations back in 2011. The tuning firm's return seems to have hit its stride as the 2018 SEMA show saw an HKS booth added to its roster. 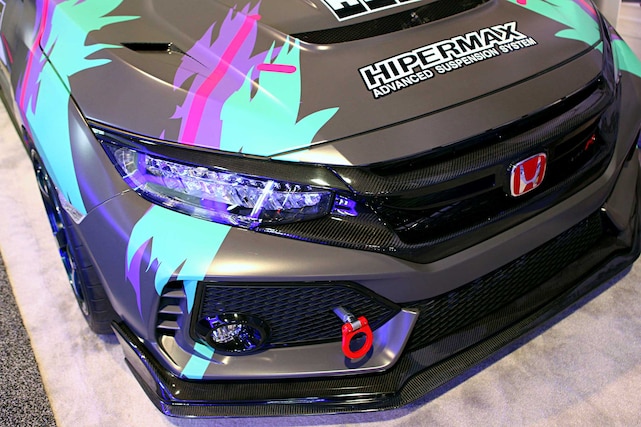 The Civic Type R booth car, a collaborative effort with Evasive Motorsports, shouldn't come as a surprise, as HKS has aggressively approached parts manufacturing for Honda's FWD dynamo. To commemorate the event, the FK8 was smothered in classic HKS livery laid over a matte grey finish that looked picture perfect, especially with the host of Evasive Motorsports' EVS Tuning line of carbon fiber products fitted to the car, products that include their headlight trim and grill replacement, side diffusers, rear wing insert and front lip, joined by a Varis front splitter. 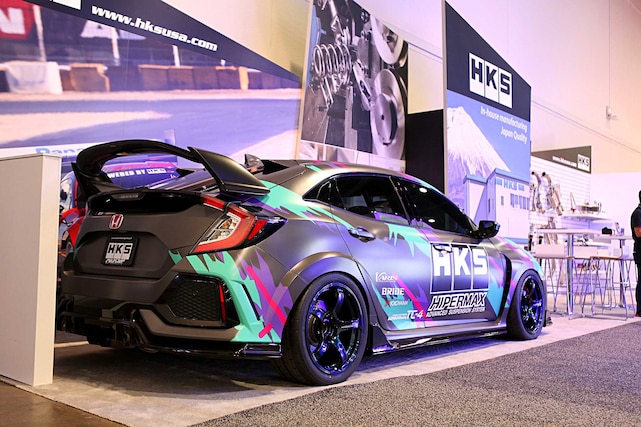 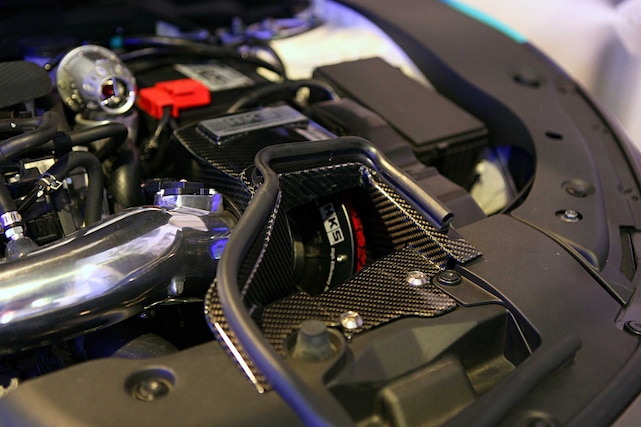 In the rear you can catch a glimpse of the dual-tipped HKS cat-back exhaust that does away with the OEM 3-tip configuration, while under the hood you'll no doubt take notice the cold air intake system that uses a classic HKS filter encased within a carbon fiber box that's fed directly through the factory inlet. Not far behind the shiny carbon intake is a Super SQV4 blow-off valve—an item that HKS mentioned is quite popular. 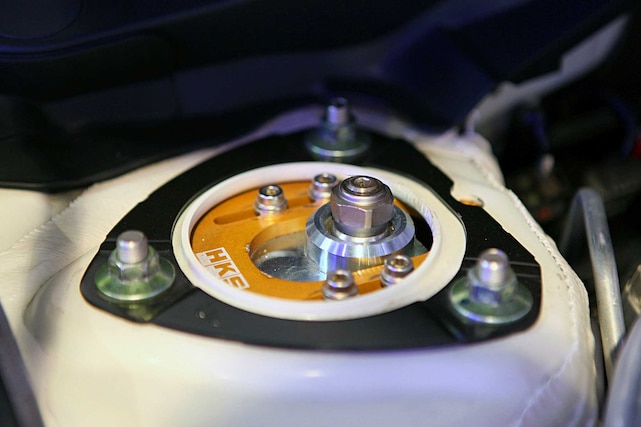 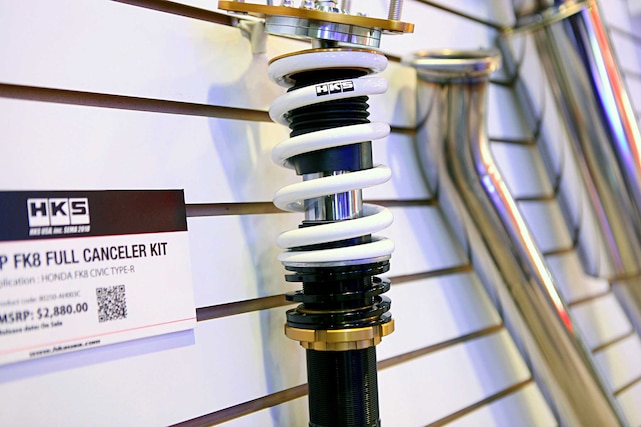 On either side of the bay you'll find gold anodized pillow ball camber plates that rely on a monotube inverted piston layout to tackle the turns. HKS has also developed a "canceller" which overrides the suspension error light that will inevitably show up. 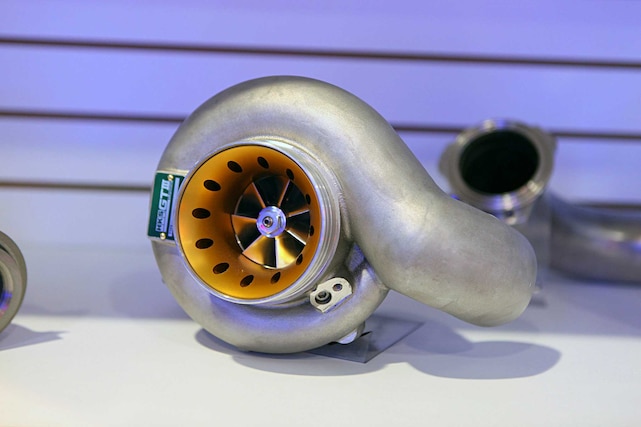 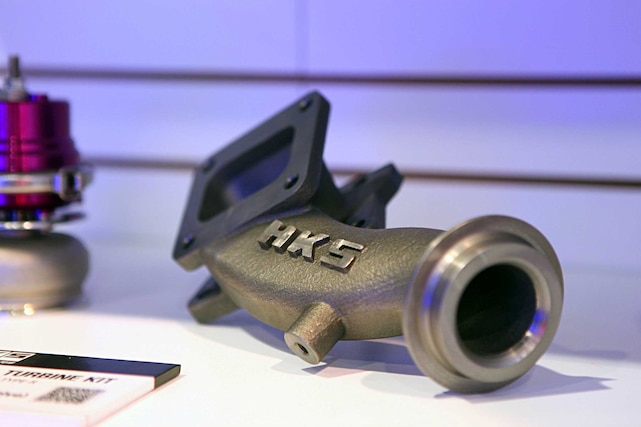 Still under development, HKS told us that they've been hard at work on a CTR turbo kit upgrade and they had some of the items from the kit on display. Pieces include a GT III turbine, hard pipes, wastegate and intercooler and, if all goes right, expect this to release in early 2019. 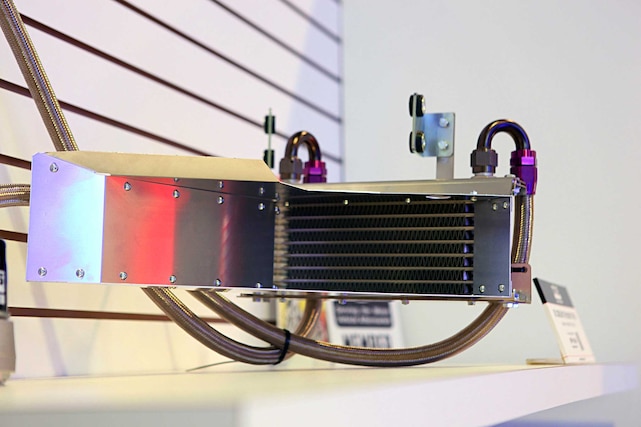 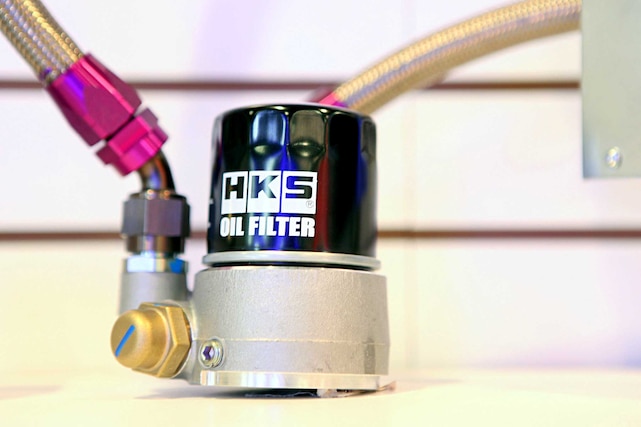 Addressing the cooling needs for the CTR is this HKS oil cooler kit that features a slick aluminum duct to help encourage airflow and works in conjunction with the oil filter relocation kit.

We love having HKS back in the U.S. and we're excited to see what their turbo kit can do for the already potent Civic Type R! 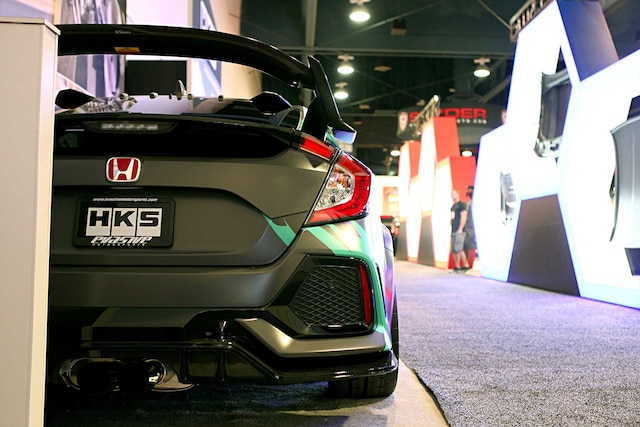 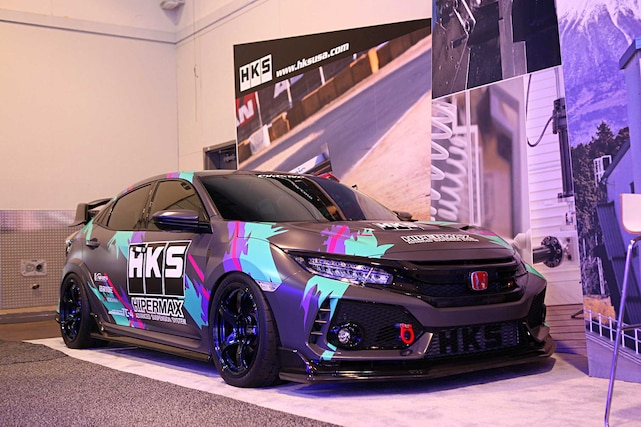