Celebrating 30 years of STI at Fuji Speedway with the U.S.-bound S209 and more! 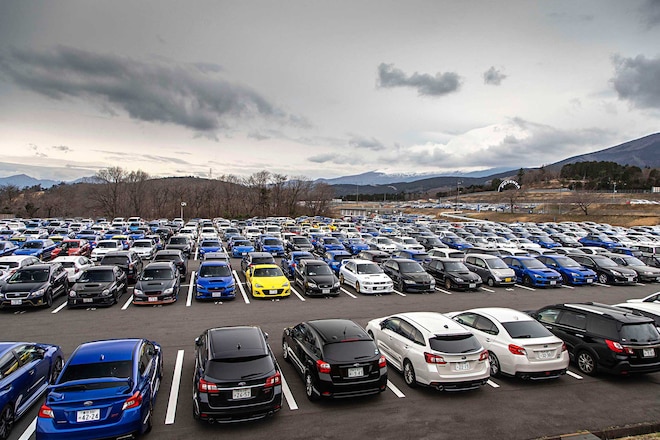 Everyone who knows about Subaru is familiar its motorsport division known as STI (Subaru Technica International). What some may not know is that STI has been around since '88 and consists of only a small number of employees (just over a hundred). To celebrate its 30th birthday, the small department of Subaru performance enthusiasts held its STI Motorsport Day at Fuji Speedway last month. Normally this event is reserved for the press and media to get an annual briefing of Subaru's latest projects; however, this year, in celebration of three decades, they opened the gates to all Subaru fans and owners.

Thousands (and I mean thousands) piled into the iconic Fuji Speedway. As you can imagine the view was breathtaking. The long queue to get in included various STI models, many of which we don't get to see back home such as the S207, Levorg and Exiga. While attendees got a chance to check out fellow Subie project cars, a huge draw for the festival was a chance to watch open practice sessions of the GT300 BRZ and Nurburgring 24-hour competition race car. Some big-name Subaru drivers were also in attendance including Tim Schrick, Takuto Iguchi, Carlo van Dam, and Hideki Yamauchi from the 24 Hour Nurburging team, as well as rally drivers Toshihiro Arai, Norihiko Katsuta, Takuma Shibata. It was a jam-packed day of all things STI...but what we were most excited to see was the 2020 WRX STI S209 bound for U.S. soil.

STI S-Line models were never made available in the states ever since they were introduced in 2000, so the S209 will be the first. They're basically the highest level of street performance you can get from any Subaru product. Debuted earlier this year at the North American International Auto Show in Detroit, the S209 will be the most powerful STI-badged production model ever, boasting 341 horsepower from the tuned EJ25 turbo engine (310hp on standard STI), and we can only assume it'll be the fastest around the track, too. 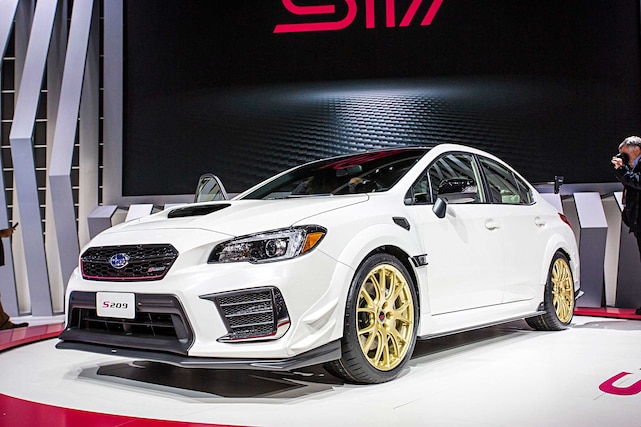 Subaru aficionados will notice some similarities to the limited edition 2018 Type RA model. Things like the Recaro seats and dry carbon roof are similar; however, the S209 gets a lot of extra attention that will make this the most refined STI ever offered by Subaru. 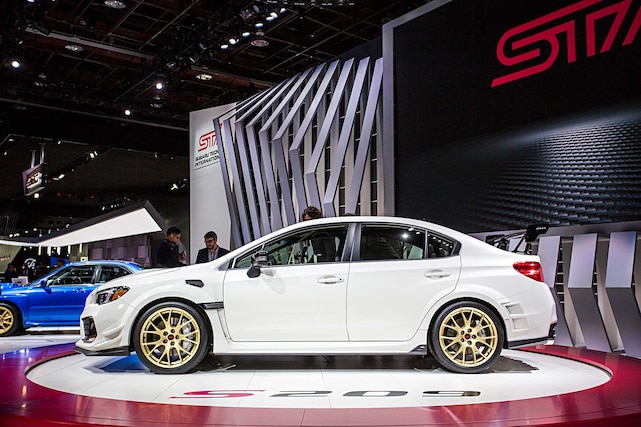 The engine receives a higher flowing intake with new intake duct and cone filter, an exclusive turbocharger with larger turbine and compressor, less restrictive exhaust and better fuel delivery thanks to a new pump and injectors. We're also told forged pistons and rods were thrown in for increased reliability, plus, stronger valvesprings and a retuned ECU help to create a stronger overall package. Hell, there's even an intercooler water sprayer to lower intake temps that can be triggered from the steering wheel. That's how performance-focused this S209 is... 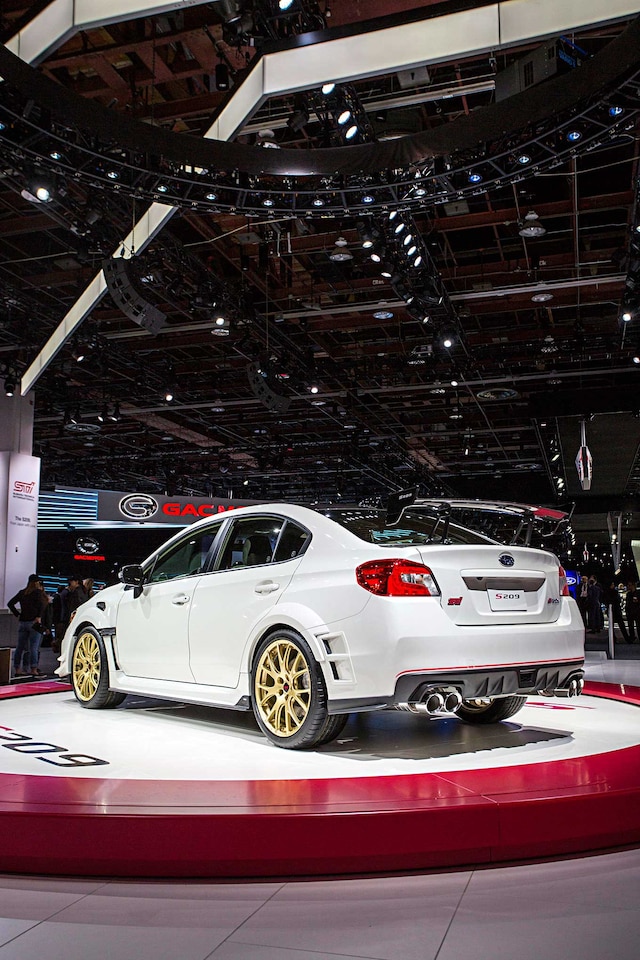 But not just about power, the S209 gains plenty of other enhancements that give it the edge over any STI built, for example, a much stiffer chassis, new Bilsten dampers, redesigned bushings and flexible strut tower bar. Most noticeably are the wider fenders which allow for 19x9-inch BBS forged wheels and 265-series Dunlop rubber (20mm wider rubber than the Type RA). There's also revised aero and a towering carbon wing that, as with every other upgrade on the S209, big or small, is said to be tested and proven to improve handling, stability and speed.

The S209 was displayed in all its glory at Detroit last January; however, while at Fuji Speedway, the model I would get to abuse for three laps was still in its camouflage. The reason for all of this secrecy is that the S209 is heading to America, and rumored not to be available in Japan quite yet. 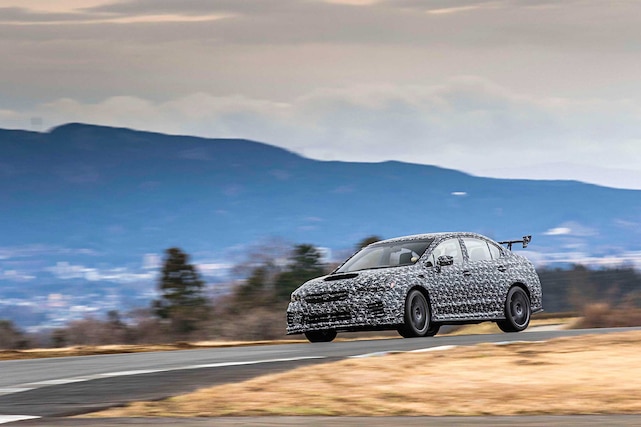 Later in the morning, after having spent a good amount of time car-spotting in the main exhibition area of STI Motorsport Day, I was whisked away to a secondary short circuit. It's a very technical half-mile course with a nice mix of elevation changes, blind corners and challenging apexes. It's a great learning track used for training, not just amateurs but pros, and I'm told it's also rented out for drifting. It also proved to be much easier for me to get used to as compared to Fuji's massived 2.8-mile track that's home to Super GT and one of the longest straightaways in motorsport.

The STI staff announced the vehicles I would be given the opportunity to sample-a BRZ and Levorg, both the STI Sport models, and the current S-Line halo car S208. Last but not least, would be the camo S209. To get me acquainted with the track, I was provided an instructor who just happened to be Subaru rally driver Toshihiro Arai. Arai-san has won numerous JRC and PWRC championships along with being the 2011 IRC champion. In his hands, the S209 was blistering fast! Every turn felt like the entry was too fast, yet the S209 handled everything very well without breaking a sweat. 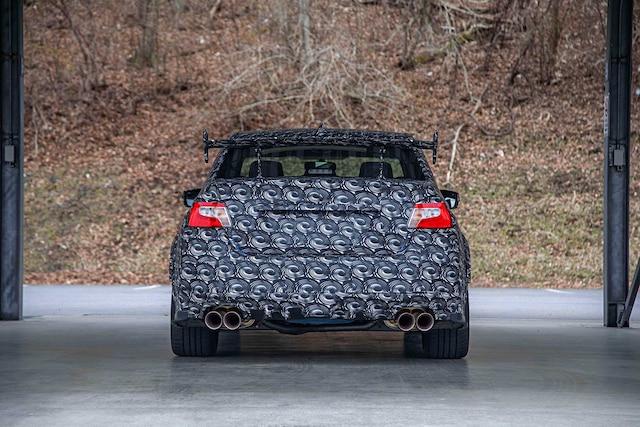 When it was my turn to get behind the wheel, it was thankfully after I had some laps in the Levorg and the S208 which were both right-hand drive. The S209 was left-hand drive which felt more natural and allowed me to fully enjoy the vehicle. Overall, it felt extremely fast while providing a sense of confidence and control in all of the corners. The clutch was still comfortable and the short-throw STI shifter made gear changes snappy. The grip is pretty incredible. Even if you felt you were entering a corner too hot, the car still turned-in with no issues. For track driving, I would recommend a harness because I was sliding around in the seat. Also, I would probably need a narrower seat or side pads for my Asian frame. Having personally owned a modified 2002 Impreza, the S209 is something that doesn't need any tinkering with as it gives the driver plenty of room to push their own skills and comfort levels. Even the other journalists with me were commenting that you just can't get it wrong in this car. 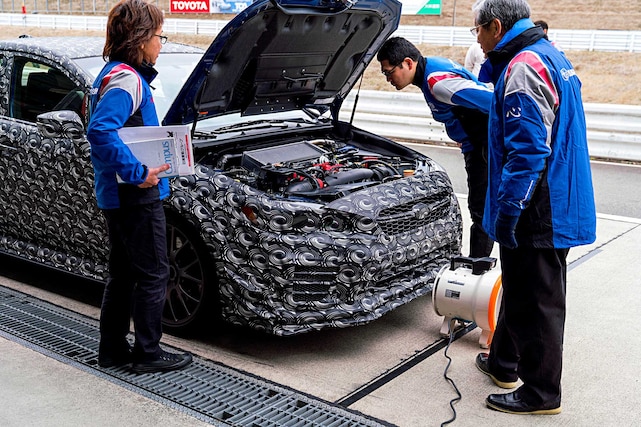 After driving the S209, it reinforced my opinion that Subaru produces some of the best all-around cars on the market. The S209 is a car that could easily be driven every day without the impracticalities and discomforts of other sports cars. Take it to the local market or on your next winter getaway in the mountains. It will get you there, and it will get you there fast. Without a doubt, America has a lot to look forward to with the S209.

Before I forget, my day was finished off with a ridealone in the one Subaru that no one car enthusiast could ever deny or hate on—Colin McRae's rally-prepped Impreza 22B STI. Driven by Arai-san, this was by far the highlight of the day and a reminder that STI has been building championship-winning race cars and exceptional street cars for 30 years. And counting. 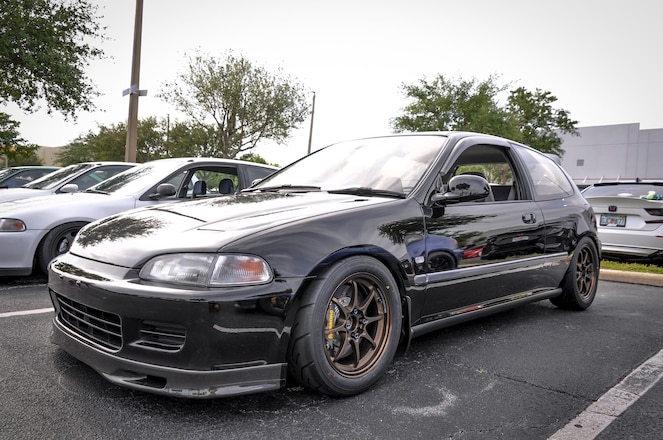 SuperStreetOnline
The Honda Meet vs. Florida Pt. 1
After three years in a row of successful Honda-specific meets at Orlando’s Universal Technical Institute, 2020 was to be The Honda Meet’s (previously known as the Eibach Meet) biggest Florida gathering to date. With most of the entire globe sitting last year out, however, that wasn’t in the cards, but with much of the nation
Rodrez – Apr 30, 2021 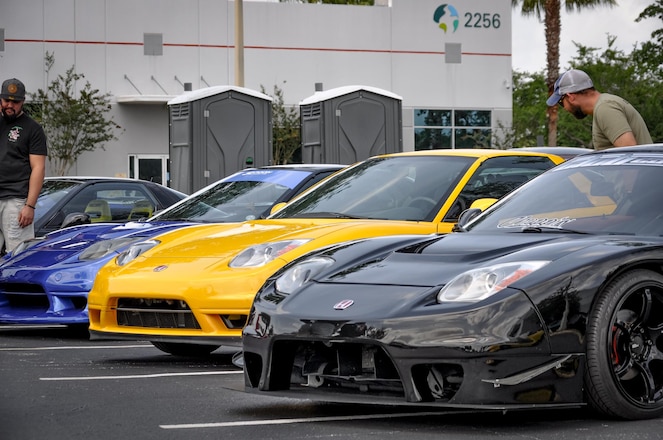 SuperStreetOnline
Fast Times with Falken Tire
Falken Tire, in an effort to help celebrate and prove just how capable their all new Azenis RT660 tire really is, reached out to industry partners and peers and brought them all to Buttonwillow Raceway for an incredibly well-organized track day. With over 30 cars on hand, the private event went down without a single
Rodrez – Apr 30, 2021 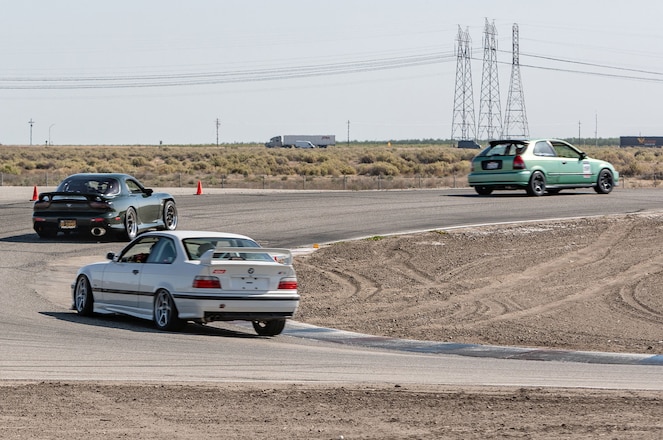