5 Top Porsches at The Quail Concours 2013

Celebrating the 50th anniversary of the 911, a handful of unforgettable cars seen at a premier Monterey Car Week motorsports gathering 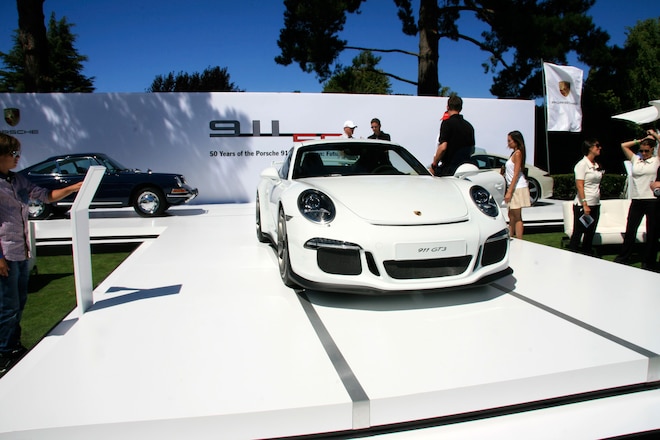 In its 11th year, The Quail: A Motorsports Gathering has become known for showcasing the best of classic automobiles from every marque imaginable. From a gorgeous 1961 Aston Martin DB4GT Zagato to a rare 1965 De Tomaso P70 Prototype, you are guaranteed to see a plethora of the world's most beautiful cars.

To celebrate the 911's 50th anniversary, we selected five of the most striking, rare and desirable Porsches at Quail. As one of the most prestigious events of Monterey Car Week, we also made sure to capture other beauties and rare examples placed across the lawn. In no particular order, enjoy the below selections. 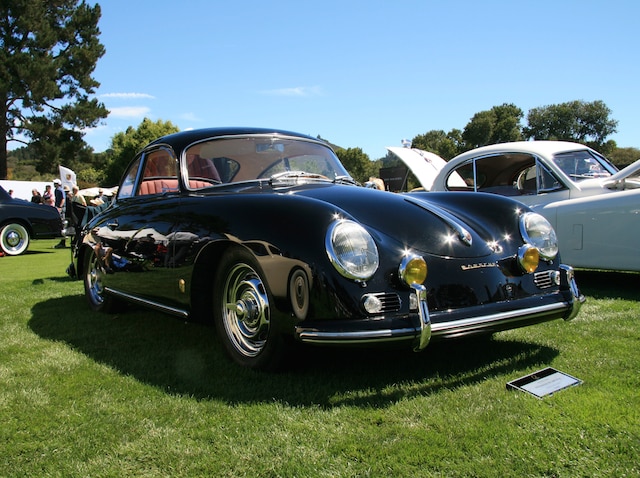 With a Nardi GT steering wheel, eight day mechanical windup clock, Speedster seats, Rudge knock-off wheels (which according to the owner cost around $35000), stunning black finish and the fact that this is the last year of the tub body style, it is obvious why this beautifully maintained coupe stuck out. After seeing the 1600 Super at a car show, the Porsche-crazy owner told the then current owner that he would buy whenever he was willing to sell. Two weeks later, Cheney received a call and the rest is history. 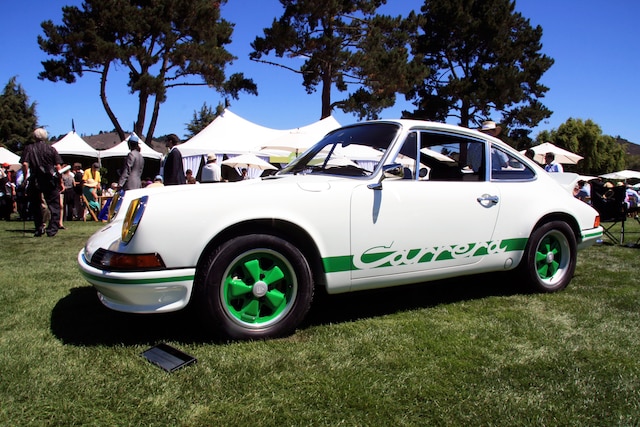 This wonderfully green and white 911 Carrera RS Lightweight 2.7L stopped us dead in our tracks. Around 200 Lightweights were produced, making this particular car very desirable and rare. Originally a French-delivered car, Pflugfelder is the third owner. The steel front bumper, as opposed to fiberglass, and the yellow headlights are the telltale signs that this car was originally from France. The reason for the yellow headlights was due to a lack of clear lenses in France at the time. 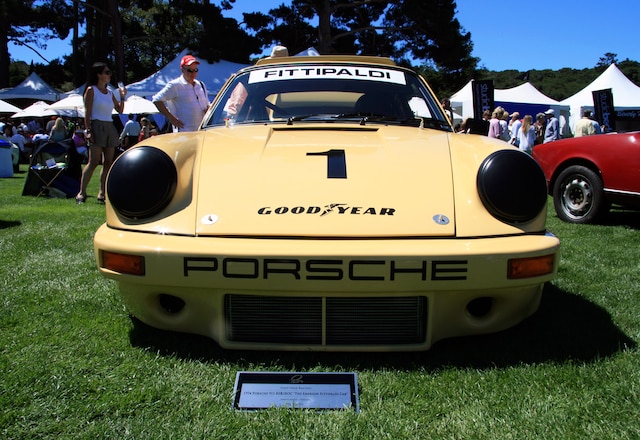 How could you resist this yellow RSR? With the word "Fittipaldi" displayed across the body and window we had to hear the history behind it. Built for a 1973 racing series showcasing the best from around the world and put together by Roger Penske, this 911 was one of 12 to be raced. And although Fittipaldi qualified on pole for the inaugural race, a late arrival to the drivers meeting caused him to start at the back of the field. That was the only race this RSR made in addition to various other series before it sat for a number of years. Recently restored, Kranz purchased the car and has shown it at Amelia Island taking home an award for the historic significance of the car. It is no wonder this RSR Iroc had a special place at this year's Quail. 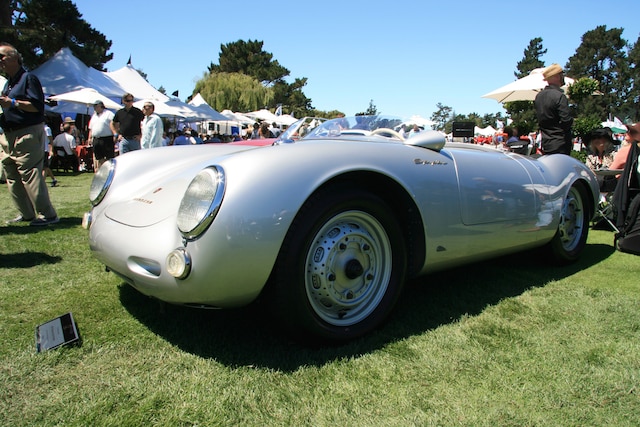 Not only is this convertible 550 RS stunning but it is also happens to be one of the most iconic Porsches of all time. Made particularly famous by James Dean's passing while driving a 550 Spyder, this one is owned and cared for by a family of Porsche enthusiasts. It was raced by Paul Sagan who took home six first place finishes, further adding to the historical significance of this car. With only 90 made, this silver beauty is chassis #73. 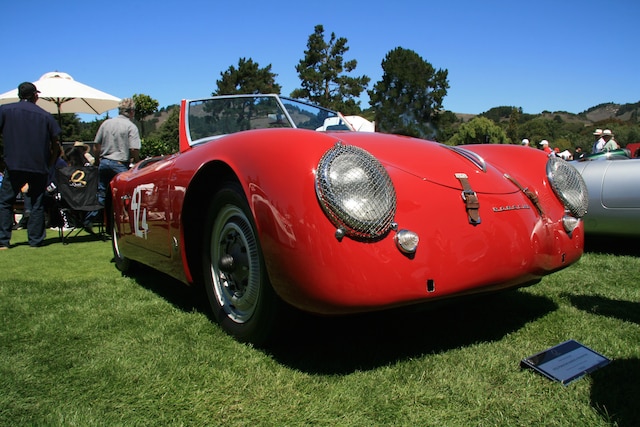 Owned by the same family as the car above, this curvy red Roadster kept us wanting more with a racing history and OEM features that car collectors search out. With only 16 produced, this was Porsche's first built racecar (chassis #9). It features original paint, interior, and only 9000 original miles.

Josie Von Neumann, stepdaughter of John Von Neumann who was the Porsche distributor for Southern California, drove this car. Racing in a 1950's female class, she was actually skilled enough to race with the boys but because of unequal treatment of women at the time she raced in her designated class. And if you thought segregation of women was enough to keep her down, think again - she won four races. 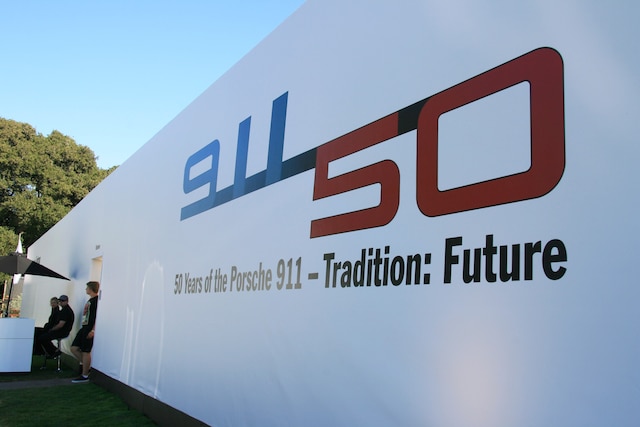 Each of these stunning and incredible examples of Porsche above represents some of the most unique and desirable of the German automaker. But Porsche was not the only marque to showcase the 'best of' examples at this year's Quail. Below you will find a photo gallery of other cars that caught our attention. Comment below to tell us your favorites and let us know what you would like to see from next year's Quail: A Motorsports Gathering. 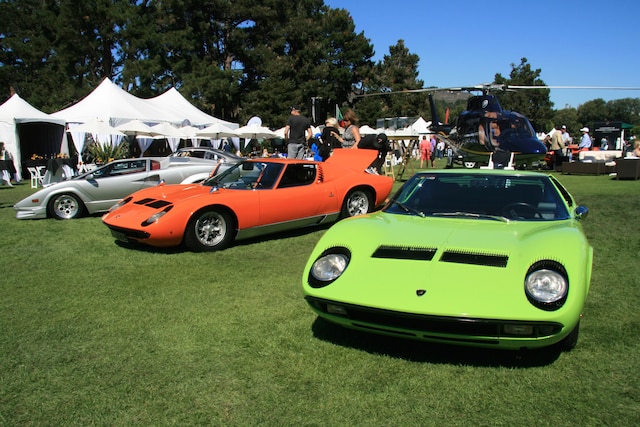 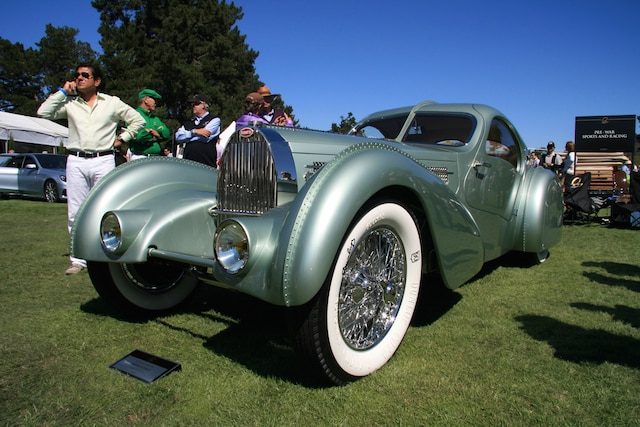 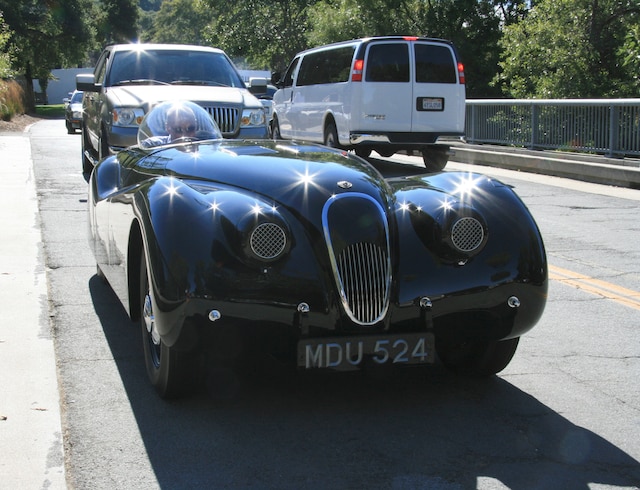