LTMotorwerks turns up the heat with an array of wild widebodies The crew at LTMotorwerks in El Monte, CA is one of the hardest working shops in SoCal and its recent partnership with Japanese styling company Liberty Walk has turned it up a notch.

On display outside the company's HQ was the full range of Liberty Walk cars, built by LTMW in double-quick time. 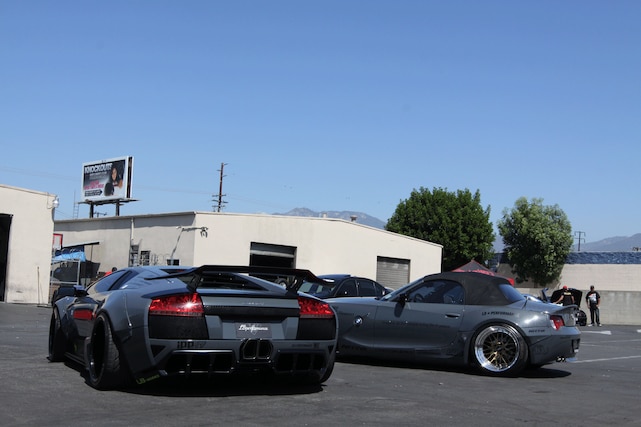 Hopefully by now you've seen two of the E92 M3 widebody cars (black and grey) in the October 2013 issue of european car Magazine that's on the book shelves now. We delve into their full spec including ESS Tuning superchargers in the magazine.

They were joined by the latest addition to the family - Darren Yoo's blue E92 M3 with the same Liberty Walk widebody, ESS blower, etc. It also shares an ear- splitting exhaust system with one of the other cars that uses an electronic flap to make the sound more police-friendly. 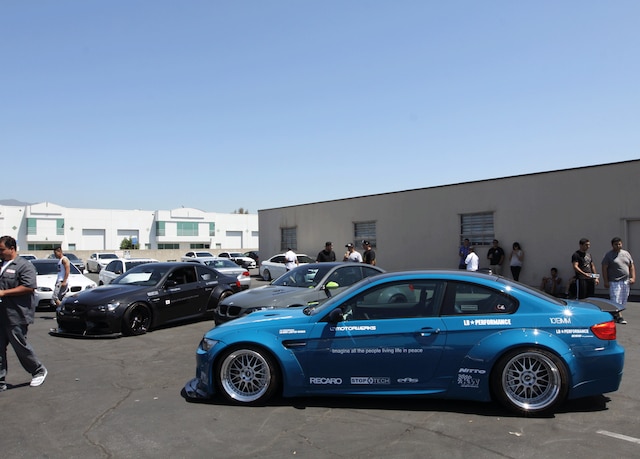 Star of the show was the Liberty Walk Murcielago, which was downright nasty, especially parked next to the company's comedy Prius conversion. If the world froze over and I had to drive a Prius, I guess this would be the one... 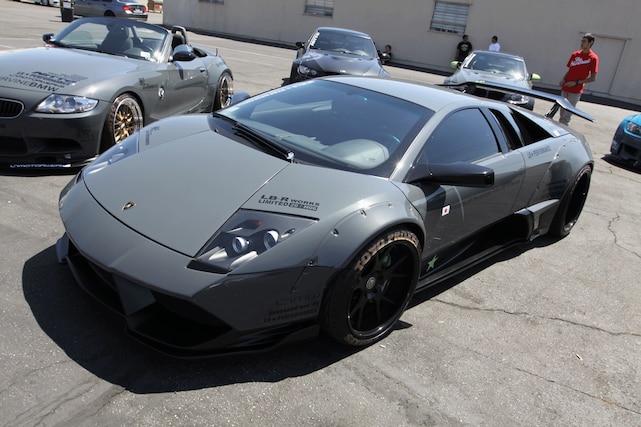 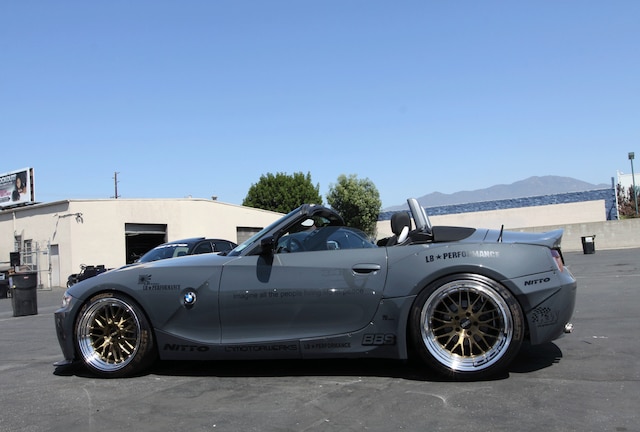 On the other side of the Lambo was the new widebodyZ4 conversion with a fresh set of BBS crammed under its fat fenders. This was probably the best Z4 we'd ever seen until Slek Design rolled in with its new carbon fiber-bodied Z4 that blew everybody away.

The bare carbon was beautifully finished, with every panel covered in the lightweight material. The car is stall awaiting a rollcage and some finishing touches but was spectacular, nonetheless.

Two other cars from LTMW that caught our eye were the E90 335i with WTCC widebody, belonging to the same owner as the Liberty Walk Z4. The red sedan is a genuine replica of the World Touring Car racers and deserved more attention, but was slightly overshadowed on the day... 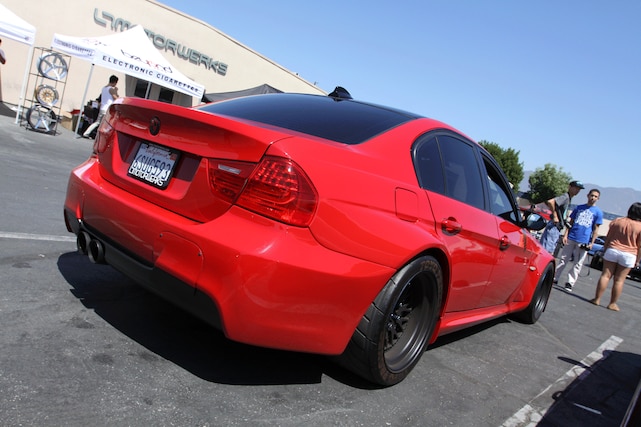 Finally, we loved the M3-bodied E91 328i wagon on BBS LMs that was tucked away in the workshop. It lacked engine mods but the GT3 RS grey paint made up for the deficiency. 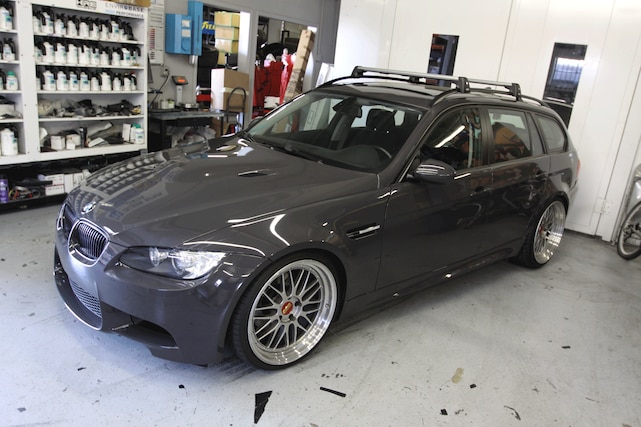 We'll have a full report from the LTMW Summer Show with more cars and more information here at www.europeancarweb.com on Monday, but we wanted to get this mini report and gallery online as soon as we could... 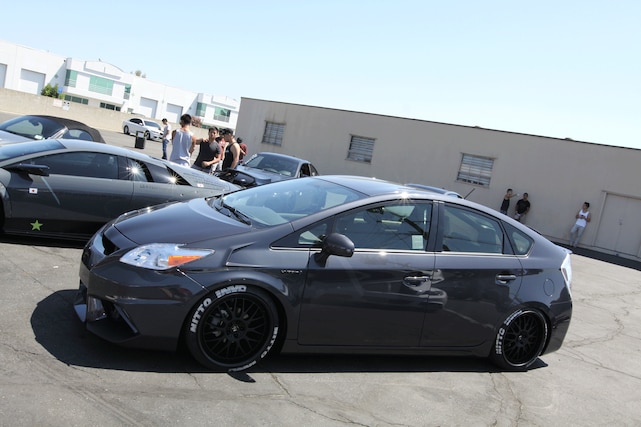