We've got everything from Liberty Walk BMW M3 to widebody Lamborghini Murcielago, with a handful of the coolest builds from the LTMotorwerks show in El Monte, CA 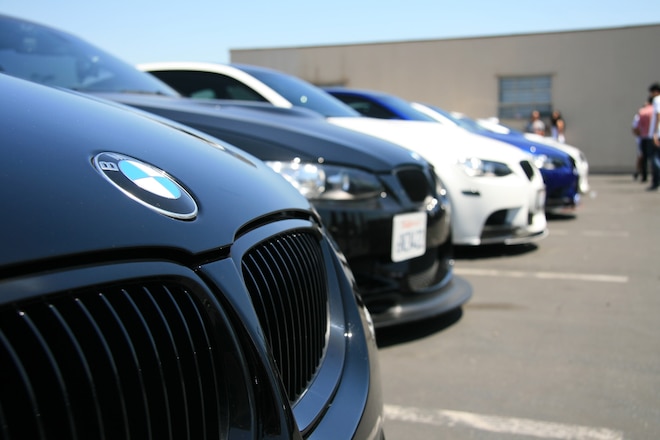 The second LTMW Show of 2013 brought a slew of cool cars and major presence from Japanese tuner, Liberty Walk.

LTMW (LTMotorworks) contacted Liberty Walk after seeing its BMW M3 body kit. It was love at first sight for the El Monte, CA-based company, which has been working closely with Liberty Walk ever since building a pair of M3s for the last MFest event, and adding a third more recently.

Currently, LTMW has possession of several Liberty Walk cars including its Lamborghini Murcielago, several BMW M3s plus a BMW Z4 and a Toyota Prius. These were literally the stars of the show, placed dead center at the event.

While there were plenty of modified builds to choose from, our five favorites inevitably featured most of the Liberty Walk products (plus a gallery at the end of others that caught our eye). Let us know which of the five is your favorite in the comments section below, and maybe we'll see you at the next LTMW show. (ltmotorwerks.com) 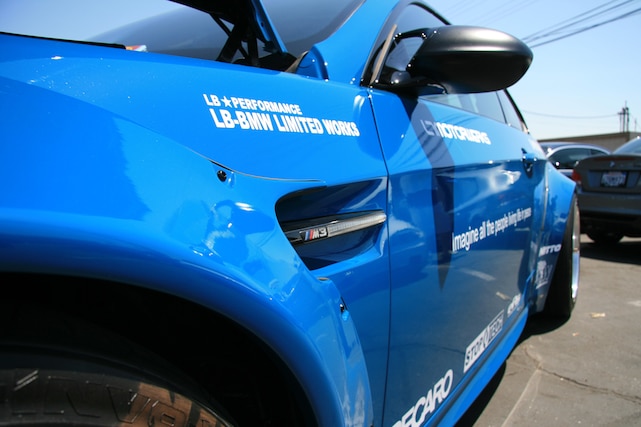 The blue M3 stood out from the grey and black Liberty Walk M3s previously built. The car was purchased with the sole purpose of being modified, barely seeing the light of day as a stock car before it entered the LTMW workshop for its widebody conversion. The owner, Darren Yoo, had even purchased an ESS Tuning supercharger and the Liberty Walk body kit before he bought the car. Completed in a remarkable four days, this M3 had the Liberty Walk body kit, LTMW paint, Work wheels, KW suspension, the supercharger and an Innotech exhaust - the latter had a driver-selected valve that, when open, would blow-out your ear drums (video below)! 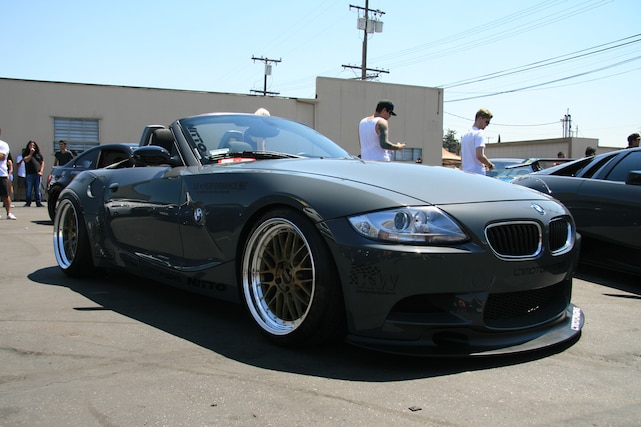 LTMW customer, Justin Gomba, wanted a unique BMW Z4 and was steered towards the new Liberty Walk widebody kit that also included a custom LTMW front bumper borrowed from an M3, while the lip was from a BMW M3 GT4. Finishing the conversion was a set of custom BBS wheels with dark-gold centers and 5" polished lips. 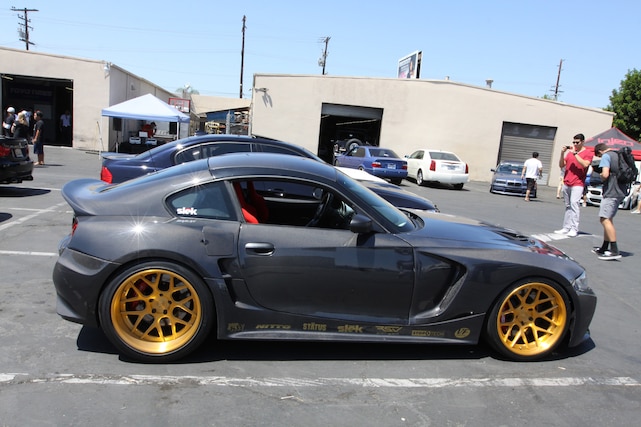 Liberty Walk didn't have it all their own way when a late arrival grabbed some of the limelight - Slek Designs debuted its carbon fiber-bodied Z4 that looked totally amazing. Build time to date has been about eight months, and they're still a few weeks from finishing it, with carbon-covered B-pillars to follow plus a rollcage. Slek claims the Z4 widebody kit is about $17000, while the doors, roof and hatch are another $25000 if you wanted to replicate the carbon fiber body. Despite the cost, there is considerable saving to be made, with the doors weighing about 15 lb each, compared to 100 lb for a stock Z4 door. Add in all the other weight savings plus a VF supercharger and this Z4 should be a little rocket. (www.slekdesigns.com) 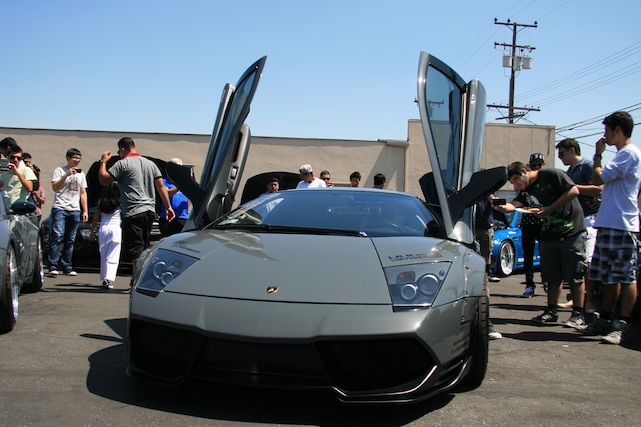 The theory is that if you've got the money to buy a Murcielago, you can afford to cut it up! And although purists might cringe at the prospect, the end results are certainly impressive.

Liberty Walk only made 20 kits, and this car represents number six; as indicated on the front fender. Costing around $30000, the Liberty Walk Murcielago is part of a very small club. (libertywalk.co.jp) 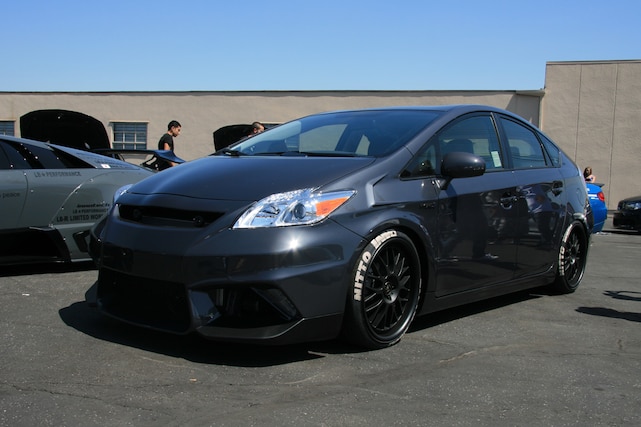 At the other end of the spectrum we found a modified Prius. Yes, you read that right!

Have you ever seen a modified or even remotely cool Prius silently roaming the streets of LA? Well, we've finally found one.

Unlike the limited edition Murcielago that will only appeal to a small number of people, the Prius is popular worldwide and is generally modified everywhere except in the US. So maybe this Liberty Walk body kit could be the start of a trend in this country. 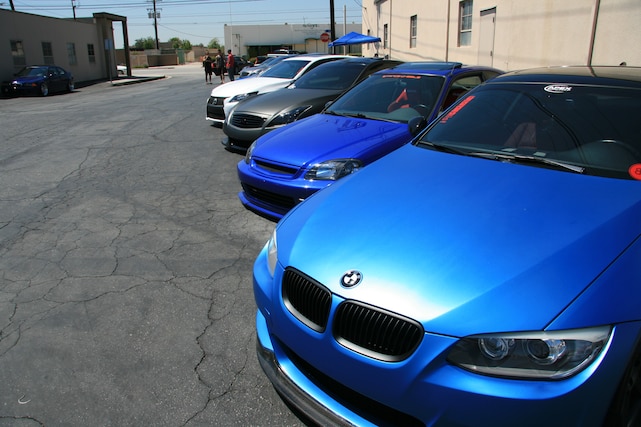 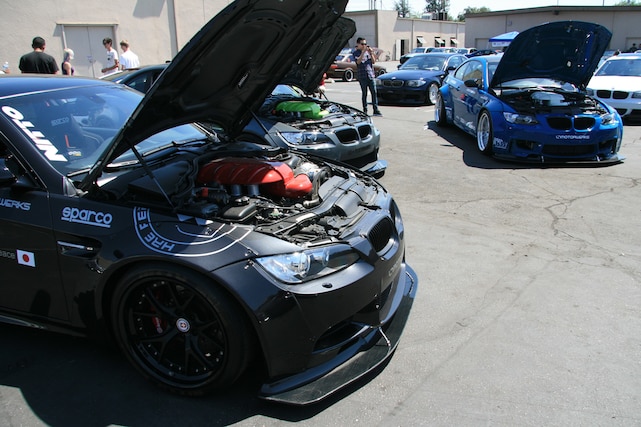 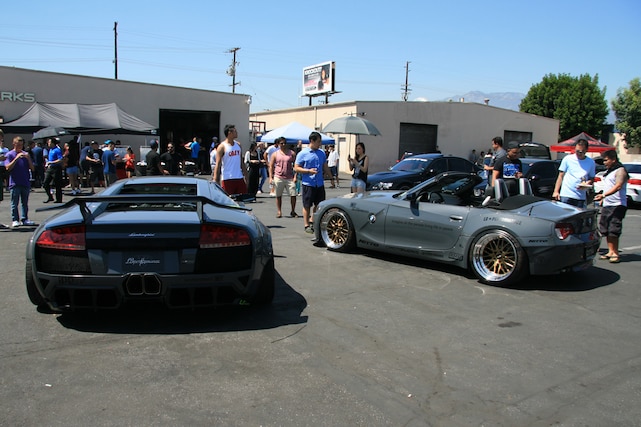 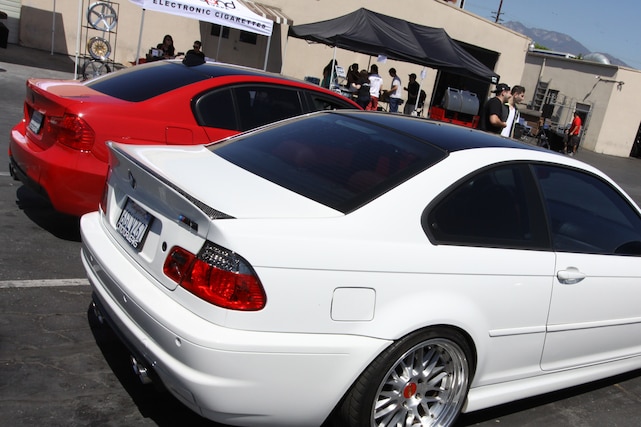 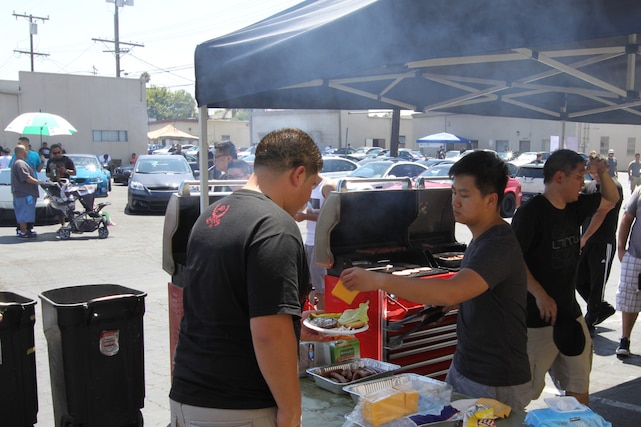