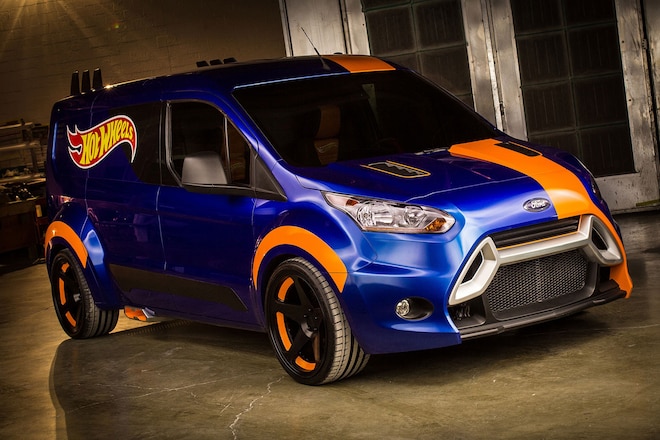 The Hot Wheels® concept of the Transit Connect cargo van, unveiled today at the 2013 Specialty Equipment Market Association show in Las Vegas, has been transformed from a versatile people mover to a race-ready hauling machine that any kid - big or small - would want.

The Hot Wheels® brand, which has produced more than 4 billion toy cars since it was introduced by Mattel in 1968, unveiled its first life-size car in 2001 at SEMA.

"The Hot Wheels design team jumped at the chance to hot rod a Transit Connect van," said Felix Holst, vice president of creative for Mattel Wheels Division. "The idea was to create a race-inspired support vehicle for the average guy to spend a weekend at the track testing his Hot Wheels race car.

"The Hot Wheels Transit Connect features an entirely custom, euro-look wide body kit, Rotiform ROC wheels, sleeping quarters and tool storage for living the dream that most of us had playing with Hot Wheels as a child," Holst added. "It even has slide-out drawers to keep your favorite Hot Wheels cars with you at all times."

For this job, Michigan-based custom builder Ice 9 Group worked with designers from Ford and Hot Wheels®, taking a Transit Connect down to its basic elements and rebuilding it from the ground up, creating a one-of-a-kind dream machine.

"We basically reskinned a new vehicle," said Keith Strong, president of Ice 9 Group. "We did all the computer-aided drafting and tooling, removing the old body panels and crafting a whole new look. Every single aspect of the exterior is different, including the roof. The idea was to show just how far out you can take a vehicle like this - a small van - that isn't typically thought of when you go to SEMA."

The Hot Wheels® Transit Connect, powered by a 2.5-liter Ti-VCT four-cylinder engine, has been widened 4 inches in front and 6 inches at the rear. It features functional custom exhaust ports on either side, gullwing doors in place of the sliding doors, new front fascia and bumpers inspired by Focus RS, and custom 20-inch wheels.

The interior of the Hot Wheels® Transit Connect has also been customized, with a Sortimo® secondary floor installed covering a set of drawers for tool storage, a 55-inch television screen, two 18-inch tablets and custom Recaro® seats from a Focus ST.

The tablets are installed in the rear doors. The television screen is installed in a bulkhead behind the front seats. Two Hot Wheels® orange tracks are recessed in the bed, forming a drag strip right down the center of the van.

Making use of Transit Connect's towing capability, a custom trailer is hitched up to carry Rip Rod(tm), which is powered by a 1.0-liter EcoBoost® engine. Rip Rod(tm) was designed and built by Hot Wheels® in 2012.

Fans will get a chance to have their own Hot Wheels® Transit Connect in the form of a 1:64 die-cast scale model when it arrives on store shelves in fall 2014. 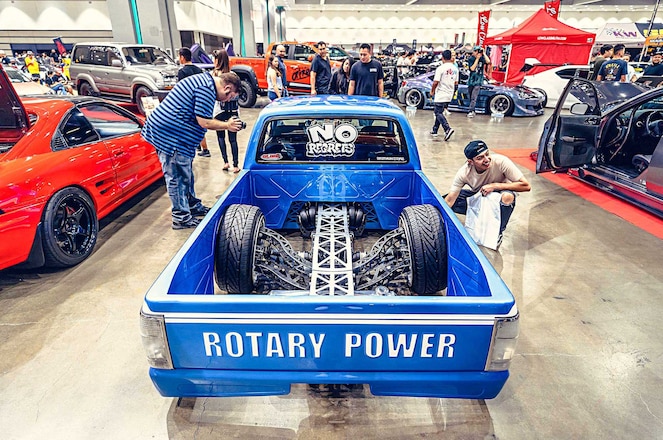