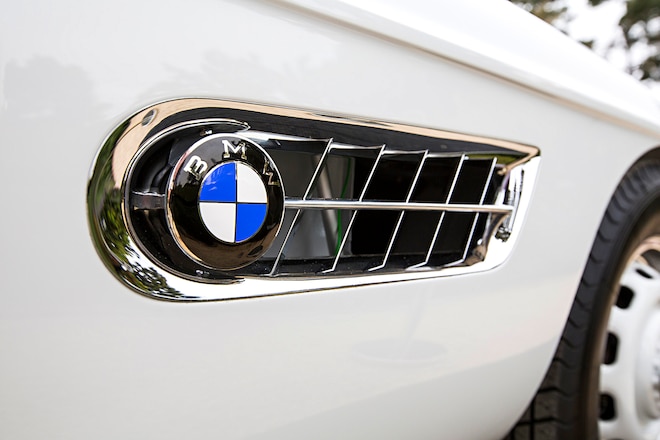 There's simply too much to see during Monterey Car Week. I spent three full days in between Monterey and Carmel, attending Pebble Beach Concours D'Elegance, The Quail, Rolex Monterey Motorsport Reunion, and a couple other small gatherings, yet I still feel like I didn't see half of what the weeklong car festival had to offer. One thing I did notice was that BMW and its diehard owners did not hold back!

Celebrating its 100th anniversary, BMW's presence was felt at practically every event that allowed a roundel. The manufacturer was also the featured marque at the four-day Rolex Monterey Motorsports Reunion at Mazda Raceway Laguna Seca. From the thousands of awesome Bimmers I came across, I put together a top 10 list of some of the most interesting ones. 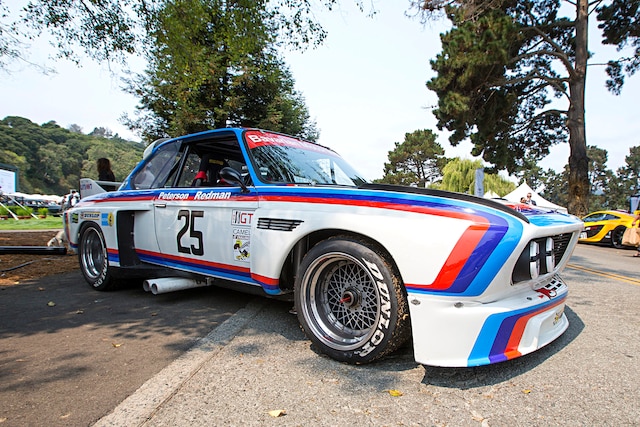 1. 3.0 CSL - IMSA Camel GT Series. The 3.0 CSL might be one of my favorite BMW models of all-time, and in race spec it's that much more awesome! During the Rolex Monterey Motorsport Reunion, president of BMW, Ludwig Willisch, took one of the cars around for a few hot laps (yes, there was more than one there!). While these 3.0 CSLs are more than 40 years old, it's safe to say that they still run like champs! 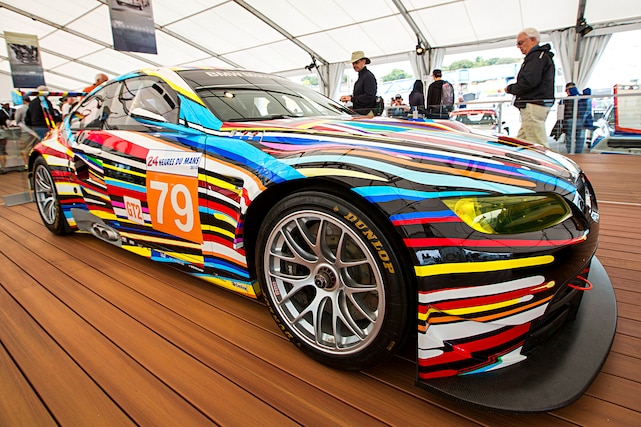 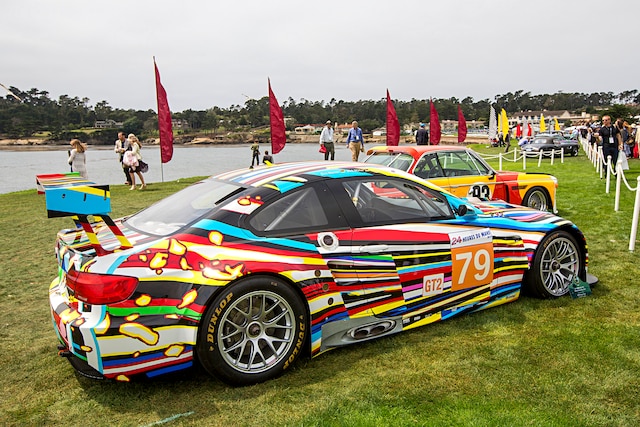 2. M3 GT2 Art Car - Jeff Koons. I've always been a fan of BMW's Art Car series, and this E92 M3 wasn't created to be just a display piece but was actually raced at the '10 24 Hour of Le Mans in France by Dirk Werner, Dirk Muller, and Alex Priaulx. 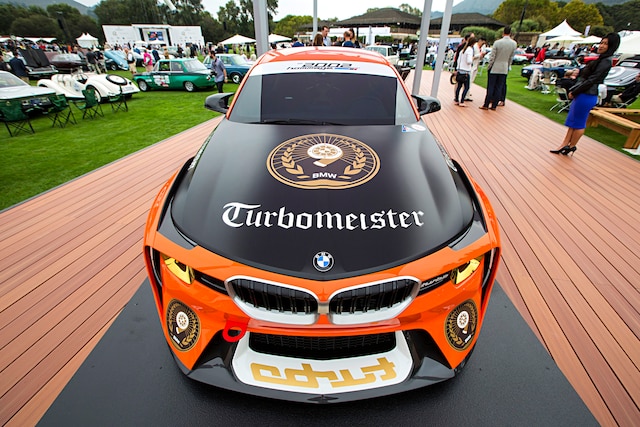 3. 2002 Hommage Concept - "Turbomeister". This M2-based concept car isn't anything completely new as it debuted earlier this May in Lake Como, Italy; however, at The Quail BMW revealed a new livery based on Jagermeister-sponsored race cars of the '70s. Jager-bombs, anyone? 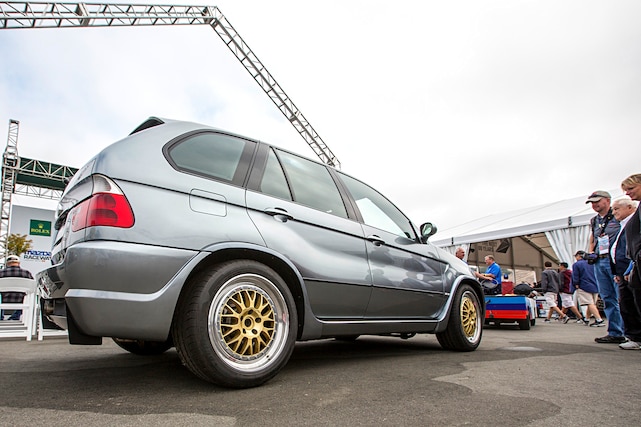 4. X5 Le Mans. I only had a few seconds before they towed this bad boy away at Laguna Seca, but for a minute I was fanboying hard! Commemorating a victory at Le Mans in '99, BMW created this X5 with a 700hp 6.0-liter V12, along with a chassis modified for the track. Famous BMW driver Hans Stuck actually took this thing around Nurburgring and clocked a 7:50 lap time. 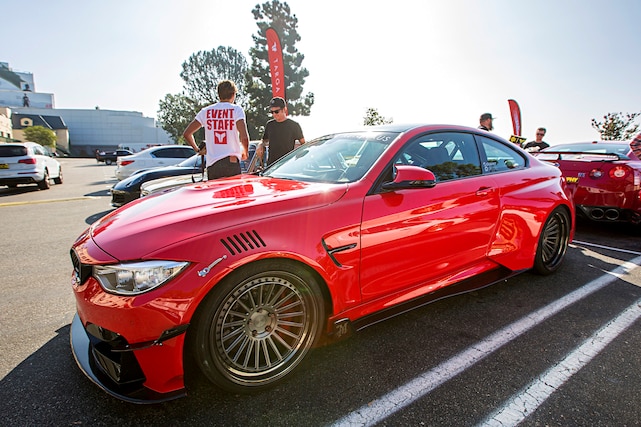 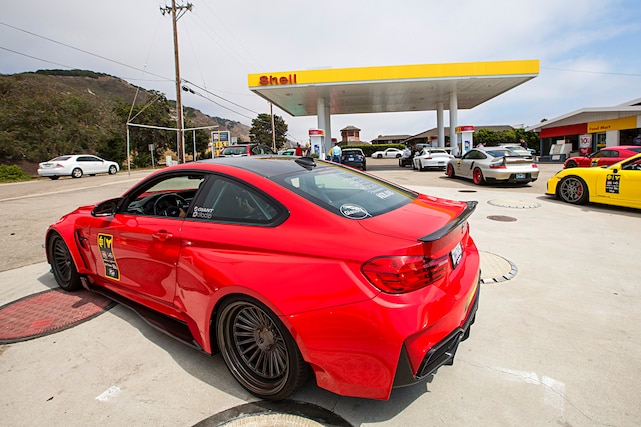 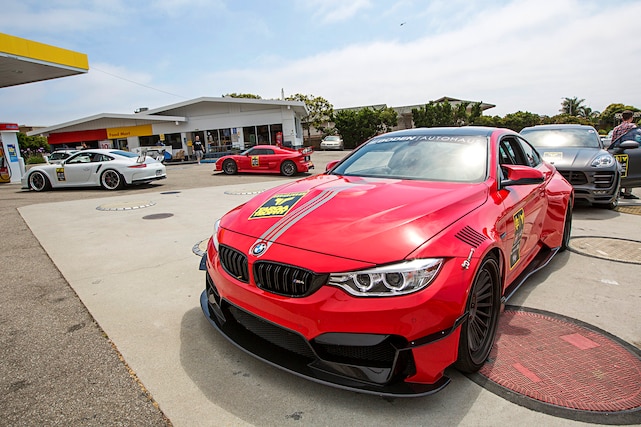 5. M4 - Boden Autohaus. Okay, this isn't your typical car at Pebble but I had the pleasure of driving up with the Boden Autohaus M4 from Los Angeles during the Targa Trophy Drive to Monterey. The '15 SEMA show car features a Vorsteiner widebody, R1 big brakes, BC Racing suspension, and a Garrett turbo upgrade. Proving that it's not just a trailer queen, it was dope to see this M4 being pounded on all the way up through Big Sur to Monterey. 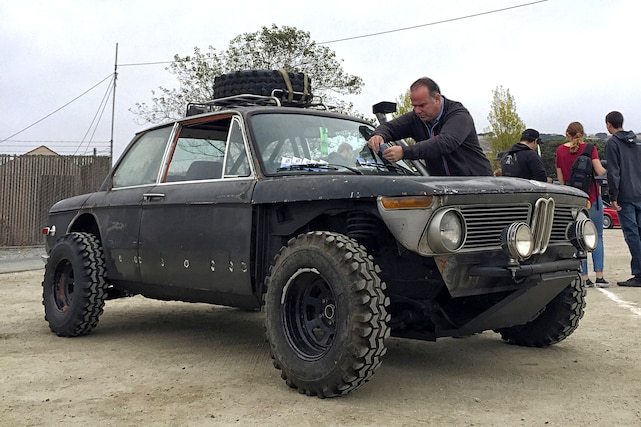 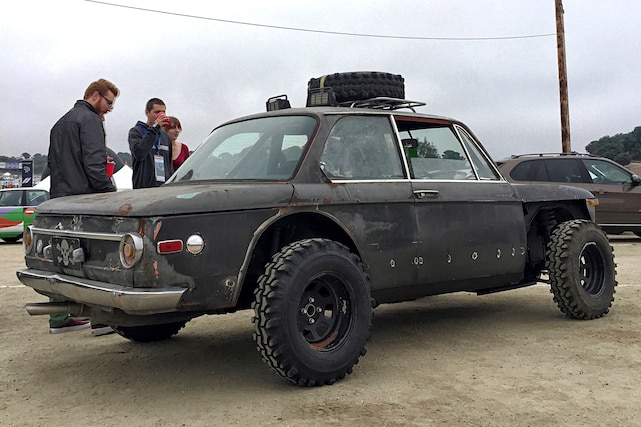 6. 2002 Offroad. Typically 2002s are built as restoration projects; however, this quirky coupe has been lifted and reengineered to take-on dirt, rocks, and mud. I know plenty of you will be hatin', but I can't deny its ingenuity! 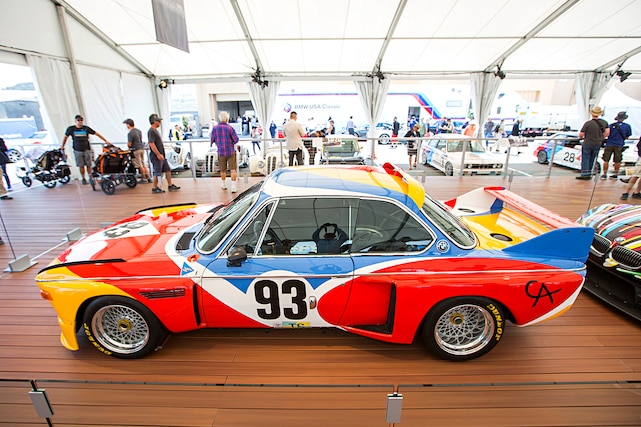 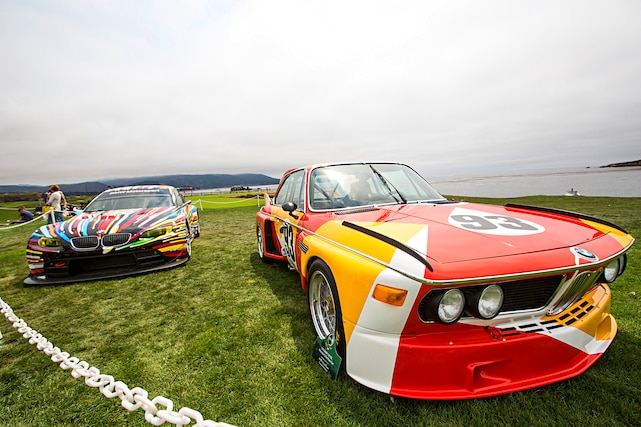 7. 3.0 CSL Art Car - Alexandar Calder. BMW brought out a second Art Car to Pebble Beach Week and it's arguably sexier than the M3 GT2! This 3.0 CSL was released in '75 and American artist Alexander Calder did the paint. The different shapes and colors simply look stunning and it's easily one of the best Art Cars to date! 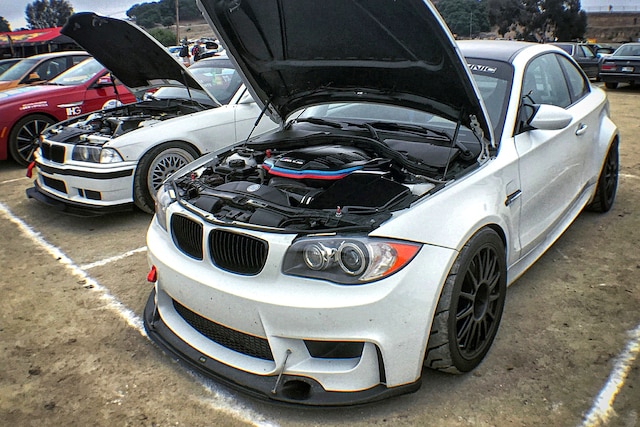 8. 135i V8 - Marco Svizzero. My buddy Marco is still putting his widebody, 4.6-liter Dinan-powered 1 Series Coupe to good use. After a european car cover feature and also earning first place at our Continental Tire Showcar Shootout last year, I spotted his 500hp track monster in the paddock of Laguna Seca. Ready to defend the Show Car Shootout title, Marco? 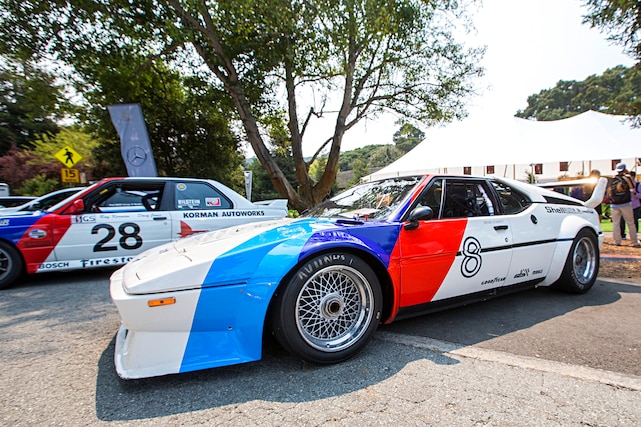 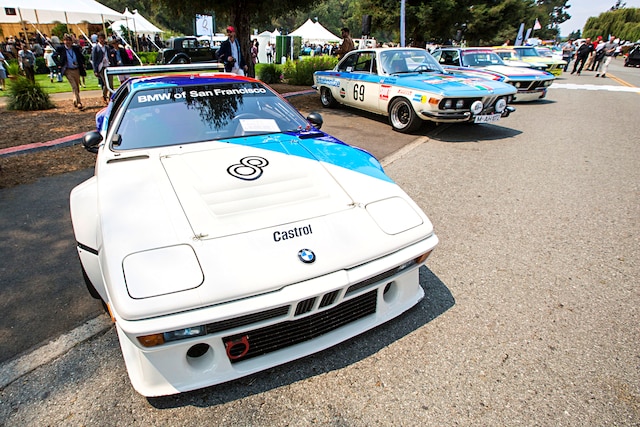 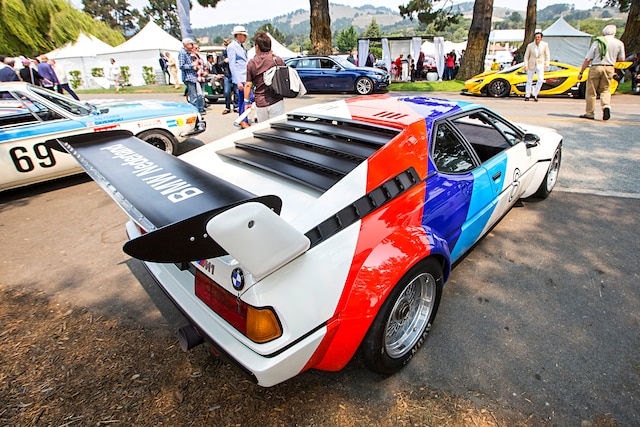 9. M1 ProCar. One of the rarest BMWs to see is the M1 (453 produced in the world). A handful was at Monterey, but this Group 4 racer stood out the most. This M1 competed four times in Europe, and quite frankly it was truly bananas to see it being driven on the street alongside several other historic BMW Motorsport cars. 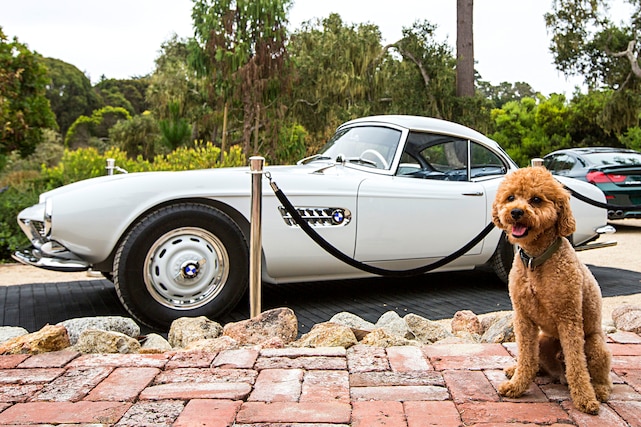 10. 507 - Elvis Presley. The 507 is as rare as it gets, 254 built between '54 and '59. BMW showcased three 507s over the weekend and one of them actually belonged to the late, great Elvis Presley. Unfortunately, I wasn't able to get a snap of Elvis' exact car, but this particular model was restored alongside his. A car collector discovered both 507s in a pumpkin warehouse of all places.