The three most hated (and loved) cars of Wekfest Japan 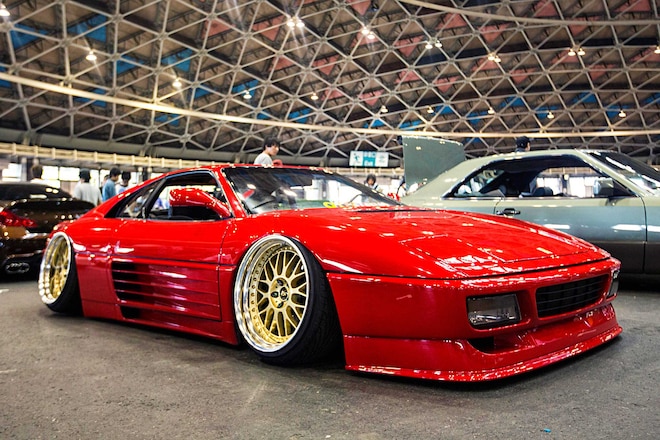 At Wekfest Japan, there weren't just a handful of exceptional JDM- and USDM-themed builds, but hundreds! Row by row, I found myself snapping several photos of nearly every Honda, hachiroku, and every other show car I laid eyes on. You can check out our first gallery of Wekfest here, but for now I wanted to point out these three very interesting builds. While I can appreciate good parts and excellent build quality when I see it, I tend to gravitate towards the most unique stuff, the oddballs, and nothing stopped me in my tracks quicker than this Ferrari Testarossa, 348, and Lotus Esprit.

What's great about these cars is that they don't have widebodies or wild paint schemes, expensive engine builds, or done-up interiors. They are more or less stock but yet they commanded a crowd at Wekfest like they were Best of Show contenders. 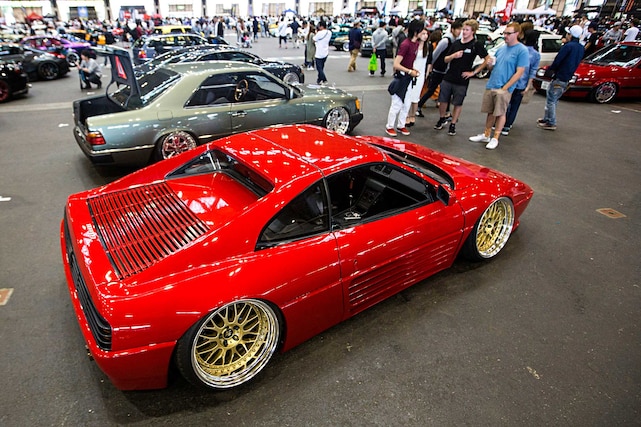 Before I get into the cars, it's important to acknowledge the owners, Kazuki, Ginpei, and Yasuhiro. Let's just say they are some of the kindest and most humble car enthusiasts I've ever met. They bow in thanks anytime a person pays them a compliment or takes a photo of their car. They also aren't trying to be the most popular kid in the scene or dying to win any awards for that matter. They simply love cars and pushed themselves to create something that hasn't been done in the community before, something they could be proud of building. So if you're trying knock some sense into them because their "stance and camber sucks," don't waste your time. They're building their cars for themselves, and they're doing it with the biggest smiles.

Now back to the cars, this trio shares a few similarities. First, they are all cars you'd never expect someone from our community to modify. These older Ferraris and Lotus typically belong to collectors or retired men, not mod-crazed fanatics like you and me. Second, the parts they use are minimal. I'm talking about wheels and suspension - that's it! No need to drop cash on making lots of horsepower or custom body and paintwork. These old school sports cars are badass to begin with, and just needed a slight personal touch to be different.

I'm not here to advocate what these guys have done. I'm a firm believer a person should build a project car the way they want to, and not for what other people think. But I will say this "trend" seems to work. These enthusiasts from Japan have put their spin on three of the most unlikely cars to modify, and they've done it with just enough style, making it hard for anyone to not stop, drop, and take a photo - and that includes me.

Owner: Kazuki Ohashi
Car: 1989 Ferrari Testarossa
Power/Engine: 390hp/4.9L V12
Market Price: $80,000 to $200,000 plus
Just 22 years young, Kazuki can say he owns a Ferrari! If we weren't already jealous enough, he also has an E30 BMW and an NSX in his garage back home, but this Testarossa is what's causing quite a stir. It sits on air suspension and the 18/19-inch deep-dish five-spoke wheels tuck right inside the rolled fenders when the bags are aired out. We also noticed a pair of BMC carbon intakes installed to the flat-12.

Owner: Ginpei Yamaguchi
Car: 1991 Ferrari 348 TS
Power/Engine: 300hp/3.4L V8
Market Price: $60,000 to $150,000 plus
Ginpei is no stranger to building project cars, having owned Silvias, Supras, a drift JZX, and even a Porsche 911 in his past. This 348 TS (Targa) is his latest creation, and has the most work done when looking at all three of these standouts at Wekfest. The suspension uses a custom hydraulic system and the fenders have been cut and widened to look OEM while accommodating the 19x12.5-inch Work VS-XX wheels. When the suspension is all the way down, the engine and tranny are a couple of fingers away from scraping the ground. Ginpei also developed a one-off X-pipe and exhaust for the V8.

Owner: Yasuhiro Tsuchida
Car: 1985 Lotus Esprit S3
Power/Engine: 160hp/2.2L inline-four
Market Price: $20,000 to $50,000 plus
Yasuhiro picked up the least expensive car out of the group with a non-turbo Lotus Esprit. You can sometimes find these cars under $20,000 with some wear and tear, which is okay if you plan to do what Yasuhiro did. He pieced together his own air ride kit using universal air bags and sourced a set of staggered SSR Formula Mesh wheels. He's had the most unique history of project car builds, owning a Peugeot 406 and old Volvo station wagon before - both dumped on air ride.