The Hondas of Tuner Evo SoCal '18 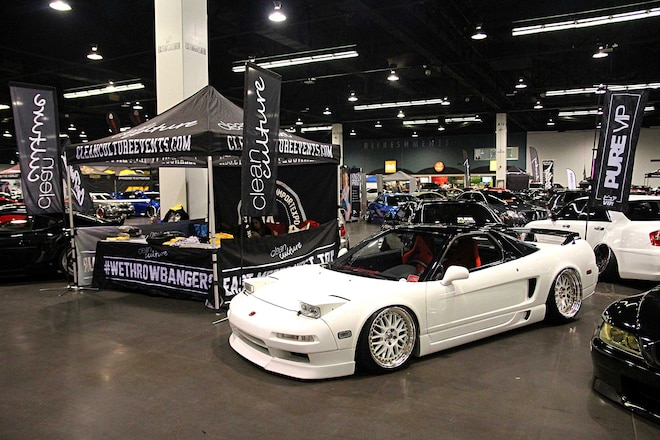 Southern California's first car show of 2018 landed at the Anaheim Convention Center on January 14th, and though it was Tuner Evolution's first visit to SoCal, the group is no stranger to organizing large-scale events. Having already cut their teeth over the years with tour stops in Atlanta, Philadelphia, Chicago, and elsewhere, Tuner Evo set its sights on the West Coast.

Sliding into a new region for the groups early in January proved to be the right idea as registration quickly filled up and on the day of the show, a huge number of spectators showed up. Unfortunately, until a few fire guideline violations were rectified, it put a halt to the show before it even started. With the doors announced to open at 11am, many made their way to the venue prior to that to stand in line, and as the big moment rolled around, the delay kept them in the convention center's lobby. And while some media was allowed in to capture images before the crowds, many had to wait outside until the owners of two improperly parked vehicles finally made it back to the venue to make the necessary corrections.

It was a production hiccup, but one that didn't stop the fans from pouring into the hall to see hundreds of cars, along with vendor booths, models, and more. There's no doubt the show will be back for 2019 (that sounds weird this early into the new year) and we're confident the details will be ironed out at the next one. Until then, here's a look at the Hondas in attendance at Tuner Evolution's first SoCal tour stop. 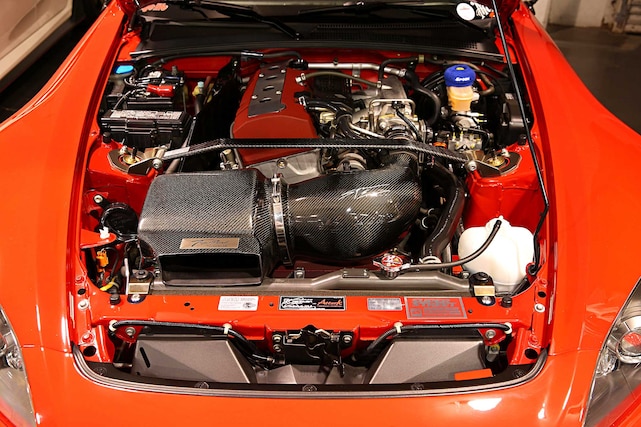 In a world of shaved and tucked bays, something as simple as this S2K actually makes a statement. The Circuit Hero coilpack cover and rather rare Top Fuel carbon-fiber intake help strengthen that sentiment. 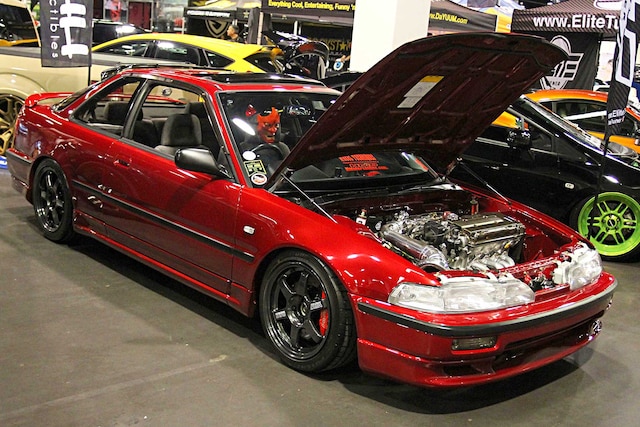 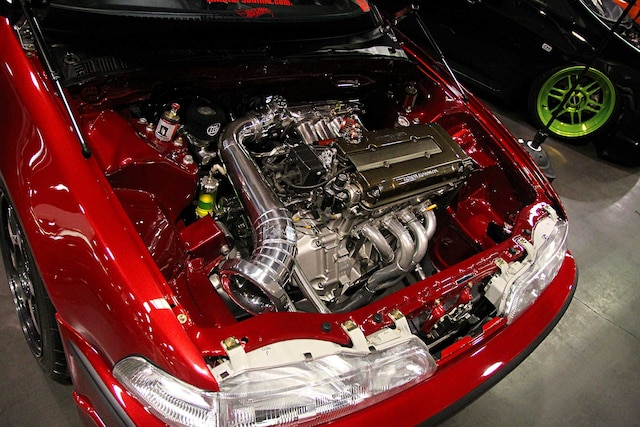 We've seen more DA builds in the last two years than we'd seen in the 5 to 10 year period prior to that. It was one of the cars responsible for helping kick start the import performance movement in the early '90s. This RHD example, complete with an original OEM optional kit and B17A power tucked inside a semi-shaved bay, looked spotless under the convention center lights. 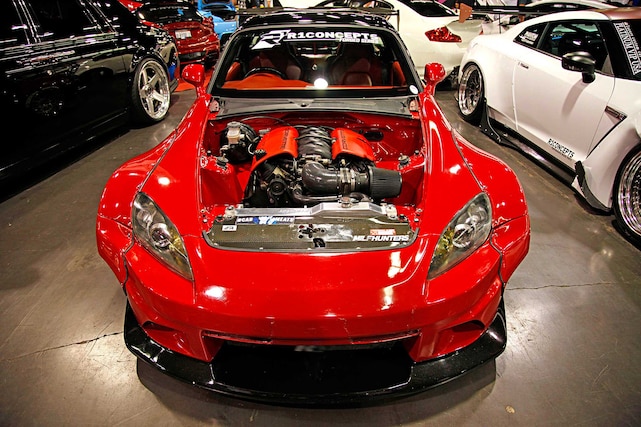 Many think the S2000 didn't get nearly enough torque from the factory. This guy agreed. 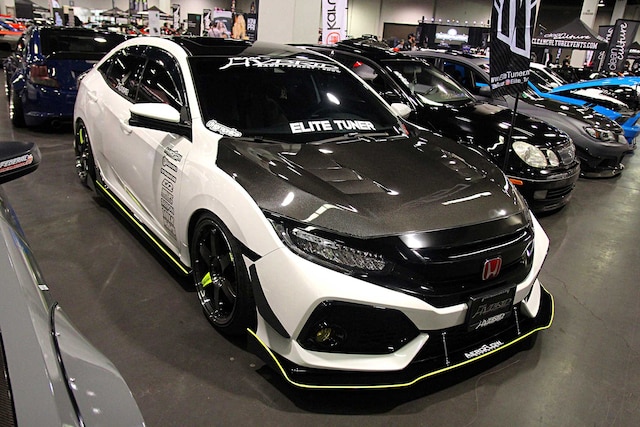 The majority of Honda builds at most shows hovers around the '90 to early 2000s, but there are a few that choose to work on a newer chassis, like this 10th gen. Civic hatchback. 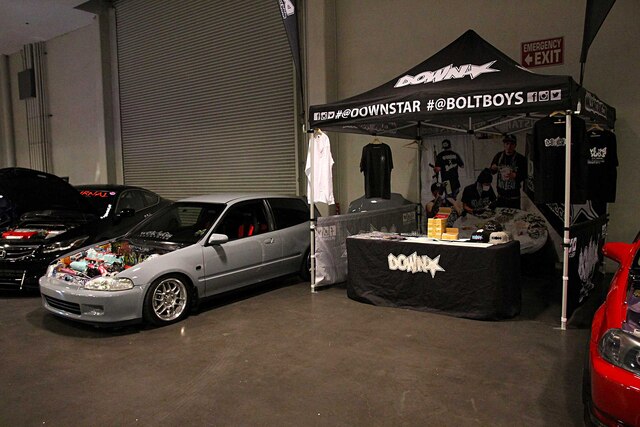 Although Frank Garcia, owner of Downstar, was in Japan during the show, his crew brought the DS Civic hatchback demo car and stocked the booth with plenty of product for the Anaheim crowd. 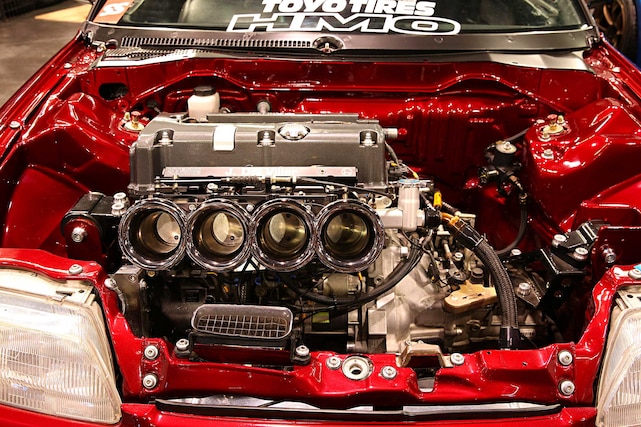 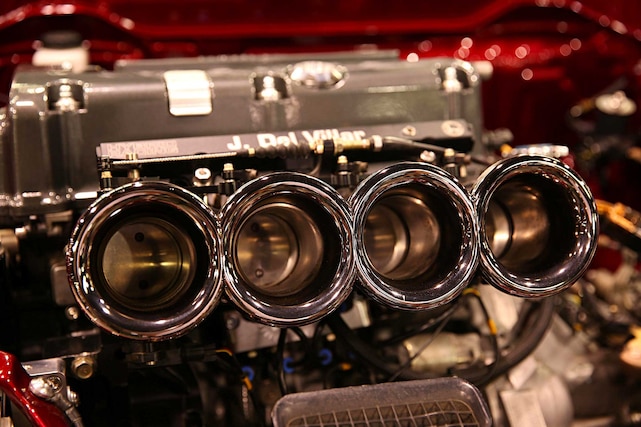 Though intended for competition use to improve power and, perhaps more importantly, throttle response, a set of shiny ITBs will always catch people's attention at a show—like this quartet fitted to a K20 swapped Civic EF. 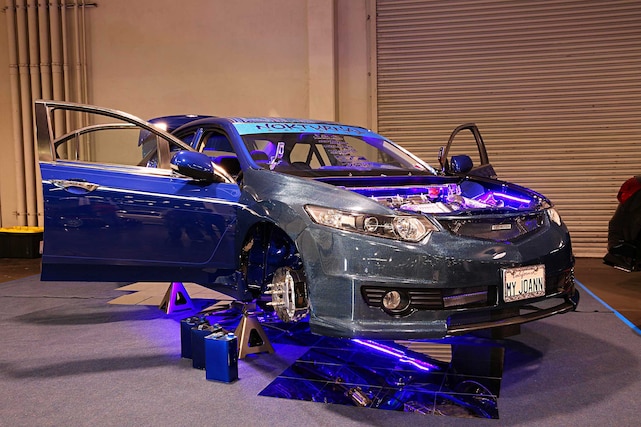 Ira's TSX build is about as far outside the box as you can get. Fitted with Mugen aero and a CT supercharger set up, the rest of the car rides a fine line between lowrider and sport compact. Constantly making changes, recent updates include a blue tinted carbon fiber front end. Even if it's not your thing, it's worth a close look at an event to see just how detailed every part of this car really is. 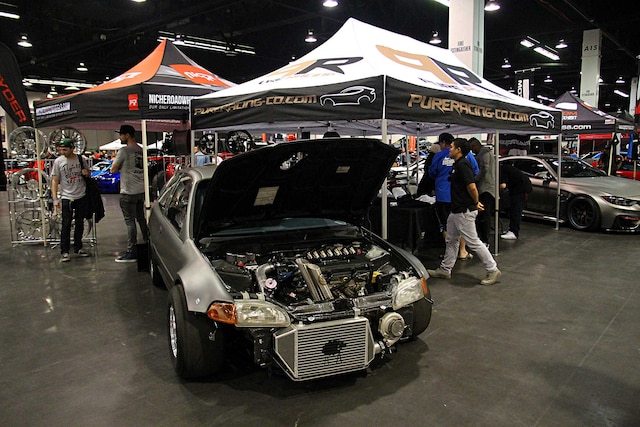 This 5th-gen. hatch powered by a trusty B-swap features a forward-facing turbo and a few Sheepey Built parts. 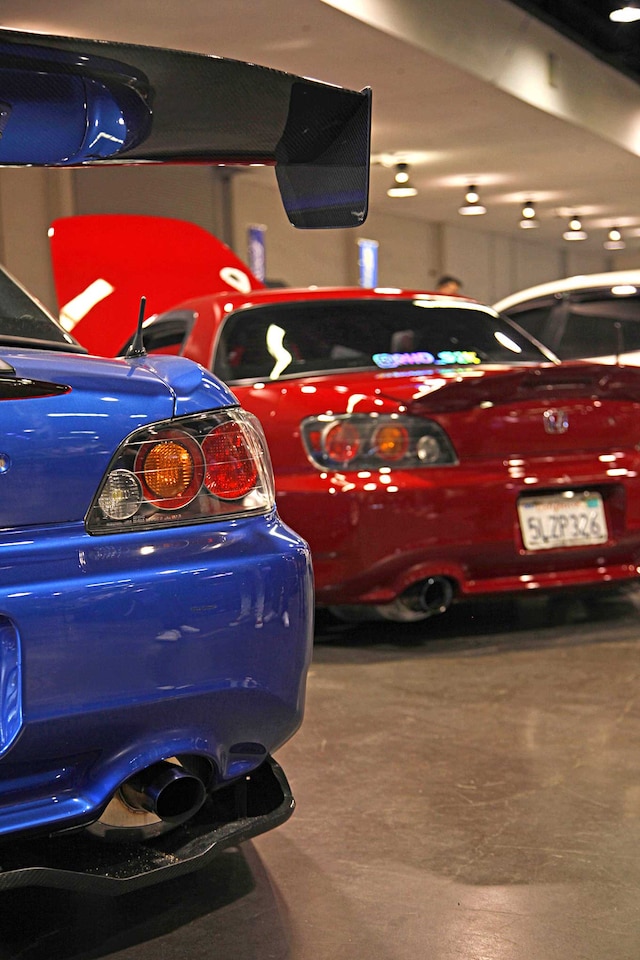 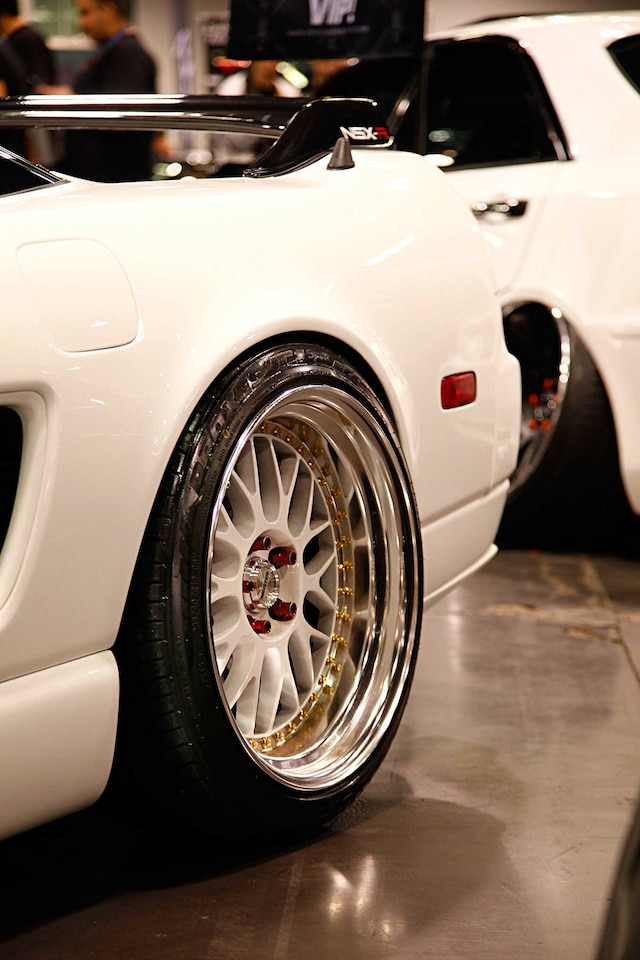 Honda Tuning
Formula D Irwindale 2020
Against some heavy odds, the Formula Drift 2020 championship finally crossed the finish line at Irwindale Speedway with a mid-November conclusion that any other year would have been a full month after the series’ traditional end. But with a pandemic raging across the globe and mass gatherings deemed essentially unsafe, FD had to come up
Bob Hernandez – Nov 25, 2020

Honda Tuning
Global Time Attack 2020 Finals
In a 2020 where most events were cancelled and the ones that weren’t had their dates jumbled, we were relieved that Global Time Attack was able to hold its annual year-end classic on the weekend it had planned all along. The road course time trial series wasn’t completely immune from the cancellations, having to call
Bob Hernandez – Nov 20, 2020

Honda Tuning
KW Suspensions knows how to throw a party with their industry track day & Variant 5 coilover launch
With the absence of a physical SEMA Show this November, KW Automotive North America decided it was time to take matters into their own hands, making lemonade out of lemons, if you will, and host their own shindig called the KW Tech Expo & Trackfest. Due to COVID19 restrictions, space was very limited at Buttonwillow
Sam Du – Nov 17, 2020