We Focus On The Fun From Fixxfest 6 In Florida. 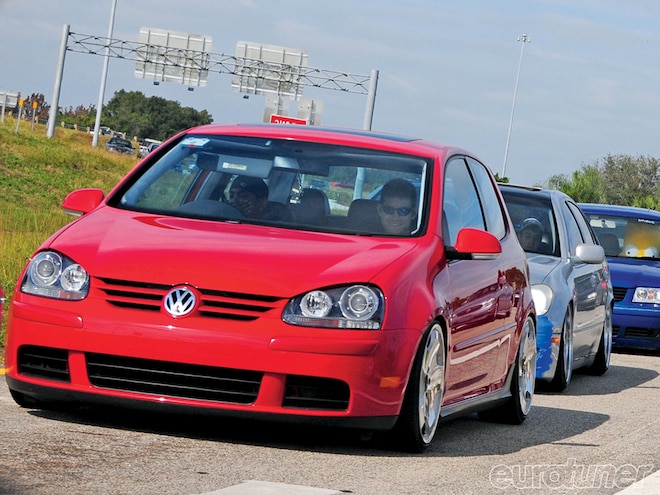 What started as a simple gathering of VW/Audi fans in a county park has turned into one of the largest European auto events in the southeastern United States. And with the 2009 event attracting more than 1200 cars and 2000 people, FixxFest continues to grow each year. 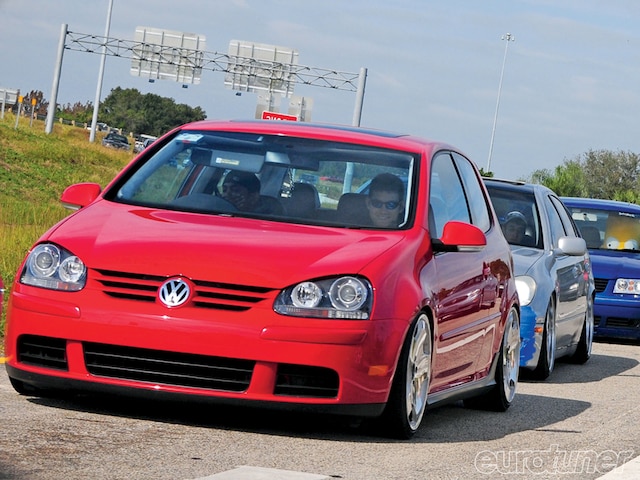 The organizers had added a few extra activities to keep the masses occupied, so there was more to do than ever. It was headlined by the "Best of Class" judged event, which saw a record number of contestants vying for top spot.

Best of Show honors went to Zach M's '09 Audi A5. And with several BMWs taking home trophies for Most Unique, Best Wheels and Best Paint, it was a more diverse field than ever.

The 2009 trophies were etched liter mugs that many used as beer glasses before the end of the night!

With the event held the weekend before Thanksgiving, it was only fitting to hold a pumpkin-pie eating contest. Participants had to finish an entire pie without using their hands. The eventual winner was close to throwing up before making a last effort and finishing the pie!

While there was plenty of racing on the quarter mile, there was also big-wheel racing fun. A small track had been laid out and a final bracket of single elimination head-to-head races saw the first ever Fixxfest Big Wheel Race winner crowned.

The real racing took place on the drag strip and was dominated by seasoned racers and Fixxfest title sponsors, USP Motorsports from Coral Springs, FL. Chris Green, owner of USP, managed a 10.3sec pass in his B5 Audi S4 sporting a VR6 12v turbo.

While a few cars came close, including a Mk5 R32 turbo in the high 10s, nobody could beat the USP S4.

With many spectators staying on to watch the racing, most would later retire to the local Cock & Bull brewery to enjoy the official Fixxfest after-party.

As another first, Fixxfest 6 also included a Sunday cruise. It started in Bradenton and crossed the famous Sunshine Skyway Bridge to arrive at the Fort Desoto beach (only Florida could do this in November!). Upon arrival, cruisers were treated to a BBQ courtesy of UroTuning.

Alternatively, you might want to check out a new event from Justin Welty, the organizer of Fixxfest and owner of UroTuning. It's being called EuroWarz and will be held on April 24 in Bradenton, FL. For more details visit eurowarz.com