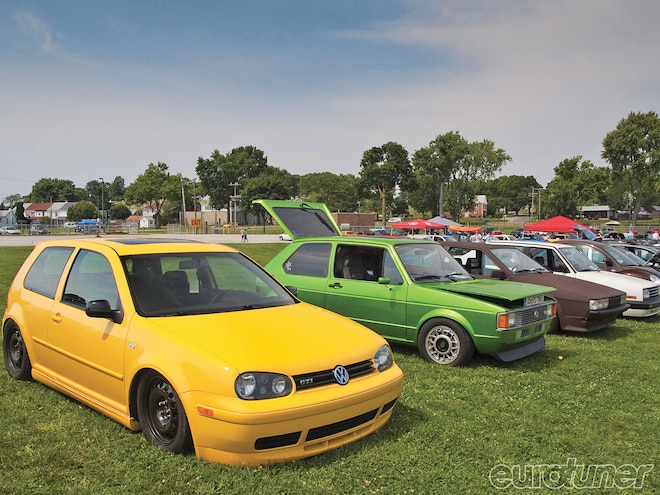 We're not sure if you remember attending car shows for the hell of it, when it was a fun day out, hanging with your friends; back before the haters arrived and owners got abusive because they didn't agree with the judges' decision. Ah, simpler times...

Fortunately, there are still a handful of events you can attend where the living is easy, and VAG Fair at the York Fairgrounds in York, PA is one of them.

Despite growing so fast the organizers had to move the location to a larger section of the Fairgrounds, it still retains a laid-back vibe. Yet it's becoming one of the bigger Euro events on the calendar, with more than 700 cars in attendance, both on the show field and in the exhibition area.

One of the main reasons for VF's appeal is its head organizer, Cory Sterling. He's half creative genius, half drunken slob and half insane, but his no-nonsense approach to car shows ensures the usual BS is absent.

In the tradition of the finest Euro gatherings, it kicks off with the essential pre-party GTG at Chilis on Carlisle Avenue in West York. This helps old friends reacquaint and sets the tone for Saturday's shenanigans.

One of Cory's first edicts is that the event encourages people to hang out with their friends, which means being able to park with your buddies. 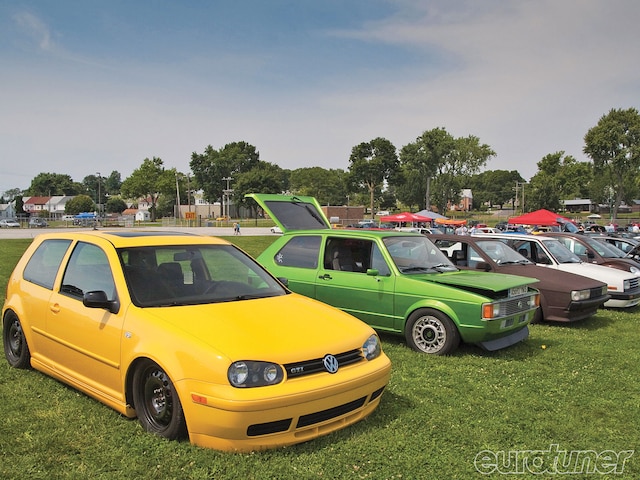 So you won't find the display area brokeninto classes, where you're forced to park with your class and not with friends. What's more, Cory ensures everybody's in the correct class and parked in rows so it's easy for the judges to find you.

Other taboos broken by the VAGers include pets being allowed, small BBQ grilles are cool and beer is almost expected. "We want everybody to have a good time, but showing off their cars is the priority," Cory confirmed.

When it comes to judging, there is an all-European as well as an air-cooled class. "Madness on the Midway" is a special class selected by Cory. The five chosen cars compete for cash and an automatic place in H20's coveted Top Dawg competition.

Tons of awards are handed out for the usual categories of best engine, best interior, etc and Cory likes to give them his personal touch. So the Best Engine trophy has a firetruck on the top, Best Stretch is a gymnast, while Biggest Baller has a basketball... you get the idea!

For the 2010 event on August 14 at the same location, the organizers are working with the SCCA to set up an autocross, which will compete for attention with a mobile dyno.

But for 2009, Cory wanted to say thanks to Don Garrett, Jay Shoup, the show, gate, registration and T-shirt staff (his mom!), as well as everybody who supported VAG Fair and who love European cars.

For details about the 8/14/10 show, visit vagfair.com and check our Club Guide.