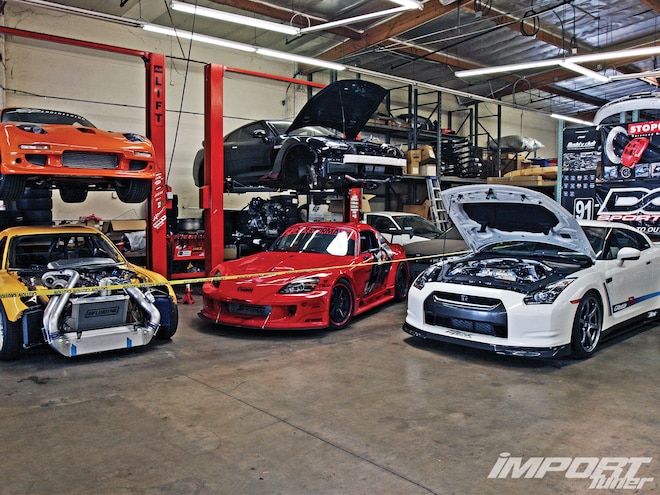 In SoCal news, SP Engineering threw another one of its "We're still one of the baddest shops in the country" meets, by inviting nearly a hundred Supras out to their City of Industry, CA, headquarters. "Basically, we wanted to say thanks to all the Supra owners who have supported us since the beginning and continue to do so," explained SP big boss Alex Shen. "We had free food (Kogi!), drinks, music, etc.-it was the least we could do." Supras of all years could be seen, with 5M- to 2JZ-stamped engines, some of which flexed four times their original power numbers, including Kenneth Henderson, close friend of Alex and the SP crew, whose all-black, 1,100whp, Do Luck-kitted MKIV could be seen parked next to his red MKIV street car-jealousy came courtesy of everyone in attendance. www.sp-power.com