A gallery of Nissan’s flagship model, covering generations from R31 to R34 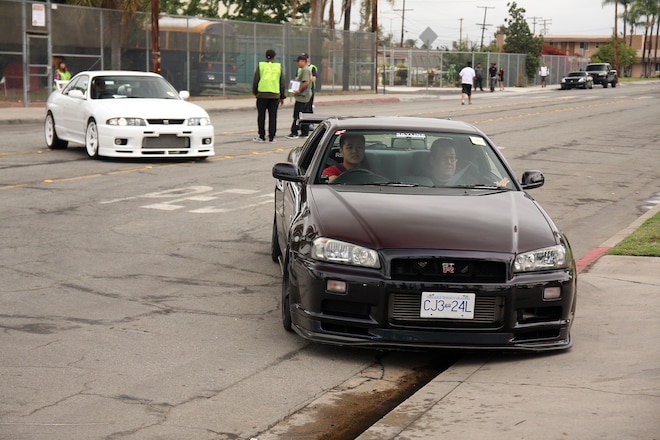 It should come as no surprise the cars that drew the largest crowds at Nissan Jam 2016 were the Skyline. Event organizers clustered them together in one section of La Palma Park in Anaheim, Calif., and while there wasn’t a ton of them in attendance, people couldn’t help but be in awe of such rare machines. We even saw one kid on crutches hauling ass across the park just to be in the presence of the assembled Nissan flagships – that’s love for you, or at a very minimum lust. 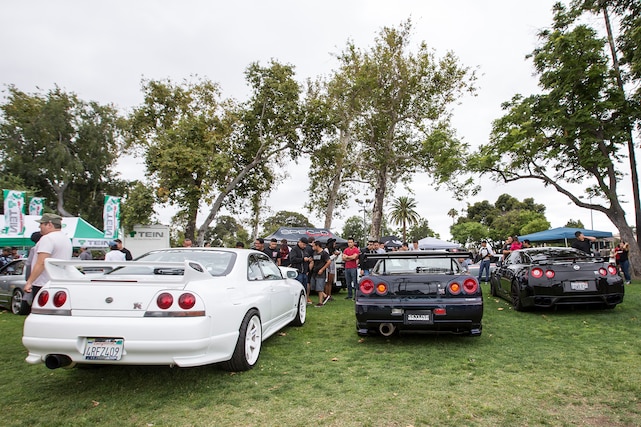 Earlier in the week Michael Castillo’s 1971 Skyline 2000GT “Hakosuka” made the list of our favorite rides from Nissan Jam. While it indeed was an odd bird, it wasn’t the only exceptional Skyline; not too far from Castillo’s car sat an R32 four-door sedan that appeared to come all the way from Arizona to display. Probably the most distinct of the lot, though, was the R31 wagon at the International Vehicle Importers booth. The family hauler features a turbocharged RB20 and FR layout, and represents the last generation the Skyline model came in wagon form. 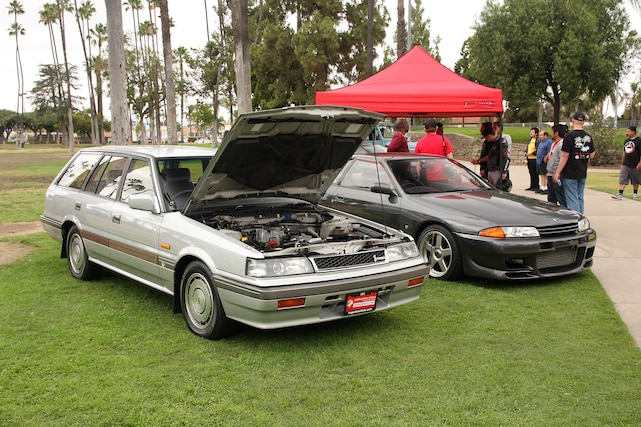 As you’ll see in our photo album, there were R32 and R33 in relative abundance, and someone even snuck an R35 in there too (although if we’re being picky, modern Godzilla is no longer considered a Skyline variant anymore). Feel free to flip through our visuals from Nissan Jam 2016, and be on the lookout for more from the event! 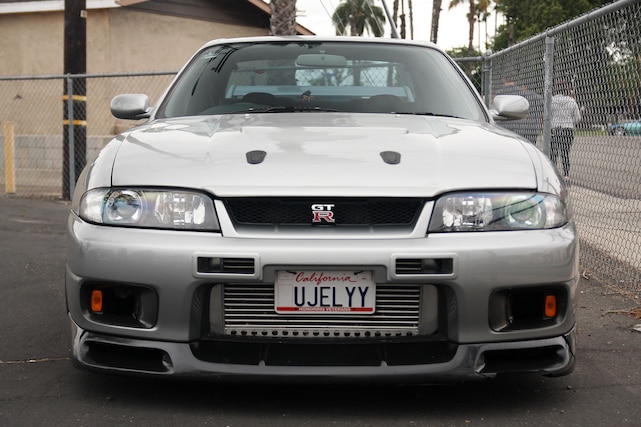 Import Tuner
Autism Awareness Car Show
There’s been a pretty remarkable number of small-scale automotive events popping up over the last 6 months as wade into 2021’s unknown waters in hopes of leaving last year’s drama behind, and this particular weekend, intertwined with various cars and coffee gatherings was car show organized by Orange County’s ARK Movement. With a low entry
Rodrez – Apr 13, 2021

Import Tuner
Old Skool Honda Presents: EF vs. DA Meet
The EF vs. DA car meet is just one of many put together by Instagram’s Old Skool Honda, a page dedicated to the Honda and Acura chassis of the 80s and 90s. The page regularly posts various builds and have grown a loyal following that’s always willing to get together with fellow old school chassis
Rodrez – Mar 22, 2021

Import Tuner
Pasadena, Calif. Overrun with a Variety of JDM & USDM Honda Builds
Almost a year after the lockdowns began, the natives are beyond restless and car enthusiasts, like the Honda fanatics that attended the Old School Honda Meet on February 21st, might be the most eager to hit the road. With seven SoCal events (that we know of) all happening on that particular day, local streets and
Rodrez – Feb 23, 2021