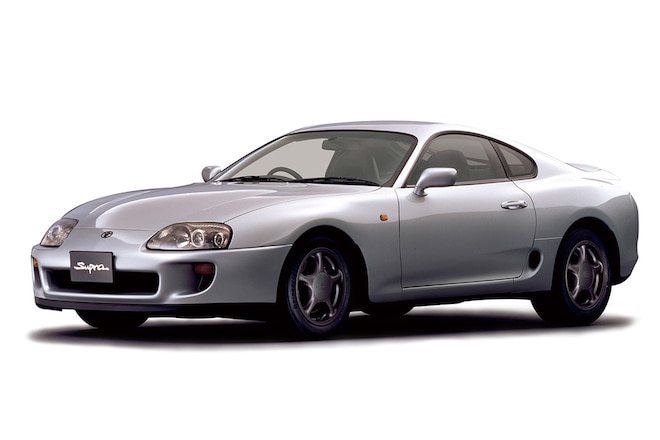 Seeing opportunity in the popularity of Japanese car restoration, and perhaps the trend among its J OEM brand peers, Toyota has revealed it's getting ready to start reproducing and selling spare parts for past generations of its sports cars that have gone out of production, beginning with the Supra. Using the 2020 Tokyo Auto Salon to debut the project, the automaker's announcement says the parts will be sold as genuine replacements by GR Heritage Parts in association with Toyota Gazoo Racing, and Toyota suggests the launch of the program is "in order for customers who have loved Supra for many years to continue driving them into the future."

The first run of spares will be limited to just the Mark III (1986 to 1993) and Mark IV (1993 to 2002) Supras, and consists of only a couple handfuls of parts, but we're expecting a lot more to come. Additionally, GR Heritage Parts is asking the public (via its website) which parts it should be making and selling, and based on feedback we expect they will expand their product lines (although they do note they're not making any promises).

GR Heritage Parts is aiming to start moving product at some point this year, selling both domestically and overseas to North America, Europe, etc. apparently through Toyota's dealership network, but again here the GR HP site manages expectations, indicating already that due to manufacturing reasons it could be pushed to 2021. This kind of offering from an OEM seems to be becoming more common, as we've written about Nissan doing similar and heard of Honda and others also ramping up their own genuine replacement part programs for past models out of circulation. For more information, head to the GR Heritage Parts site or look 'em up at the 2020 Tokyo Auto Salon, running from January 10th to 12, in Chiba, Japan.