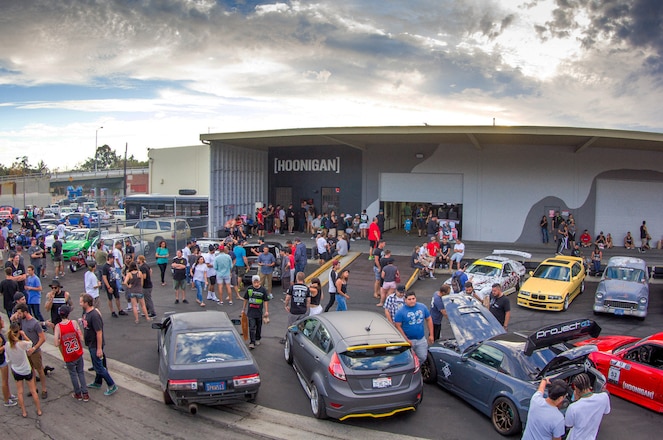 We read “bakery,” and for a moment we thought, cool, Hoonigan is gonna sell sourdough rolls and muffins and such. Then for a split second we thought, ok, this is Hoonigan – it might actually be a pot shop. As it turns out we were wrong on both counts; #HNGNBakery in fact hawks branded apparel, as we learned at the grand opening, and the only doughnuts around were the ones on the t-shirts and made out in the parking lot by their high-powered vehicles. 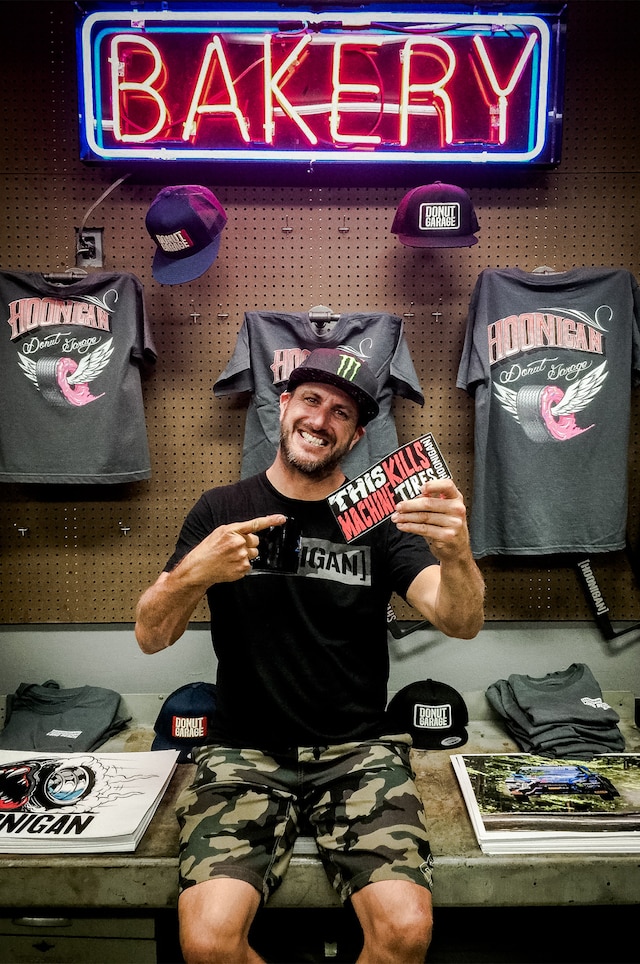 To commemorate the official opening of the Hoonigan Bakery, staff held a little barbecue where the public was invited to do some shopping, meet the HHIC (Head Hoonigan in Charge), Ken Block, and check out some team cars posted up in the shop’s parking lot. Organizers used the opportunity to unveil exclusive gear only available at The Bakery, including their infamous pink box special (we didn’t ask); shoppers also had access to the entire Hoonigan current line, which boasted lots of unreleased product. 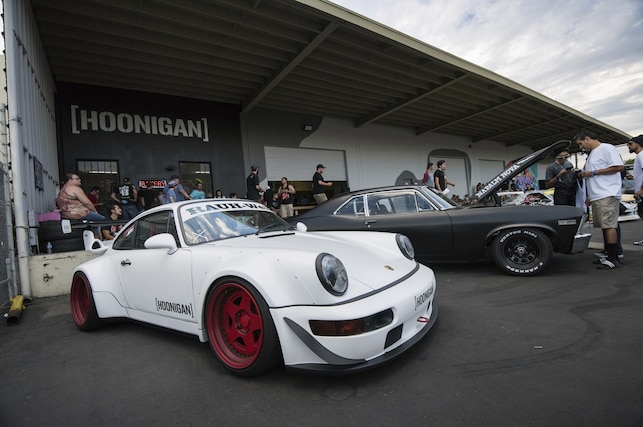 Turnout was great for the grand opening, staffers having to open the shop an hour early to accommodate a line that went out the door for the duration of the event. The good thing is if you’re in Southern California and missed the opening, you can just go over during the Bakery’s regular hours – Tuesdays and Thursdays from 3pm to 7pm and Saturdays noon to 5pm. It’s located at 621 Golden Ave. in Long Beach, Calif. For more info, hit up the Hoonigan blog. 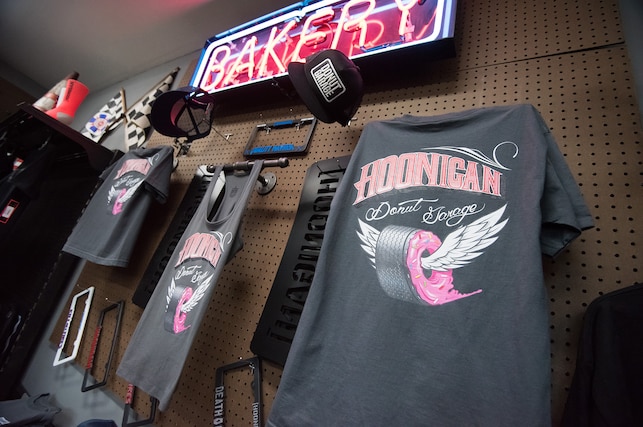 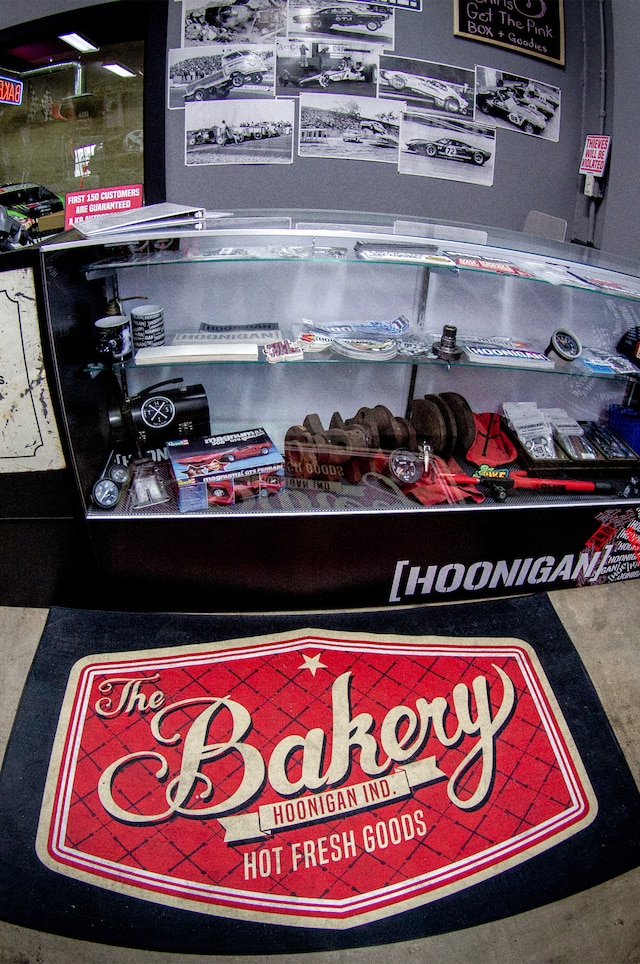 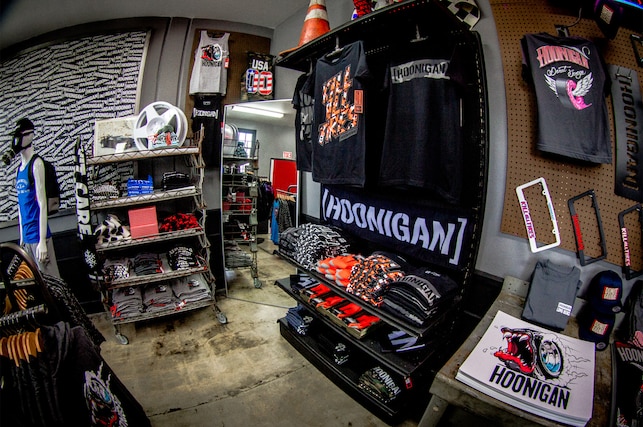