It's well-deserved and a long time coming, but Texas finally has a show that is big, even by Lone Star standards. The drive to have a Houston car show comes from a man who is very familiar with the show scene. 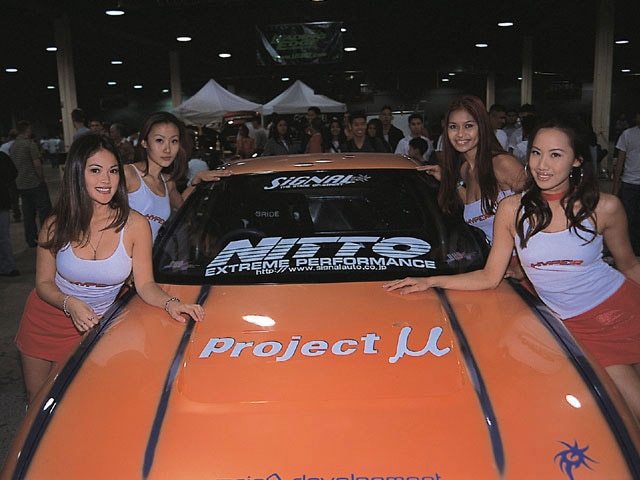 It's well-deserved and a long time coming, but Texas finally has a show that is big, even by Lone Star standards. The drive to have a Houston car show comes from a man who is very familiar with the show scene.

Seeing as how his show-stopping Supra has won numerous awards and graced the pages of your favorite magazine, Import Tuner, it's no wonder that Chris Musgi and his posse of friends (and family) saw the need for a Texas show. They then set out to rent one of the biggest arenas in Houston to house a show/party to end 2000.

On Dec. 16, 2000, more than 150 cars entered in, and 10,000 car enthusiasts became part of the Import Expo experience. The event featured the show competition, vendor row, DJ competition, bootie contest and was finished off with an after hours night club-style party.

We've been to shows in the East and West, and this show mixed a wide variety of racecars and show cars, which ended up with an even 50/50 balance. This is quite a big difference from the typical 5/95 ratio we are used to seeing.

Making the long trek from Dallas was the Jotech posse, which appeared in the Enkei booth. Jotech was out in force with Kenny Tran's 9-second Civic, his street/show Supra, Arthur Armandariz's race Civic with a custom paint scheme and Lac Hoang's MR2; they all attracted spectators to the Enkei domain like bees to honey.

Houston was well represented at the Hocus Pocus booth, with their all-motor Civic and an out of this world Lamborghini. Hyper Racing debuted its race Civic for the 2001 season along with a few of the company's top show cars, while Redline flossed their Civic flagship that posted a 9-second run on its debut. For Mitsubishi fans, Carboy displayed its Mitsubishi Mirage, which was converted to an Evolution IV.

Besides the fact that the car show contained some of the best cars Texas has to offer, the West was represented by the likes of the Nitto Tire-sponsored Signal Auto R-33 Skyline, Toshi Hayama's APEXi R-34 Skyline and Chris Ditty's Enkei-sponsored 300ZX.

Lisa Kubo made an appearance for an autograph session in the Nitto booth, while Kenny Tran doled out his John Hancock at the Enkei booth.

Ari Yallon was also giving out his personal scribble at the IDRC booth, where his 9-second street RX-7 was on display.

A few feet from the car action, the fellas busted out cameras hoping for a glimpse of the bootie-shaking contest, where $1,000 was up for grabs.

Conclusion: Texas got game and this Import Expo was the first of many to come. Musgi and his crew have informed us that they will have two venues in Texas for 2001 and we expect more, because you know they do everything bigger in Texas.

The Year of the Clutch - Terminal Victory

We speak with a few track experts on the advantages of a slippage clutch and tire widths to improve 60 foot times. - Turbo Magazine