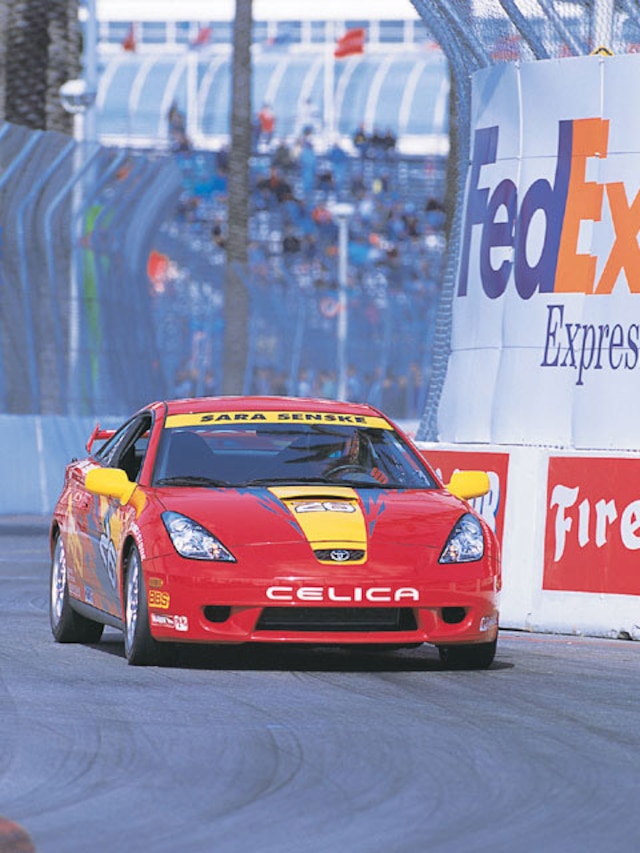 About the only time you can see celebrities in cars other than BMWs and Benzes would be at the Toyota Pro/Celebrity Race in downtown Long Beach. This is the one chance you get to see celebs race in souped-up Celicas. The world's longest-running and most prestigious celebrity racing event, the 25th annual Toyota Pro/Celebrity Race featured 37 celebrities and three pro drivers competing in some bumper-to-bumper racing. Each driver was equipped with a state-of-the-art Celica, race-prepped to take on the streets of Long Beach in a race against the clock and fellow celebrities. The first time I watched the Toyota Celebrity race was in 1989 when Rick Schroder won the race. That's when jealousy kicked in and I said to myself, "Damn, if they let me race I would love to lap these fools." Whopping "the Ricker" from the show "Silver Spoons" would have been an added bonus. Now that I've actually witnessed what the celebrity event is about, I have come to realize that it's not about the celebs winning, it's about the charities that win.

Unlike the CART races, where it's a battle for the prize money and bragging rights, this race was a race for kids. Whether the stars take home a victory or don't even pass the finish line, the real winner is the "Race for Kids" program. All proceeds this year helped raise $100,000 for "Racing for Kids." Plus, an additional $5,000 is awarded to the race winner's charity of choice.