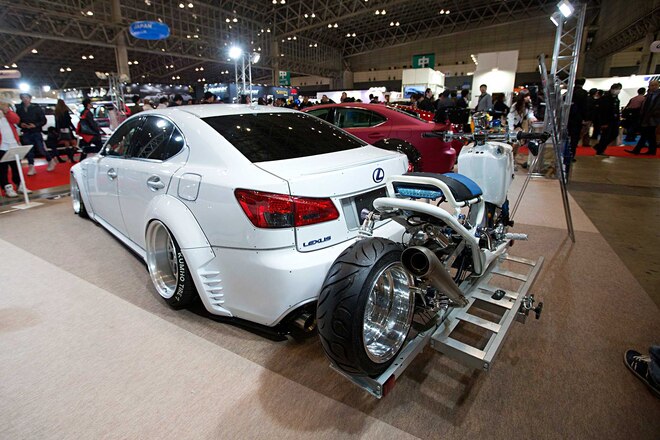 I always tell people who are going to their first Tokyo Auto Salon they're likely to come across some things they'll never ever see back home in the States. Not everything revolves around JDM performance parts, drifting, and time attack. You're likely to discover trends and modifications that are done simply to get people's attention, or maybe the shops and car owners just really have an interesting taste in cars. This is my fourth Tokyo Auto Salon trip and I continue to find things that surprise me, some good, some bad. You can check out last year's "Only in Japan" article here, but here are eight things that caught me off guard at the 35th annual TAS! 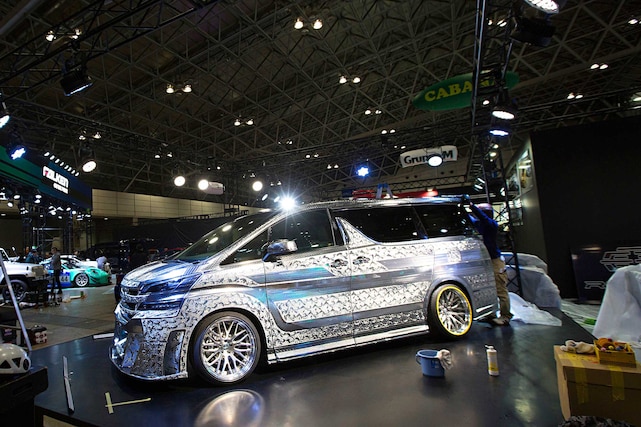 1. KUHL RACING VELLFIRE VAN
Kuhl Racing has been creating a huge buzz at Tokyo Auto Salon for the last few years due to their crazy engraved metal paint creations. It's not a wrap and it's not done with any machines; instead it's completely hand etched and engraved by Rohan Izawa. In previous years Kuhl Racing's GT-Rs were impressive to look at, but this Toyota Vellfire van takes it up a notch. Just think how much more surface area there is to cover! 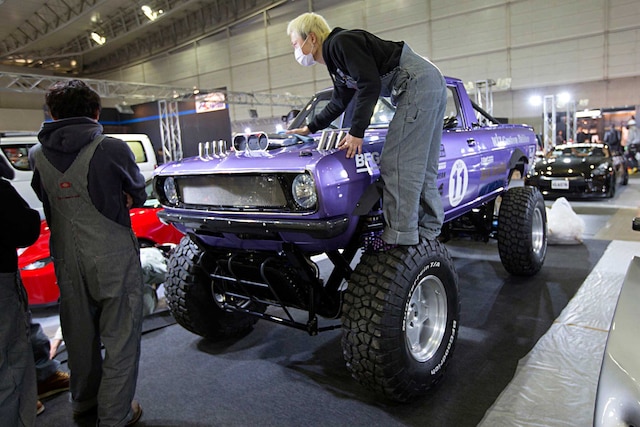 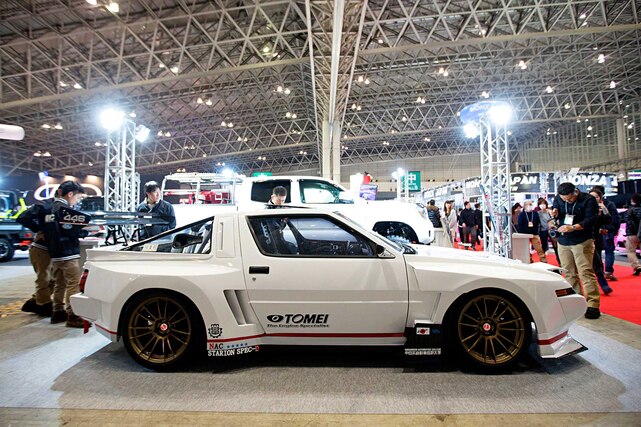 2. SCHOOL BUILDS
Something you'll see at Tokyo Auto Salon are colleges and trade schools that build projects to try to encourage younger kids to work and wrench on cars. This is definitely something we'd love to see schools back home do! My favorite two school builds from this year were the lifted Nissan Sunny monster truck and the RB26-swapped Mitsubishi Starion. Stay in school, kids! 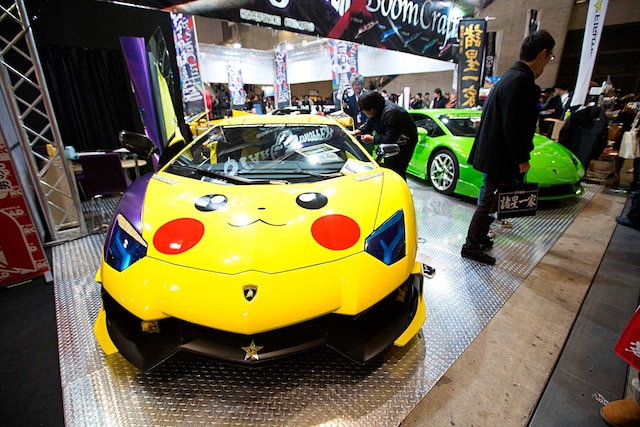 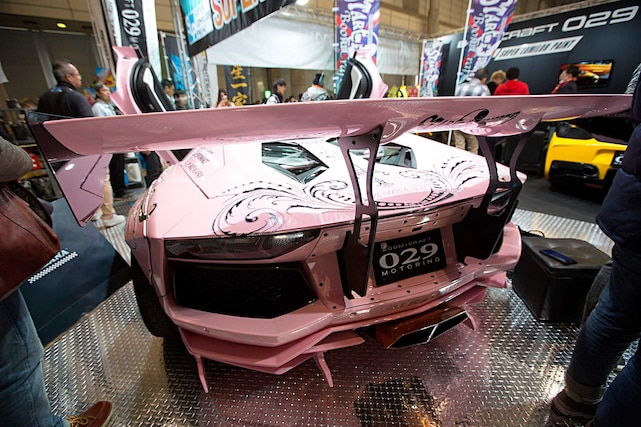 3. BEDAZZLED AND PIKACHU LAMBORGHINIS
Well, if you gotta make your Lambo look different than the rest ... 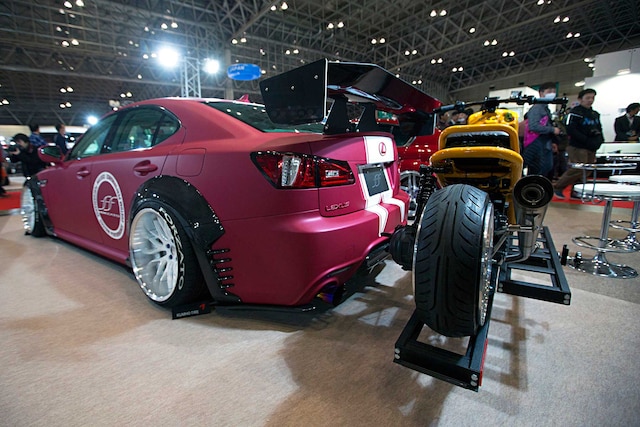 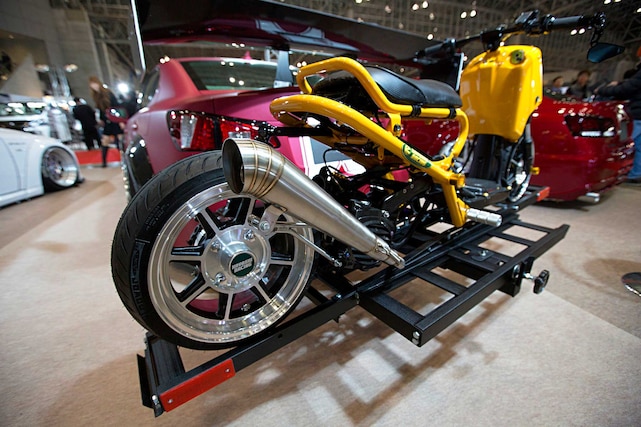 4. WIDEBODY LEXUS IS SEDANS WITH RUCKUS TRAILER HITCH
These are quite possibly the coolest things I found this year. We've seen Ruckus transported on full trailers and even inside vans and SUVs, but these are trailer hitches that look like they can be used on just about any car. Both Ruckus were also quite dope -the white one is color-matched to its Lexus IS, while the other is a full Hayashi Racing-themed version. 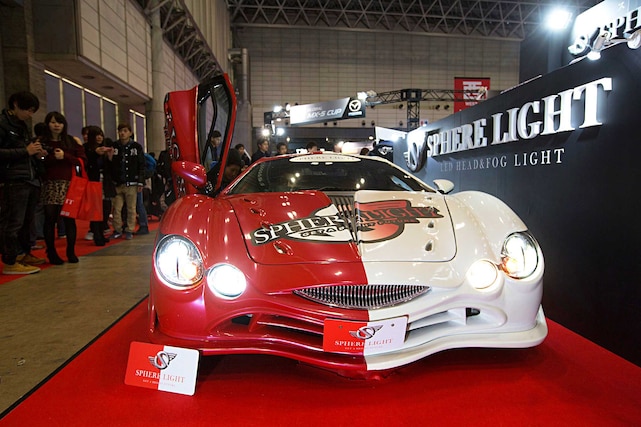 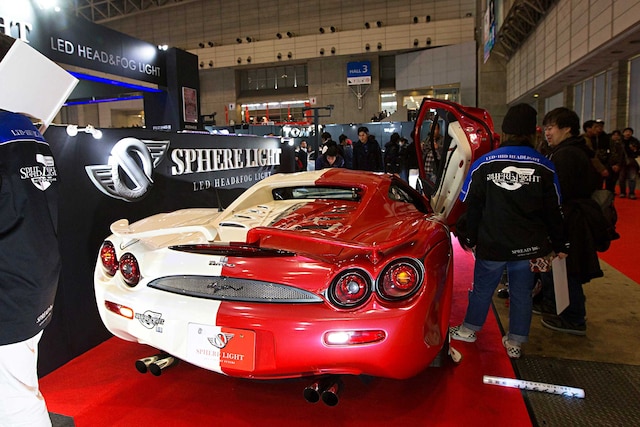 5. SPHERE LIGHT
This company makes LED fog and headlights; however, we're still trying to figure out what this "thing" is that was featured in their booth. They also had a male model sitting on a blinged-out motorcycle for the duration of the show.

6. ROCKET BUNNY-STYLE ASTON MARTIN
Okay, this isn't a product of Kei Miura, but the fenders definitely draw inspiration from Miura-san's Rocket Bunny line. We actually almost dig it ... that is until we saw the massive low-slung rear diffuser that just doesn't quite flow with the rest of the car. 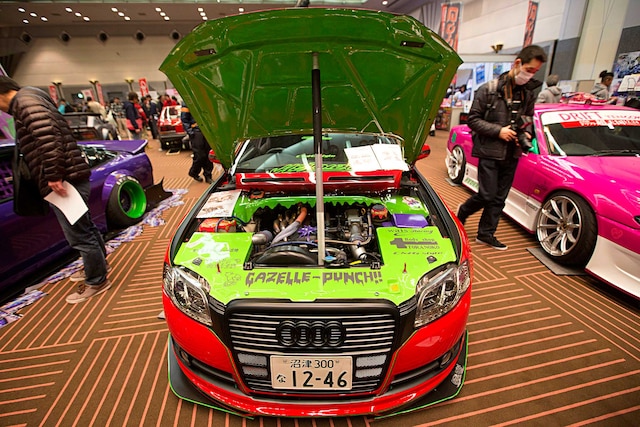 7. TOYOTA CHASER WITH A FACELIFT
This widebody JZX100 Toyota Chaser features a built 1JZ plus some serious suspension and drivetrain upgrades; however, it wears an Audi front-end. Swipe left or right? 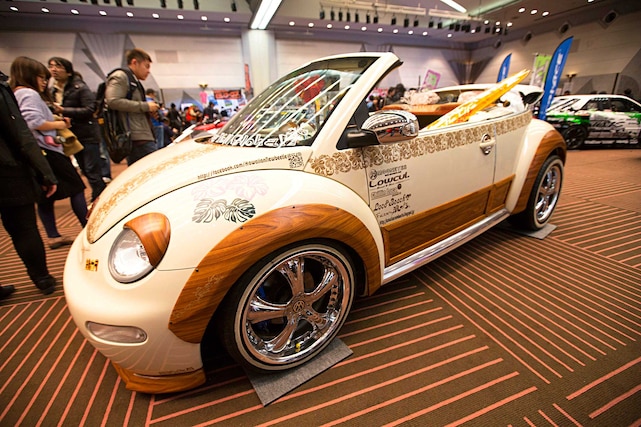 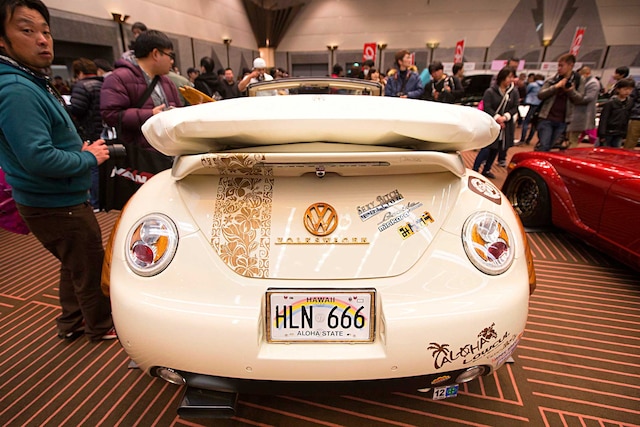 8. SEXY BITCH EDITION NEW BEETLE
My, oh, my! There is a lot going on here! From the Hawaiian surf theme to the wood fenders and eyelids, Ted teddy bear, and awesome t-shirt seat covers, this is definitely something you'll only find in Japan!