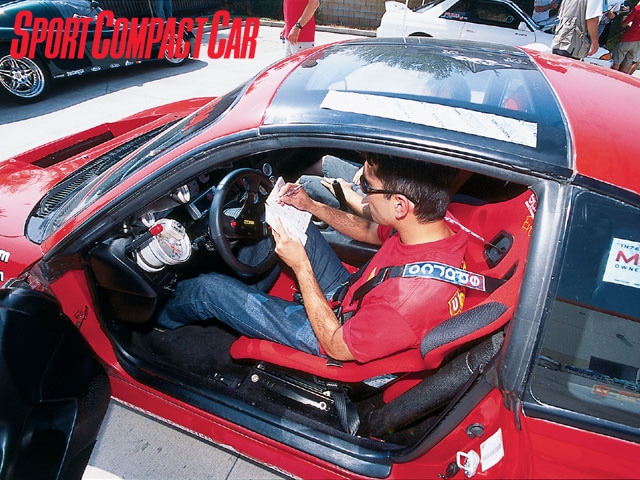 An ultimate street car should be just that, a street car. That is, it should fulfill the duties of more pedestrian transportation as well as provide ultimate thrills when the opportunity arises. With such a disparate assortment of vehicles at hand for USCC, it's no surprise the driveability spectrum ranged from simply spectacular to downright miserable.

Starting from the bottom of the barrel, the Toyota MR2 repeatedly overheated, misfired and produced an emissions reading high enough to frighten water fowl-and the nearest lake was at least 50 miles away.

Placing slightly ahead of the lamentable Toyota was the offensive and unpleasant Dodge Viper. During last year's USCC, another Viper scored superb driveability ratings, proving that not all big V10-powered behemoths from Chrysler are created equally. This year's requisite Viper entry, like the MR2, suffered from severe cooling issues that necessitated short-shifting at a subterranean 1800 rpm. Add to the fact that the overpowered monster had no parking brake, no A/C and enough partial throttle hesitations to make carburetors start to sound attractive, and you have a recipe for traction-limited misery.

Juxtaposing hideous stop-and-go traffic abilities and superlative driving traits, the Ultima could have been a contender if it could idle. Suggestion to next year's participants: Make sure the custom camshafts you install at the last minute actually work the way you expect them to.

Scoring in the top five was the red '94 Toyota Supra. Despite the sonorous externally dumped wastegate, lag-laden turbocharger and the distracting multi-screen entertainment system, the Supra did quite well on the road. And when the ubiquitous traffic jam strikes, a Super Mario Kart is available for play.

In fourth place was the spectacular Skyline, which behaved like all other ber-tuned Skylines-absurdly fast when the revs were high and geared tall enough to make you think the tachometer is playing games with you. Nonetheless, the big Nissan proved conrod-mulching performance and daily driveability need not be mutually exclusive.

The second runner-up was none other than the sinfully yellow 350Z. Supercharged and armed to the beltline with artfully conspicuous show car gizmos, the Z drove like a normal car with ample room for Big Gulps, potted plants and the sunglasses that are required to shield you from the color of the car.

Filling the first runner-up slot was the first-generation Mitsubishi Eclipse, which offered gobs of usable power with no significant driveability faults. Unlike most of the competitors, it ran on 91-octane unleaded gasoline, which helps when your local gas station doesn't have C16 spewing from one of its pumps. 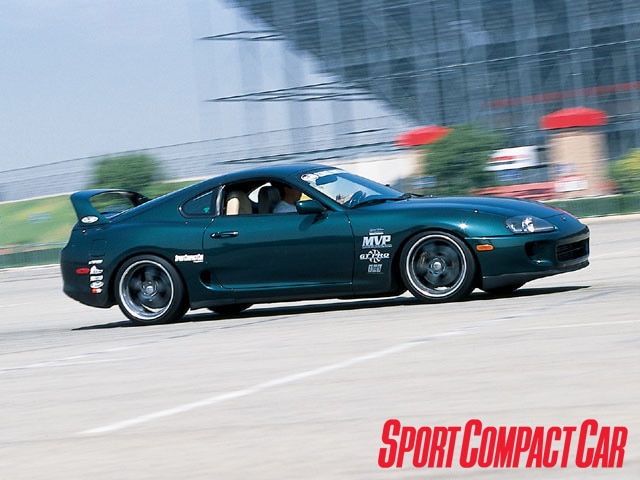 It shouldn't be a surprise that the least modified entry, the '97 Supra, proved to be the big daddy of driveability. Cruising on the highway or dishing it out in the city, the nearly pristine Toyota never missed a beat and offered a serene and easy driving experience.

Over All
Sing along: the Skyline's in the lead. Can nothing stop this car? So far, the candy-apple Supra has the best chance; but watch out, Scot Gray's mild-mannered Eclipse is sneaking up in third. With the gas mileage test up next, the daily-driven street car may just have a chance.