The smoke settles on another season and a repeat champion rises

Tension was high going into the final round of the 2014 Formula Drift Pro Championship at Irwindale Speedway. All season, 2009 champ Chris "The Force" Forsberg had been in cruise mode thanks to an uncanny consistency. Then Fredric Aasbo - himself a top-5 driver all year - significantly increased his threat level by earning a first career win at round 4 in New Jersey, defeating Forsberg in the final battle. 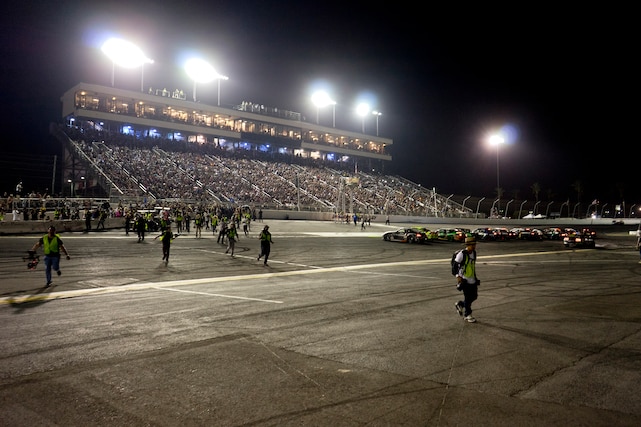 Forsberg still held a somewhat comfortable lead but Aasbo took another huge bite out of the points leader's cushion at Round 6 in Texas by not only denying Forsberg a podium but also going on to win the round overall. Suddenly Forsberg's team went from "all is well" to "DEFCON 5" since his lead on Aasbo was suddenly down to less than 20 points going into Irwindale. Both drivers were under tremendous pressure to perform perfectly as any slight mistake had severe consequence. But "perfection" is highly illusive in a sport steeped in subjectivity. Each contender had a tall order ahead. 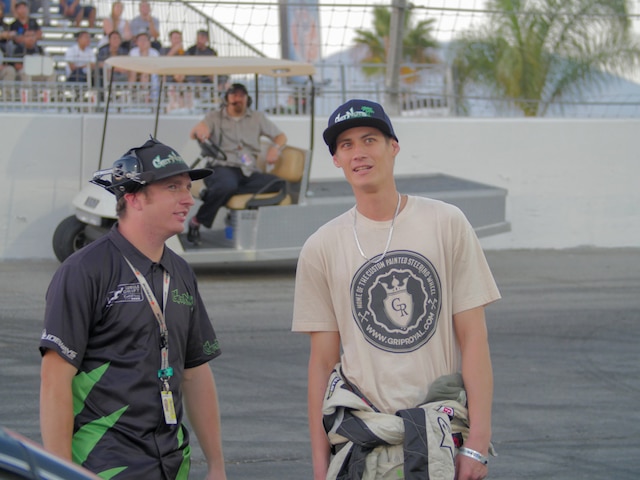 Chris Forsberg's qualifying hopes were tempered as Forrest Wang put down an incredible run earning the top spot; Chris still mustered a respectable sixth-place spot. This left him open for attack, however Fredric Aasbo suffered a cracked block during pre-qualifying practice which required a minor miracle from Aasbo's Papdakis Racing team to swap out. He bounced back to take tenth in qualifying. Adding to the drama was the fact the two drivers happened to fall on the same side of the Top 32 bracket so that each battle they entered had direct championship implications. It also meant that if each driver kept winning their battles they would eventually have to face each other before the final. This was not good news for Forsberg, since he hadn't defeated Aasbo up to this point in 2014. However, if Forsberg could beat him this one time it would secure a championship. 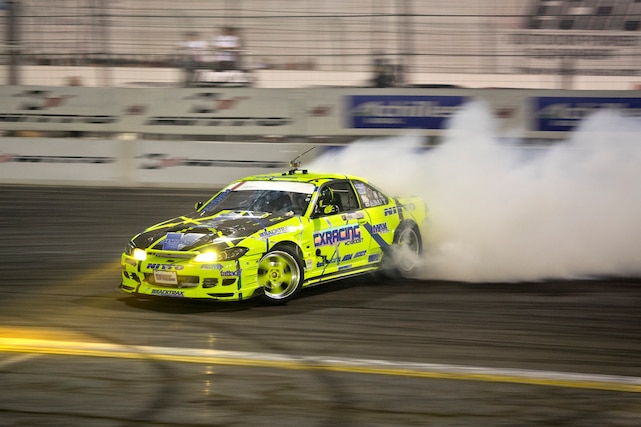 One of the bigger shockers of the Top 32 round of eliminations was series veteran Taka Aono defeating Ryan Tuerck to make his first appearance in the Top 16 in some time. Another notable battle was privateer Matt Field defeating Falken Tire ace Justin Pawlak. Forrest Wang also performed well as he used the momentum from his top qualifying spot and went through an absolute tear defeating Matt Coffman, 2013 Champion Mike Essa, and Conrad Grunewald to make it to the final four where he would face Daigo Saito. On one side of the final four was Forrest Wang, who was driving like a man possessed, versus Daigo "The Ninja" Saito, who has won every Irwindale round since entering the series. The other side was the culmination of the 2014 championship battle drama, as Forsberg would indeed face Aasbo. 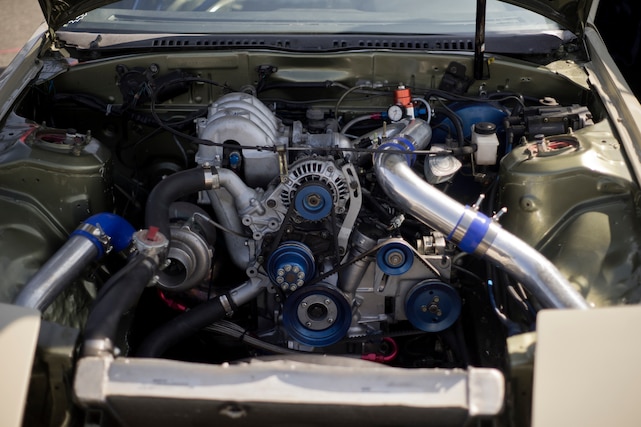 Forsberg fought valiantly but ultimately the judges gave the win to Aasbo, which sent him into to the final against Saito, who defeated Wang to make it in. At this point Fredric had to defeat Daigo in order to win the championship, but Daigo's monster SC was too much and Aasbo was unable to close the gap on his follow run, resulting in the event win for Daigo - continuing his undefeated streak at Irwindale - and solidifying the championship win for Chris Forsberg. 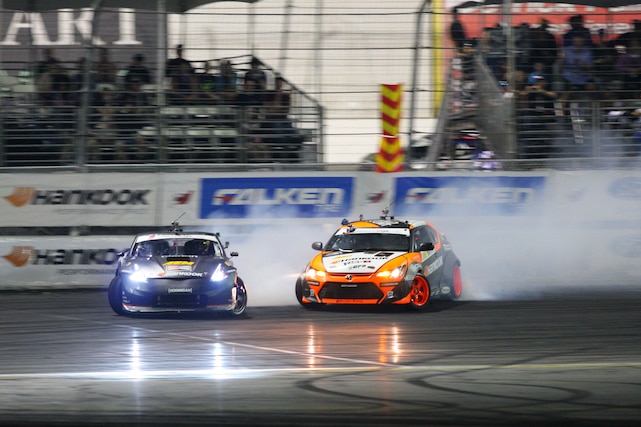 Two-time champion Chris Forsberg's 2014 season was a constant uphill battle. With no title sponsor on board (NOS Energy drink dialed back to associate sponsor status) Chris soldiered on through the year on a razor-thin budget, yet still managed to get a win and podium 5 times out of 7 rounds. Fredric Aasbo had a great season getting his first two career wins this season at rounds 4 and 6, but it was ultimately Forsberg's consistency which won out. It was another crazy season of ups, downs, controversy, and glory. There has been and will be a lot of shakeups in the drifting community in the coming weeks and months, which could drastically shape how the 2015 Formula Drift season will look. Rumor has it Falken Tire will bow out of team ownership, leaving drivers Justin Pawlak, Darren McNamara, and 2011 Champion Dai Yoshihara to either find new teams or start their own. There is also the possibility some series veterans such as Taka Aono will be relegated down to Pro2 and new challengers will rise as Pro2 champion Dan Savage officially moves to the upper tier, along with a few other Pro2 drivers. Times are changing, but Formula Drift can count on the fact that thousands, maybe millions of fans are along for the ride. 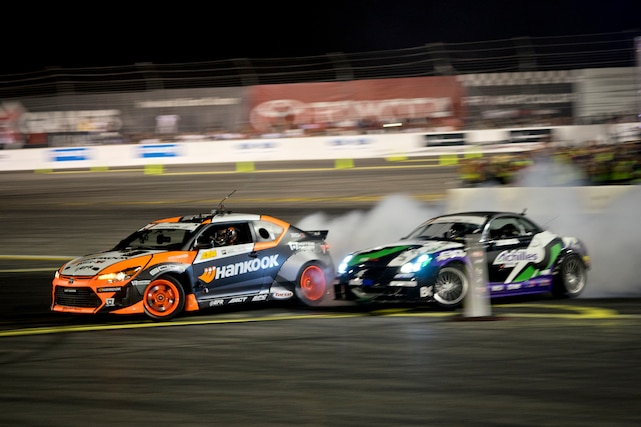