With a record number of cars coming from all over the US for the Global Time Attack (GTA) Road Atlanta round in May, the annual Super Lap Battle x GTA finale had big expectations for excitement and competitor counts. The Time Attack, presented by Continental Tire, would live up to that and more. Drivers pushed, records fell, and there was a return of a fan favorite -- so this year's final was one to remember. 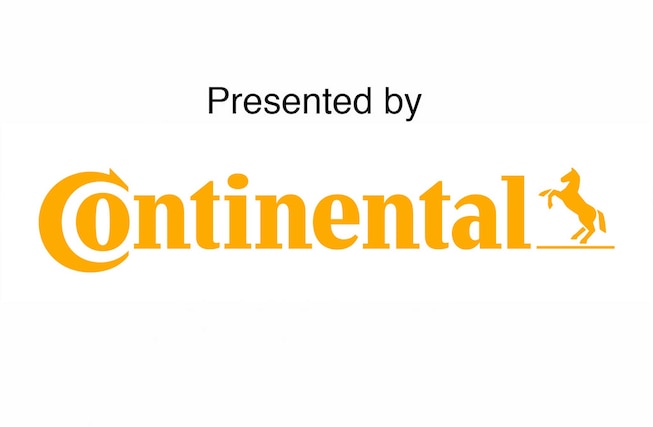 Drivers compete for more than just bragging rights and plaques (well, except Enthusiast Class; they just get plaques). Street, Limited and Unlimited class first and second finishers get cash prizes of $500 and $200, respectively. If there is a record broken that day, the record-setting driver wins an additional $200 along with a MSTR (Meister) watch, and the guy with the fastest time of the day overall (no matter the drive or class) gets $300 and a MSTR watch. So there is a potential for the fastest guy of the day to take away $1,000 and a MSTR watch and that is a big chunk of prizes for Time Attack. 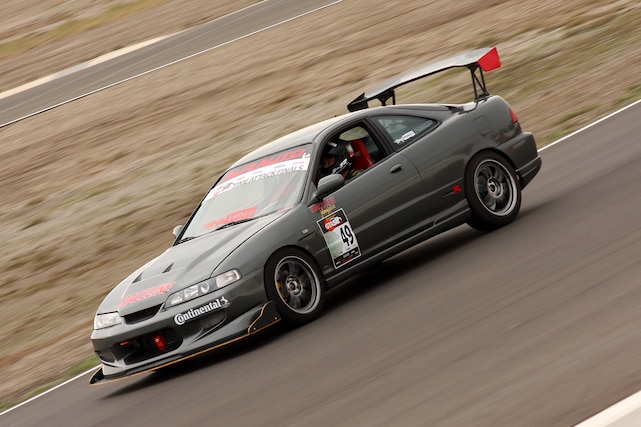 Enthusiast FWD saw a single competitor with Lewis Liang in the J&R Autosports Acura Integra turning in a time of 2:10.883. 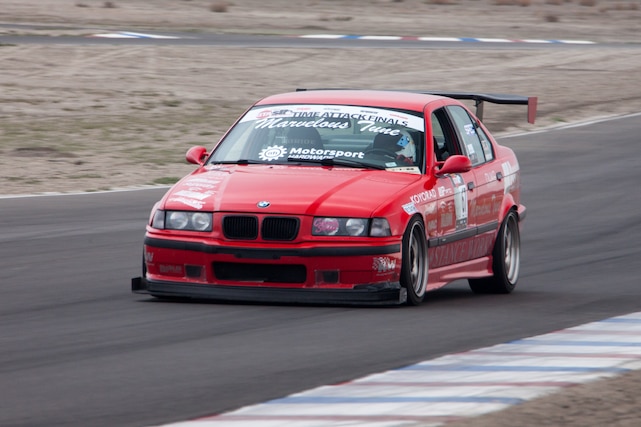 Enthusiast RWD set a new record with the Marvelous Tune/StanceWorks E36 BMW M3 driven by Amir Bentatou with a time of 1:58.235, while Jason Kim recorded a time of 2:04.824 in the DC Sports Honda S2000. Karla Pestotnik rounds out the podium with the Cheworks-Karla Pestotnik Racing S2K turning in a 2:05.670. 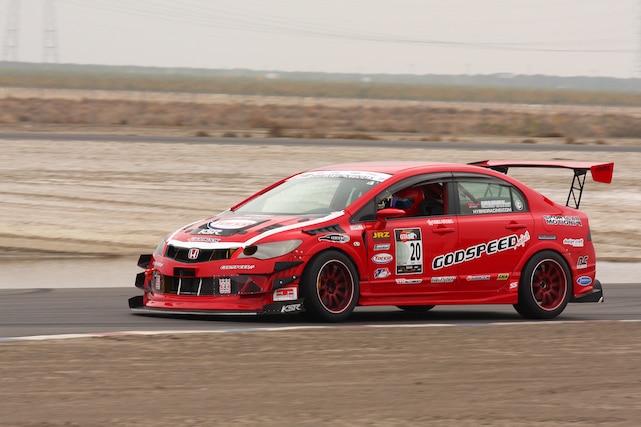 In Street FWD, the "Legend" lived up to his name as Ken Suen and the Godspeed Project "Big Red" Honda Civic set a new record with a 1:55.602 run. Pradana Willanto and the Evasive Motorsports-Sportcar Motion Acura CSX Type-S grabbed second spot with a 1:59.639 and Thomas Smith?s H1 Performance Civic rounded out the podium with a 2:02.311. 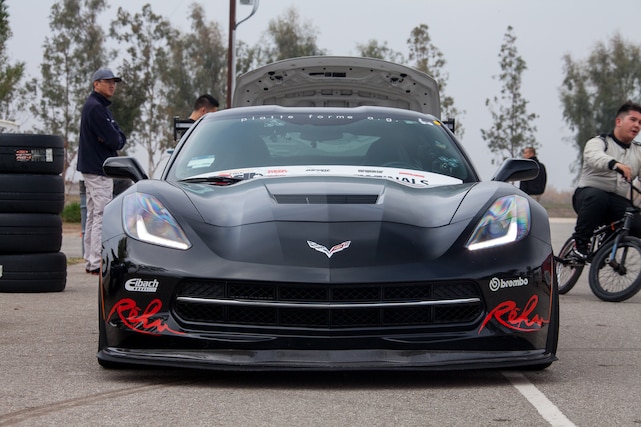 Street RWD had a big class and included a brand new 2015 Ford Mustang from Hillbank Motorsports. However, it would be the brand new Chevrolet Stingray Corvette Z51 that would take the top spot and new class record driven by Rif Dagher and tuned by Platte Forme AG with a time of 1:51.089. Legendary time attack driver and team, Robert Walker and Evasive Motorsports, took home second with their Honda S2000 with a time of 1:51.777. Mar Tsai brought out the Rolloface Performance BMW M3 and turned in a 1:55.253 to round out the class. 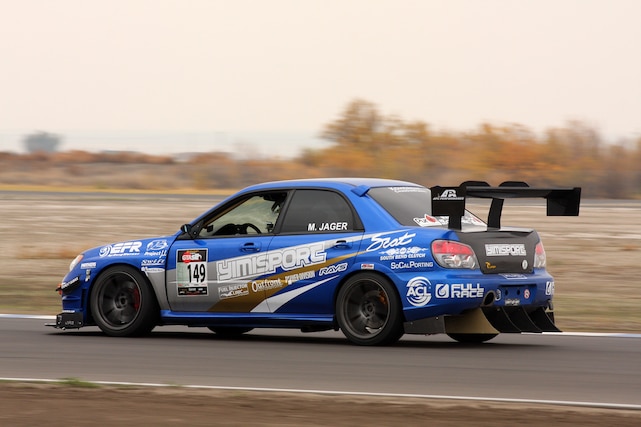 Street AWD brought back Mark Jager and Yimi Sport Tuning with an updated 2006 Subaru STi and took another record with them. Their time of 1:50.206 was the fastest time in the Street Class. Despite a big fire, NightMotorsports Istavan Klag was able to bring home second place with a time of 1:57.673, while Tony Brown in the Renner Motorsport Subaru WRX finished third with a 1:59.752. 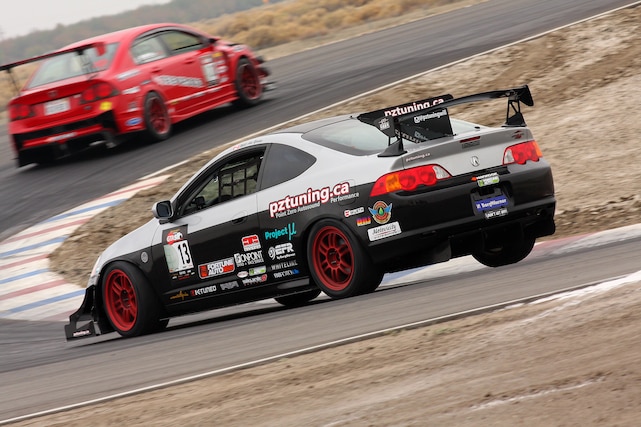 Limited FWD brought Canadian Time Attack driver, William Au-Yeung, and the PZTuning.ca Acura RSX. The cold north must really show drivers how to handle as he was able to take away a record-breaking run with 1:51.789, though Tim Kuo was very close with a 1:51.916 in the SportCar Motion DC2 Type R. Finally, the big coupe made its presence known with Kevin Courtney in the Bobby Lane Racing Accord taking third with a 1:55.241. 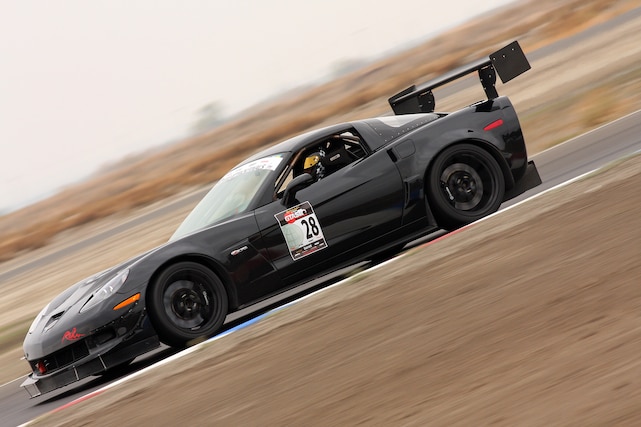 Limited RWD was another class that had a large field and a Corvette taking top honors. Cody Kishel dropped the record to 1:44.456 in the 2013 Z06, while Robert Walker brought the Evasive Scion FR-S to the group's second step with a 1:47.474. Graham Downey and the Blacktrax-Redstone S2000 continued to show that the roadster is still no slouch with a 1:48.118. 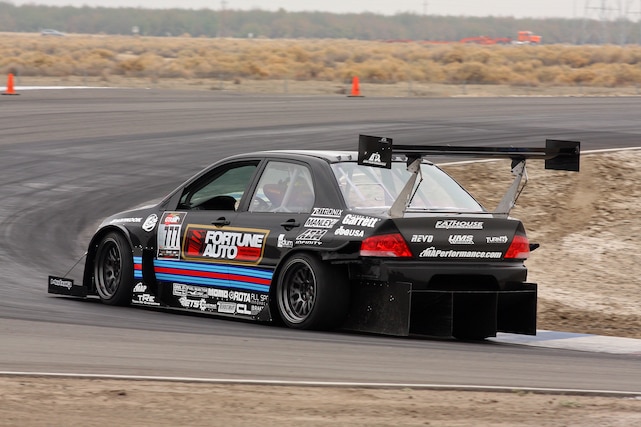 Limited AWD would foreshadow what was to happen in Unlimited, with Jeff Westphal breaking a class record in the Professional Awesome-Fortune Auto Mitsubishi Lancer Evolution 8, stopping the watch at 1:44.062, while Emillio Cervantes in the FFTEC-Angry Panda Racing EVO 8 claimed second with a 1:47.425. Ivo Tuchi in the Renner Motorsport Subaru Impreza RS was able to bring home third with a 1:48.582. That 1:44.062 of Westphal was also the fastest in the entire Limited Class. 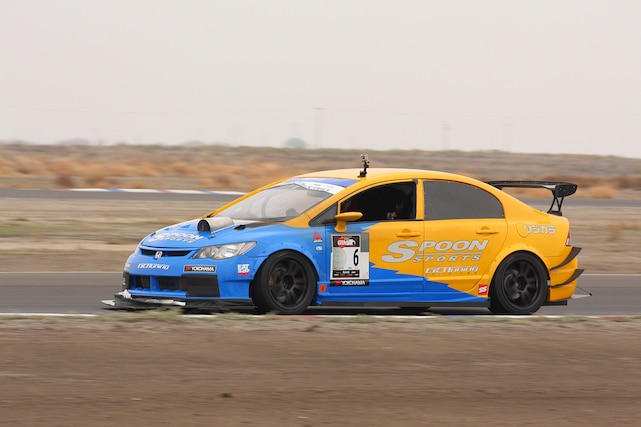 Unlimited FWD nearly saw the record set by Chris Rado in the F-Wing tC get broken by a smaller, less powerful car, but the Spoon Sports FD2 Civic driven by Daijiro Yoshihara broke a splitter and could only best 1:48.016. He was just 1.28-seconds slower than Rado's record time with a car with less aero and "only" 460-horsepower. Joe De Vivo in the Caliber Customs-FiatTech.com Fiat 500 Abarth showed how the cute car has a lot of potential with a 1:53.404 and second place, while the Eibach Civic tuned in a time of 1:59.163 with Jared Reyes behind the wheel for third. 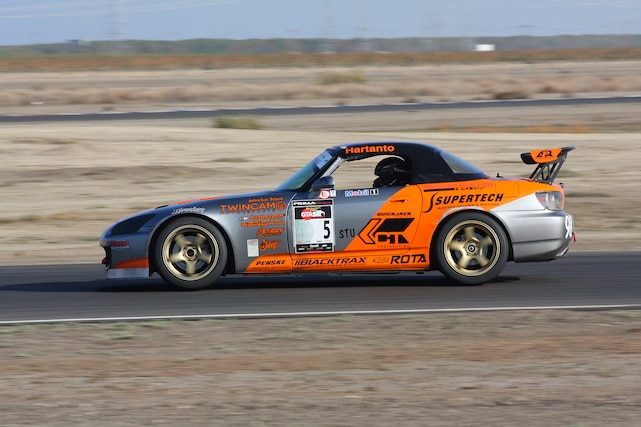 Unlimited RWD broke the Corvette domination of the RWD classes when Andrie Hartanto ripped around Buttonwillow CW13 in the Prima Racing-Supertech Performance S2000 in 1:48.849. Stephanie Cemo was able to bring another podium to Corvettes in her factory-supercharged-bonkers 2013 ZR1 model and a time of 1:50.975. Tom Tang in the Blacktrax Performance-CT Engineering S2000 took third with a 1:50.975. 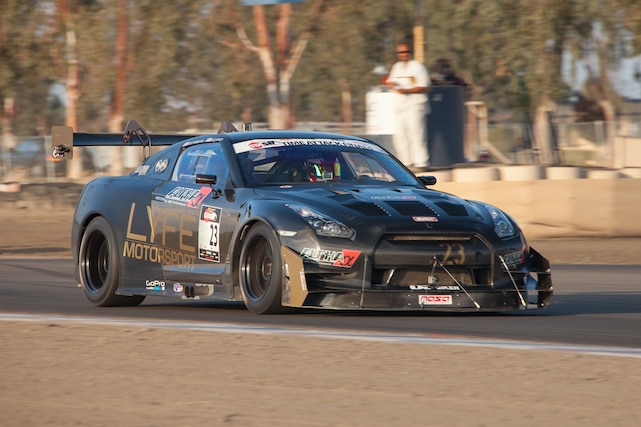 Finally, the class that is the fastest of all and reported the fastest time of the day overall. Third place went to the Snail Performance Subaru WRX driven by Travis "Sauce Bauce" Barnes and turned in a time of 1:51.944. Cole Powelson and Kyle Schick brought out the Lyfe Motorsports GT-R to drop a time of 1:40.967, but that was only good enough for second place. First would be fan favorite driver and body double to David Beckham if he drove a racecar, Jeff Westphal. 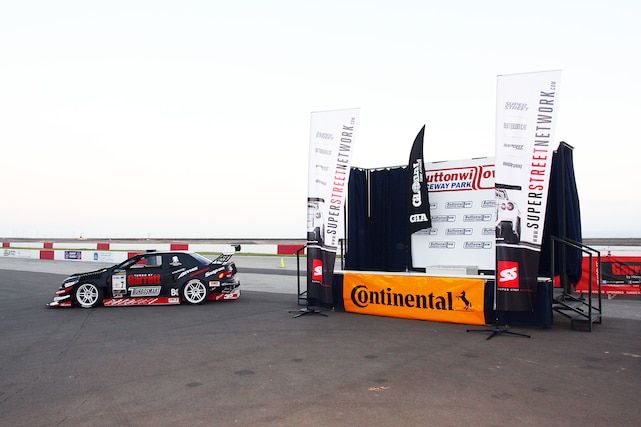 After a year of sanctuary away from GTA/SLB, he and Mike Warfield brought out the historic GST Motorsports Subaru "GST-L" and its chopped top glory back to battle, and did it slay the field. With a 1:38.967 time, Westphal, Warfield, and GST set a new lap record for Unlimited AWD, set fastest time of Unlimited, and set fastest time of the day overall, bringing home $1000 and a MSTR watch.