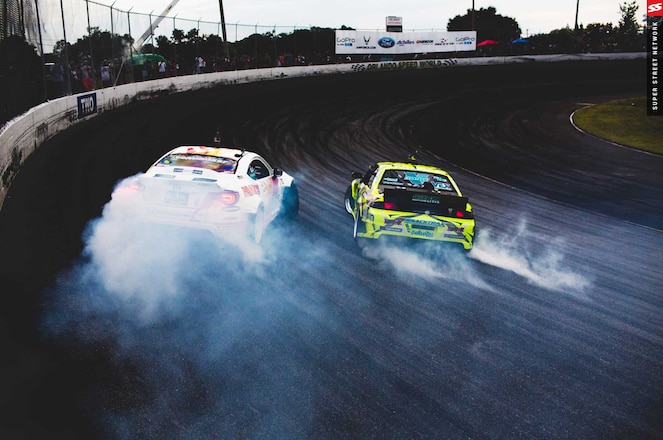 Regardless of what kind of sports fan you are, most people can agree there should be some sort of deciding test that determines a clear winner - a final fight that removes any doubt one competitor is better than the rest. In a way, fans at Round 3 of the 2015 Formula D Championship were robbed of that; after enduring heavy rain typical to central Florida, a resulting competition delay, and stoppages prompted by other unsafe conditions on the Orlando Speed World (OSW) circuit (namely cars catching on fire), they had to settle for event winner Ryan Tuerck roasting the rears of his Retaks Scion FR-S without so much as a challenge. 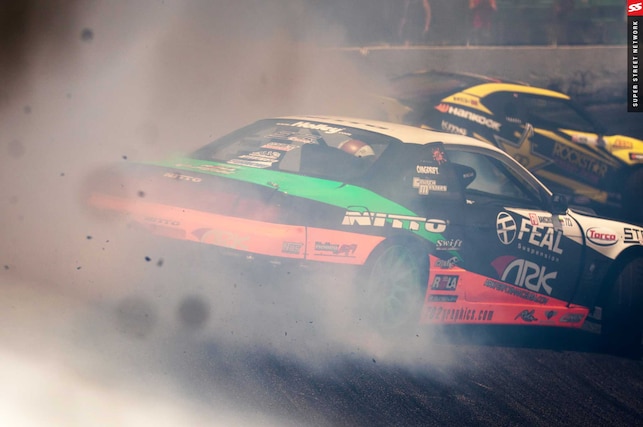 This was the pro drifting series first time in the OSW 3/8th-mile banked oval and third Florida track in the last three years, having gone to Palm Beach International Raceway and Homestead-Miami Speedway previously. The course layout was similar to the one used at Wall Speedway, with a Power Alley-esque crossover (a la Evergreen Speedway in Washington) featuring a huge bump/jump that upset quite a few cars going through the section. 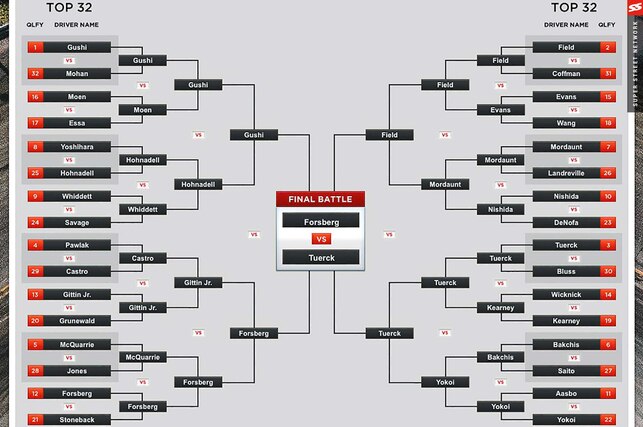 Friday qualifying saw Ken Gushi carry some of that momentum from his previous round podium finish to the number-one spot in his Greddy FR-S, followed by Matt Field in his CX Racing Nissan S14 and Tuerck. A day later, for the first round of tandem eliminations, the tire smoke was heavy and unforgiving, leading to many a botched chase. At that stage, surprise early exits came from Rockstar Energy tC driver Fredric Aasbo, who got crossed up in said smoke while pursuing Masashi Yokoi's D-Max racing S15, and Daigo Saito, whose Achilles Motorsport GT-R couldn't even make the line against the Feal Suspension 240SX of Odi Bakchis due to a mechanical issue. 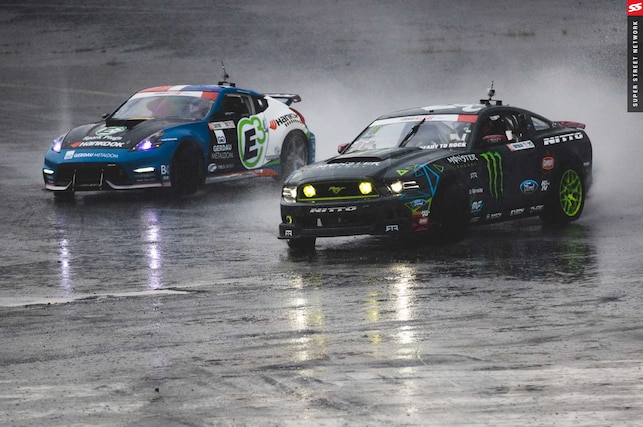 The heavens opened up just in time for the start of Top 16 tandems. Rain was so intense, Formula D decided to postpone the event for 15 minutes after the third pair (which was Vaughn Gittin Jr. in his Monster energy Ford Mustang eliminating Jhonnattan Castro's E3 370Z) so the storm cell could move out of the area. So much rain dumped, it created a standing lagoon just past the course's finish line that made for some awesome splashes as cars crossed the stripe.

Unexpectedly, points leader Bakchis lost in his Top 16 bout against Yokoi, adding another wrinkle to the championship race. In fact, the Japanese driver seemed to be where all the action was; in Great 8 his Silvia erupted in flames from the trunk as he chased Tuerck coming off the steeper banking. Event officials quickly extinguished the blaze, but since Yokoi's car was the source of the competition interruption he was deemed loser and Tuerck moved on.

The Final 4 was no less of a spectacle, as Chris Forsberg's NOS Energy Drink 370Z also erupted in flames after contact with (but not because of) Gushi's FR-S. Forsberg wound up pulling the pin on his car's fire suppression system, which doused the conflagration, but because the contact happened before the fire, and Gushi was assigned fault for the altercation, Forsberg advanced. Gushi still picked up third place for being the event's top qualifier, giving him a second straight podium finish.

On the other side of the bracket, Tuerck beat Field in a close one for an all-Drift Alliance finale. Unfortunately, Forsberg's Z would not stay lit, likely because fire retardant had fouled the car's electronics. Tuerck picked up the victory unopposed, his first Formula D win since Irwindale in 2009. He moves to second in points behind Bakchis as the season's midpoint approaches. 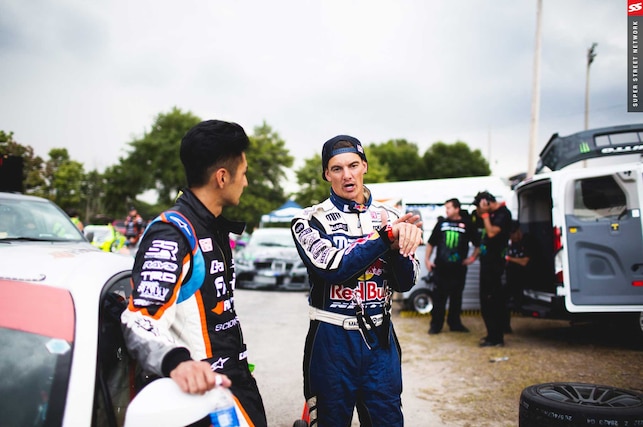 Finally, a word about Pro 2, Formula D's feeder series for Pro-Ams looking to get promoted to the big leagues. Orlando was the junior championship's first round of 2015, and while it too had to contend with rains during eliminations on Friday, two competitors rose to the challenge to really shine, Andy Gray in his DriftEbisu.com Toyota Chaser, who came in second place, and ultimate event victor Alex Heilbrunn in his V-8 BMW E46. Heilbrunn in particular dominated the competition, so much that we're going to call it now - this guy will be your 2015 Pro 2 champ. Might as well give him his Pro license now.

Formula D heads next to New Jersey for Round 4 at Wall Stadium on June 26 and 27. Pro 2 goes dormant until July 24 and 25, when it returns to action, again with the Pro series, at Evergreen Speedway in Monroe, Wash. 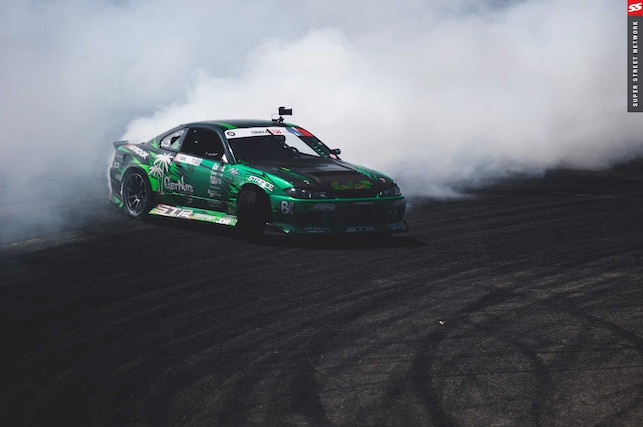 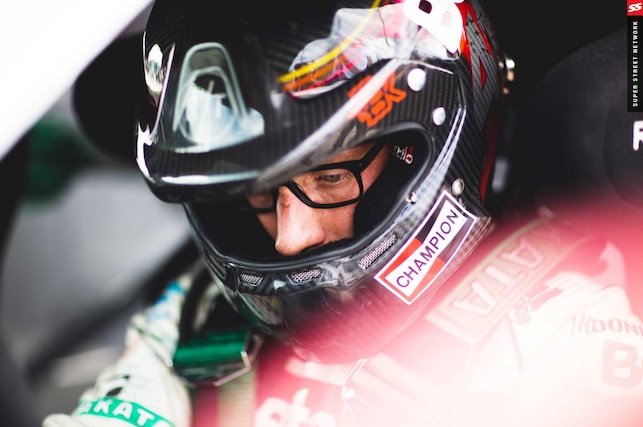