Texas Motor Speedway was again the site for the penultimate round of the Formula Drift Pro Championship, hosting 2015's round 6 of 7 on a section of its infield road course. The circuit was flipped from how it was oriented last year, with drivers initiating into the long sweeper instead of finishing with it, making for some high speeds as cars rocketed through this track's "Power Alley" midsection. And for the first time since round 2 Road Atlanta in May, the weather stayed dry (Formula D Orlando, Wall, and Seattle were all held in rain). 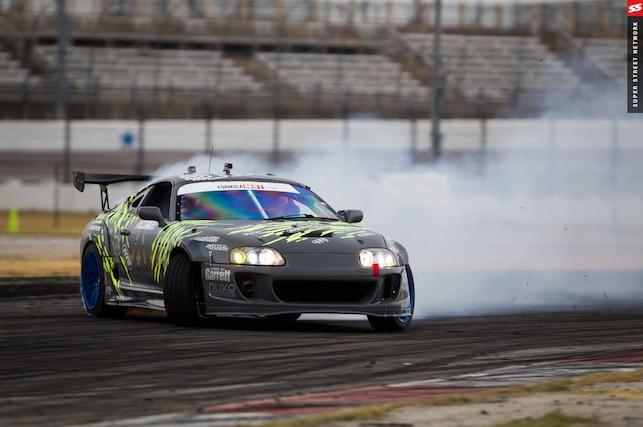 A lot was on the line in Texas for the top five 2015 point scorers - Fredric Aasbo in the Rockstar Energy Hankook Scion tC, Ryan Tuerck in the Retaks Maxxis FR-S, Odi Bakchis in the ARK Performance Nitto Nissan 240SX, Ken Gushi in the Greddy Hankook FR-S, and two-time champion Chris Forsberg in the NOS Energy Hankook 370Z - as opportunities for earning markers at this point in the season are getting pretty slim. The comp began with Friday qualifying, where it became clear the only wall anywhere near the track was going to be issue for some. During the vetting session, the concrete barrier took out Chelsea DeNofa's BC Racing GT Radial BMW 3-Series, Pat Mordaunt's DriftPaddock.com 350Z, and Matt Field's CX Racing Yokohama S14. Only DeNofa bounced back to make tandem eliminations.

Qualifying ended dramatically, with Forsberg laying down a cherry run on his second lap to (momentarily) take the top spot. It didn't last long; the next and final lap of the day was Aasbo's, and he one-upped Forsberg to lay claim to number-one qualifier.

In between Friday qualifying and Saturday tandem eliminations, two pretty big stories developed. It was discovered the 2JZ-GTE power plant in Forrest Wang's Get Nuts Lab Silvia had a crack in the block, so after his first and only qualifying pass he sidelined the car for repairs. The team sourced a replacement motor locally from a Supra drag racer and then pulled an all nighter to get it in Wang's car. Spending Saturday morning getting the S15 tuned and dialed in, Wang made the line for his Top 32 match against DeNofa.

Also ahead of the first round of eliminations, 2010 champ Vaughn Gittin, Jr. had one of the hardest crashes we've ever seen in the sport during practice. Apparently he lost engine power making his way around the second inner clipping point, which is the fastest section of the track. His Monster Energy Nitto Ford Mustang RTR had already built up so much momentum he had to strategically yank the handbrake in order to swap ends and back the speeding car into the wall. Thankfully Gittin climbed out relatively unscathed (he was sore the next day, which is to be expected considering the forces at work) but his car was absolutely destroyed, which could knock JR out for the rest of the season.

With each succeeding round of tandems on Saturday, the championship picture grew a little sharper. In Top 32's second match, Bakchis ran against Dean Kearney in the Oracle Lighting Achilles Dodge Viper, and things fell apart both literally and figuratively for Bakchis. His LS7-powered S14 sheared the studs off of the left rear hub and the wheel came flying off as he exited the sweeper, making for a spectacular shower of sparks. Unfortunately, he didn't have enough time to fix the car, and the sub-par finish takes him out of contention for the title (there's just not enough points left in the Pro season for him to make up the difference).

"Mad Mike" Whiddett in the RADBUL Mazda MX-5 and Mats Baribeau in the Gold in the Net Mark II closed out Top 32 driving to the event's first One More Time (OMT) tiebreaker - one of nine (!) during the course of round 6. Five of those involved Gushi, and that was also how many happened during Top 16, making the second round of eliminations mind-numbingly long. Whiddett wound up taking the win to face next Masashi Yokoi in the D-MAX S15.

Title implications were again on the line in Top 16 when Gushi and Tuerck faced off. The all-2JZ FR-S battle went to two OMT and was mired in controversy after the Scions made contact in the opening sweeper to start things off, but Gushi would go on to win. Also in Top 16, Mad Mike's day came to an end after the notorious wall by rear clip 2 ate up his Miata as he duked it out with Yokoi.

In Great 8, Aasbo lost to 2012 champ Daigo Saito in the Achilles GT-R, ending his Texas points haul at 55 (7 for qualifying and 48 for making it to the event quarterfinals). Saito then fell to Gushi in the semis but only after two more OMT. On the other side of the bracket, Yokoi dispatched Forsberg, setting up an all-Japanese driver final.

We were a little surprised to see Yokoi judged winner of the event, because it looked like Gushi had the far superior chase lap, with more angle and excellent proximity, but that's the nature of a judged sport (we wish all the FD haters would just get that through their thick skulls). Yokoi picked up his first career Formula D win, Gushi his second podium finish of 2015, and Forsberg earned third place for qualifying highest of the two Final 4 losers.

With just round 7 left on the 2015 Pro calendar, and 107 points up for grabs, mathematically only four drivers are still in contention: Aasbo at 428 points, Gushi at 348 (80 behind), Tuerck at 332 (96 behind), and Forsberg at 331 (97 behind). The title is Aasbo's to lose; he needs just 28 points to win the 2015 championship outright - which is to say he needs to qualify for and then win his Top 32 battle to lock up the title, and that's it. If you're thinking it's a done deal, we would argue it isn't; Aasbo did exit Top 32 in Orlando this year, so anything is still possible.

October seems so far away! Stay tuned for the next and final Pro round of the 2015 Formula D Championship, October 9 and 10 at the House of Drift, Irwindale Events Center, in California. It should be a good one! 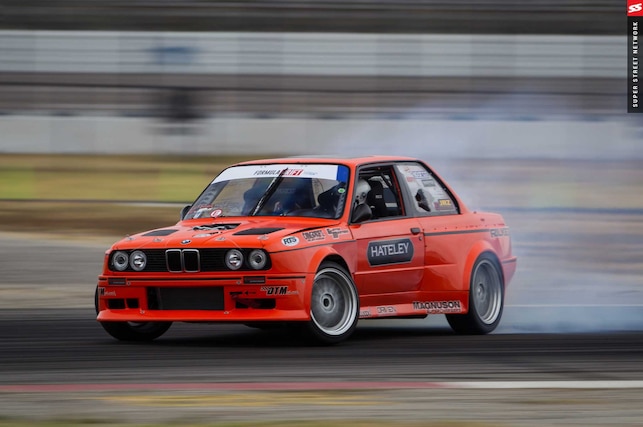 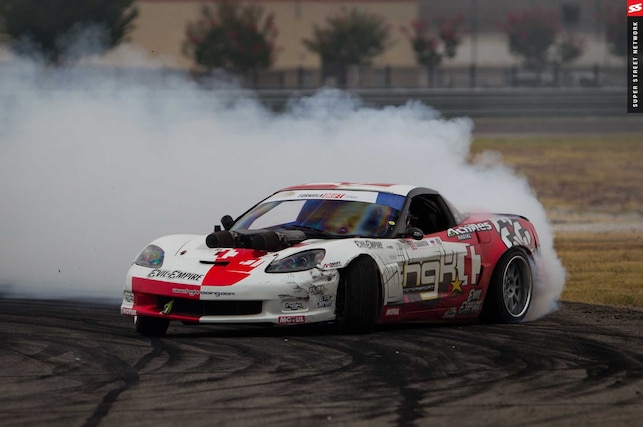 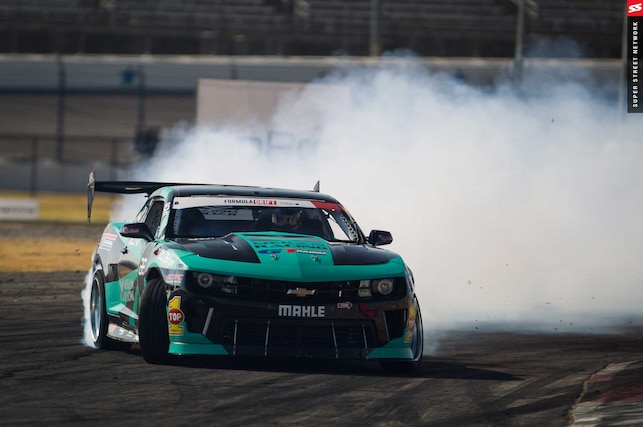