VTEC Club USA returns for a second season with a successful first event at California's Streets of Willow raceway. 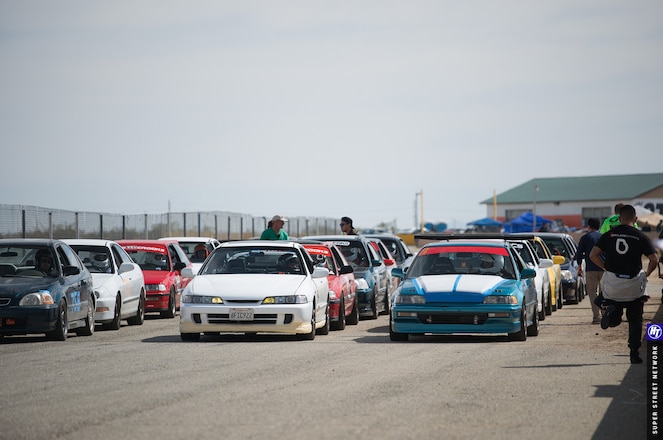 What a difference a year makes. When we first brought VTEC Club coverage to you, the organization consisted of just a handful of track-fairing Honda enthusiasts who worked with Extreme Speed Track Events to develop run classes within their events for Honda-only vehicles. These Honda heads barely filled two run groups, with a few cars in each of four classes neatly accommodating levels of modification from basic to unlimited. And judging by the turnout of this year's opening event, that has proven to be a successful recipe. 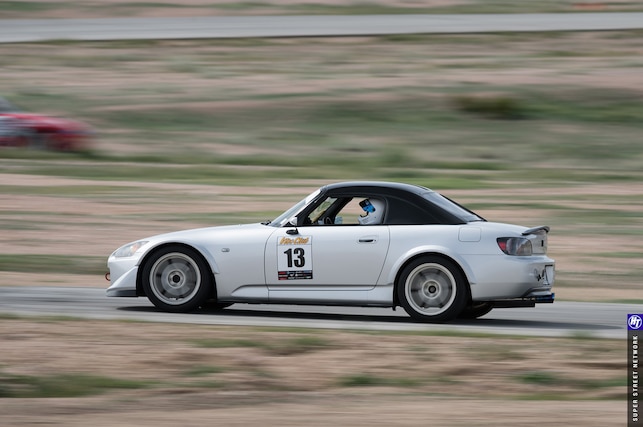 Back for their third season (there were two "seasons" of 2015 competition), all the things that made VTEC Club great in 2015 are even better in 2016. The field has certainly grown, this event's participants necessitating three full run groups. And while a lot of growth was in N2 class (i.e. "the fun class," for pretty much any Honda vehicle, VTEC-equipped or not), the regularly fast cars of the field just got faster, and some new top challengers entered the fray.

Let's say you just picked up a $100 single-cam, non-VTEC EF, with the terrible four-speed transmission, and for some reason you want to take it to the track without getting in too many people's way. You may just be able to do that in VTEC Club's Group N2 class, and you might be able to lap Streets of Willow in under 1 minute, 50 seconds (1:50.000). Just keep an eye out for Roger Pompa (no. 117 white DC2 Integra), Turbo and DSport magazine alum Robert Choo (no. 44 white EG Civic), and Duane Bada (no. 125 black/red Advan-themed Civic), who took Group N2's first, second, and third places, respectively, with best laps of 1:29.428, 1:30.012, and 1:30.551. And be prepared for some competition; the group's fifth-place finisher lapped the track within nearly a second of the winner.

Moving up from Group N2 class is Group N, open to VTEC-equipped cars with street tires and no aero equipment. Sean Mulyanto's no. 73 red S2000 set the pace here, with a 1:25.480 around the Streets circuit, faster than next-closest S2000 competitor, David Ishida taking third in his silver no. 35 car, with Amir Bentatou and his crowd-favorite black NSX sneaking in second.

Cars running either an R-comp tire or aero gear fit into Group A2, where last year's season 1 / 2 repeat winner Matt Rojana and his no. 01 red S2000 cleaned up once again, improving his Streets of Willow personal best and posting the second-fastest time of any class with a 1:24.343. Ronnie Vajdak and his no. 800 white Integra claimed second with a 1:25.727, followed by Jose Mejia who claimed third with a 1:28.073 from his no. 97 black Civic.

And in Group A — for all intents VTEC Club's "unlimited" class — there was a bit of an upset: Tom Liang's no. 25 white EF Civic and Jay Valle's no. 55 Civic sedan made us proud by belting out impressive second- and third-place performances (1:24.504 and 1:24.925, respectively), but it was the S2000-powered Mazda Miata of Nik Romano that crashed the Honda party and took the Group A win and overall best lap of the day with a 1:24.336.

But that Miata had better watch its thin, rounded ass. Just this morning it was announced that SCCA ace and Bilstein engineer Bret Norgaard and his monster, track-dedicated, King Motorsports-built, Group A Acura TL will be joining for future VTEC Club competition. Not only can we not wait to see what numbers this duo is capable of, we can't wait to see who comes out next to challenge him! 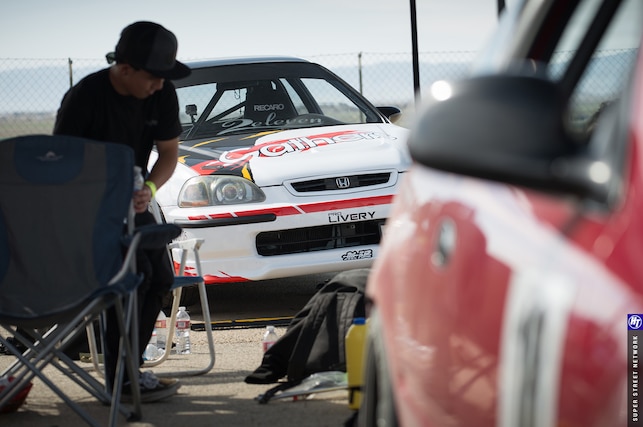 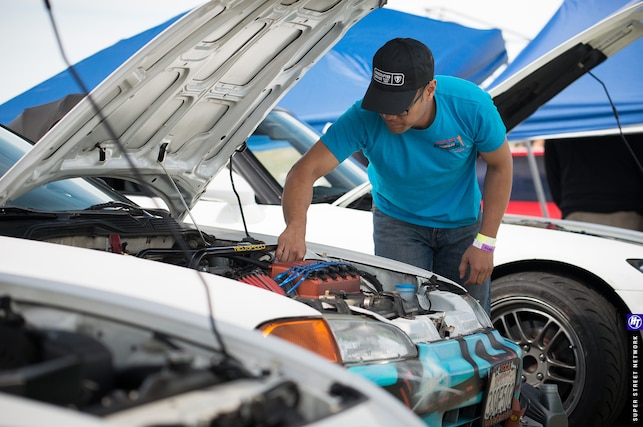 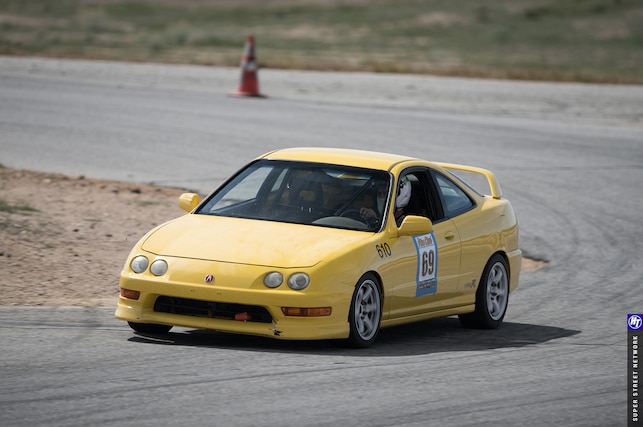 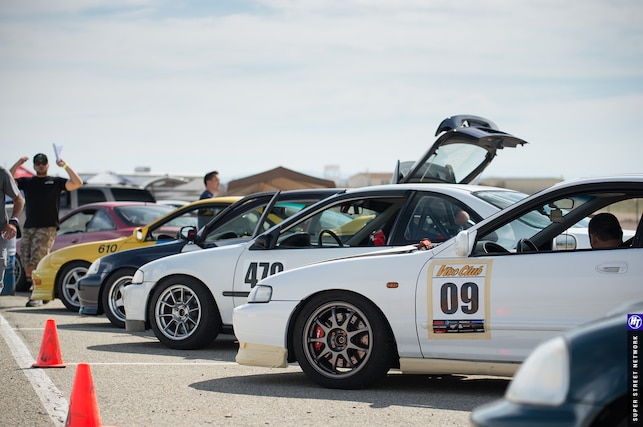 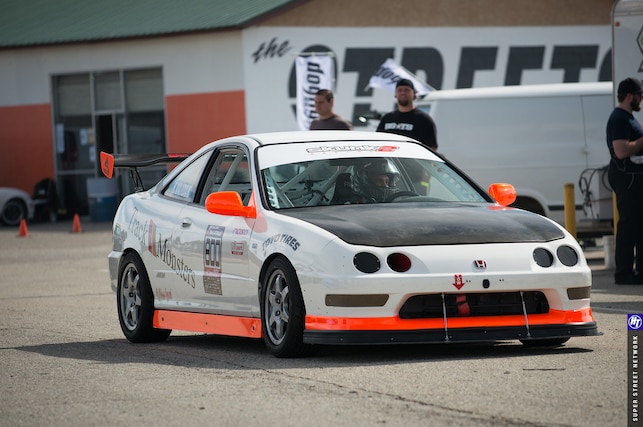