Vaughn Gittin Jr. proves unstoppable in the Monster Energy Mustang, taking the Round 2 win and jumping atop the point standings. 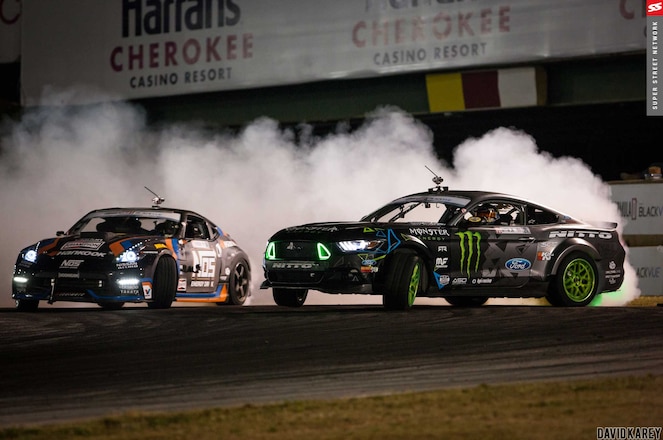 In a way, it was sort of fitting that the 2016 edition of Formula DRIFT Road Atlanta - round 2 of this season's chase - ended with three series vets and past champs on the podium, considering the venue is famously where the planet's premier drifting league got its start in 2004. As much as media types and talking heads want to hype the next generation of drivers, at the end of the day legends run this show, and it's up to the young guns to carve out space among the sports' elite. 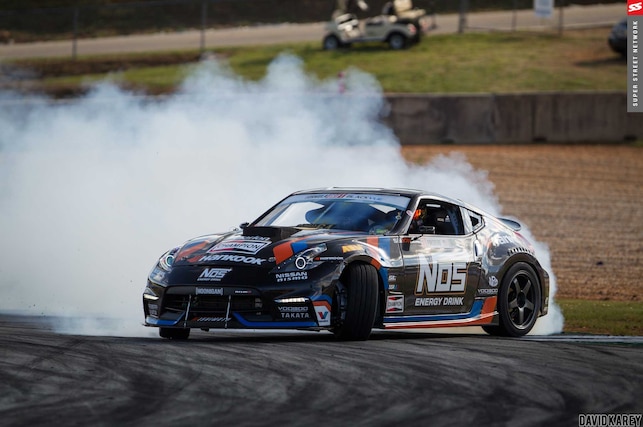 A newer (but not totally new) pilot who had historically been his own biggest enemy ruled Round 1 a month earlier, Chelsea DeNofa in the BC Racing BMW E46, bagging his first overall FD event victory on the streets of Long Beach. Seems as though that luck was short lived, though, as he fell in the first round of eliminations to Kenny Moen's Boost Lock M3 after a One-More-Time (OMT) tiebreaker. 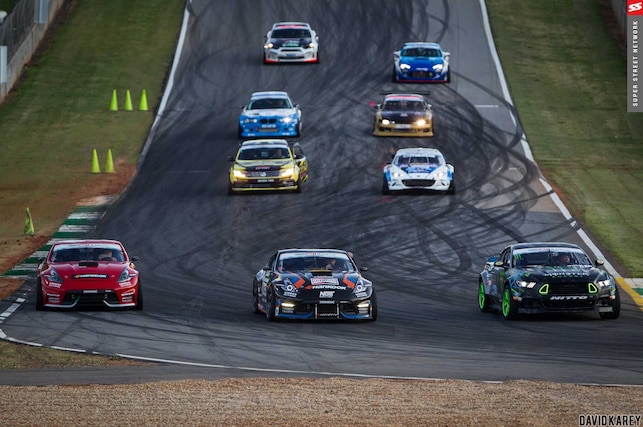 In fact, the top three from Long Beach were all dispatched in the round of 32 in Braselton, Ga. - reigning series champion Fredric Aasbo in the Rockstar Energy Scion tC losing to Jeff Jones and the DOC Nissan S14 after he could no longer compete with a de-beaded tire and no Competition Timeout to spare (Aasbo's Papdakis Racing team also had to replace another motor in the tC this weekend), and Ken Gushi in the Greddy Performance Toyota 86 falling to 2013 series champ Mike Essa in the Loud Mouth Exhaust BMW. 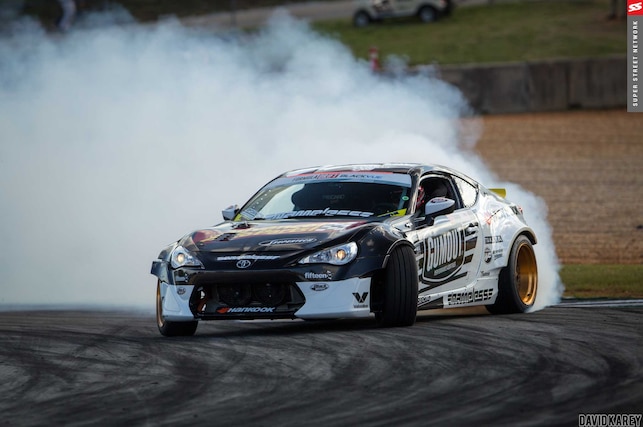 At the other end of the spectrum, seasoned hot shoes like 2010 champ Vaughn Gittin in the Monster Energy Ford Mustang, 2011 champ Dai Yoshihara in the Turn 14 Subaru BRZ, and 2009 and 2014 champ Chris Forsberg in the NOS Energy 370Z showed the relative groms how its done, joined by one fresh-faced Alec Hohnadell in the Enjuku Racing S14. All four had a great weekend and shook up the point standings to boot. 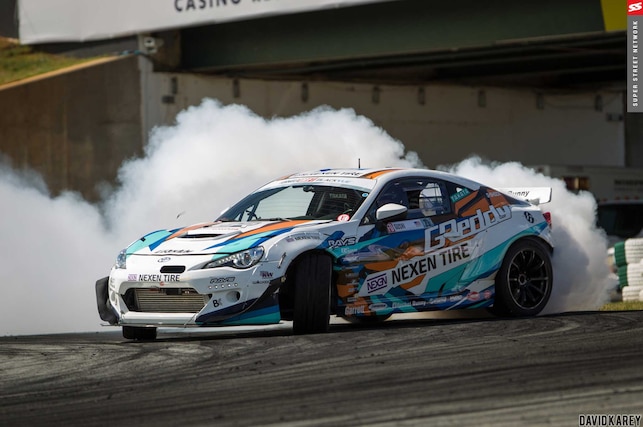 Hohnadell qualified 18th and took down some big names before himself falling in the semifinals to Yoshihara, toppling Ryan Tuerck in the Gumout 86 in Top 32, Jones in Top 16, and 2007 and 2008 champion Tanner Foust in the Rockstar VW Passat in Great 8. Number 4 qualifier Forsberg's march to third took him first through Andy Gray's Power Vehicles Chaser, Pat Mordaunt's Drift Paddock 350Z (the pair went to a OMT in Top 16), and then Odi Bakchis's Hyundai Genesis Coupe before Gittin ended his Drift Alliance brother's run. 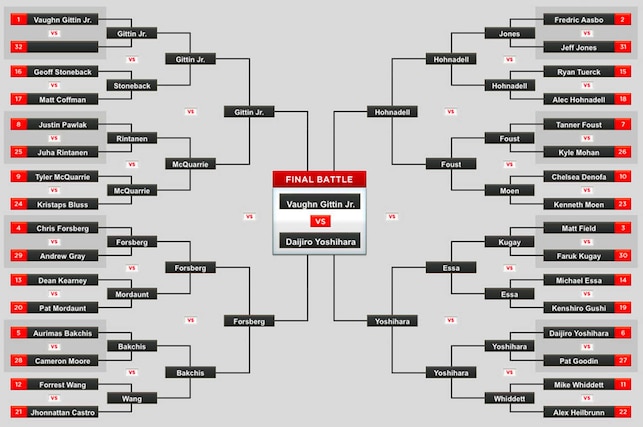 Yoshihara, who qualified 6th, beat Pat Goodin in the ISR Performance S14 to start, and then went to extra laps against Mad Mike Whiddett and his Red Bull Mazda MX-5 before emerging victorious. He then proceeded to end Essa's run before doing the same to Hohnadell in the semis. For his part, Gittin qualified number one and received a bye since there were only 31 drivers for 32 spots; he next dispatched Geoff Stoneback in his Hankook Tire 370Z in Top 16 before doing the same to Tyler McQuarrie in the Mobil 1 Camaro in Great 8. As previously mentioned JR did away with Forsberg in the Final 4 and then kept it clean against a sloppy Yoshihara to pull out the win. 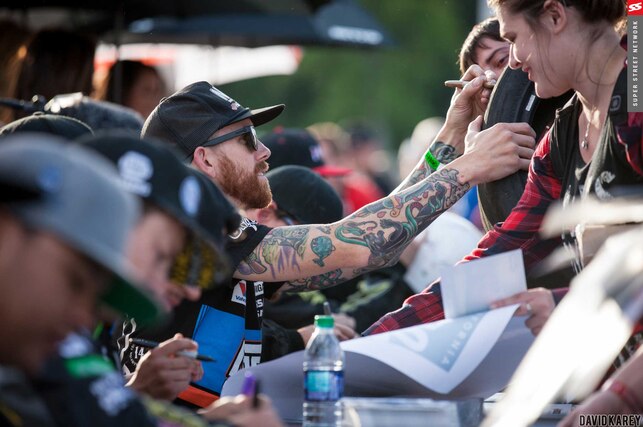 Gittin hasn't seen the top step of a podium since 2014, when he earned two event triumphs, one of those at Road Atlanta interestingly enough. With no one from Long Beach returning to the podium in Georgia, the standings have been flipped on their head, with Gittin in the lead at 155 and DeNofa not far off at 119, trailed by Bakchis at 116, Aasbo at 102, and Forsberg at 100. We should stress we're only two rounds into an eight-round season, but should this pattern continue - that is, with a unique top three for each test on the calendar - you can bet it will be a scramble all year long. And we couldn't be more thrilled. Next event is Round 3 at Orlando Speedworld in Florida on June 3 and 4. 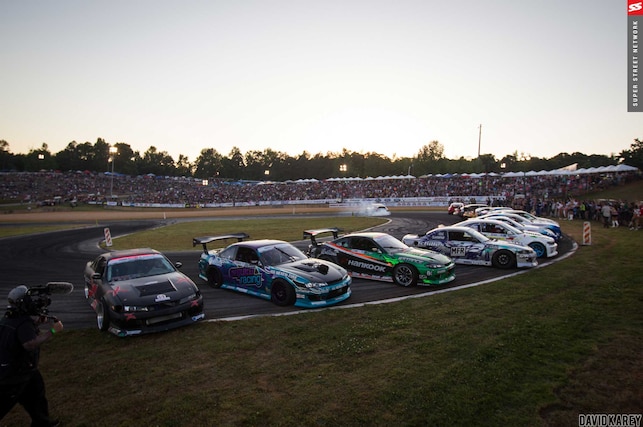 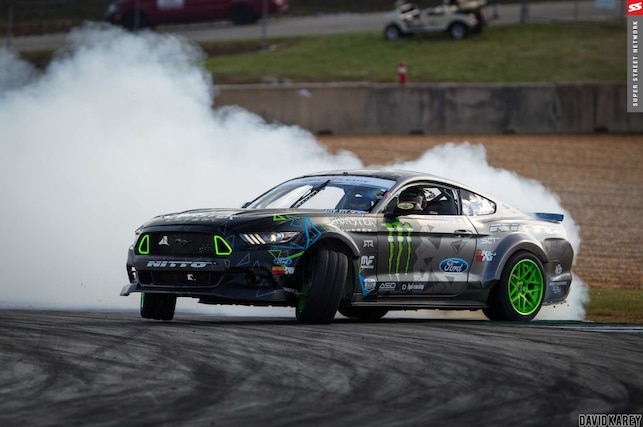 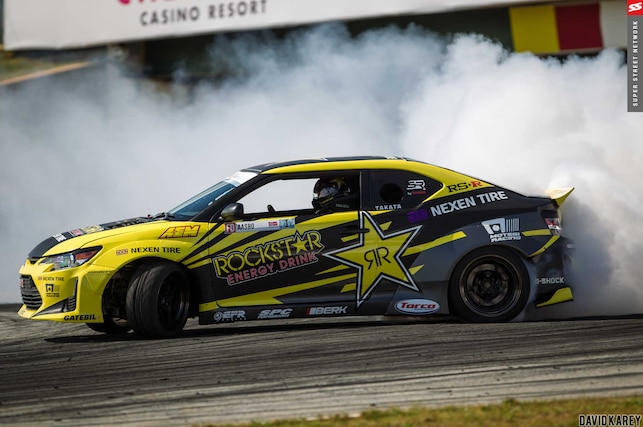 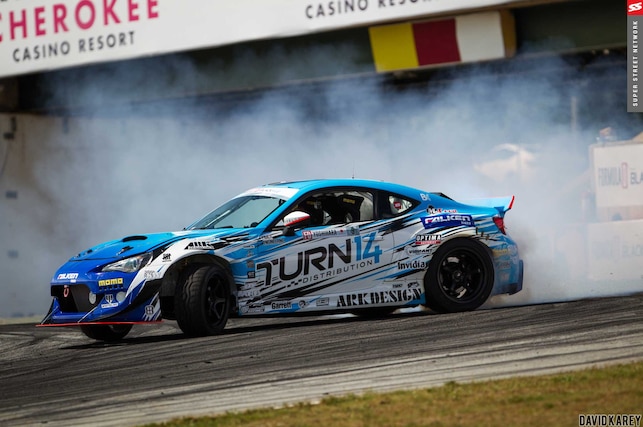 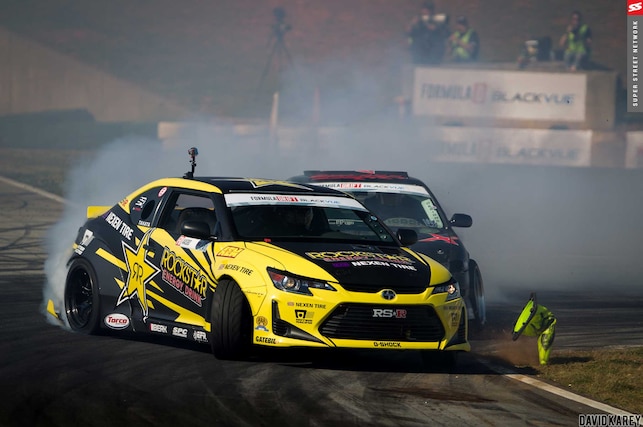 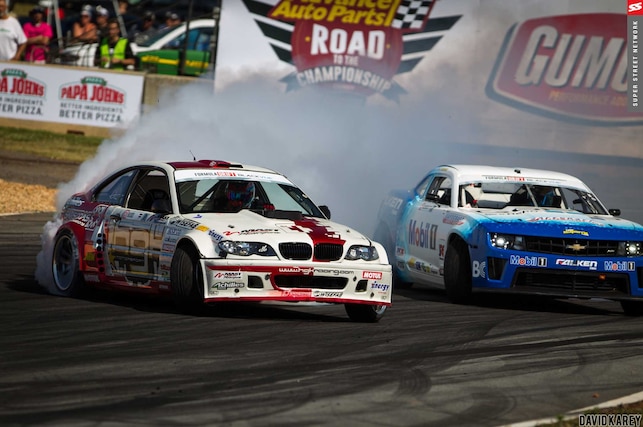 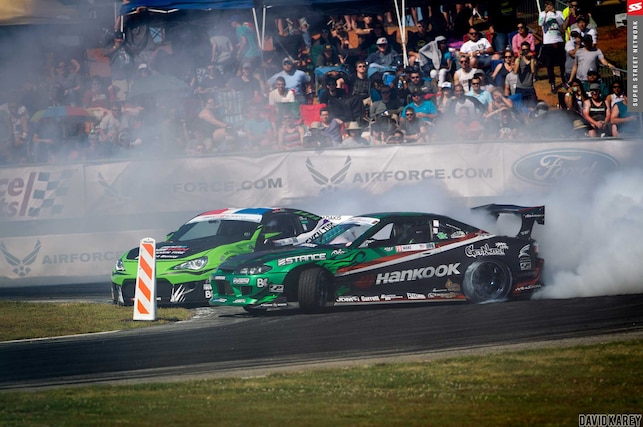 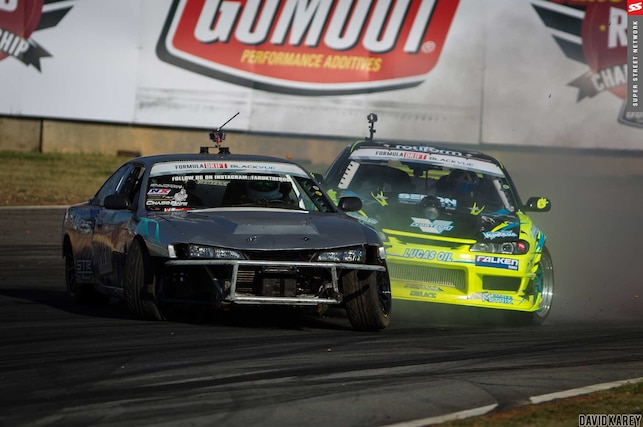