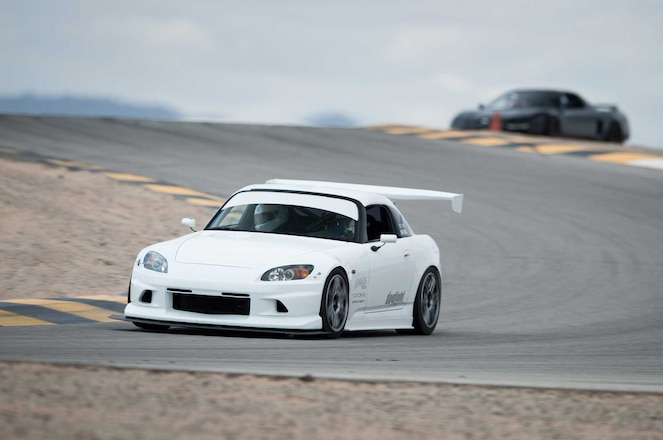 After two rounds of Honda-only time-attack competition at familiar Willow Springs, southern California VTEC Club racers ventured three hours into the desert to carve some fresh lines at Chuckwalla Valley Raceway and issue a friendly challenge to some Ariz./NM/Nev. brothers in arms — a challenge that did not go unanswered.

For those not familiar, let us explain the state of affairs with regard to race tracks in SoCal. They're all in the middle of nowhere, and most of them are old (Willow Springs opened in 1953; Buttonwillow in 1997), feature uneven and imperfect pavement, and even some dangerous spots where cars can roll or hit walls should they run off. Still, we race them and know them well - most of them, anyway.

Enter the new kid on the block, Chuckwalla Valley Raceway — "Chuckwalla" or "CVR" as it's commonly called. Opened in 2010 and located deep in the desert, it's the farthest racetrack from pretty much anywhere, the hottest track of the bunch, and is almost completely devoid of accommodation; the nearest gas station is about 20 miles away. It's not exactly the first choice of SoCal racers, but if the journey is made, the payoff is big. CVR's 2.68 miles of buttery smooth track couldn't be more different from its older SoCal siblings. Its 17 turns and multiple straights span the fast and slow, double-apex, corkscrew, hairpin, and changing-radius variation, with some fun (challenging) elevation changes, to boot. 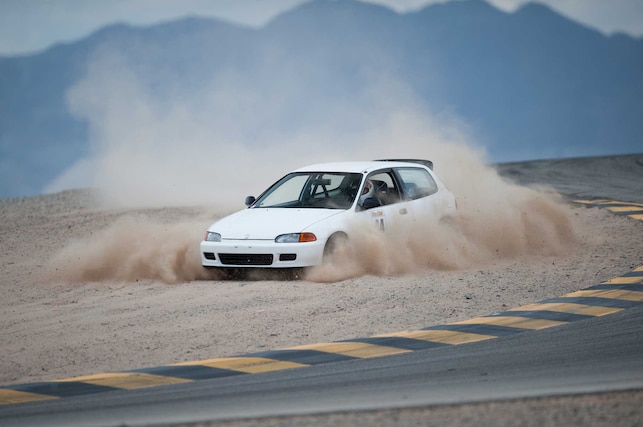 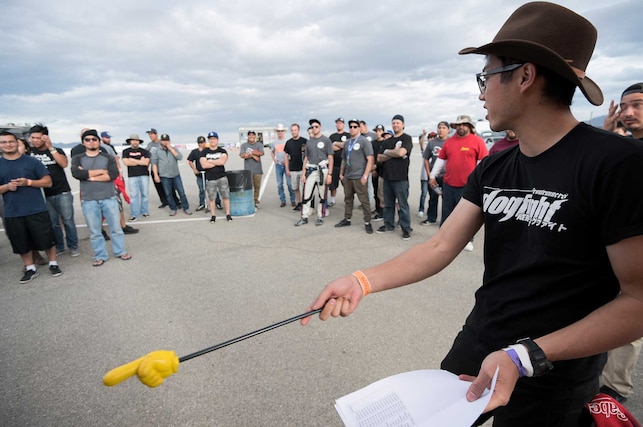 CVR's smooth, sandy run-off in all directions allows racers to learn its limits without fear of rolling or otherwise damaging their cars too badly when they go off, something that happened so frequently during morning sessions that Extreme Speed Track Events (which VTEC Club runs in conjunction with) organizer Joel Perez held an impromptu drivers' meeting to basically tell drivers to cool their jets, a little. 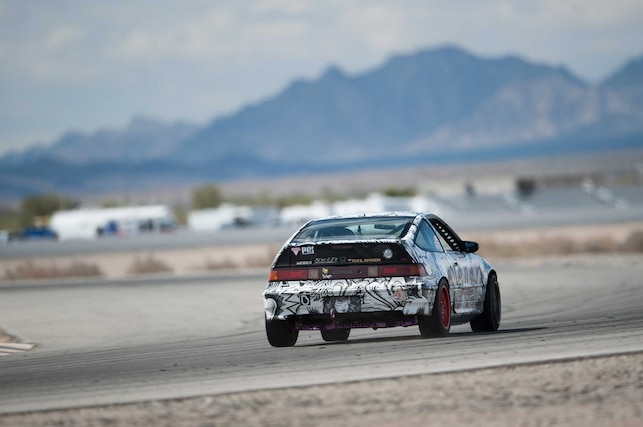 After a full day of time-attacking, wrenching, BBQing, pitching tents (camping on the grounds is always a welcome CVR bonus!), playing with dogs, and general VTEC Club track-day debauchery, lap times began dropping and the numbers rolled in with a few podium changes happening all the way up to the last session. Answering that "friendly challenge" from the SoCal crowd was Phoenix NASA racer Phil Robles and his flared/K24-powered EG Civic, earning the Group A class win and clocking the fastest lap of the day, breaking the two-minute mark with a 1:59.215 around the CVR circuit. 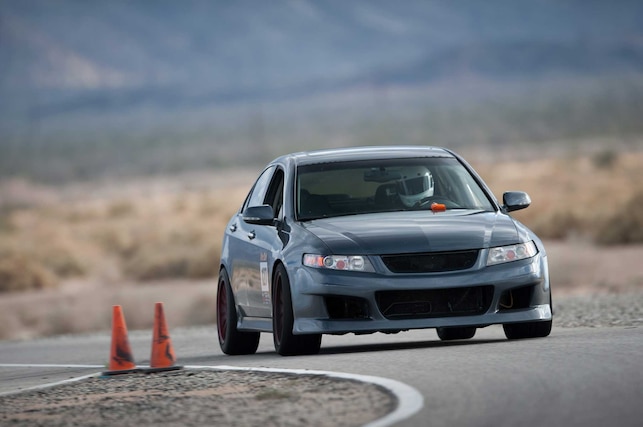 Stealing Second in Group A competition was Nik Romano and his black-sheep F20C-powered Mazda Miata (still technically a VTEC-equipped vehicle) with a 2:00.044 fastest lap, followed very closely by Tom Liang and his K-powered EF Civic posting a 2:18.577. 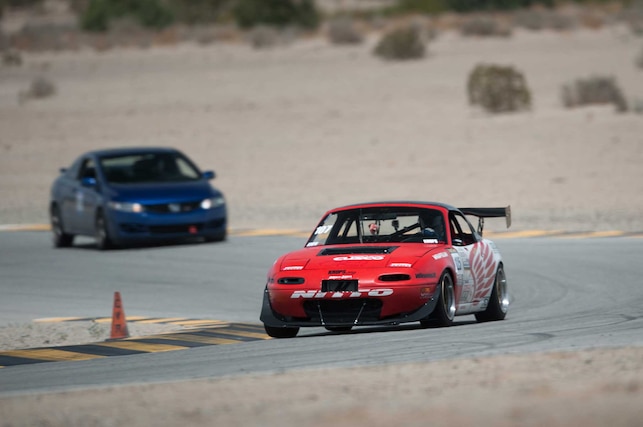 Amir Bentatou once again claimed the Group N win in his gun-in-a-knife-fight NSX, blasting a 2:01.855 from the largely stock street car. Behind him was the TSX of Scott Dukeshire posting a quick 2:04.953, and because no one brought a fast DC5 to complete the "-SX" podium sweep, Sean Mulyanto and his S2000 took third, hot on Scott's heels with a 2:05.185.

And finally, call it the "track missile" class, "backmarker" class, or the "Are you sure that's not a Lemons car?" class, everyone's favorite class — Group N2 — was triumphantly dominated by Turbo magazine alum Robert Choo with a 2:07.717 from the EG Civic he thrashed back together after blowing its previous single-cam engine en route to the VTEC Club Round 2 podium only a couple short weeks prior, improving on his third-place performance then with the class win this time around. Following closely was VTEC Club frontman Duane "Baby D" Bada and a 2:09.634 run in his girlfriend's EF Civic, and Ryan Constantino with a 2:10.762, completing the all-Civic podium.

Click here for full results, here for season championship points standings, and as both links would suggest, check out www.vtecclubusa.com for full club details. 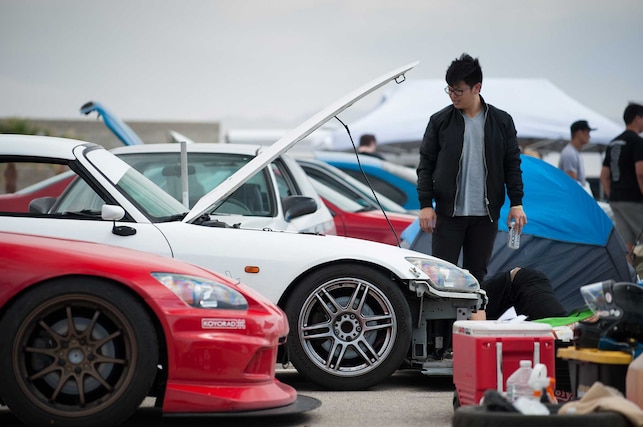 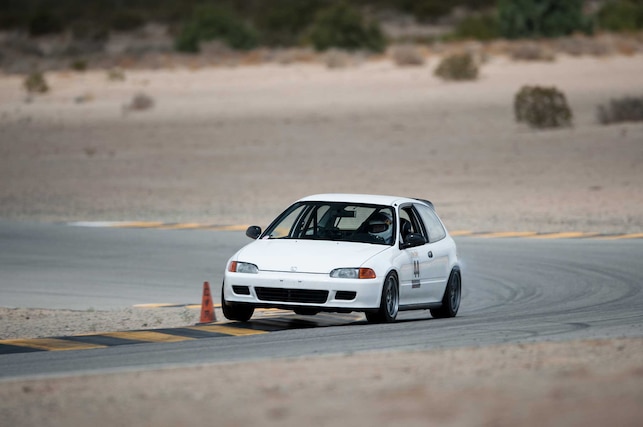 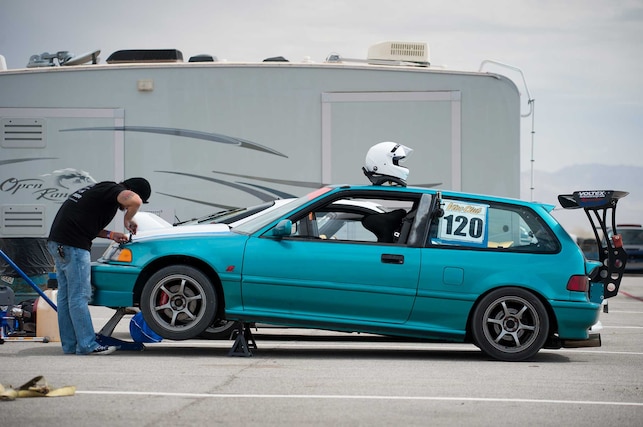 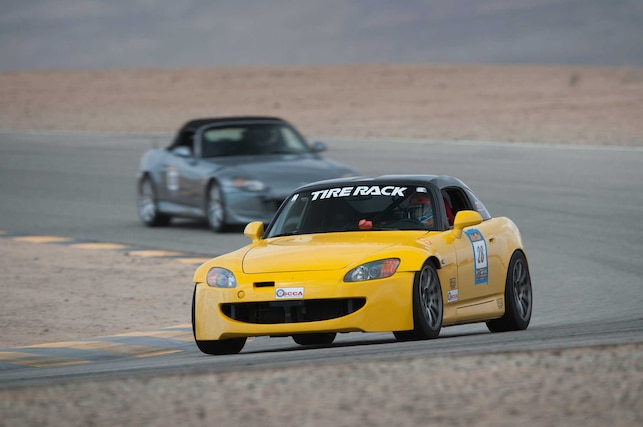 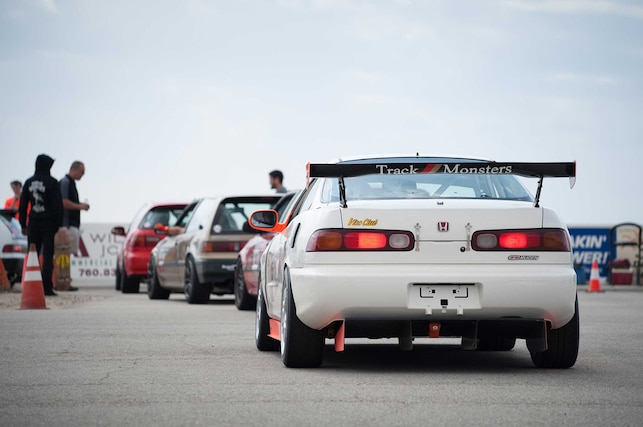