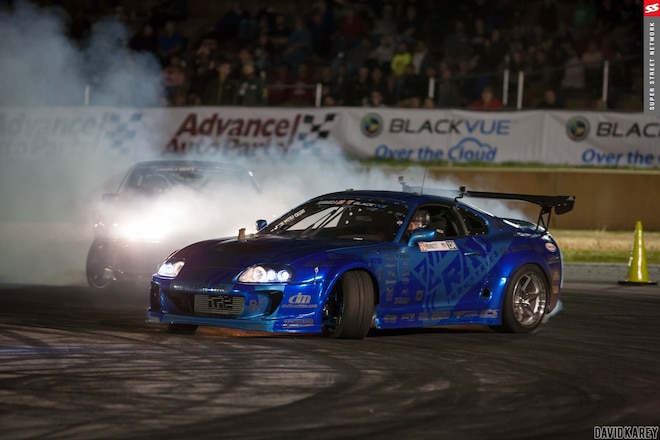 We're not shy about our love for RAD Dan Burkett. His car, that mullet, his simmering virility - all of it just makes us weak in the knees. And since we were invited to watch the build of his 1995 Toyota Supra to compete in the Formula DRIFT Pro2 championship last year (documented in parts 1, 2, 3, 4, and 5 of our series), we just can't get enough of man and machine.

Earlier in 2016 Dan and his RAD Industries team fine tuned the car further and then gave it a fresh new look before heading to the world famous Road Atlanta in Braselton, Ga., for the season opener of Pro2. He finished fourth in Georgia, and then competed at Round 2 in Orlando where he was eliminated in the Top 8. He currently sits fourth in season points with half the season left to go.

We sent our videographer out to Road Atlanta and he returned with some killer footage of Burkett and his Supra, which he's edited into this fun little highlight reel. Enjoy the angry 2JZ action, and catch RAD Dan again at Texas Motor Speedway for Round 3 of the 2016 Pro2 chase - and if you can't be there, you can catch the action live on the Formula DRIFT Live Stream.