Drifting's next big names are revealed. 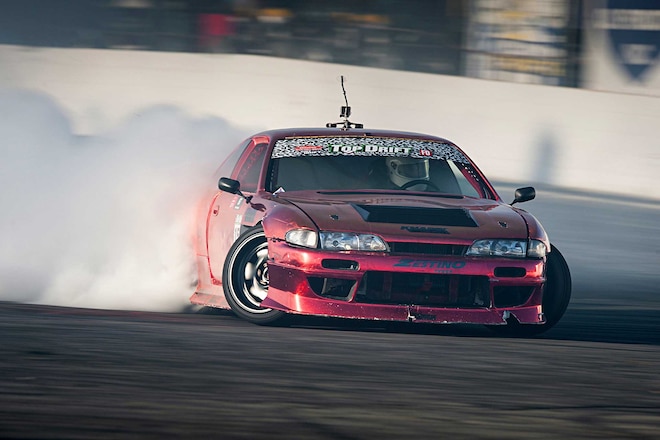 Going to Willow Springs is a like stepping back in time. It's California's oldest racetrack and the oldest permanent road course in the U.S. Most of it looks and feels today just as it did since early '90s renovations. There are no sprawling pit garages. No posh VIP trackside suites or lux media center. No Wifi. In today's world of high-tech, digital, and extravagant, everything here is peacefully low-tech, analog, adequate. 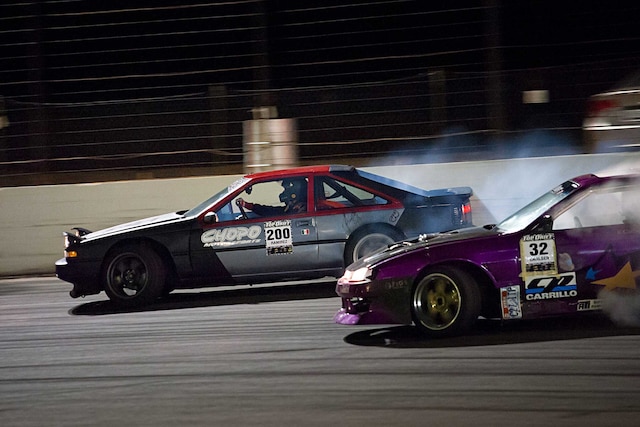 Tucked away on the ground's far northeasterly reaches is perhaps Willow Springs's most perfect remnant of days past. With its peeling paint and oxidized cyclone fencing, cracked tarmac, splitting wooden bleachers, and adjacent boneyard stocked with demolished derby cars and the odd dry-rotted speedboat (we don't know why), the ghosts of the Speedway Willow Springs 1/4-mile oval whisper to the newcomer tales of thundering V-8 stock cars and sizzling tailgate BBQs that have occurred on innumerable warm summer nights of yesteryear. It's a relic of simpler times, in a historically simple enclave of California's modern and progressive landscape.

Yes, things change more slowly in the desert. Alas, they do change. The glory days of circle-track racing slowly gave way to the rising popularity of drifting, and fans traded nights at the Speedway for weekends at Willow Springs' Horse Thief Mile and Balcony tracks. But over time, as the growing power of drift cars brought bigger, longer, and faster oval banks into reach (and as the competition among their drivers grew accordingly tighter), the Speedway enjoyed a new spotlight. Today, as of Top Drift pro-am's final-round competition, it serves as the launch pad for tomorrow's newest professional drifting talent, by hosting the final pro-am battles of the season's top three competitors before they're rewarded Formula DRIFT Pro2 licenses. 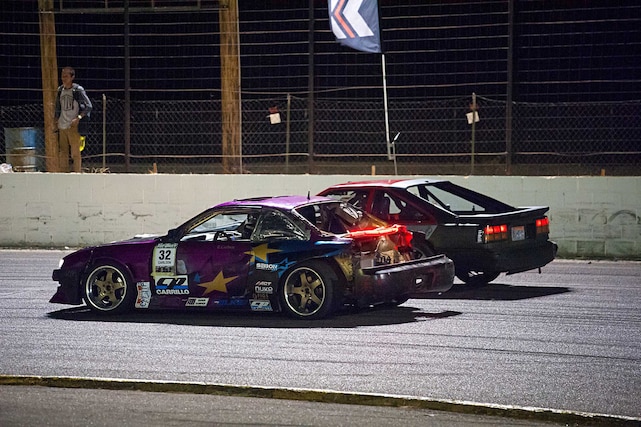 This year, after three previous rounds of impressive drifting, some of the closest tandem battles we've seen anywhere, and more than a few upsets along the way, we saw Adam Knapik land on the tallest step of the podium for season points, after winning the event and several hard-fought battles with second-place finisher Jason Kim throughout the season, and Sean Adriano continually improve throughout the season to capture Third.

As for the event itself, it mirrored trends set throughout the season. Adam Knapik drove strong throughout the evening and steered clear of the mistakes that have in the past cut him short of victory. Jason Kim drove equally as strong, save for a late-game mishap that took him out of competition earlier than expected (we all really, really wanted to see a Knapik-vs-Kim final!) Sean Adriano once again passed up mentor Kim in competition to eventually finish Second for the round. Just behind him was Kelvin Arreola, the driver of the sub-200-hp Corolla, who nabbed a podium finish in Round 1 earlier this year, achieving the same feat but this time in a 1JZ-powered old-school Supra - very cool to see. 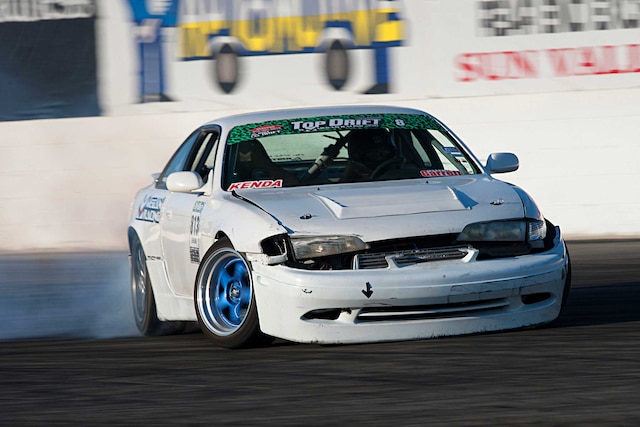 While there's no way to say for sure whether today's stars of SoCal pro-am drifting will become tomorrow's biggest names in Pro competition (the jump from Pro-am to Pro 2 competition is quite big, as is the leap to Pro!) if they share anything in common with the place that got them this far, we're sure they'll enjoy some renewed time in the spotlight very soon. Oh, and there's the fact that last year's Top Drift winners Trent Beechum and Matt Madrigali are doing pretty well in this year's Pro 2 competition, so ... yeah. 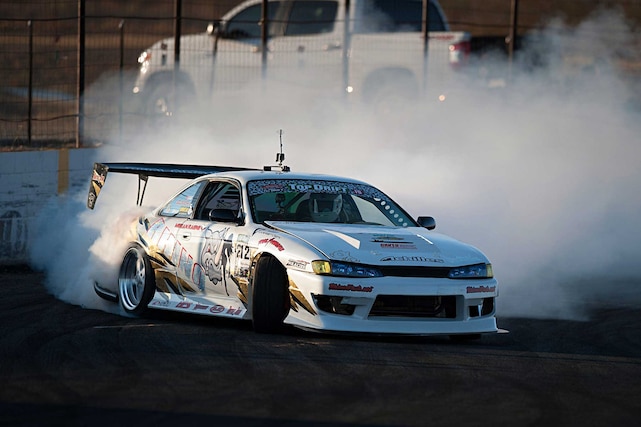 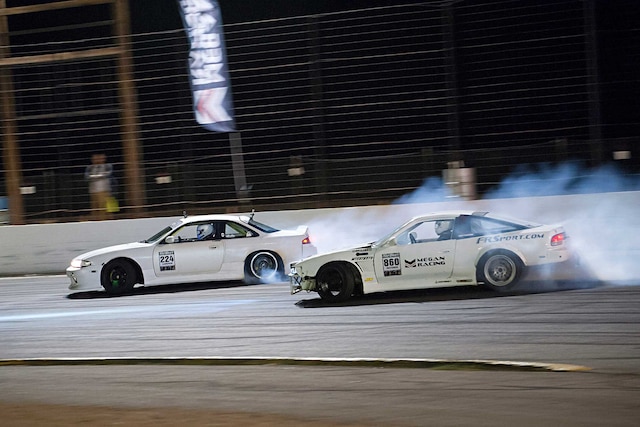 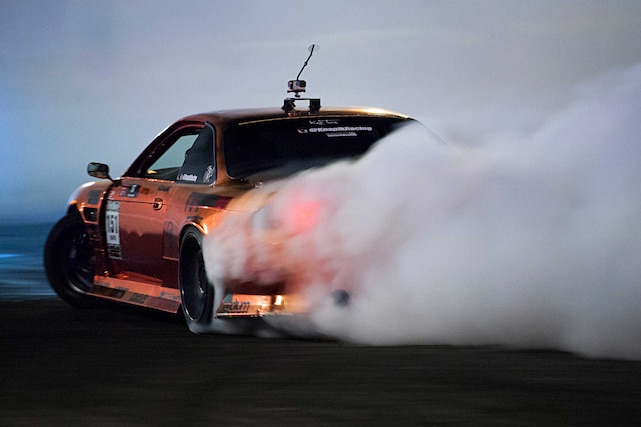 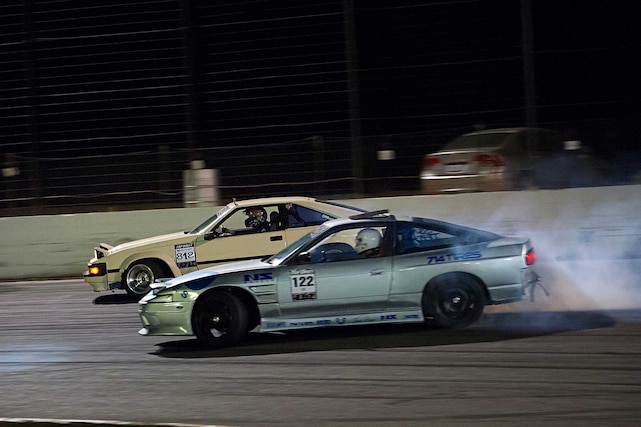 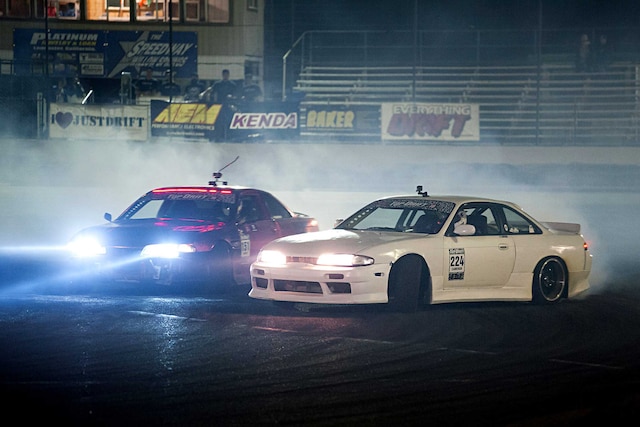