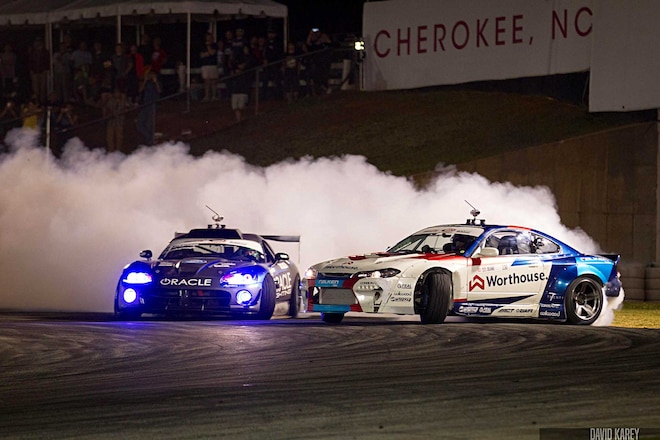 In the aftermath of James Deane's improbable victory at Round 1 of the 2017 Formula DRIFT Championship in Long Beach, Calif., this past April, a lot of drifting fan boiz got all excited because it looked like new blood in a JDM rocket was coming to America to shake things up (a la Daigo Saito in 2012). We got the impression e-thugging contrarians were dancing in the streets over the season opening shocker. But then Round 2 in the oval at Orlando Speed World happened in early May and, on the surface anyway, Deane looked fallible, even human, as the podium was nothing but past FD champions. Fast forward another couple weeks, though, to Round 3 at Road Atlanta and the Irish wheelman changes the story again. 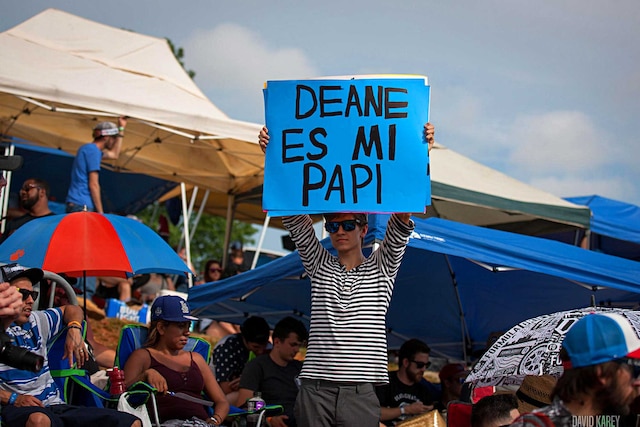 In Long Beach, Deane had to take out a couple of past champions and a couple of could-be champions in his first Formula D action in seven years. In Braselton, Ga., he had to contend again with thrice series champ Chris Forsberg in the NOS Energy Drink 370Z — the second time in three events — while also dispatching heavyweights Ken Gushi in the Greddy Performance 86, Matt Field in the Falken Tire S14, Alec Hohnadell in the Urban Air Initiative S14, and finally fellow Irishman and pal Dean Kearney in the Oracle Lighting Viper. Trust us when we say this has been no cakewalk for the Worthouse pilot. 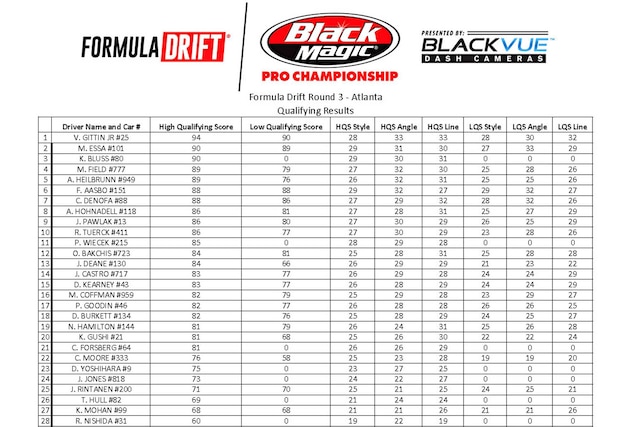 The comp began with Friday qualifications on Road Atlanta's familiar drift course, that is Turns 10A and 10B and the horseshoe at the top of the hill after 10B. Once again, 2010 champ Vaughn Gittin, Jr., in the Monster Energy Mustang RTR qualified number one with a commanding 94 score out of 100 points, earning his second number-one qualifier this year and his sixth number one in the last 11 rounds going back to the beginning of 2016 (does anyone qualify better than JR?) Gittin and the next top three qualifiers — 2013 champ Mike Essa in the Essa Autosport E46, Kristaps Bluss in the HGK Motorsport E46, and Field — all earned byes since there were only 28 competitors for the Top 32 round of tandem eliminations, but unlike Orlando where event organizers for the first time in recent memory skipped over the single-car byes, at Road Atlanta everyone in Top 32 was made to take a lap, even if it was by themselves. 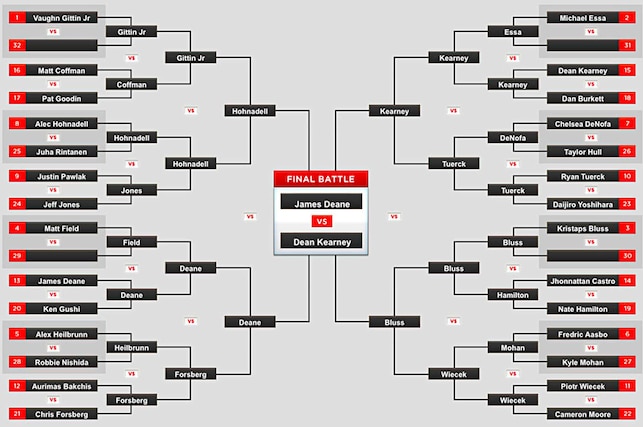 The following day Top 32 got underway in wet but drying conditions, which worked out for some — like Jeff Jones in the DOC S14, who got past Justin Pawlak in the Roush Mustang after the Ford slid into the kitty litter opposite the first corner and JTP got an incomplete — but not others. By the fifth pair, Odi Bakchis in the second Falken 240SX versus Forsberg, the course had dried enough that Formula D decided to do away with recon laps (instituted at the start of Top 32 so competitors could get a sense of the changing track conditions) — a good thing considering the knock down, drag out nature of their battle, which went to One More Time (OMT) before Chris was awarded the win. 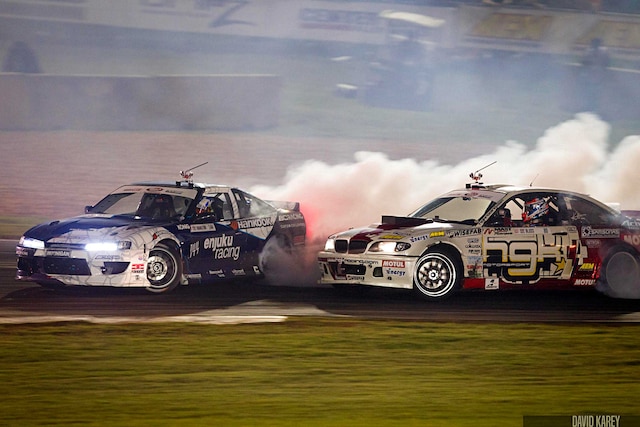 Ryan Tuerck in the Black Magic 86 and 2011 champ Dai Yoshihara in the Turn 14 BRZ also drove to a OMT as well, and in the extra frame Dai ended up falling out of drift at the clipping point atop the hill, which cost him the win. Finally, in addition to Jones beating Pawlak, two more upsets caught our attention in Top 32: Nate Hamilton in the Enjuku Racing S13 advancing past a surging Jhonnattan Castro in the Gerdau Metaldom 86; and Kyle Mohan in the Top 1 MazdaTrix MX-5 surviving 2015 champ Fredric Aasbo in the Rockstar Energy iM after Aasbo in his lead lap had a huge correction in the horseshoe and in his chase ended up running into the Mazda. 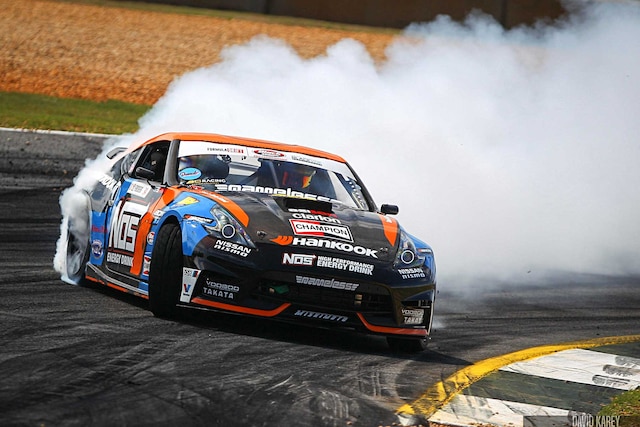 It stayed dry for Top 16 and beyond, and with the sun below the horizon conditions cooled dramatically for the run to the finish. Unfortunately there was a huge delay at the beginning of the round when track workers had to clean up a sizable spill during the Hohnadell-Jones match (a fluid down we're still trying to figure out who is responsible for). Top 16 was also marked by continued takedowns of higher qualified drivers, like 13th qualifier Deane defeating number four Field after he caused contact in the horseshoe; number 21 Forsberg knocking off number-five qualifier and 2016 Rookie of the Year Alex Heilbrunn in the IMR E46; number 15 Kearney dispatching number two Essa in an insanely smoke-filled fight; and number seven Chelsea DeNofa in the BC Racing Mustang falling to number 10 Tuerck in a great battle that went to OMT. 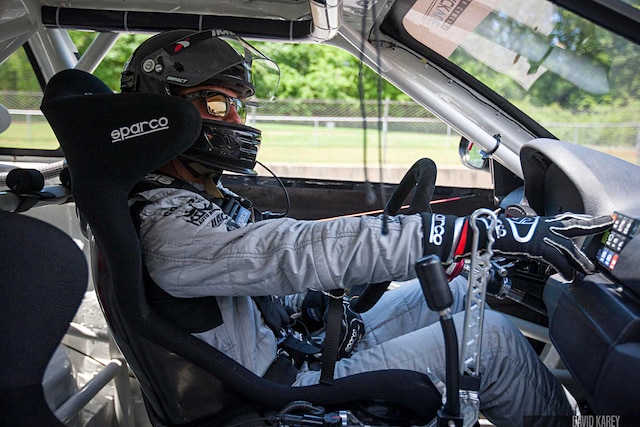 In Great 8, Hohnadell won one for the underdog, keeping pace with Gittin and ultimately extending deeper into clipping zones than his opponent. Deane and Forsberg met again like in Long Beach, with Deane emerging victorious just like in Round 1. Tuerck and Kearney fought it out, with Kearney overpowering Tuerck. Finally, in Bluss versus Piotr Wiecek in the second Worthouse S15, the two battled to a OMT, prompting extra laps where Bluss kicked it up a notch and earned the victory on the merits of better proximity and a deeper slide into Zone 2. 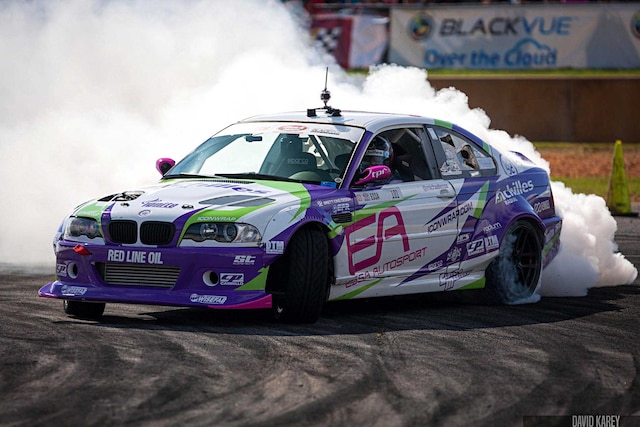 Thus the semifinals were upon us, with Hohnadell and Deane up first; this had the potential to be a great match, but as he exited the horseshoe in the lead position Alec fell out of drift and had to re-initiate, essentially getting an incomplete and ultimately a disadvantage he could not overcome. The other side of the bracket saw Bluss and Kearney drive to not one but two One More Times, a marathon bout that in the end went to Kearney after the two smashed into each other a number of times, leaving Bluss unable to return to the grid for the last OMT because his BMW was beyond repair (at least in the time allotted). Kristaps still walked away with a third-place trophy for out-qualifying the Final 4's other loser, Hohnadell. 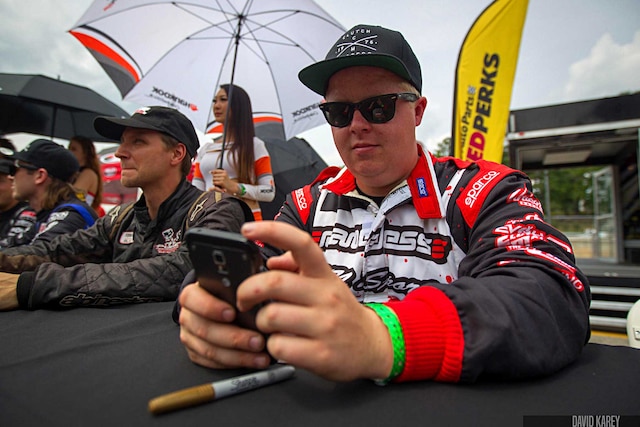 Round 3's final was an all-Irish affair, and frankly from our perspective we were almost 100 percent sure Kearney won. But the judging panel saw it differently, rewarding Deane for his savage chase and nearly perfect lead. Road Atlanta concluded with Deane in first, Kearney in second, and Bluss in third — and not a single American driver on the podium. 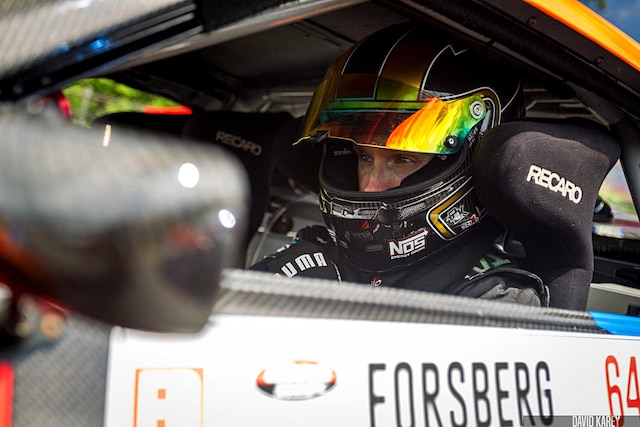 It was a long, drawn out eliminations (three-plus hours), but ultimately very satisfying for fans. Deane rockets back to the top of the driver points table, sporting a substantial 59-point lead over Kearney in second as the series heads for the midpoint of the season. Action resumes June 2nd and 3rd when Formula DRIFT heads to Wall Stadium in New Jersey for Round 4. If you can't be there in person, the live stream is the way to go at FormulaD.com/Live. 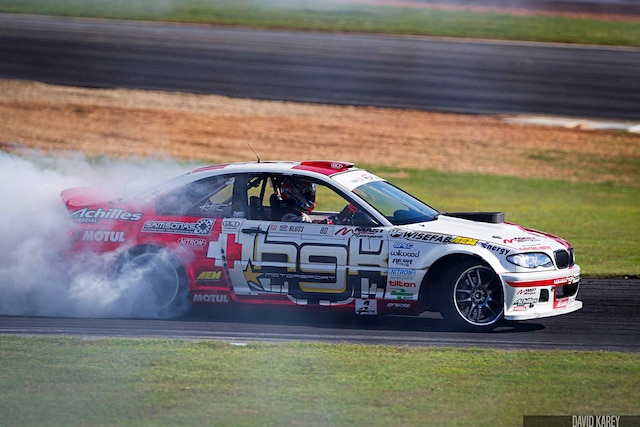 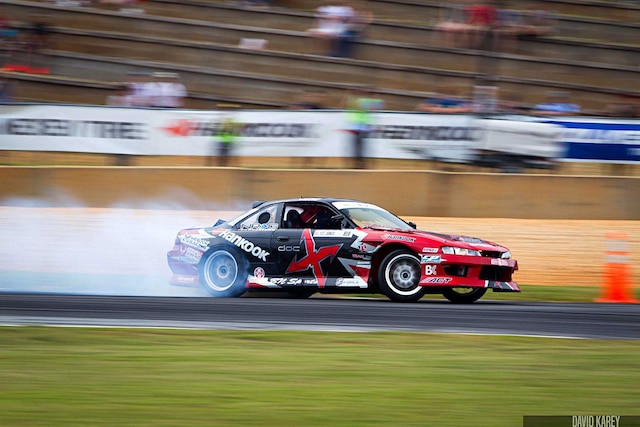 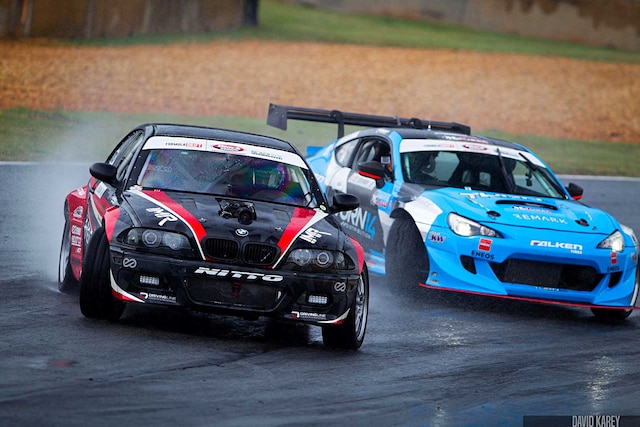 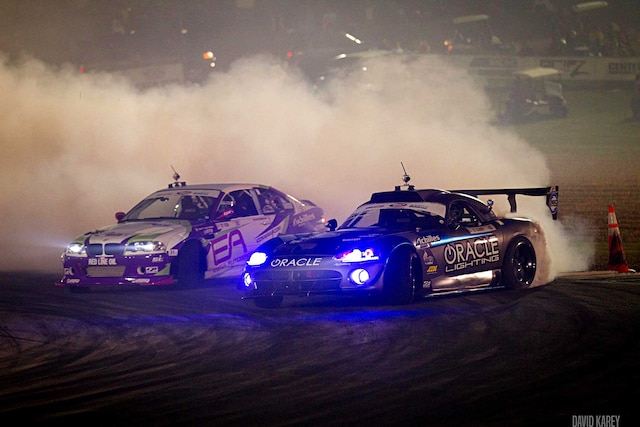