It's already being called one of the greatest tandem battles in Formula DRIFT (FD) history, if not all of drift-dom — we're referring to the Top 16 pairing of Dominican Jhonnattan Castro in the Gerdau Metaldom 86 and Irishman James Deane in the Worthouse Silvia. We can't disagree; we know of Deane's supreme chase skill thanks to his triumphant Round 1 showing in Long Beach, Callf. in April, but to watch Castro give it right back not once but twice against his foe (the match went to One More Time) and ultimately win a super close, smoke drenched affair — well, it was both amazing and exhausting to behold, in a good way. 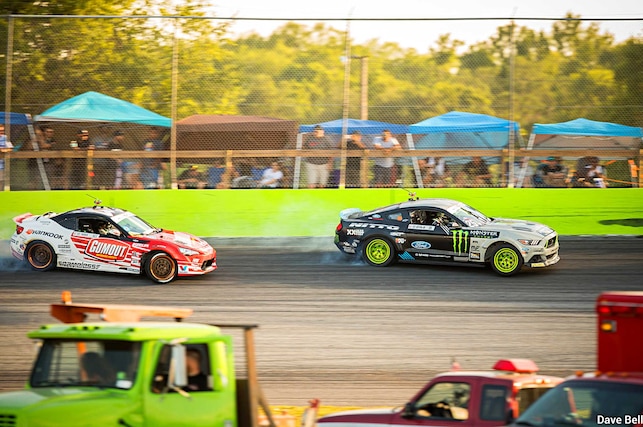 But we're getting way ahead of ourselves. This season, Formula D did a little tweaking to its schedule so Orlando Speed World in Florida became the second event of the year, replacing traditional Round 2 Road Atlanta, which got bumped to Round 3 in May. Like Round 2 last year, though, it was veterans of the series who went the deepest, doing so on an oval that's been cited as being very abrasive and extremely tough on tires. Not helping was the heat, which was bad enough on Friday to earn Orlando recognition for being the hottest city in the U.S. It was these conditions that lead to tire de-beading issues last year for a handful of competitors, and the same happened again this year, although to a smaller degree. 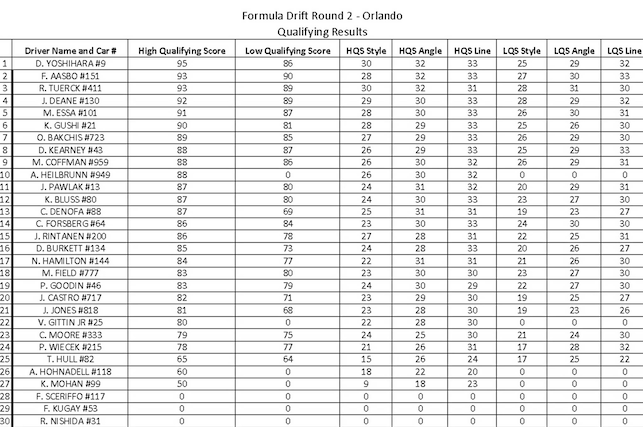 A total of 27 cars and drivers qualified for Top 32 spots, and for the first time in series history the top five qualifiers got to basically skip the opening round of eliminations, effectively advancing to Top 16 (and we're not complaining; Top 32 seemed to fly by). Dai Yoshihara and the Turn 14 Subaru BRZ qualified in first, Fredric Aasbo and the Rockstar Energy Toyota Corolla iM qualified second, Ryan Tuerck and the Gumout 86 third, Deane fourth, and Mike Essa and the Essa Autosport BMW E46 fifth, and each earned a pass to the second round of cuts. 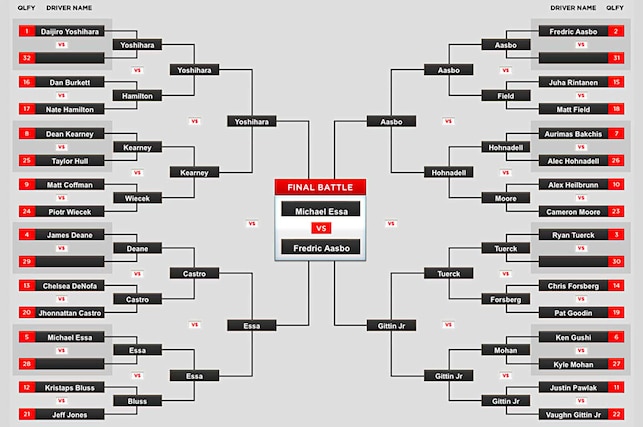 Highlights of the first eliminator include Castro against Chelsea DeNofa in his BC Racing Ford Mustang, who ran into the 86 in a deceleration part of the "power alley" midsection of the track; DeNofa was credited with fault for the contact, carrying way too much speed, and Castro advanced. The same happened much later in the round when chaser Justin Pawlak in the Roush Ford Mustang got into Vaughn Gittin, Jr., and the Monster Energy Mustang RTR, ending JTP's day. 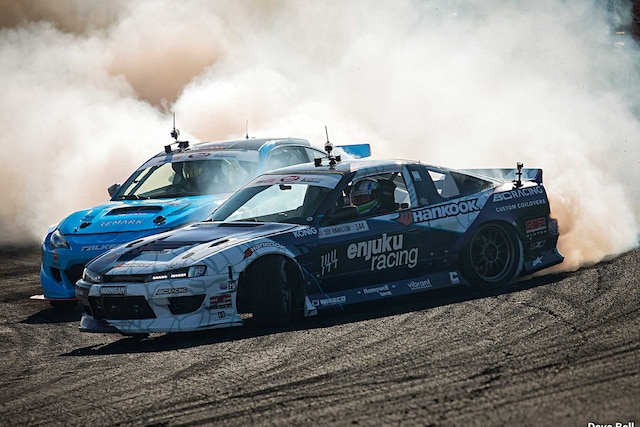 Odi Bakchis in the Falken Tire S14 went out super early after giving the wall in Outer Zone 1 a decent-sized hit and getting a zero for his chase against Alec Hohnadell in the FixOurFuel.com 240SX. Alex Heilbrunn in the IMR BMW E46 also bounced early after de-beading a tire in his first One-More-Time lap against Cameron Moore in the Nameless Performance 86 (rules state tires must last at least two laps, and if you de-bead a tire you cannot replace it and therefore have to forfeit the match). Finally, in a battle of backup motors, Kyle Mohan in the MazdaTrix Mazda MX-5 got super lucky after Ken Gushi in the Greddy 86 initiated way too late (a massive vacuum leak caused a dramatic loss of power, we understand), allowing Mohan to pick up his first Top 16 entry of the year. 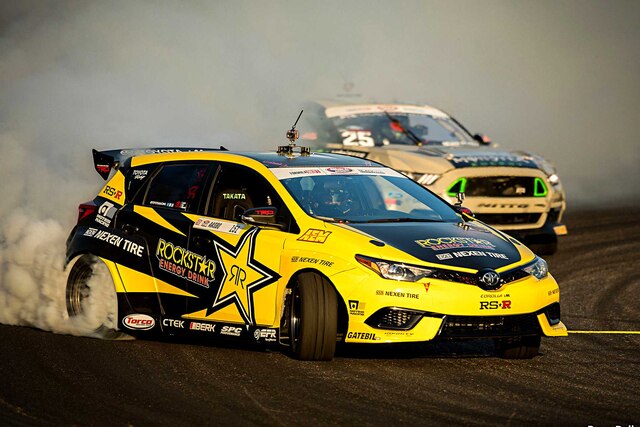 In the first of two dramatic battles involving the Worthouse drift team, chase driver Piotr Wiecek in his S15 was all over the Oracle Lighting Dodge Viper of Dean Kearney, with the Viper spinning out as it crossed the finish line and receiving a zero score for it. All Wiecek had to do to move on was cruise in the lead spot, but instead he got into the tire marbles at the top of Zone 1 and could not escape the gravitational pull of the wall, losing drift and ultimately earning a zero to match Kearney's. The One More Time turned out to be in Kearney's favor, as Wiecek's Nissan incurred too much damage to repair and return in a timely fashion. 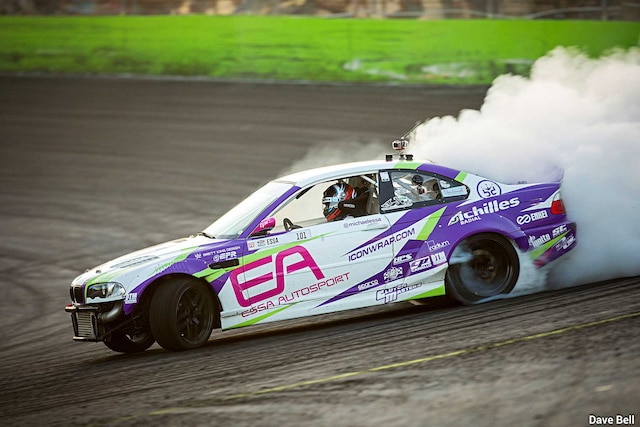 Then came the Big One — Castro against Deane. Both drivers put on clinics in angle and proximity, regardless of lead or chase — truly a tandem battle for the ages. When the decision came down to run them again in a One More Time, we didn't believe they could do it a second time, but again they were door to door, fully pitted. It was mind blowing, made all the more outrageous when Castro ended up winning, upsetting the victor of the previous round and points leader. 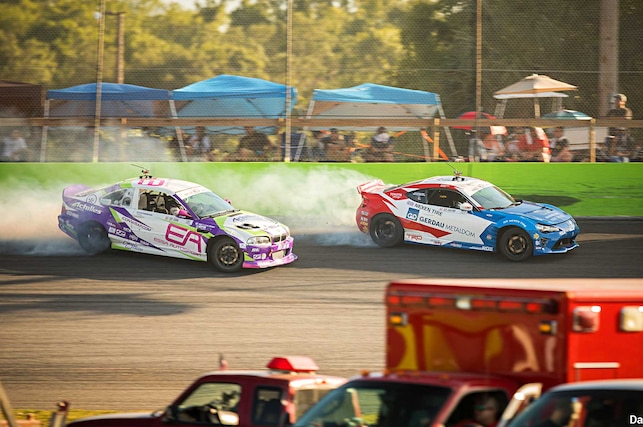 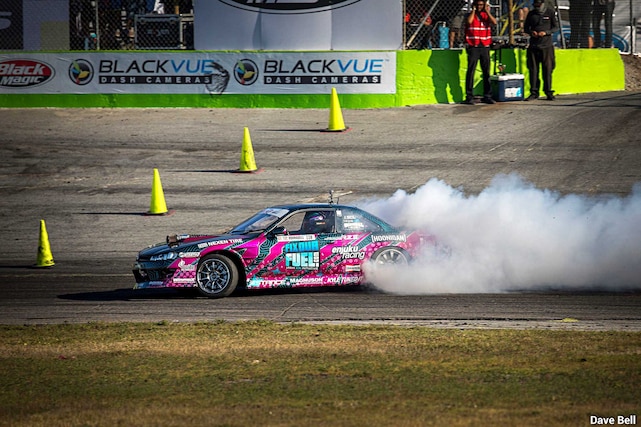 Top 16 also had another victim of tire de-beading, Matt Field in the second Falken S14. Chasing 2015 champ Aasbo, Field lost the rubber as his 240SX slammed onto the flat bottom of the Orlando Speed World oval from the bank, ending the NorCal drifter's weekend.

Like 2016's Round 2 of the Pro season, the quarterfinals were a time for past champions to shine, with 2011 titlist Yoshihara dispatching Kearney, 2013 champ Essa eliminating Castro, and 2015 ace Aasbo ending Hohnadell's run. The most contentious battle was between Tuerck and 2010 titlist Gittin, which went to a One More Time; in the extra frames, JR really turned on the heat from the chase spot, and Tuerck attempted to reciprocate but suffered an apparent brake failure coming off of the bank into the power alley, forcing him to pull out. 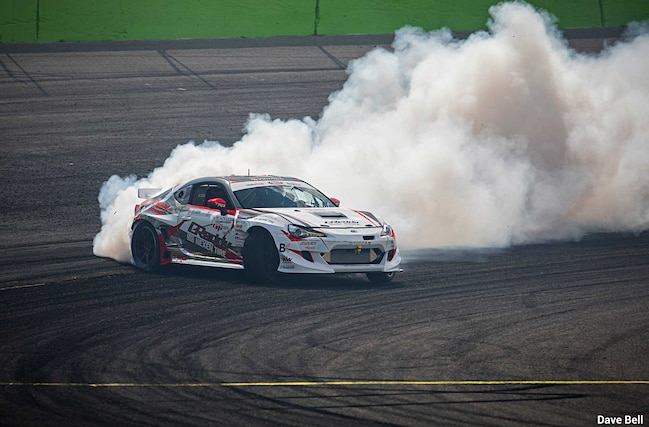 The rest of the event, for all its gripping drama (no pun intended), was a fairly cut-and-dried affair, with Essa getting past Dai and Aasbo getting all up in Gittin's business from the trailing position, earning the victory. That left two standing, Aasbo and Essa; with Fredric leading first, Essa slightly overshot the transition from Clip 2 to Zone 2, going a little wide. Essa was also a aggressive with the wall in Zone 1 on his lead lap, all gaffes Aasbo did not make, and thus the winner was pretty clear. Yoshihara finished third for his number-one qualifying position, Essa second, and Aasbo first.

Aasbo now shoots to the top of the points table, leapfrogging past Long Beach winner Deane, and coincidentally also ties past champs Samuel Hubinette and Gittin for overall event wins at nine, doing so faster than the other drivers were able to. Formula DRIFT travels next to Road Atlanta in Braselton, Ga., for Round 3 of the 2017 championship, set for May 12 and 13. Can't make it? No worries; you can catch the entire event on the Drift Stream at FormulaD.com/live. 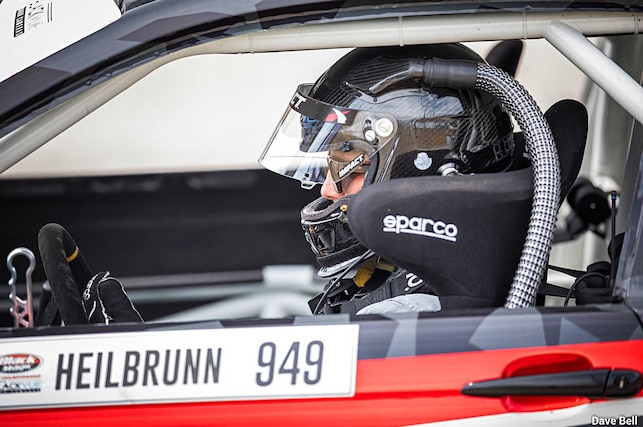 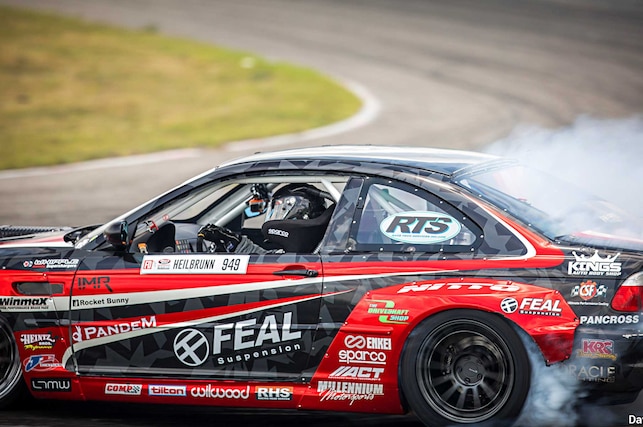 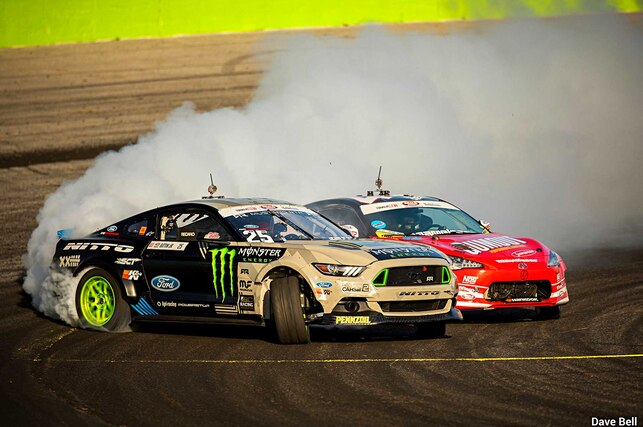 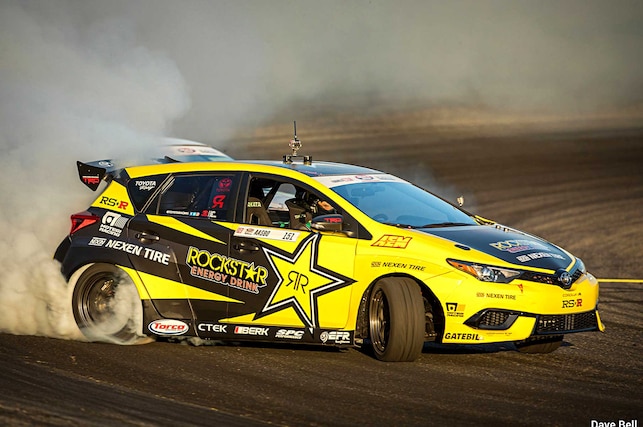