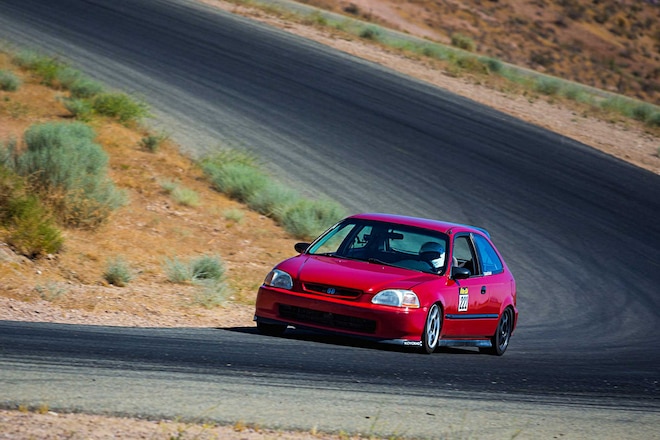 In 2004, a couple of Japanese drivers and a film crew came to California to drive several local cars head-to-head on the tightest road course they could find. The purpose of their visit was to film an episode of Hot Version, a video magazine distributed in the form of DVDs all over Japan. The world was a different place 13 years ago, without the existence of social media and only the most basic of file sharing websites at their disposal — car enthusiasts relied heavily on print and video magazines to stay updated on news in the world of cars and racing. Hot Version had previously hosted several "Touge Showdown" events in Japan to great success and the concept was simple — match up demo cars from well known tuners and shops and race them head-to-head in an elimination style tournament until only one car remained. Add some humor, rate the cars on a scale of 0-100, and film the whole ordeal; the DVDs sold themselves. 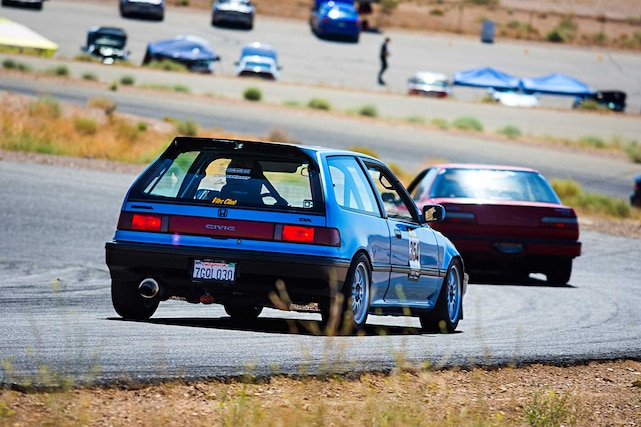 When the decision was made to film a Hot Version video in the US, there was no better way to show the viewers back in Japan how American built cars performed than to hold another Touge Showdown right here in The States. The crew invited shops from all over the country to meet in Rosamond, Calif., at Willow Springs International Raceway where two drivers, Keiichi Tsuchiya and Manabu Orido, would drive the cars around the tight and narrow Horse Thief Mile road course. The event was a success both commercially and culturally, giving enthusiasts in Japan a glimpse of the American tuning scene and American tuners and shops an idea of what established Japanese drivers thought of their cars.

Since 2015, VTEC Club has been a major driving force in getting more Honda enthusiasts on the track. Affordable entry and the perfect balance of laid-back fun and high levels of competition have solidified the organization's position at the forefront of Honda-exclusive time attack racing in Southern California. For the third round of the 2017 season, VTEC Club decided to add to their proven format of timed open-track sessions by incorporating a facet of elimination style one-on-one racing during the second half of the day. The organizers openly attribute the inspiration of "Touge Stage" to the Hot Version videos they watched when they were in their teens, and made it their mission to share the excitement they felt watching those videos with every competitor and spectator who braved the desert heat to attend. After months of planning to make sure the event would run smoothly and safely, the date was set for June 17th at the very same location used in the Hot Version videos: Horse Thief Mile. 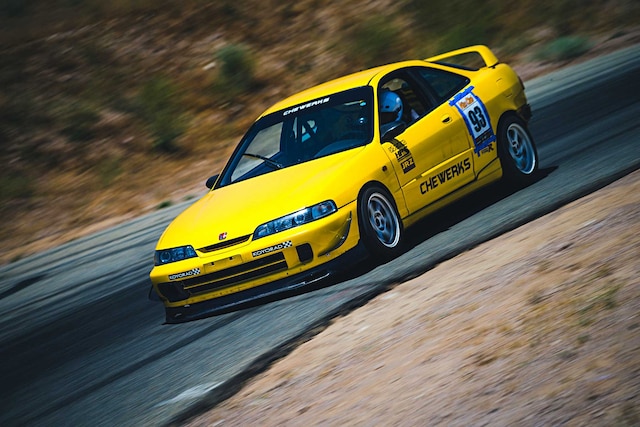 On the day of VTEC Club Round Three "Touge Stage" presented by Koyo Radiator, temperatures soared to well over 100 degrees. Despite the heat, just shy of 50 drivers entered the competition. The first half of the day was no different from any other VTEC Club round in that drivers were divided up into run groups based on lap times and experience to run in timed sessions. The drivers competed in their usual classes, based on the engine, suspension, tire and aerodynamic components of the car. Trophies were given to the three fastest times in each class and championship points were awarded as usual, however the time attack sessions doubled as the qualifier for the head-to-head battles to take place in the afternoon. The drivers who ran the 16 fastest times of the day were eligible for the battles, in a series of elimination tournament rounds.

The very first round reminded everybody in attendance this was a completely different form of racing and that anything could happen. Amir Bentatou, piloting an S2000 that he borrowed, set the fastest time of the day and was thought to be a likely contender in the finals, but was ultimately knocked out by Brian Salmeron and his B20/VTEC CRX. The rest of the top 16 battles went off without a hitch, including Gerry Prieto (S2000) knocking out Robert Blauson (Civic); Dan Beachnau (S2000) put a gap on Michael Caputo (Civic) and moved forward; Andrew Silvera (Civic) took the win against Ryan Constantino (Civic) due to Constantino spinning; Jason Kim (Integra) and Garry Drowfe opted not to run, giving Billy Jane (S2000) and Andrew Munteanu (Civic) easy wins; Tim Crane (Civic) took out Brandon Cruz (Civic) and moved on to the next round; and finally Ryan Rucker (S2000) was able to outrun Scott Dukeshire (Civic). 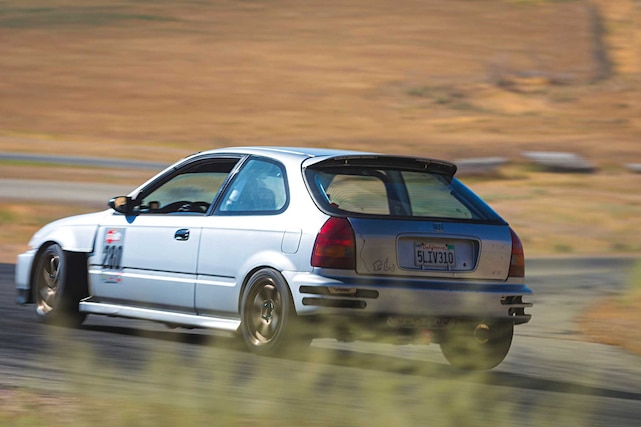 In the next round, Gerry Prieto was able to put more than a two-car gap between himself and Brian Salmeron, which ended Salmeron's day, while Daniel Beachnau took out Andrew Silvera and Billy Jane knocked out Andrew Munteanu, leaving an all-S2000 semifinal — or so we thought. In the final battle of the second round of eliminations, Tim Crane in his B-series Civic faced off against Ryan Rucker in his S2000 and won, securing a place in the semis. When the dust cleared, the semifinal results came in with Crane having beaten Jane, and Beachnau's journey to the top ended at the hands of Prieto. The anticipation in the air was palpable as Crane and Prieto lined up for the final round of the day, Crane in his front-wheel-drive B-series Civic, and Prieto in his rear-wheel-drive S2K. The crowd was once again reminded that power and drivetrain layout was but a minor detail at Touge Stage. A fierce battle ensued, each driver leading one run and following in the other, which resulted in each driver winning their lead run! A tiebreaker was called and a coin toss determined that Prieto would lead the "sudden death" round. Both drivers put on a very impressive show, however Prieto put just enough of a gap on Crane to take the round and overall win.

The staff at VTEC Club once again put on a great event. Despite Round Three being their first attempt at organizing a head-to-head elimination-style tournament, they managed to pull it off flawlessly. We hear yet another round this year may feature the second Touge Stage, this time on another track. It's really anybody's guess which drivers will be knocked out and which will progress onward. After all, it's been made abundantly clear that at VTEC Club's Touge Stage, anything can happen.